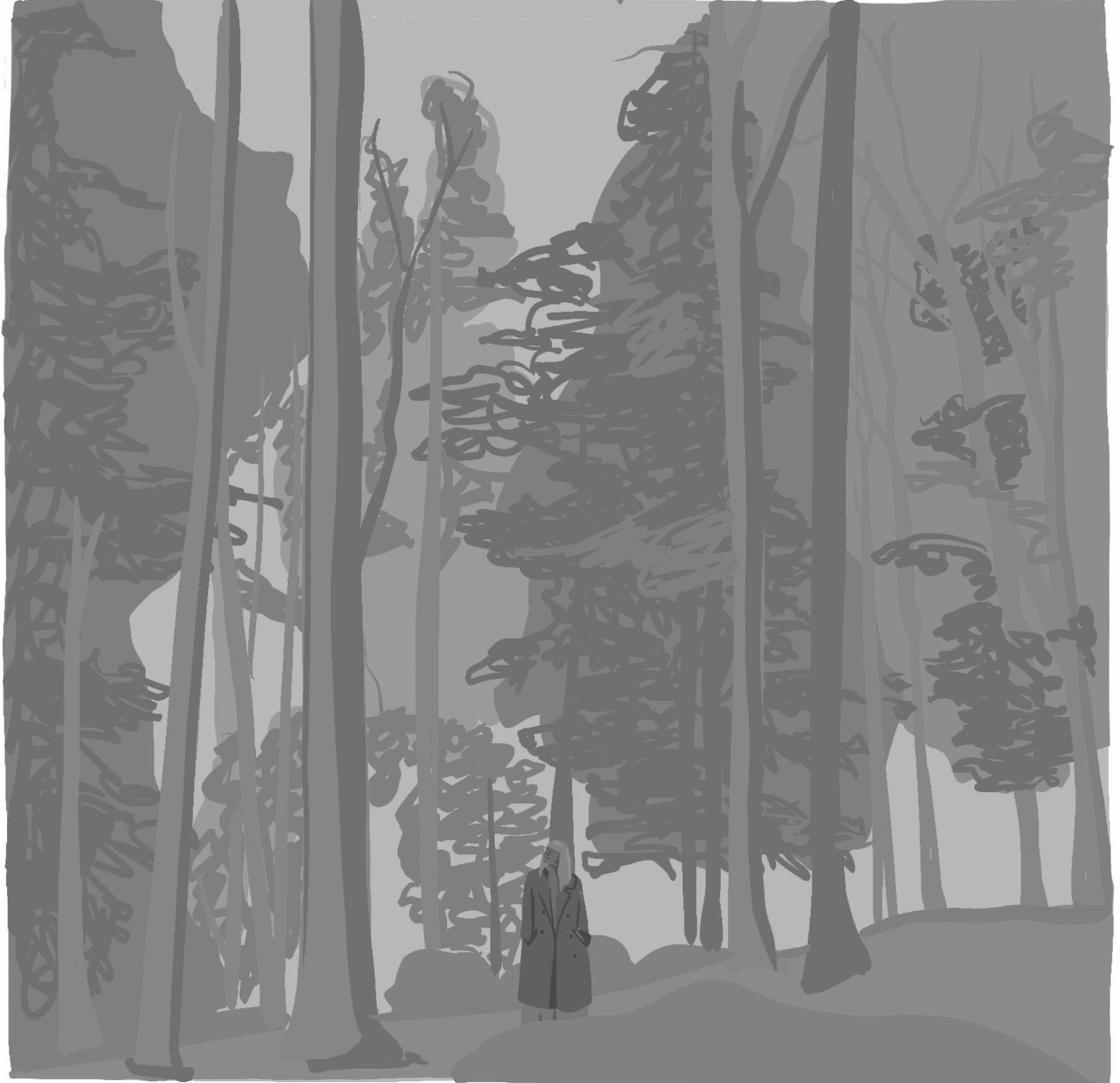 For a world-famous, critically acclaimed, Grammy-award-winning pop star, whose album release dates are highly anticipated, an out-of-the-blue album usually is out of the question —but Taylor Swift proved twice last year that she is full of surprises.

Swift’s eighth studio album, “folklore,” arrived on July 24 without so much as a whisper of warning. With 16 tracks and a run time of 3 minutes past an hour, “folklore” skipped the bells and whistles of promotion and press, and proved that it didn’t need the hype to dominate the charts. The success of “folklore” was immediate, debuting at No. 1 and breaking the record for most streamed album in a single day on Spotify.

A short five months later, before dust could even begin to settle on “folklore,” Swift did it again. “evermore” was released on Dec. 11, under circumstances similar to its sister album “folklore.”

Taking more of an indie approach, these albums were much more personal compared to her previous ones. The tracks are softer and melodic, and are not only about past relationships but also about hope for the future. Songs like “marjorie” reminisce about the little time Swift had with her grandmother, and “illicit affairs” deals with having to move past a relationship that was all-consuming. Alongside them, she includes many songs that tell a story like “the last great american dynasty” that depicts the life of the rich woman who lived in a grand seaside mansion that Swift now owns. 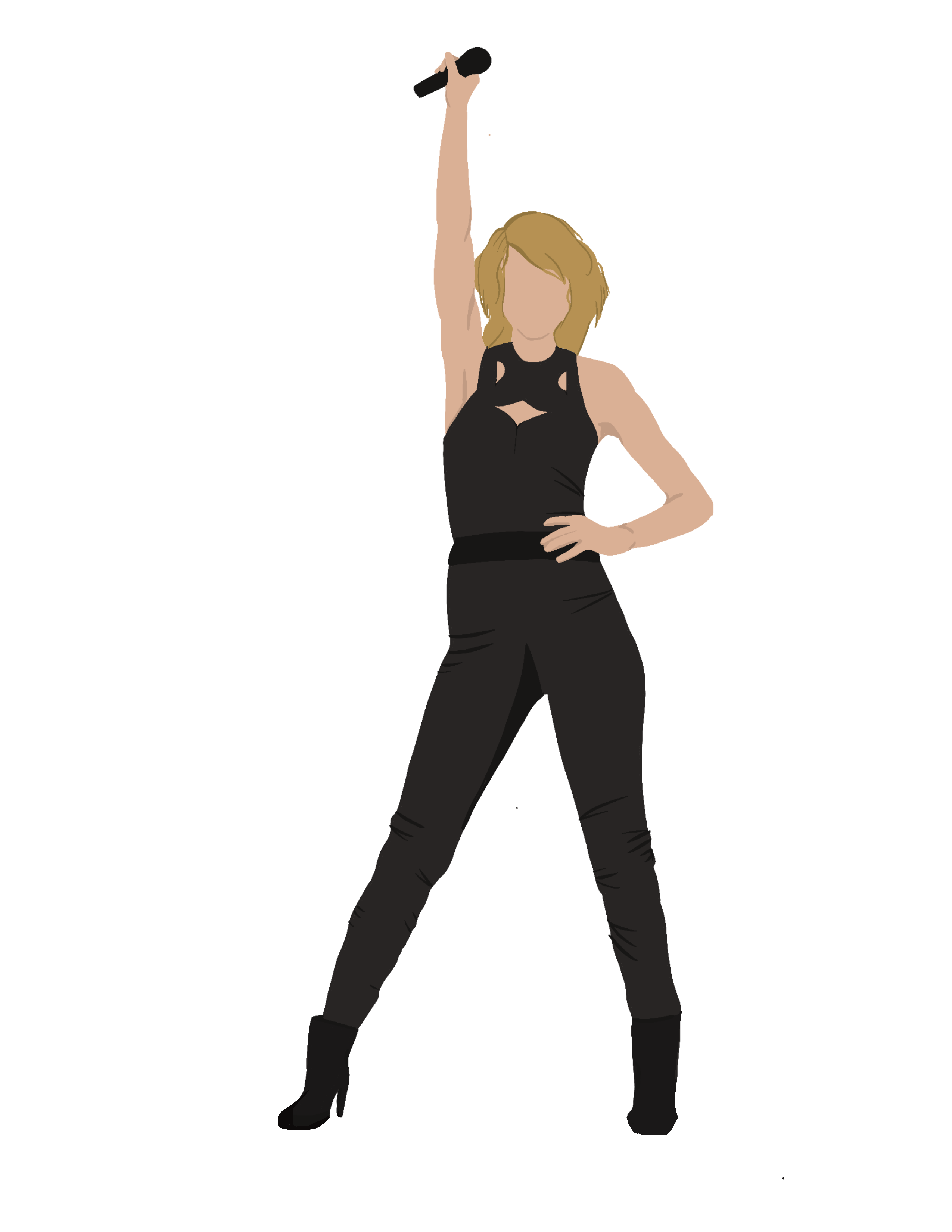 Swift has been in the music industry for almost 15 years, starting with the release of her debut album “Taylor Swift” in 2006, and growing her career and fame with seven more studio albums before dropping “folklore.” She started off in the country genre with albums such as “Fearless” before gradually making her way towards pop music with “Speak Now” and “Red.” Despite being in the music industry for many years, she continues to gain the attention of more people even with her older albums.

“I turned 15 right after I heard ‘Fifteen‘ and then I was like, ‘Oh my God, this is amazing,’” Mukherjee says.

She dove headfirst into Swift’s discography and was not disappointed as Swift continued to deliver.

In 2014, Swift dropped her fifth studio album, “1989,” which won three Grammys and was considered by many to be her formal departure from country music. 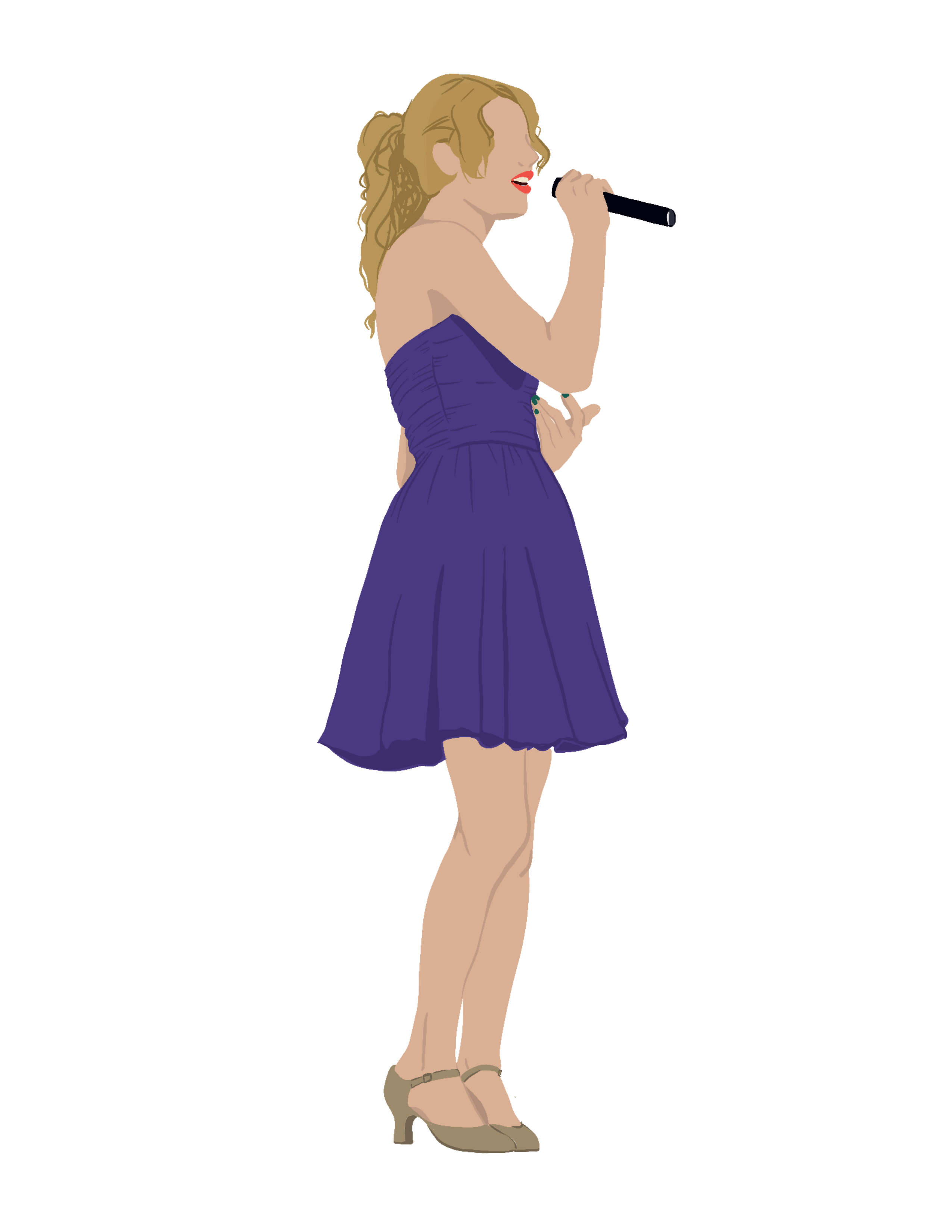 “After ‘1989,’ she was in a spot where she was at the top of the world — how do you get better than that?” says junior Sarah Crystal, a self-proclaimed Swift superfan.

Soon after releasing “1989,” Swift strayed away from the public eye after having been in the spotlight for many years and did not resurface until “reputation,” where she reinvented her brand by trading her trademark red lip and blonde curls for dark sequins and a bleached bob. She continued to change her appearance along with the aesthetic of her newer albums, which are more personal.

“‘Folklore’ and ‘evermore’ are from a more detached perspective and having gone through all that, these last few albums feel more reflective,” Crystal said.

Unlike “Lover,” these two albums have less of a pop influence and are sadder, with the emphasis on the piano and guitar. Traditionally, Swift has many upbeat songs on her albums with a few softer songs, but with these sister albums, she has done the opposite. They are also very nostalgic, songs like “right where you left me” and “happiness” dwell on past loves and trying to move on.

“Folklore” and “evermore” are filled with captivating lyrics and catchy chords. These sister albums have a similar sound with an emphasis on the guitar and piano. 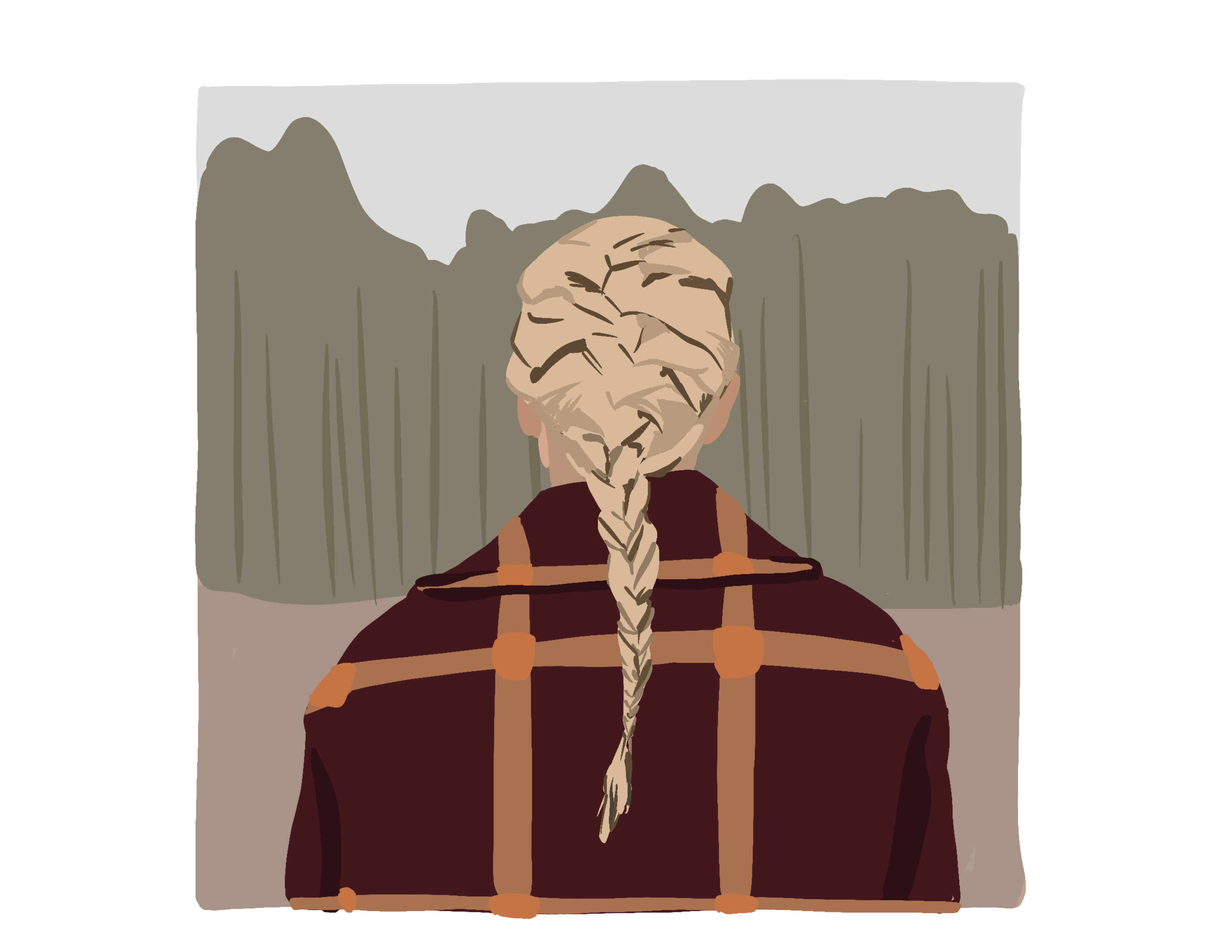 Three songs from “folklore” that soared in popularity were “betty,” “august” and “cardigan.” These songs feature James, Inez and Betty, who were confirmed by People Magazine to be fictional characters named after Blake Lively and Ryan Reynolds’ kids. These three characters are described through Swift’s lyrics as she tells the story of a love triangle between three teenagers and a lost summer that James spent with Inez.

“Betty” is from the perspective of James apologizing to Betty after choosing to spend time away from her. There is a strong guitar presence and a harmonica that shows up throughout the song. “August” follows Inez as she reminisces about her summer with James, knowing that he was never hers even though she really wants him. In “cardigan,” Betty feels the effects of James leaving and is frustrated with people dismissing it as an immature love. These songs all hold a sense of longing and nostalgia with lyrics like “But if I just showed up at your party, would you have me? Would you want me?” 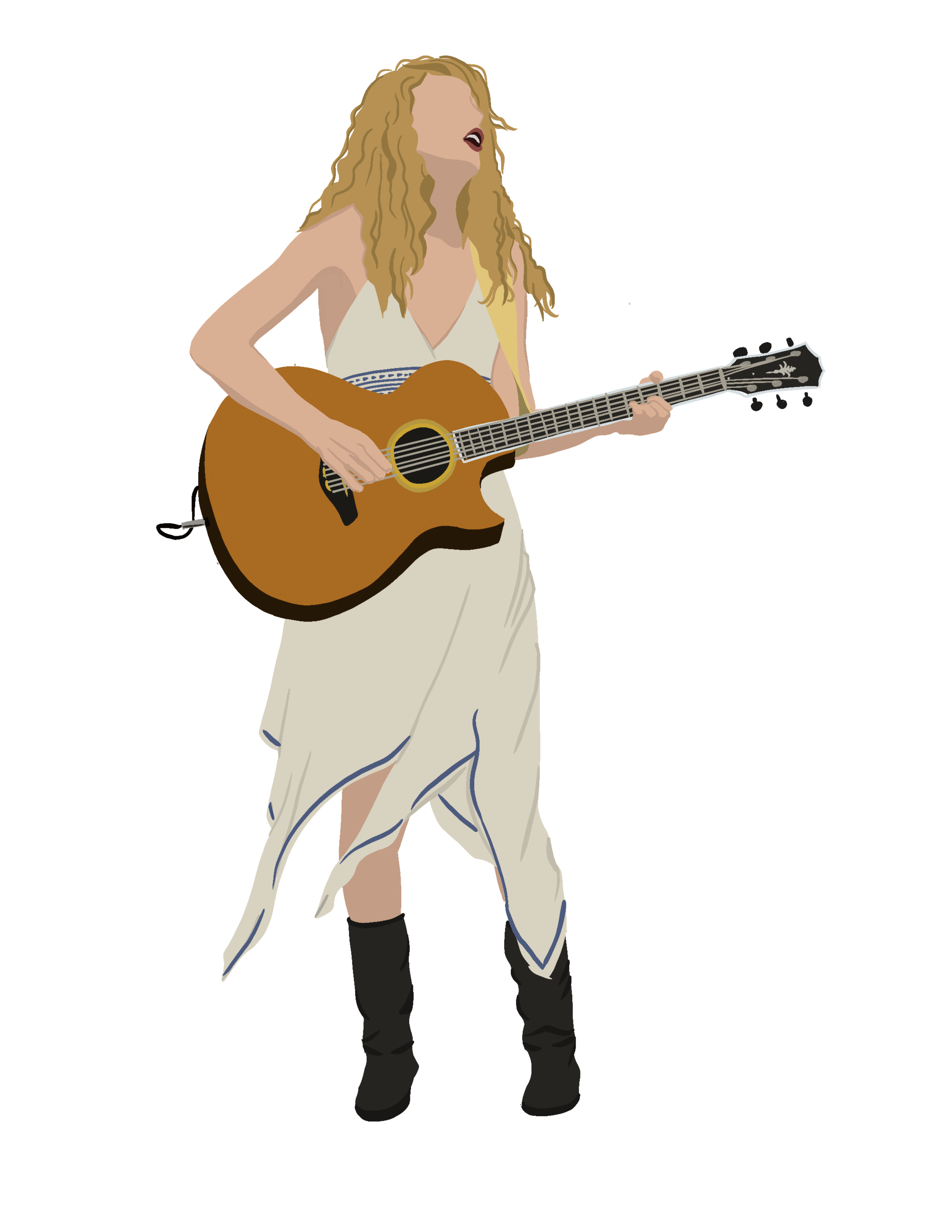 One of the more somber songs on “evermore” is “champagne problems” which is often compared to “All Too Well” from the album “Red” for evoking deep sadness about a failed relationship. Both songs use storytelling to depict scenes of a painful breakup and a rejected marriage proposal, from the melancholy  memories of laughter while dancing in the kitchen to shattering a lovers heart. Lyrics like “you tell me ‘bout your past thinking your future was me” clue into how close the pair were until they weren’t.

“No body, no crime” has the most significant country influence and Swift’s vocals are accompanied by the American pop rock band HAIM. The song follows the story of a vengeful protagonist, whose perspective Swift sings from, as she seeks revenge for her friend’s murderer.

Swift has been keeping busy with rerecording her first six albums. She released “Love Story (Taylor’s Version)” on Feb. 12 and will be releasing “Fearless (Taylor’s Version)” on April 9, which will include 26 songs, including six never before released songs. Having been a part of the music industry for more than 10 years, Swift has contributed her fair share with nine studio albums and climbed the billboards with each one, gaining recognition across genres.

“She’s just doing what she wants,” Crystal says. “She’s not doing it to please anyone.”