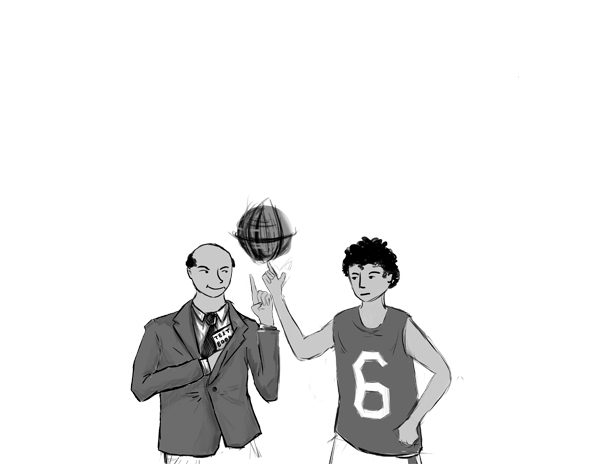 The Plight of the Athlete Student

Academics tend to be forgotten in the world of Division I football and basketball.

Going to college is supposed to be about getting a great education and preparing for the long-term future, right? Well, not always. CNN recently published a piece exposing the shockingly low academic performance of many student-athletes at major public universities.

In the Jan. 15 article, “Some college athletes play like adults, read like fifth graders,” the belief that some universities do not stress academic success among their athletes was strengthened.

“A lot of big time programs will do anything it takes to get certain players, even if it means that they don’t hold them up to the academic requirements that the rest of the school meets,” senior Andrew Frick said. Frick is a member of the Claremont McKenna football recruiting class of 2018.

Prestigious universities are admitting individuals that would have little chance of entry if not for athletics. The desperation for athletic talent on the part of many big schools leads to the creation of special accommodations that allow academically challenged athletes to pass through rigorous classes and miss out on valuable educational opportunities.

Football and basketball players at schools such as the University of North Carolina and Oklahoma State University are being cheated. According to the Wall Street Journal, the most common majors for athletes on BCS level teams are business, sociology and communications, majors not known for being overly rigorous.

They are being given a free “education,” one that does not truly prepare them for the challenges they will face after their athletic careers have ended.
Mary Willingham, a learning specialist at UNC Chapel Hill who runs a tutoring program for athletes, has seen athletes who have fallen through the cracks of the education system. Willingham studied the reading levels of 183 student-athletes. Sixty percent read at a level between fourth and eighth grade, and 10 percent read at a third grade level or below, she wrote.

This sub-par performance is not limited to English. The national average on the ACT standardized test is a score of 20 out of 36. Many football and basketball players who attend major public universities score in the low teens, according to CNN.

Universities need to implement more involved academic policies for student-athletes. If athletes do enter a university based off academic merit alone, they are on the right track. They study hard, and are building up a resume so they may be successful in life after sports.

Athletes allowed to pursue their athletic careers at a higher level should be required to meet the academic standards met by the rest of their peers, or must visually strive to.

In many other sports, or in Division III or less competitive programs, academics play a larger part in the lives of athletes because they know they are less likely to reach a professional level. They know there is life after sports.

Serious efforts need to be made on the part of the university to help student-athletes improve academically. If necessary, athletes may need extensive tutoring and individual attention. If the university is willing to make an athlete the face of its athletic program, they owe it to them to give them a proper education.

They also struggle financially because they are unable to adjust their spending habits for usually smaller incomes. In 2009, Sports Illustrated published a story stating that, within two years of retirement, 78 percent of former NFL players are bankrupt or under financial stress. Within five years of retirement, 60 percent of former NBA players find themselves in the same situation.

To ensure stable, successful futures for athletes after their athletic careers, the importance of academics needs to be reinforced, or we will continue the vicious cycle of leaving good, young adults without the skills to support themselves later in life.