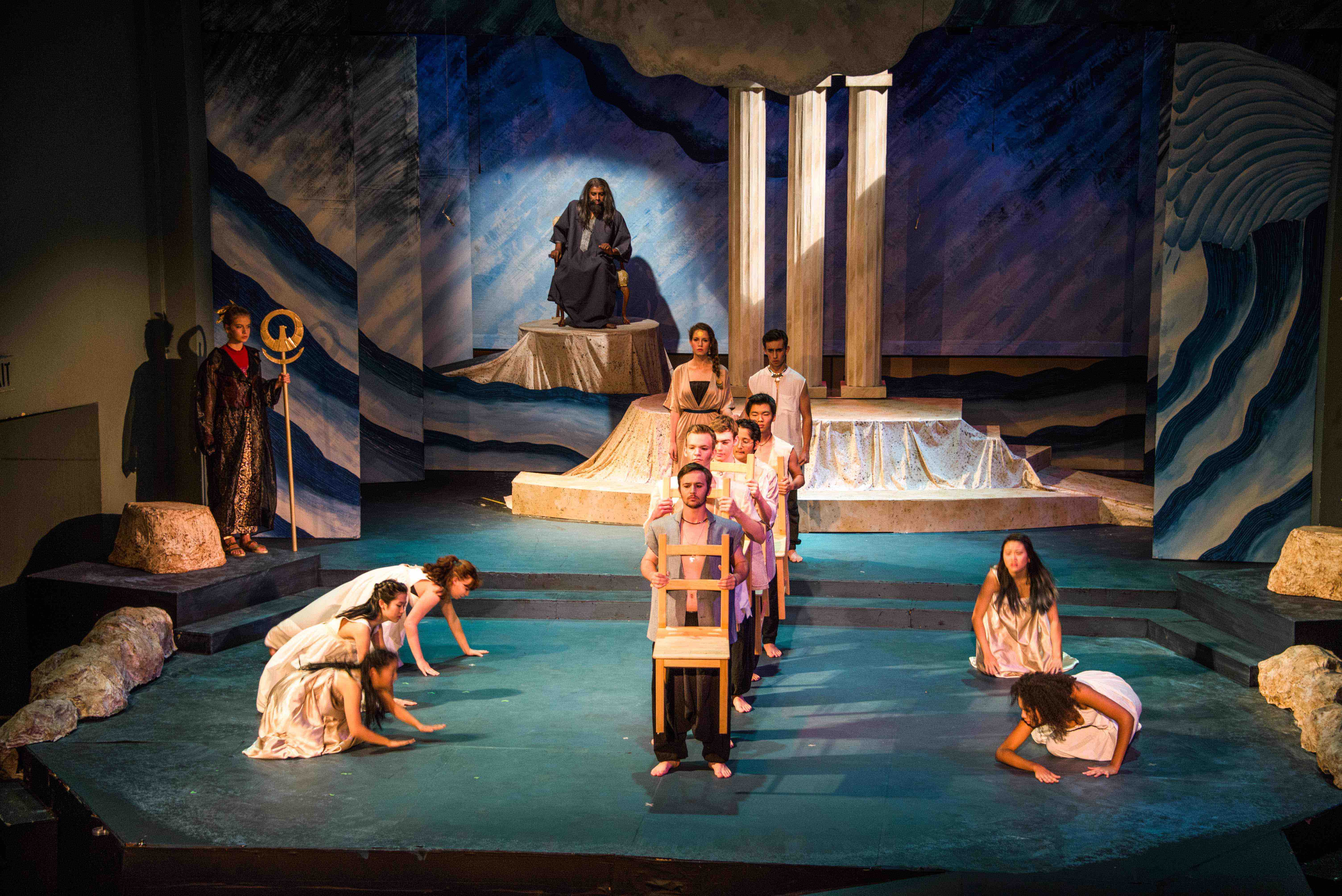 Lights bounce off of an aquamarine blue backdrop as Palo Alto High School senior Ophir Sneh paces the length of the stage dressed as Odysseus. Behind him, paper mache rocks and a large wooden wave simulate a time and place now long gone. As Odysseus, played by Ophir, is confronted with an apparition of his dead mother while traveling through Hades. He is a stranger in a strange land, confused by not only the hellish realm around him, but also by his recent freedom from years spent trapped on a desert island. He wanders from down stage left to up stage right; the disbelief in seeing this wild vision apparent in his voice. But as Odysseus nears the apparition, his frightened whispers are stopped short by an order to cut from Kathleen Woods, the theater teacher and the play’s director.

Paly recently featured its own adaptation of this Greek epic poem by Homer. It follows the journey of Odysseus as he returns home after the fall of Troy. Believing that Odysseus is dead, his wife, Penelope, and his son, Telemachus, struggle to chase away suitors pursuing Penelope’s hand.

With the construction of the Performing Arts Center, Woods says the theater department is saving larger, more elaborate productions for the new building. Nevertheless, “The Odyssey” spared no expense. Theater students burned the midnight oil, sometimes staying at school well past 10 p.m for the November production.

But for many of the veteran actors of Paly theater, this production was just par for the course next to other plays they have put on in their time on stage — productions like “The Drowsy Chaperone.” 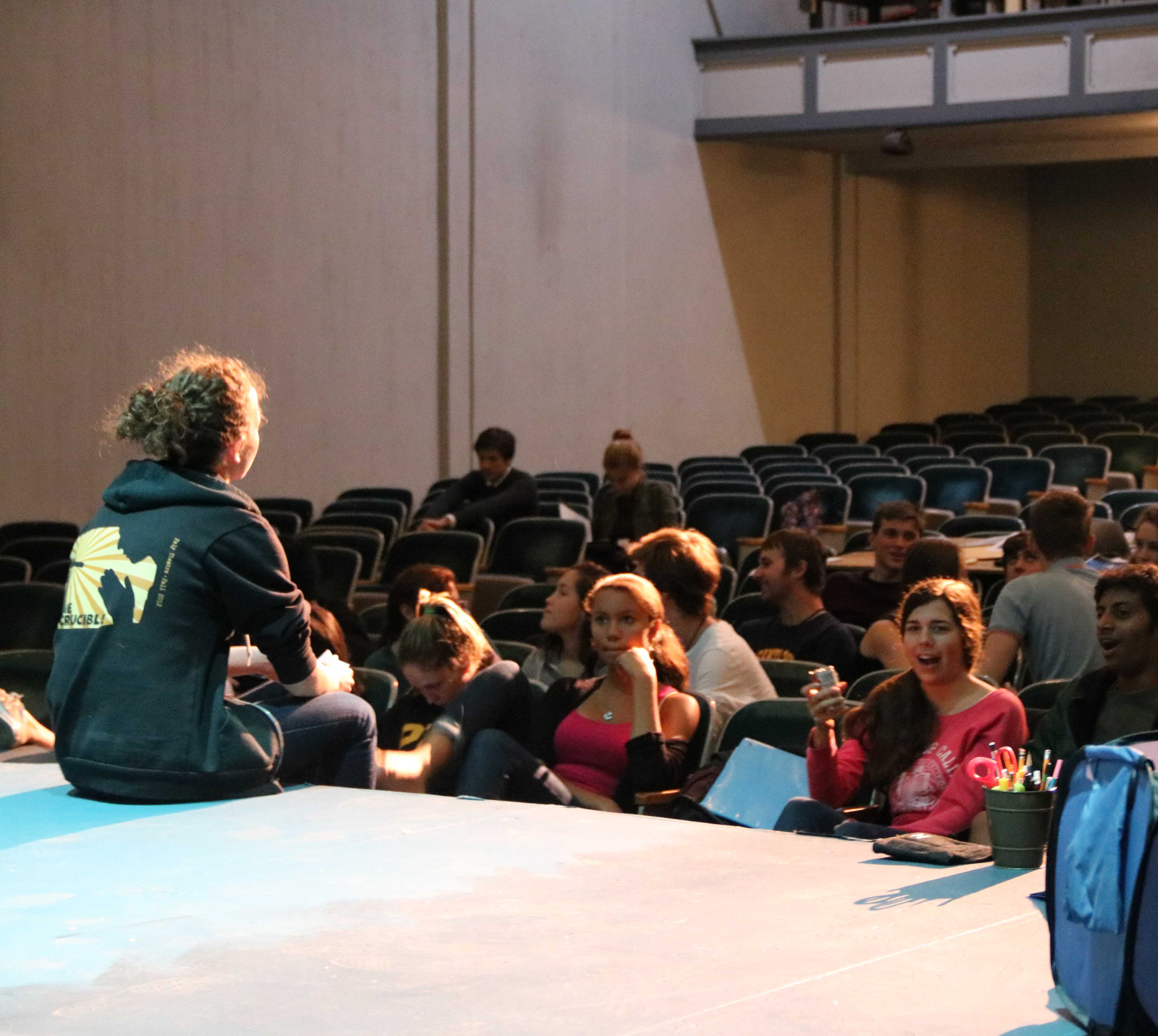 The theater took artistic liberties in its production of “The Odyssey,”  turning it into a play more stylized and fit to Paly. According to senior Charlotte Moffat, the stage manager of the show, the costumes and acting were different from previous productions the theater has put on.

“A lot of the movement is much more exaggerated, and a lot of the actors’ movement and blocking are meant to mimic the stylized and exaggerated nature of the epic,” Moffat said.

Even the costumes and portrayals of certain characters varied from the original version of the play. For example, the cyclops was played by juniors Jason Pollack, Nadia Leinhos and Zoe Dellaert, as well as senior Matt O’Reilly. Leinhos, Dellaert and O’Reilly acted as puppeteers and controlled Polyphemus’s arms, paper-mache head  and back as Pollack voiced the great cyclops. 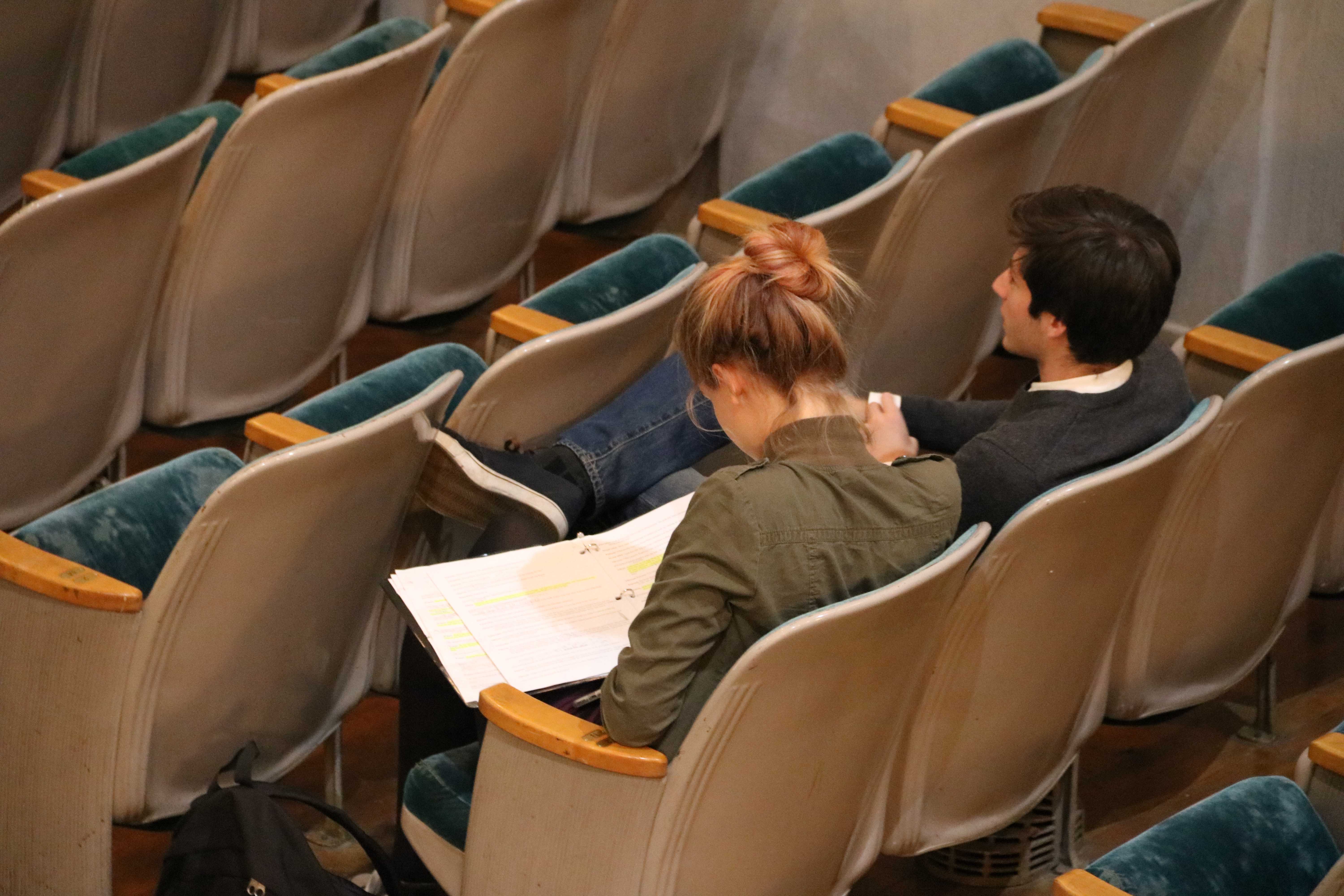 With acting comes great responsibility, especially with a show like “The Odyssey,”  which is written on big characters with massive backstories. Everyone had to research for hours for even the smallest line to know what kind of emotions to channel. According to senior Sophie Swezey, who played Athena, a lot of preparation and research went into learning about their roles.

“With a part like Athena, you can’t just be like: ‘I’m gonna bring my own thing to it!’” Swezey said. “You definitely can do that, but you also need to know the history of the character because there’s so much to know.”

Many of the actors compared and contrasted their life experiences with those of their characters, drawing on these juxtapositions and got into a certain acting mentality. Senior Molly Kraus related to her character, Penelope, by sitting down and considering moments in her life that her character would react to differently than she did when they actually happened.

“I work as a barista, and sometimes when I get bored behind the bar, I will pretend that I am a queen just like my character,” Kraus said. “I feel a lot stronger when dealing with entitled customers, and it’s very entertaining on my part.”

While the performers have to make their own preparations for their characters, some backstage jobs require their own research. Stage techs in charge of makeup, design, and costume in particular had to learn the minute details about characters in “The Odyssey” to put on a show that stayed true to its nature. Junior Georgia Touloukian, who was the head makeup and hair designer, had to research hairstyles that were popular in ancient Greece. However, she reports that the makeup was more stylized to Paly’s interpretation of the play. For instance, Poseidon, the God of the Sea, portrayed by junior Peter Maroulis,  had blue eyeshadow dusted over his face to give him a distinct, but faint blueish tint.

Each production teaches the actors lessons that they keep for life, from discovering new facets of their personality to discovering new passions. Dellaert, who played Aphrodite and Odysseus’ mother, among other roles, expressed that theater has helped her learn about self-acceptance and confidence.

“By creating different stories and becoming different characters, you get to learn more about yourself,” Dallaert said. “If you have to play a hero but normally you’re a very shy person, that can help you build confidence in the real world.”

With “The Odyssey” specifically, actors wanted to expand on their repertoire of acting experience while stage techs wanted to develop their prowess in their individual jobs. As stage manager, Moffatt took responsibility for all the other subgroups of the techs, such as costume, and coordinate the technicalities of the entire play.

“I just want to get a better sense of my leadership style and learn to become a better communicator, because honestly that’s just something everyone should improve on,” Moffatt said.