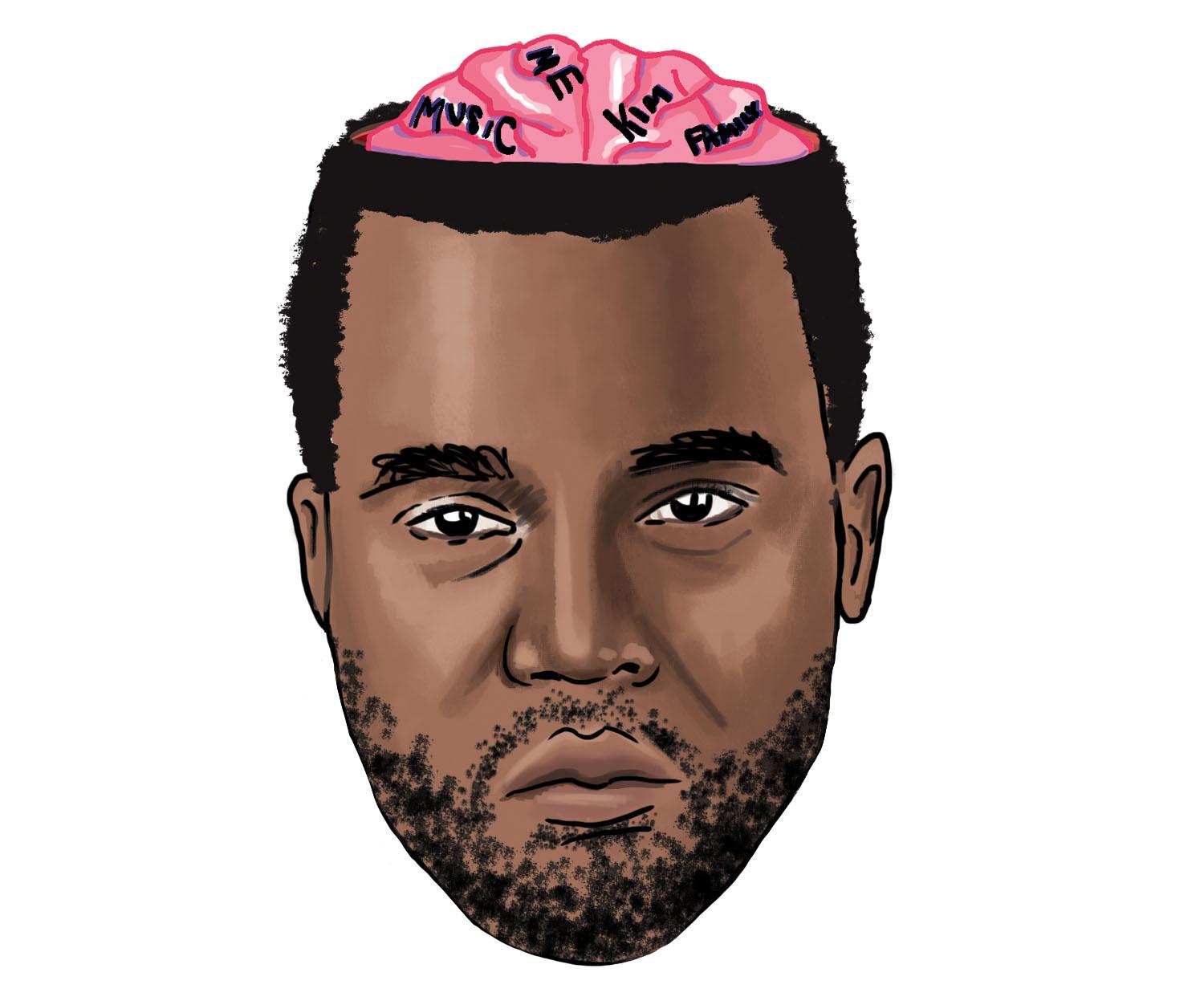 The Life of Kanye

It’s quiet and then a little boy starts to preach: “We don’t want no devils in the house, God/ We want the lord/ And that’s it.” His passionate sermon becomes a backdrop when another youthful voice hums and sings a riff. It’s pure gospel, fragile and almost sacred, until Kanye West’s deep voice interrupts this peace with a sing-rap combination. He raps about his love and faith to God, establishing parallels between “The Life of Pablo,” the name of his newly released album, and the life of Saint Paul the Apostle, a man blinded by a light from heaven as he was journeying to Damascus to persecute Christians.

West’s vulnerability and seemingly sensitive attitude in his first track, “Ultralight Beam,” contrasts the arrogancy that West is known to symbolize. In this track, he begs us to “Pray for Paris/ pray for the parents,” a sentiment that certainly clashes with his countless inflammatory remarks.

Despite having received raving reviews characterizing his music as “ground-breaking” and a Grammy for his debut album “The College Dropout,” West has dominated the public spotlight because of more than just his rap: he’s not afraid to speak his mind and he’s not afraid to make headlines while doing so.

In 2005, alongside a petrified Mike Myers, West proclaimed that “George Bush doesn’t care about black people” during NBC’s Concert for Hurricane Relief in honor of the victims of Hurricane Katrina. In 2006, he posed on the cover of Rolling Stone magazine as a bloody Jesus Christ and in 2016 he announced his offically unofficial run for office in the 2020 presidential elections.

His most infamous moment was during the 2009 MTV Video Music Awards when he called out Taylor Swift for her Best Music Video win. As an avid Swiftie, I was appalled. How dare he mess with America’s country sweetheart? But I soon discovered his first few albums, like “808s & Heartbreak” and I was transformed into a rap-loving 10-year-old. I didn’t understand his lyrics, but his voice was melodic, yet tart and strident.

I became accustomed to his frequent tirades and almost found them endearing. Where else in the world could a black man rave about his accomplishments and proclaim himself “the best?” West represented a sort of self-love that no one other than an egotistical maniac like himself could profess.

Fast forward six years and West is generally regarded as arrogant, insane and dismissive. Public opinion about him is mostly negative, which has generally reached Palo Alto as well.

Louie Marzano, a Palo Alto High School junior is especially upset about the quality of West’s new album. He is a former Kanye West fan who stopped liking West after what Marzano described as West’s decline in artistry.

“I used to be a huge fan, but I just felt this new album was not what I remember Kanye West to be,” Marzano says. “I’ve tried to listen to the whole thing, but with some of the songs, I just cannot make it all the way through.”

Although criticized by many, West’s new album, “The Life of Pablo,” suggests more than his usual self-aggrandizing nature. He also shows vulnerability and care about his family, his work and his image. 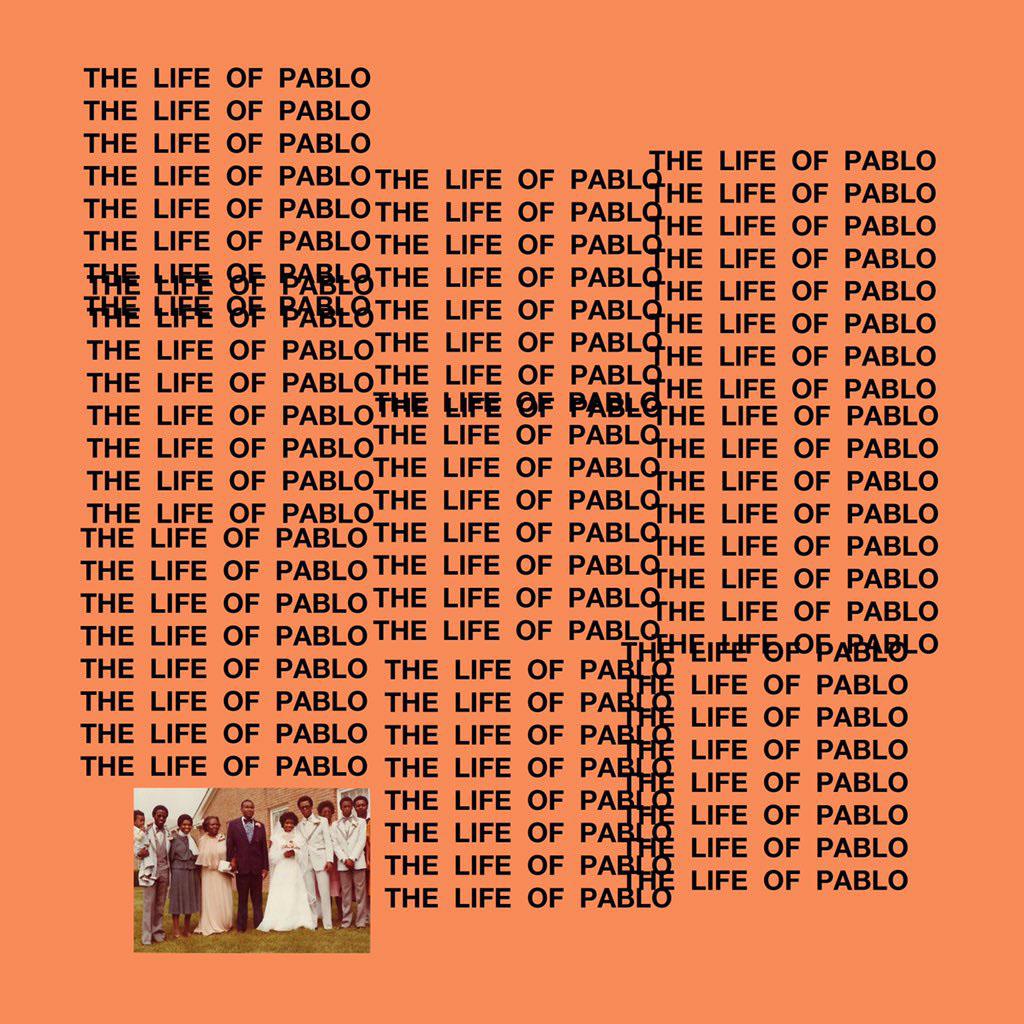 Kanye West is arrogant, insecure and dismissive, but also caring and so much more — he is a walking contradiction and frankly an emotional mess. But “The Life of Pablo” reflects that mess artfully. Like all great rappers, West reflects his feelings into his work. West is strange, which is exactly why “The Life of Pablo” is strange.

The album lacks any semblance of order or central theme. It’s a stylistic disarray of gospel, trap music and autotuned old-school West rap — essentially a condensed version of West’s discography.

“Ultralight Beam” makes you clutch your chest and shout “Oh, Lord.” Its blatant religious undertones, matched with a booming organ, suggest that it is a prayer for peace, both in West’s mind and the world. The best parts of this track doesn’t include West. In terms of rap, he is overshadowed by new comer Chance the Rapper, The-Dream, Kelly Price and gospel musician Kirk Franklin. Nevertheless, it is clear that “Ultralight Beam” is a West creation. Similarly, “Low Lights” is gospel-inspired and euphoric. These two tracks are among the best in West’s new album simply because they transport the listener to a sweltering hot afternoon in the heart of Georgia in a black church.

West’s big “hit” of the album seems to come in the form of “Famous.” But it doesn’t deliver. Matched with Rihanna’s voice singing Nina Simone’s “Do What You Gotta Do” and inflammatory lyrics about his role in making Taylor Swift famous, the track will give you whiplash. One second you are immersed in West’s provocative lyrics and the next you are taken into a soft, broken voice admitting his problems with fame.

Lyrics like “Name me one genius who ain’t crazy” on “Feedback” and “I’m a deadbeat cousin, I hate family reunions” on “Real Friends” show his discomfort with himself. To him, he is brilliant — a modern virtuoso — but he’s isolated from reality and his family.

His him-against-world attitude appears everywhere in the album. In “FML”, West professes his love for his wife Kim Kardashian rapping, “They don’t want to see me love you.”

One of the most memorable tracks is “I Love Kanye,” in which he admits that “I miss the old Kanye, straight from the ‘Go Kanye. I hate the new Kanye, the bad mood Kanye/The always rude Kanye, spaz in the news Kanye.” On the surface, these lyrics reflect an insecurity and self-doubt not synonymous with the “Kanye” brand. But instead, the track is essentially a middle finger to his old fans. The track is an arrogant claim: I am better than I was before.

In “The Life of Pablo,” West is an egotistical maniac who is still grappling with fame after 12 years in the spotlight. But in that sense, he is refreshing. He is the tortured artist that this generation likes to criticize.

Link to The Life of Pablo on Tidal