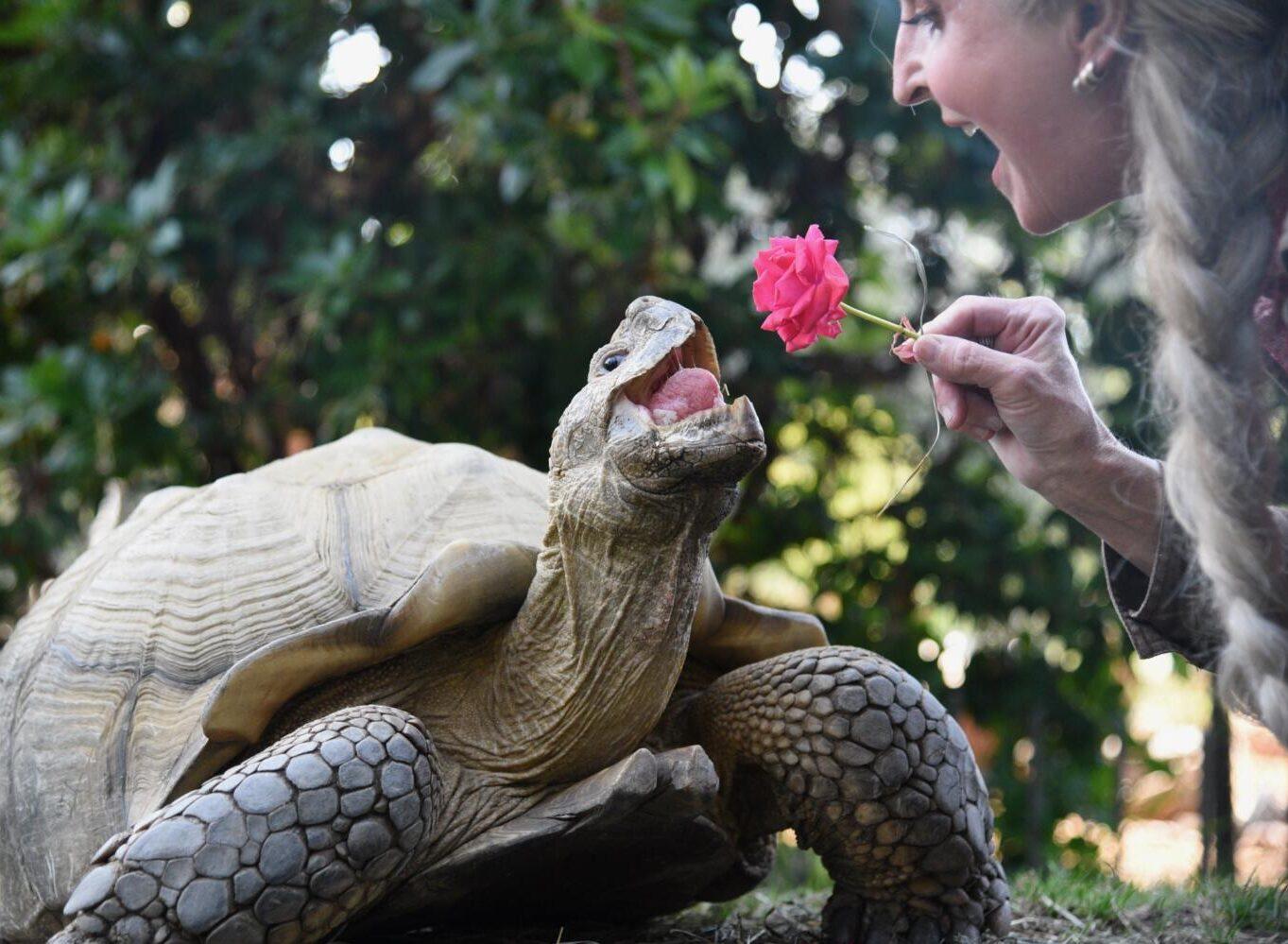 EDWARD THE FRIENDLY TORTOISE — Born in 2000 and a lover of organic roses, Edward can be seen taking walks around the zoo with his best friend, Zookeeper Lee. "Edward and I met on June 2nd, 2012 and we fell madly in love by the fourth of July," Lee said. Photo: Emily Yao

The Junior Museum and Zoo rebranded: anticipating the reopening of a popular local children’s attraction

The first step is the most overwhelming.

As you push open the door leading out to the zoo, your ears are filled with the sounds of parrots’ cries and your sight is bombarded with vibrant flora and colorful birds flying through the sky.

You scarcely know where to look first. Should you venture towards the giant treehouse emerging from the center, or the fluffy meerkats to your right?

Yet, as chaotic as it all seems, everything sings in unison — Welcome to the Junior Museum and Zoo.

The newly constructed Junior Museum and Zoo in Rinconada Park is a drastically different structure compared to the tiny elementary school where Josephine O’Hara first founded the JMZ in 1934.

As the first-ever children’s museum west of the Mississippi, the JMZ prides itself as a local leader in children’s science education with a variety of hands-on exhibits and science programs available to the community.

In 2017, a new proposal for the rebranding of the JMZ was recommended by the city’s architectural review board and a fund of $25 million was raised by the Friends of the Junior Museum and Zoo.

A temporary relocation soon followed and the rebuilding of the JMZ began in June 2018.

Like many other public institutions and businesses, the COVID-19 pandemic hit the JMZ hard.

As a result of the lack of funding and decreasing budget catalyzed by the pandemic, the Palo Alto City Council proposed an $18 admission fee, much to the shock and anger of the local community.

The main concern of the staff was the exorbitant admission fee possibly reducing potential visitors who are reluctant to pay the price.

“Our mission now is to engage a child’s curiosity in science and nature. We try to do what we can for every person.”

After much debate, the price was set at $10, low enough to offset concerns regarding affordability issues, yet also high enough to allow the JMZ to accommodate their budget concerns.

“Ticket price is one barrier for people’s visit. But what we know from a lot of research is that it’s not the major barrier,” Aikin said. “It has to do with the value of the attraction to them and what they’re willing to pay for it. So we want people to pay something because we want them to value their experience enough to be able to pay for it.”

The newly rebuilt zoo is filled to the brim with animals and exhibits. Currently, the JMZ houses over 50 species, most recently including flamingos, meerkats and spoonbills. In addition to all the animals, the JMZ is planning to install a California Dinosaur Garden featuring a tree from the cretaceous period, a fossil dig and life-sized reproductions of California dinosaurs.

“Our mission now is to engage a child’s curiosity in science and nature,” Aikin said. “We try to do what we can for every person. … All of [the JMZ] works to engage children in science and nature so that they learn to love animals. They develop empathy, and more importantly, they begin to understand that science is the process by which we use to understand animals, habitats, ecosystems, conservation and climate change.”

The JMZ is set to open on Nov. 12. Tickets are available for purchase now. 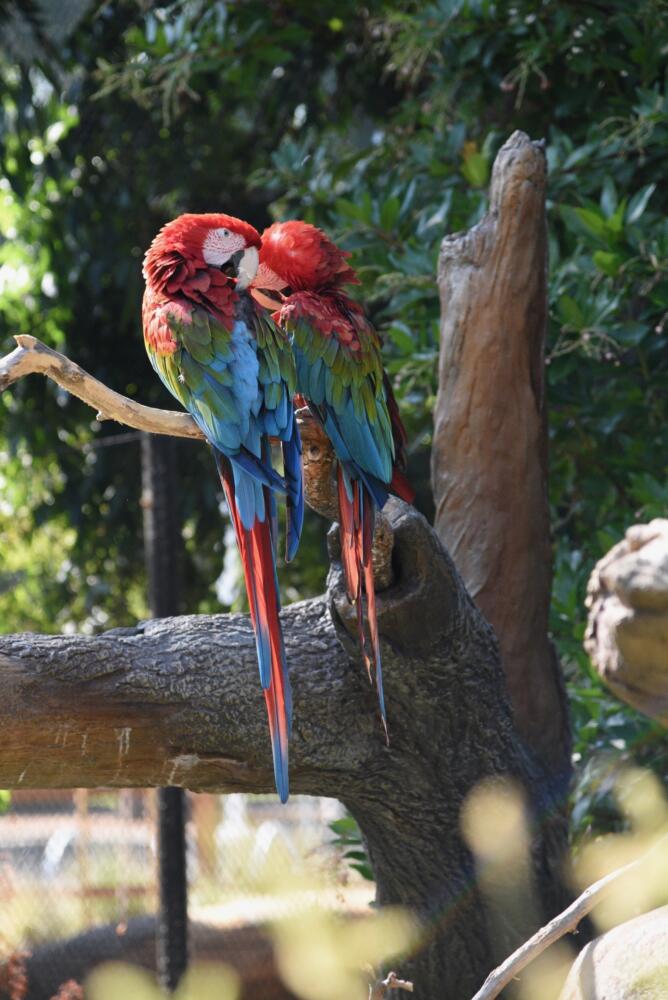 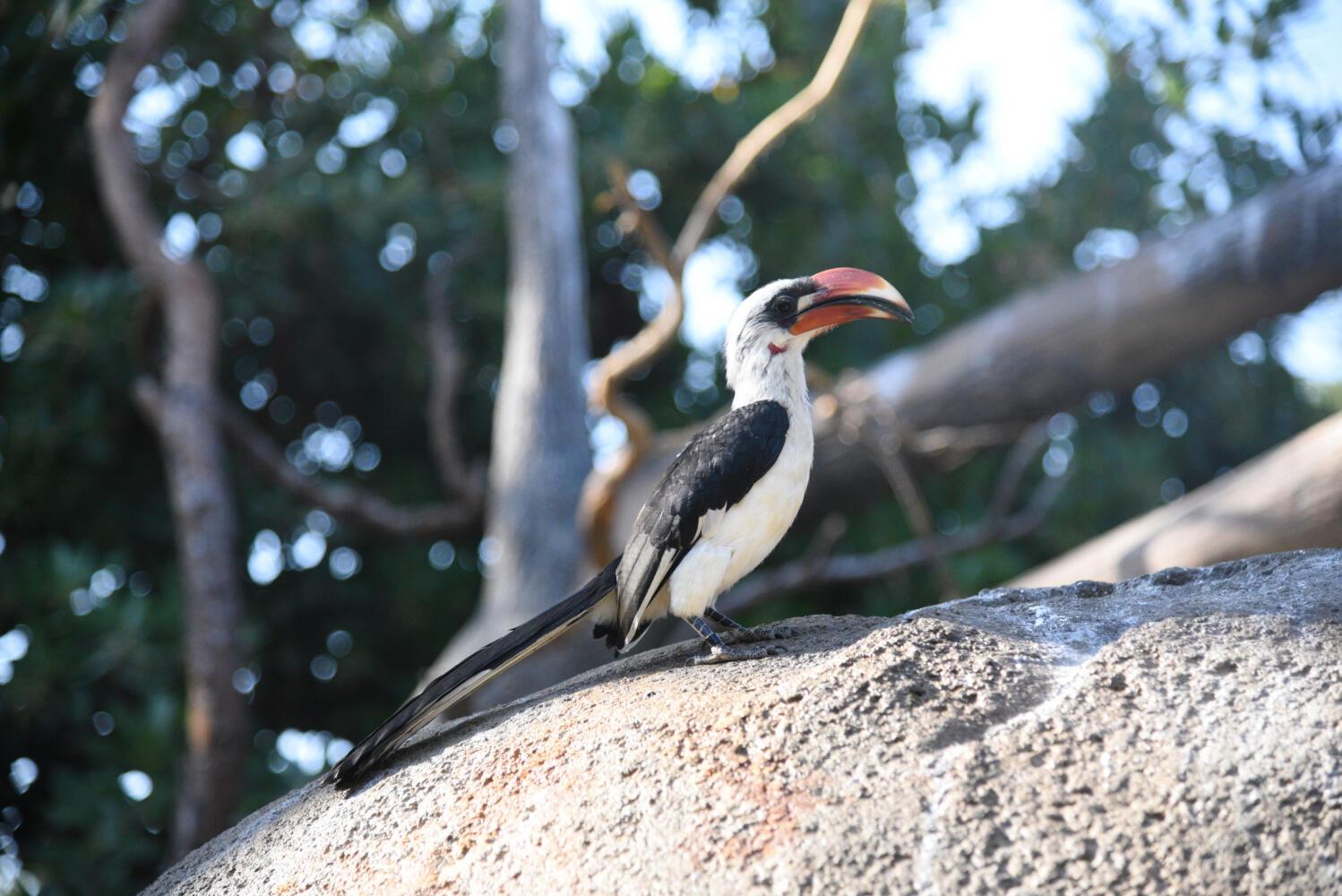 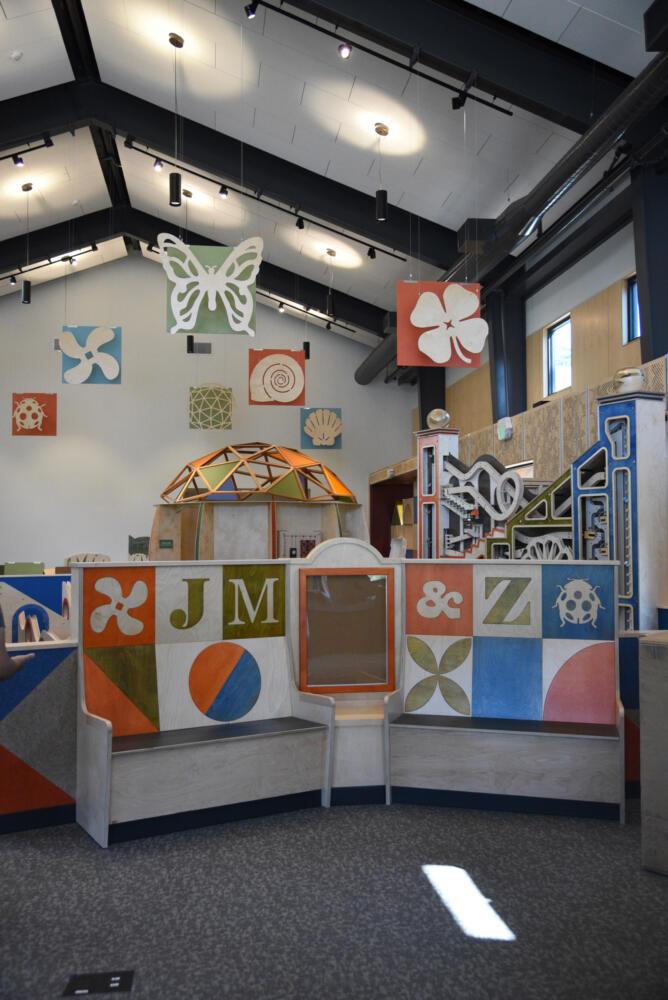 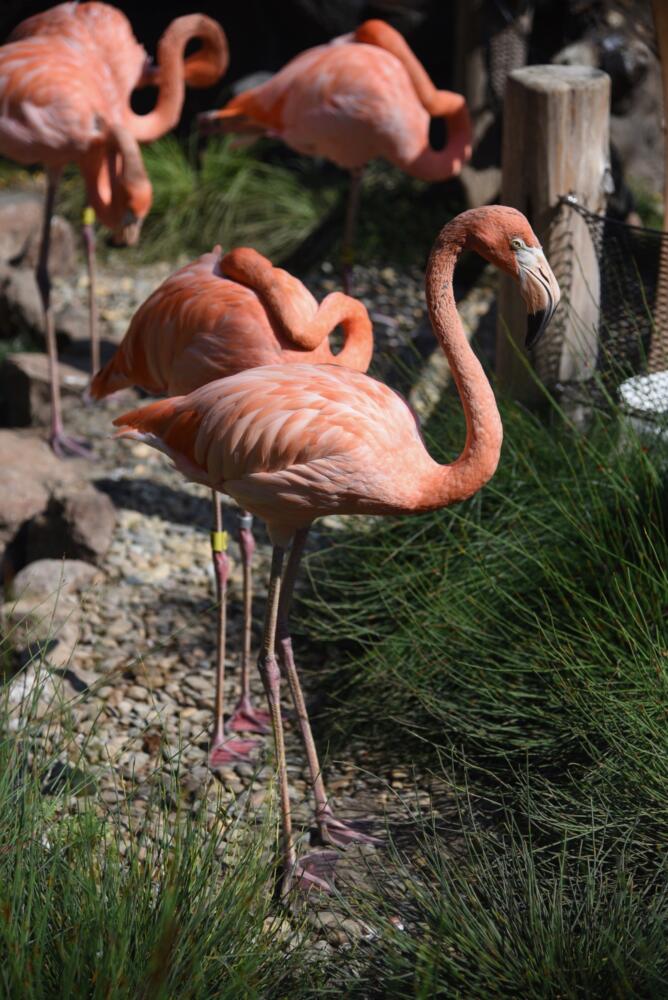 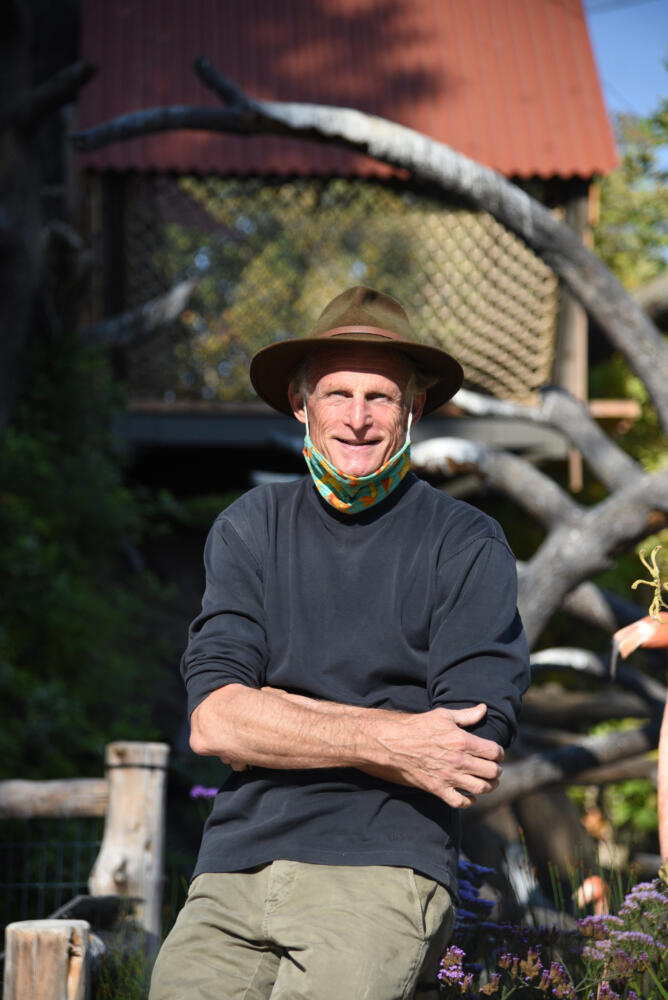 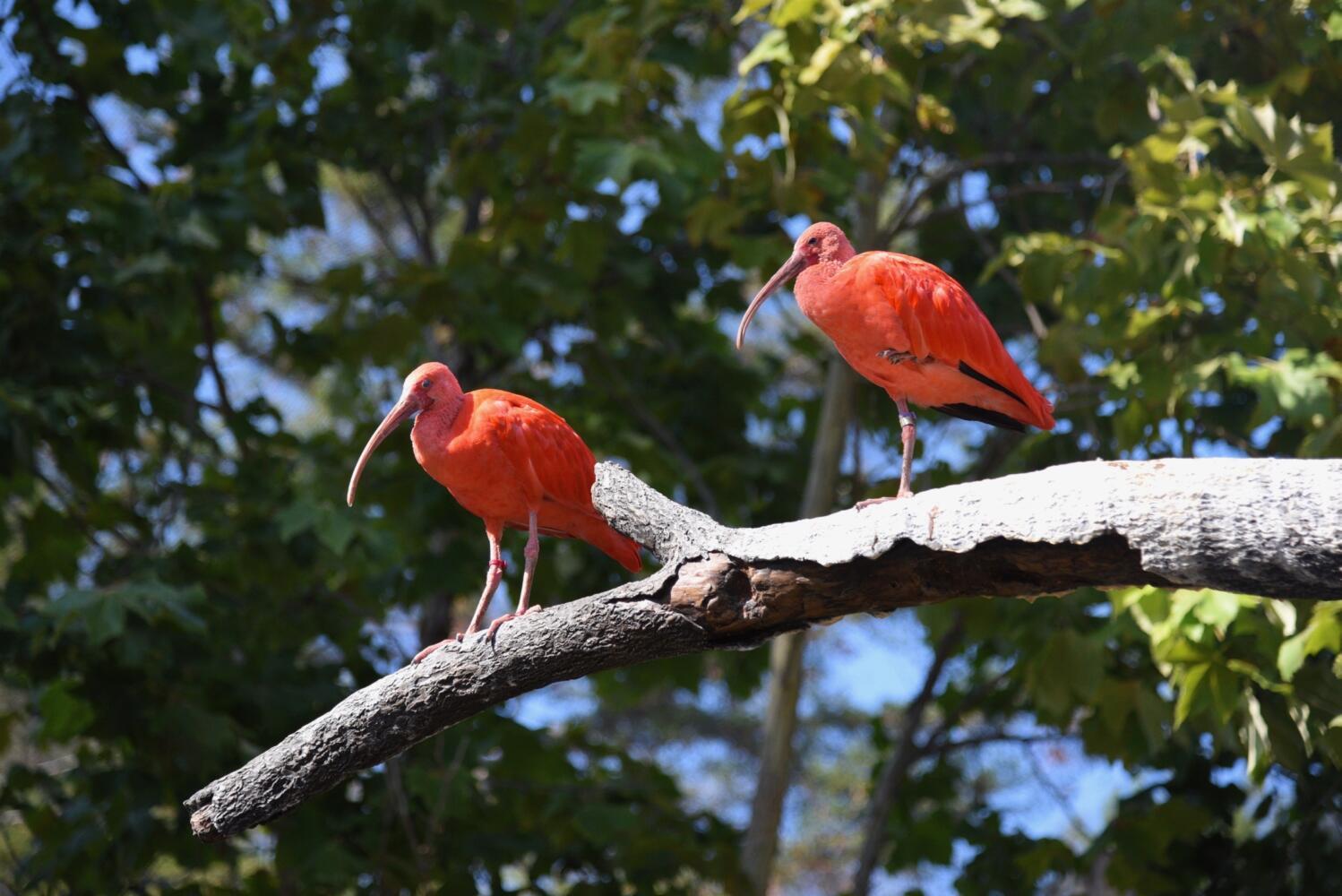 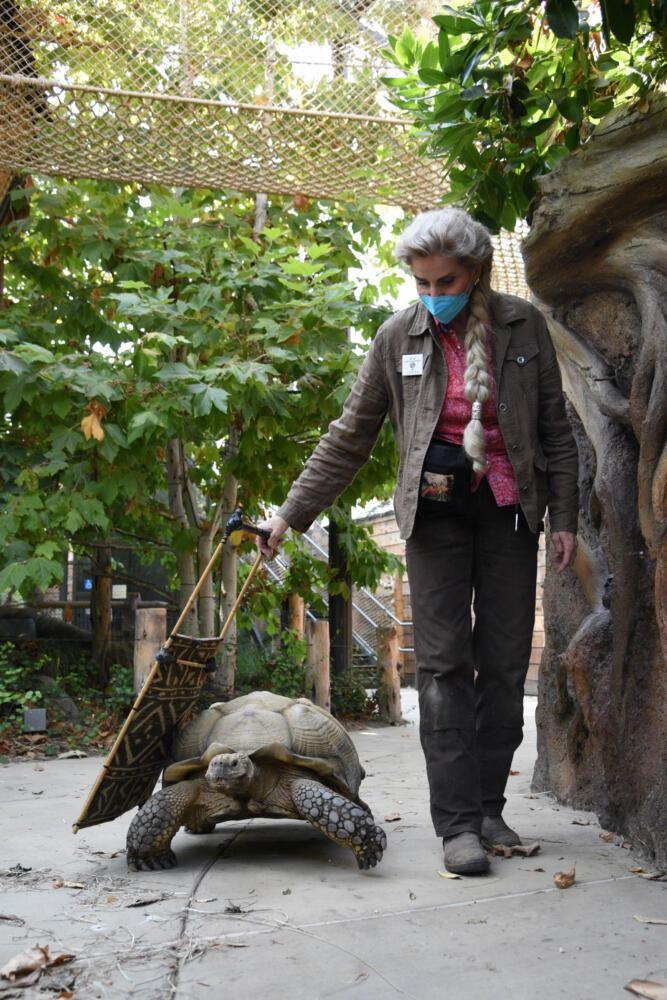