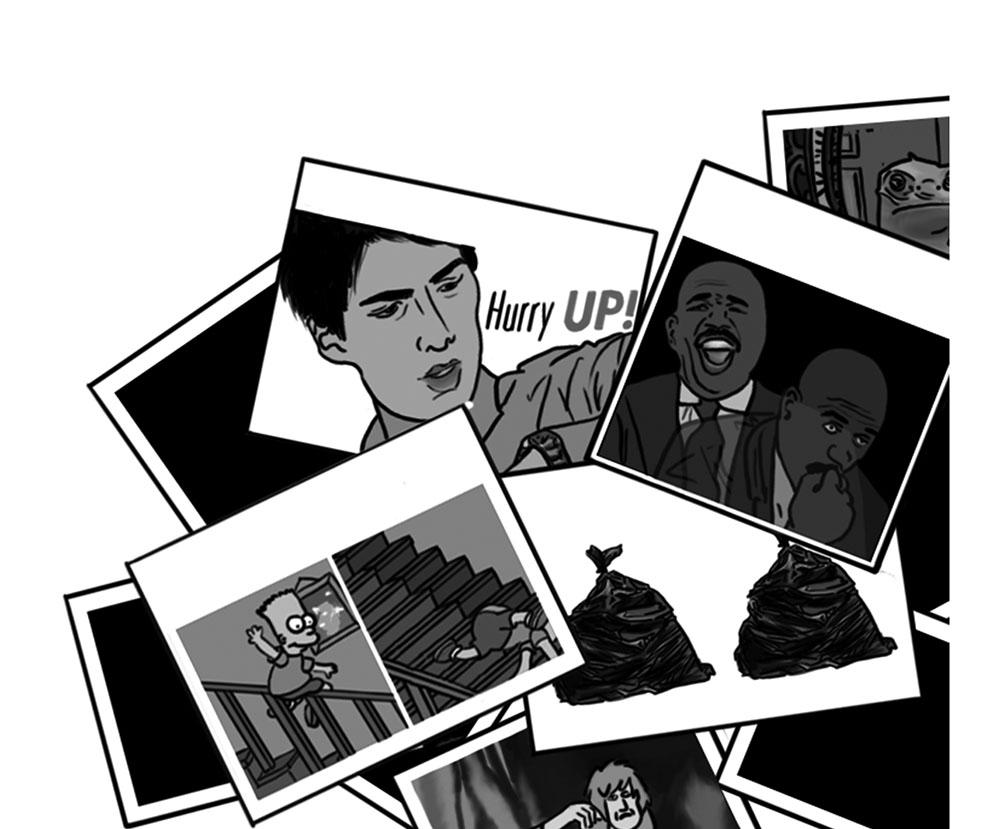 The Joke’s On Me: The Benefits of Self-Deprecating Humor

Trash, sad, sleep. Anyone with any form of social media, whether it be Instagram, Tumblr or Discord, has seen their fair share of self-deprecating humor — a form of comedy that pokes fun at one’s flaws, mistakes or circumstances.

This form of humor has become especially popular among adolescents, when stress from school and friend group drama reaches its peak.

Lately, content creators on various social media platforms have also taken advantage of this increasingly popular brand of humor. With YouTubers like Shane Dawson and Emma Chamberlain incessantly poking fun at themselves in their videos, never have ten-minute videos of a teenager sitting and sulking been so enticing.

Admittedly, I often spend too long browsing my Instagram explore page, laughing at memes and sad movie GIFs with even sadder captions. After a disappointing performance on a math test, there is nothing like a self-deprecating joke to lighten the mood.

But self-deprecating humor is not just for teenagers — it is also used by some of the most important people in the world. Celebrities and heads of state often use this brand of humor to poke fun at themselves, and a handful of exclusive events are also known for including self-defeating humor, including the White House Correspondents’ Dinner.

Besides the ability to get a laugh out of most people, possessing a willingness to poke fun at yourself may make others view you as more humble, approachable and down-to-earth.

“Possessing a willingness to poke fun at yourself may make others view you as more humble, approachable and down-to-earth.“

As someone who often uses self-deprecating humor as a way to break the ice or make small talk, I see the ways in which a simple joke has helped me connect with others.

For example, humor, especially when it involves criticizing yourself, is painfully relatable and helps foster new conversations in uncomfortable situations.

In the past, self-deprecating humor was generally viewed as a degrading form of dark humor and used as a way to hide one’s insecurities.

However, research shows that self-deprecating humor can be used as a tool to relieve mental stress.

It is not just used as a way to cheer you or a friend up — those who use this brand of humor also reap other benefits.

According to researchers at the University of Granada, the use of self-deprecating humor is linked to greater emotional well-being. Contrary to previous assumptions and beliefs, the 2018 study found that self-deprecating humor does not always have negative effects and is even “indicative of high scores in psychological wellbeing dimensions such as happiness.”

Clearly, self-deprecating humor means much more than just a meme. And for me, at the end of the day, the best joke is the one that makes the most people laugh, even if it’s at my own expense.