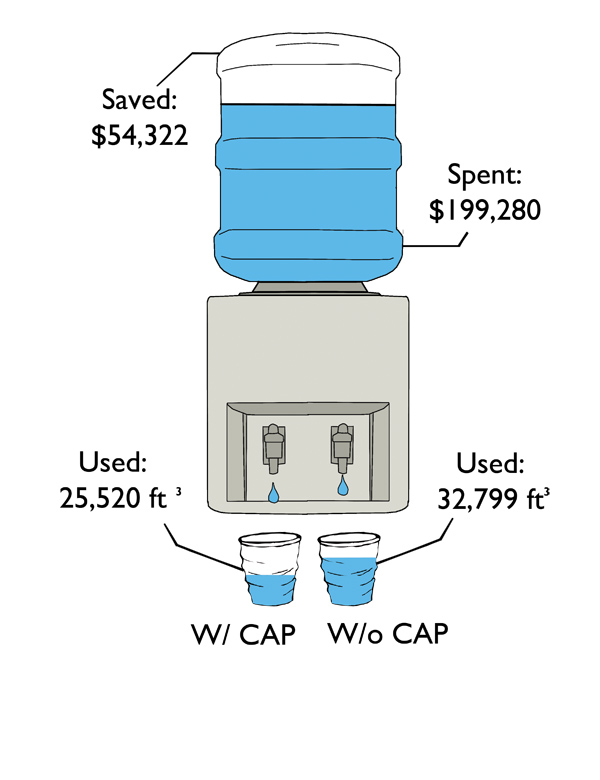 The Green we Spend on Being Green

Palo Alto has been striving to promote energy saving for public facilities and urging citizens to take an active part in Palo Alto Green since 2006.

No different from the rest of the city, Palo Alto High School is doing its part to reduce its carbon footprint. Rebecca Navarro, the overseer of Palo Alto Unified School District’s energy usage since June 2011, has spent her time working with the district to decrease money spent on energy and increase environmental stainability.

“There has been a huge change at Paly,” Navarro says. “This year alone we have been able to decrease [energy related] costs by 30 percent.”

Here are the numbers from the 2011 school year:

Paly has saved $41,363 over the last year on its electricity bill, due largely to turning off exterior lights overnight.

“We are also turning off all exterior lights 30 minutes after the last custodial shift and turning it on 30 minutes before the first shift,” Navarro says. “We used to leave the lights on at night to prevent vandalism and graffiti and improve campus security, but we found out that the lights don’t really make a big difference.”

Some areas for improvement are the common areas of the school, such as the library.

“They [faculty members] don’t usually take responsibility to turn the lights off in the common areas,” Navarro says. 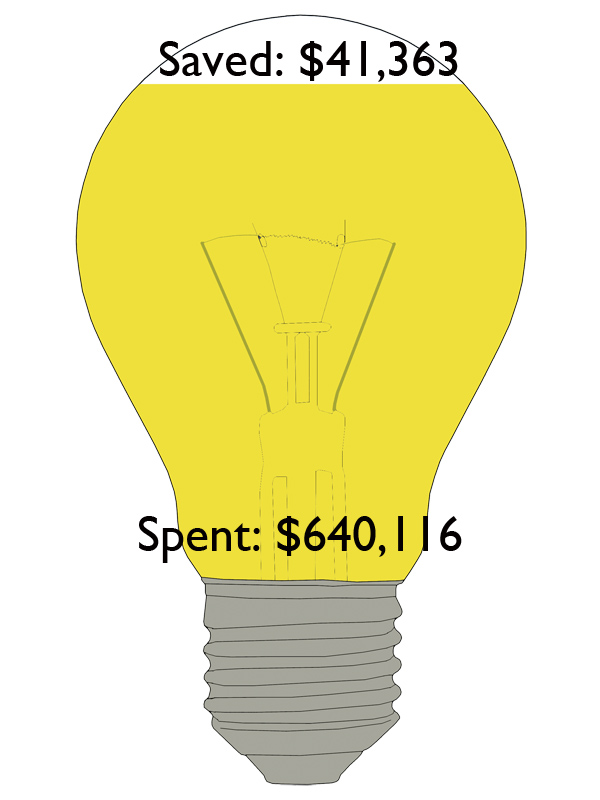 According to the PAUSD annual energy reports, in comparison to the 2010 school year, Paly decreased its water usage by 20 percent last year, from 32,799 cubic feet to 25,520 cubic feet. Even though it might not seem like much, that adds to a total of 5,444,692 gallons of water saved.

“[We] put low-flow aerators in as many sinks and showers as possible,” Navarro says.

In addition, Paly’s new turf fields save an immense amount of water because they don’t require irrigation, thus saving the immense costs of maintaining the fields.

Thirsty for more (savings): Paly is under a cost-avoidance program (CAP) that conserves electricity, water and natural gas.

This year, Paly has reduced the use of natural gas by 19.7 percent by enforcing temperature limits in classrooms and limiting the duration in which the heat, ventilation and air conditioning is turned on.
“During the winter, the heater can’t be set any higher than 69 degrees and you can only cool the room down to 72 degrees in the summer,” Navarro says. “The HVAC [heating, ventilation and air conditioning] is a big natural gas hog because Paly has a rooftop unit for each building instead of individual furnaces for each classroom. If one room wants it [HVAC] turned on, then we’d have to turn it on for the whole building.”

According to Navarro, Paly saved 6,804 Million Metric British Thermal Units  of energy last year compared to the 2010-2011 school year, the equivalent of taking 72 cars off the street or  10,190 trees over a period of 10 years.