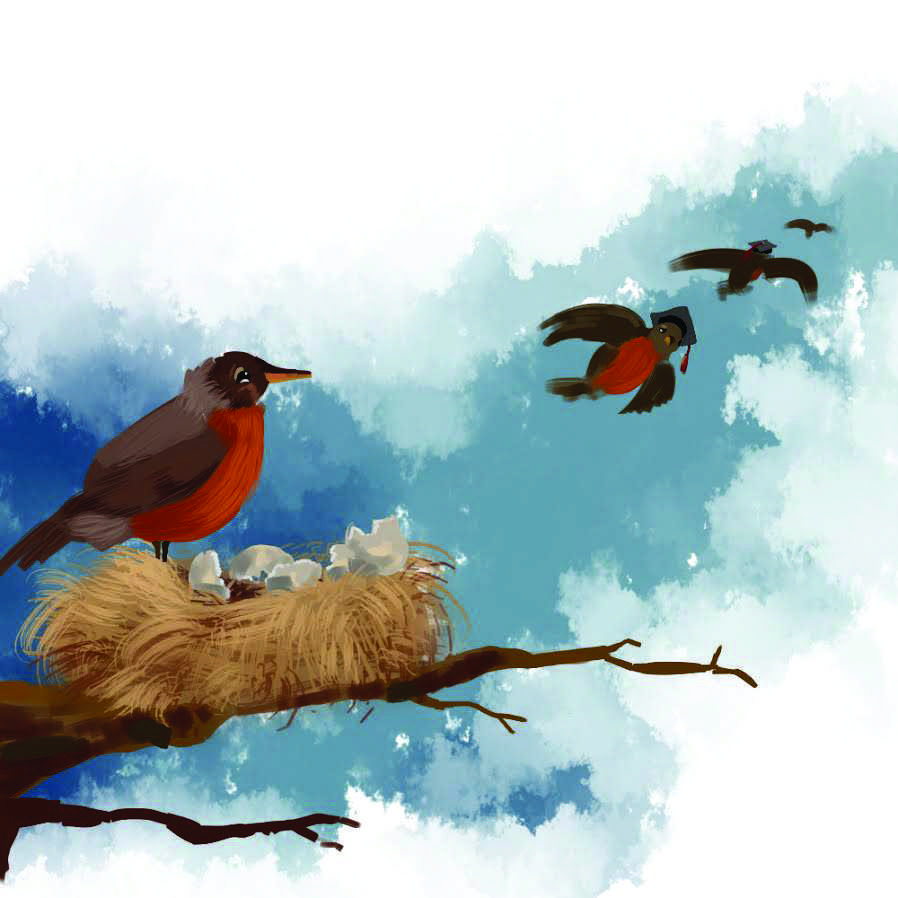 Six months from now, Palo Alto High School senior Maddie Hare’s lacrosse stick won’t be sitting by the glass-paned front door of her home. Her two-pound AP Psychology textbook won’t be splayed out on the dining room table. Hare won’t even be sleeping in her own bed. She’ll be across the country in New Jersey, attending college as a giddy freshman on the precipice of an adventure she’s been anticipating since she first started attending school.

Hare, like the numerous other students who are graduating this May, will depart from home at the end of the summer in pursuit of a higher education and thrilling new experiences. But as she and her classmates move onto the next phase of their lives, they leave behind parents and siblings who must figure out how to adjust to the sudden absence of a family member.

Not all families react to the departure of a family member the same way, and not all students experience the same emotions as they prepare to pack up their belongings and vacate their homes. All, however, must navigate a shifting family dynamic and evolving personal identity as the prospect of the empty nest becomes reality.

In this story, Verde features three families at different stages of this process, each of whom are figuring out how to find comfort within change and happiness amidst heartache.

Perched in her plush purple chair, Maddie Hare’s mother, Anne, rests her cheek on the back of her hand, muffling her otherwise steady voice.

“I think there’s going to be quite an abrupt — I don’t want use the word loss, it’s too strong — but greater than change, less than loss,” she drifts off. From the opposite side of the room, Maddie chimes in.

Anne says this as though she can already see exactly how her mornings will change, what kinds of meals she’ll make, how she’ll adjust her work schedule after her daughter leaves. All these adjustments, tricky for any parent, are made even more complicated by the Hares’ atypical family circumstances — Anne’s husband lives and works across the country, and their oldest son, John, is an individual with autism who lives at home part-time.

“For me, it’s just a particularly difficult transition because Maddie has done so much to support her brother,” Anne says. “Even being here [after school] so I don’t have to leave work early and stuff like that.”

Maddie says that this is her main worry about leaving home. When it comes to leaving her mom, however, Maddie is less concerned.

“My mom is an amazing woman and she does 10,000 activities, so I don’t fear her ever being bored or having nothing to do,” Maddie says.

Anne agrees. But she says that while she knows she’ll find ways to make herself busy, she can’t shake the apprehension that comes with imminent change.

“I think I fear maybe that feeling of loneliness,” Anne says. “When you’re so used to having so many people around, when chaos is your comfort zone, the idea of not having that in your life anymore is disconcerting.”

Their varying perspectives are almost like a mother-daughter tug-of-war. Maddie is sure Anne will adapt, but Anne’s mind is preoccupied with Maddie’s future. Where will Maddie move post-college? Will she settle down in the same state as her siblings? Will she even be able to afford living in California?

“All of these unknowns, I think, play into ‘How much time am I really going to be able to spend with my kid after when they leave for college?’” Anne says. “I don’t even know if you’ll be home in the summer .… So, lots of unknowns. Lots of concerns.” 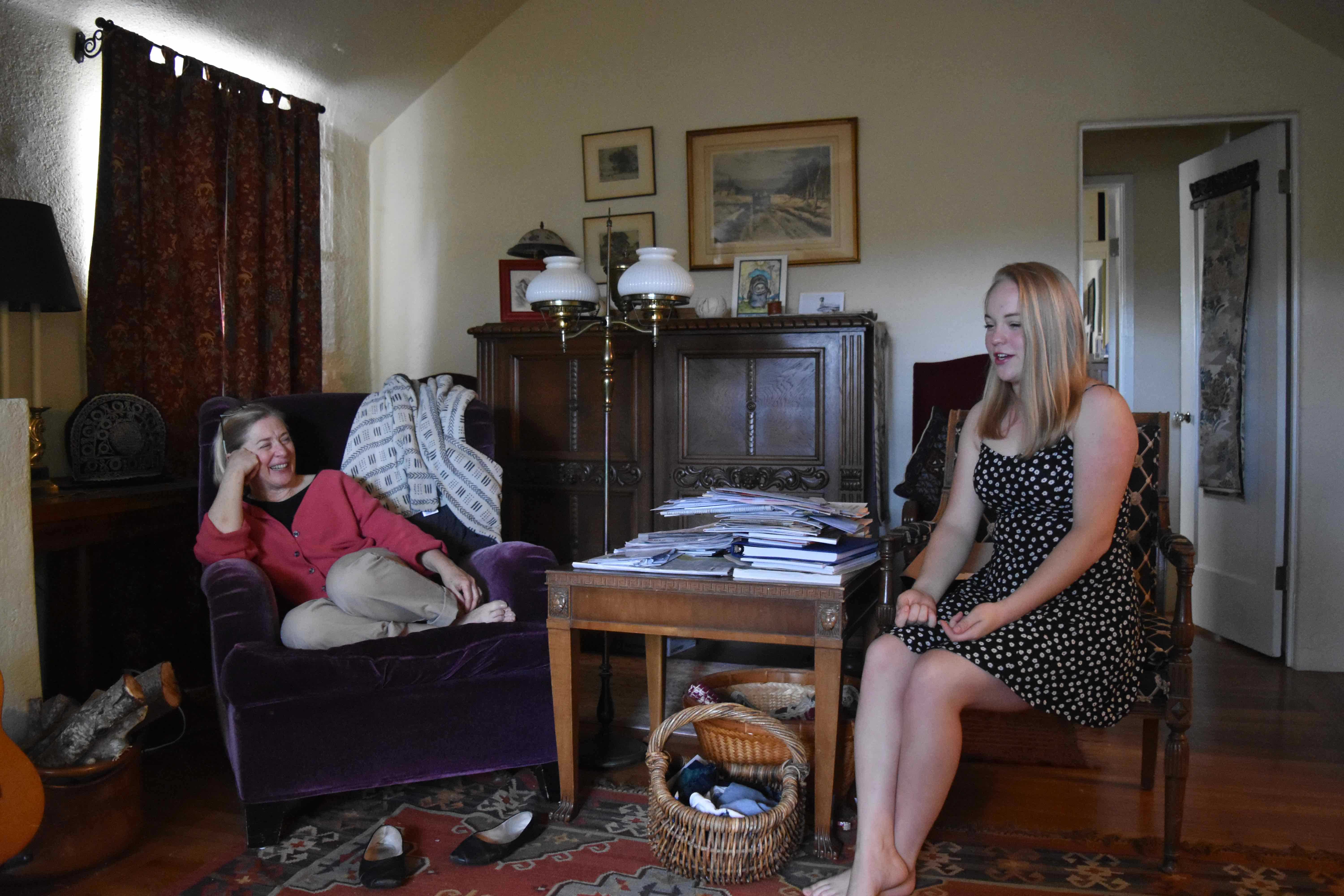 History teacher Mary Sano doesn’t need to teach geometry to recognize the shape of her family. Forming a triangle with her hands, Sano describes how she, her husband and her only child Marcel depend on one another for structure and companionship.

“He was just part of the triangle,” Sano says. “All three corners need to be there to be stable.”

But when Marcel left for college, that structure fell apart. This became apparent to Sano after dropping him off at college for the first time.

“The moment I left him in the parking lot, it was one of the most surreal moments in my life in the last couple of decades,” Sano says. “I did everything in my power not to run after him.      To actually turn my body away and walk towards the car took       everything.”

Sano’s intense emotional response is commonplace among those who are preparing to launch their children into the real world, according to Los Altos-based marriage and family therapist Nanette Freedland.

“As parents we’re told we should be exalting in this moment, taking everything from it,” Freedland says. “And then for some people it’s very, very hard and it scares them and it raises a lot of personal, complicated issues.”

In popular culture, such responses are often characterized as a symptom of the “Empty Nest Syndrome,’ which Freedland describes as a colloquial term used to describe how parents feel when their youngest child leaves the home.

“It is mostly a feeling of emptiness,” she says. “A feeling of, ‘Okay, I’m done with that part of my life, now what? … I have poured all of my energy and my enthusiasm … to this child … and now it feels empty.’”

This description practically mirrored Sano’s emotions in the wake of Marcel’s initial departure.

“I was kinda scared to go towards his room for a while, to see it empty, just sitting there,” Sano says. “I don’t touch his room.”

Marcel has been gone for nearly a year, and Sano is steadily adjusting. Nevertheless, she often finds herself reminiscing about her son’s childhood.

“Marcel used to love going on the overpass,” Sano says. “We could be there for half an hour. I saw a kid doing that the other day, and it made me really nostalgic and wistful for that time.”

After a full year of adjustment, Sano is proud of the progress her son has made, even if it takes him away from home. She’s spent this year getting used to Marcel’s absence, learning to find joy in his journey and successes.

“Throughout the day, I don’t really stop to marvel at the fact that I’ve grown accustomed to the sarcastic, angsty world of high school, with witty jokes being tossed into the air, or people buzzing around on their motorized desks or skateboards,” writes freshman Emma Wu.

Sitting behind her desk with a bucket of Sharpies to the left and fairy lights strung above, Wu begins composing her blog post. Although her writing is published online for the world to see, she writes with only two readers in mind — her older siblings.

As the youngest child in her family, Emma will be the last of her siblings to attend college. With the rooms adjacent to hers empty, Emma misses having people in the house to talk to. Nevertheless, she was excited for them to embark on their new adventure.

When her brother, Curtis, left for college on the other side of the country, he created a website with the intention to improve his writing, but it soon blossomed into a family tradition. Every week, the Wu children alternate between sharing their thoughts to strengthen their familial bonds.

“It’s a way of imitating the experience of living together,” Curtis says. “I’ve learned a lot more about my siblings’ hobbies, the things they pay attention to, and the way they experience the world. I’ve also moved closer to being a peer of my younger siblings; I think our relationships have gotten a bit more egalitarian.”

Now, through the blog, the Wus have been able to get to know one another’s interests and plans from different perspectives.

“My parents enjoy reading this because they don’t always necessarily understand what we are thinking about or get to talk to us really in depth,” Emma says.

“A weekly phone call makes it possible to share about some of the mundane parts of life,” Curtis says. “It is nice to hear about how work went this past week, a funny conversation that my mom had, or how the rose garden is doing.”

Whether it is by talking on the phone or writing letters, Curtis has managed to ease his family into his absence. As this spring marks the end of his college career, the time has come for his final WutoWu post.

“And those moments which truly mark the end, both in our experience and our memories, those which slip by our notice, slide into the wake of our consciousness to recede into a wordless past,” Curtis writes before signing off for the last time.

As these moments of finality that Curtis speaks of become more frequent, families are reminded of the fleeting nature of childhood and the ever-changing character of family relationships. 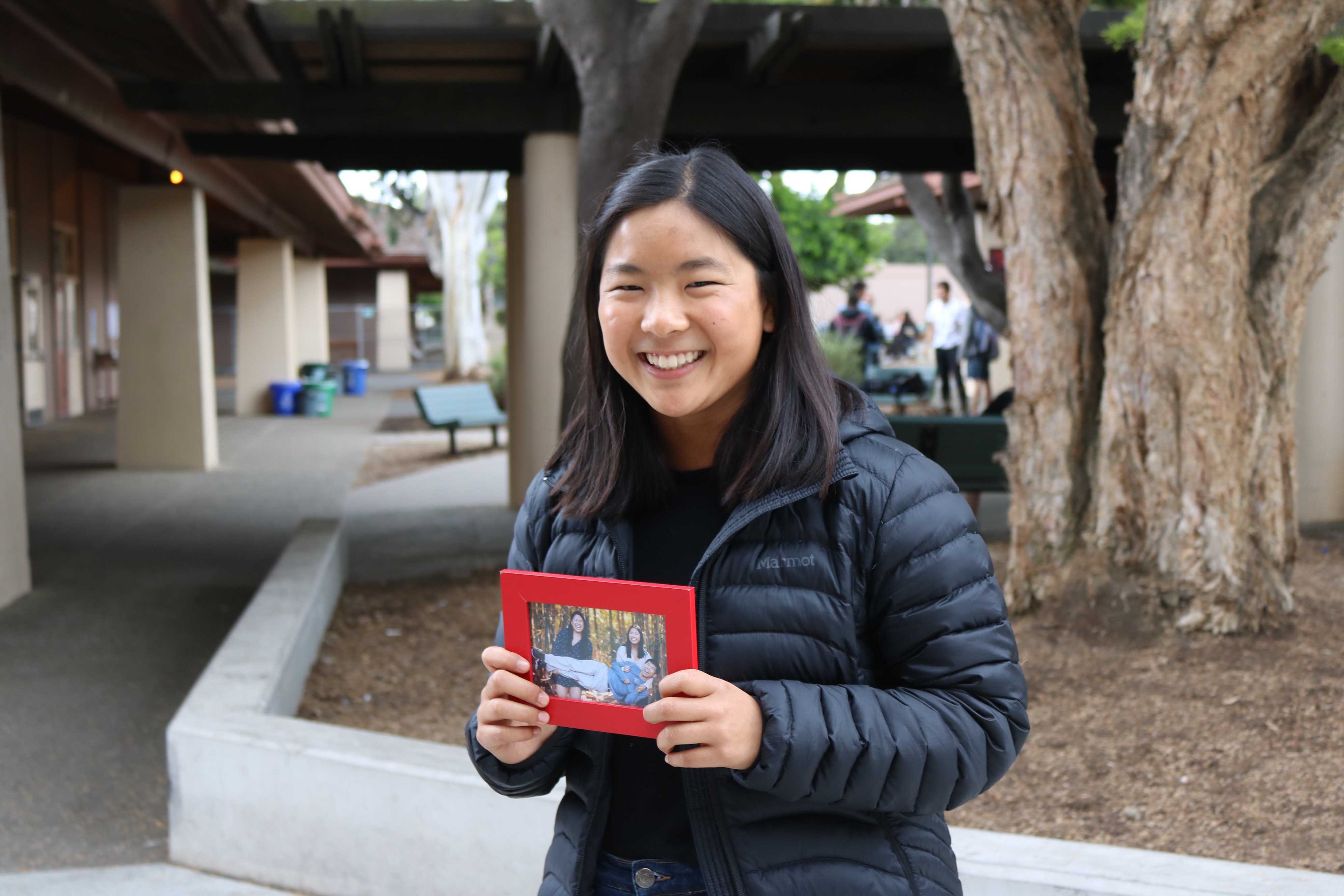 Growing up can be daunting — the prospect of an empty nest even more so — but the Hares, Wus and Sanos are prime examples of how family units will and do adjust as time moves on. Families like these remind us that we can take more from birds than just the emotional idioms that they inspire.

We, like birds, crack open our shells and fly the nest for a reason — to experience freedom, to seek adventure and to build a life wherever the wind carries us.