Since June 2011, Google has decided once again to try something new and at a new price: the Chromebook. Instead of making a substitute for something else that already exists (ahem, Google Plus), the search engine company made a “laptop.”

Why the quotations? Well, as Google says, it’s not a laptop or a computer. It’s the Web. Chromebooks operate off of Chrome OS, an operating system designed solely around the Chrome web browser. That’s not a limitation, though. Google has an entire suite of online and offline apps so that the Chromebook can almost be a laptop replacement, especially at its price. More on that later.

The best of the two current iterations of the Chromebook is the Samsung Chromebook, released in October. Upon looking at the specs of the 11.6-inch Chromebook, the “laptop” only has 16 GB of blazing solid-state storage. (Most computers run slower, physical hard drives. SSD storage is much faster: think of it as a larger, integrated USB flash drive.)

But this is where Google pulls out a “BOOYAH!” as Google provides a free 100 GB Internet-based storage option for two years, and the user can get more as needed. It should be noted that Google throws in 12 inflight GoGo passes, so that you can be connected to the Web as much as possible, even on a plane. These two freebies together cost about the price of the Chromebook. Free “laptop,” anyone?

Wondering what the experience is like? Fortunately, there are a couple of ways to try Chrome OS. You can simply use the Chrome web browser, take the geek’s route and download the Chrome OS image and make it bootable to a USB or optical drive or rent a Chromebook from Palo Alto libraries for seven days, a good option for students who have some time to try it out.

Google’s services are essential for the survival of the Chromebook. Google Drive allows a user to sync any files onto Google’s fast and reliable cloud (Internet-based) storage, which can sync onto anything else that has an Internet connection. Google has gotten rid of the entire problem of losing files from computer crashes due to its cloud-based storage. If you have a Google account, you already use Google Docs, Picassa and other Google services, making the transition quite easy.

Chromebooks have hit the mark: targeting consumers who only want to access the web, at blazing speeds, for a cool $249 for the Samsung variant. The price beats the 10-inch tablet market, making Chromebooks a viable option for media consumers as well as a great option for power users (geeks) wanting a secondary computer for lighter tasks, such as web browsing. (If the geek is left in you, it is possible to operate most Linux distributions on a Chromebook, but it’s definitely not optimized for that.) 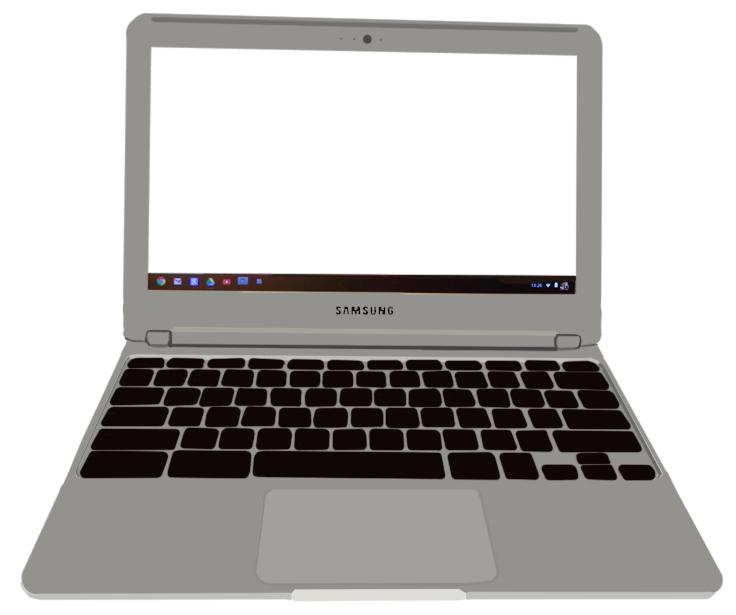 PC manufacturers should be worried, as the Chromebook does exactly what consumers want. Chromebooks boot up in seconds, automatically update and sync to the cloud, and run off of the best online host of applications. If Chromebooks succeed, we’ll see a huge profit margin transferred from PC computers to Google. The Chromebook puts more pressure on other PC companies, hopefully making better products for everyone.

The simplicity of the Chromebook is what will drive consumers away from PCs — it performs at a good price with ease of use. The Chrome OS trumps all other computer operating systems, concerning web browsing: integrated Adobe Flash and Shockwave plug-ins, completely free upgrades, and extreme ease of use. Other companies do give free upgrades if the upgrade is within the OS version, but if you want the newest operating system, prepare to shell out cash for that.  All Chromebooks offer multi-user support, making the perfect family web browser. (Do you need to spend $300 more on an iPad?)

Want to get one right now? Sorry about it. The Samsung Chromebook is sold out as of the publication date, proving its immense popularity as a primary  or secondary computer.

But trust me, it’s worth the wait.