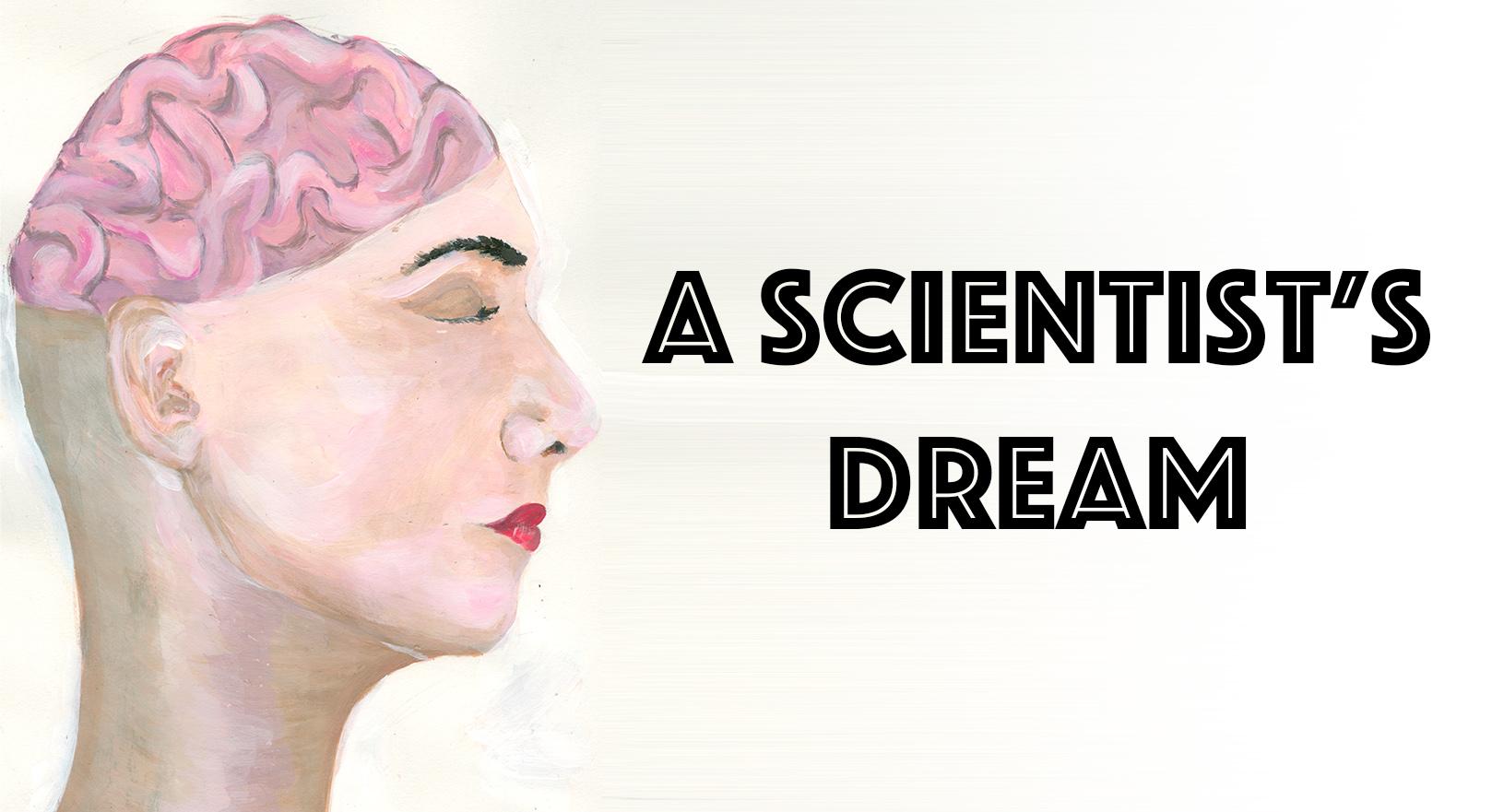 The beneficial nature of sleep experiments

Getting hooked up to a tangled mess of electrodes and having a complete stranger watch intently as you sleep does not sound like the most comfortable scenario. This was precisely what Palo Alto High School junior Alexandra Stump experienced at the Stanford Sleep Medicine Center for her sleep study.

But it was all worth it. Doctors monitored her sleep patterns and diagnosed her with sleep apnea. Stump began to wear a Continuous Positive Airway Pressure mask each night, which supplies a constant flow of air that helps her keep breathing.

“I don’t feel nearly as tired as I was before,” Stump says. “I feel very rested [most of] the time. My grades went up further. Better quality of life overall, more energy.”

Besides sleep apnea, teens experience many other sleep disorders, the most common of which is Behaviorally-Induced Insufficient Sleep Syndrome, a chronic daytime fatigue that results from voluntarily evading sleep. Local doctors are interested in solving this sleep problem along with many others by conducting sleep studies centered around adolescents.

The nature of such studies is mutually beneficial — the institutions that administer the studies gain valuable data while the subjects gain knowledge and insight into their own sleep habits.

Some Paly students do sleep studies to understand their issues with sleep.

After her positive experience wearing the CPAP mask to help keep breathing, Stump is grateful she addressed her sleep issues.

“I recommend if people sleep with their mouth open or if they snore, which are signs of sleep apnea, they go get tested,” Stump says.

Paly senior Sonali Chawla was also diagnosed with sleep apnea, once in 8th grade and again in junior year, when she finally received surgical treatment.

“Before the surgery,” Chawla says, “I would wake up freezing and covered in sweat. My body would freak out and think I was dying.” This was because her sleep apnea prevented her from breathing and sleeping normally.

“I would wake up freezing and covered in sweat. My body would freak out and think I was dying.”

“I was tired all the time and so addicted to coffee,” Chawla recalls, “I would be just super sad without knowing why.”

Chawla says that she is much happier now.

“If you’re making yourself not get enough sleep to get good grades and keep a social life,” Chawla advises, “it’s really not worth it. Once you get enough sleep, it just makes things better in an organic way.”

Stanford Clinical professor Rafael Pelayo recommends teens get at least nine hours of sleep per night. Palo Alto High School students seem to fall short of this amount of sleep. In fact, 67 percent of Paly students reported that they do not feel they sleep enough on weeknights, according to a survey conducted by Verde.

Worse, 75 percent of teens nationwide aren’t getting enough sleep, according to Pelayo.

The Stanford University Center for Sleep Sciences and Medicine is piloting a “sleep exchange” program at Menlo-Atherton High School. In this arrangement, Stanford medical students visit M-A to give short lessons about sleep, while high school juniors and seniors are allowed to visit Stanford’s sleep labs.

“Whatever it is that’s important to you, sleep is going to very likely play a role [in it].”

Pelayo says that he is working with Palo Alto Unified School District Associate Superintendent Markus Autrey to implement a similar exchange program at Palo Alto High School and Gunn High School starting next year. Pelayo says that the sleep program may be incorporated either in a science class or health class and would be available to all students.

“When you are sleep deprived for 50 years, it [bad health] sets in,” Autrey says. He says one major objective of the exchange program is to deliver hands-on sleep education to high school students early on in their lives so they can understand good sleep hygiene and practice it from then on, decreasing their risk of developing sleep disorders.

In an effort to understand what variables can correct and augment sleep routines, clinical psychologist Kate Kaplan has been studying the effects of pulsing light on sleeping adolescents. In the experiment, adolescents ages 14-18 sleep with a special lamp in their room that periodically emits pulses of light. Kaplan is testing the effects of these light bursts on the human body’s biological clock, the circadian rhythm.

“Our biology is very sensitive to light; [it] turns out that morning light is very helpful for our circadian system,” Kaplan says.

The purpose of this experimental lamp is to “trick” light-sensitive cells located in the posterior area of the human eye, according to Kaplan. These cells can detect light even in the deepest stages of sleep.

When exposed to millisecond bursts of light from the lamp, the cells relay light information to a collection of brain cells that serve as the body’s sleep command center. This deceives the brain into thinking that morning is coming, gently phasing the human subject out of sleep and making it much easier for him or her to wake up in the morning.

According to Kaplan, the lamp has the same effect on teen circadian rhythms as waking up earlier, but without reducing nightly sleep volume. Kaplan has found that participants in the study are now going to sleep 45 minutes earlier, on average.

Pelayo says that the amount of hours adolescents spend sleeping could also be increased with “a culture of making sleep priority.” He believes young adults should know when to prioritize sleep over doing homework, as well as set times by which their homework must be completed every day.

Kaplan echoes this sentiment, acknowledging that the lamp can only do so much to help sleep schedules. “We’re trying to tell you why sleep is important, but we’re also trying to make it fit with your lifestyle,” Kaplan says. “Whatever it is that’s important to you, sleep is going to very likely play a role [in it].”

A Sleep Scientist Among Us

Senior Paul Bleich says he has gained a wealth of sleep knowledge through several experiments — not in a laboratory, however. Bleich plans sleep experiments by himself, and executes them on himself.

Bleich’s curiosity about sleep started one summer when he read a comic online about a “six day” sleep schedule. Curious and passionate about all things science-related, he was inspired and adopted the routine for a few weeks.

“It [sleep experimentation] definitely is fun and I do think I’ve profited and learned from the experiences.”

The premise of this schedule, outlined in science-and-math-related “XKCD” comics, was splitting one week into six 28-hour days, then sleeping for 14 hours each “day”.

Bleich enjoyed how this schedule allowed him to stay up for most of the night on Fridays and Saturdays.

Later on, he experimented with a version of the Dymaxion, a sleep schedule named after Buckminster Fuller’s concept of using technology to its fullest extent while simultaneously expending as few resources as possible. The Dymaxion is a more demanding sleep routine that entails a short nap four times every 24 hours. Bleich’s Dymaxion consisted of four 45-minute naps each day, evenly spaced.

“It sounds crazy, but the idea of it is supposed to be that you’ll be completely well rested,” Bleich says.

In practice, Bleich found the Dymaxion to be unrealistic and unhealthy. Feeling frequently fatigued, he says he gave up the unorthodox sleep routine after less than two weeks.

“It was not at all sustainable for me,” Bleich says.

In the process of pushing his limits with different sleep patterns, Bleich has better understood them. He notes improved productivity and a better understanding of sleep as major experiment payoffs.

“At heart, I’m a scientist,” Bleich says. “It [sleep experimentation] definitely is fun and I do think I’ve profited and learned from the experiences.”