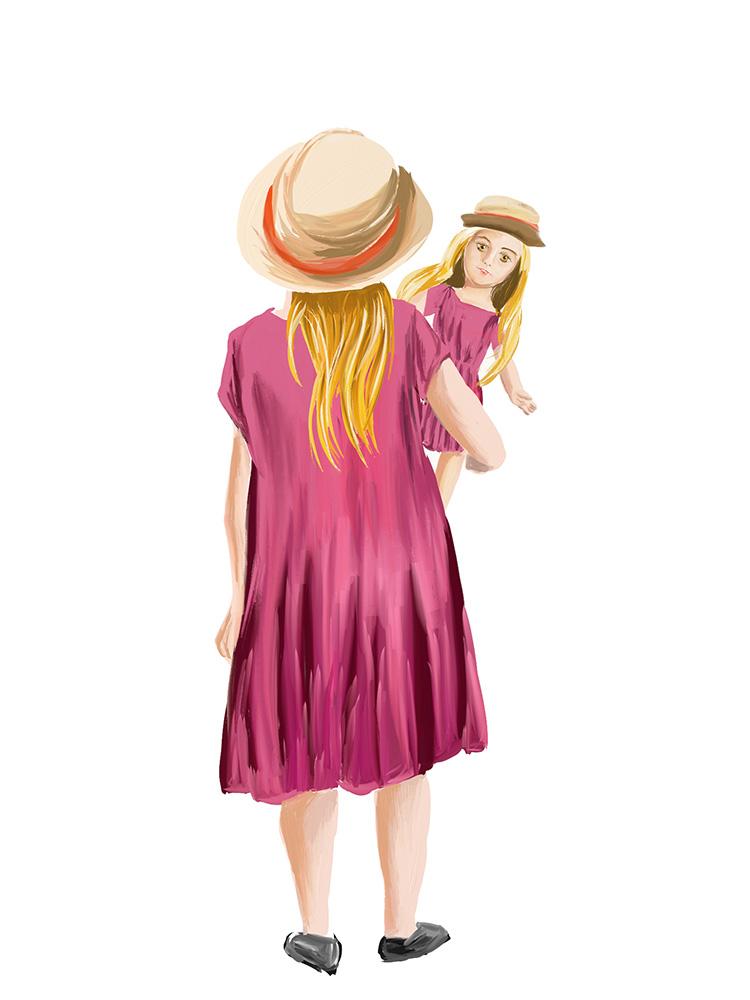 THE AMERICAN GIRL DOLL STORE. For many it is a dream, a place where imagination and self-expression can run free. However, for others, this pastel wasteland is a nightmare, a place where the nearest exit is never close enough.

American Girl was founded in 1986 by author Pleasant Rowland, and it became a subsidiary of Mattel in 1998 after a $700 million deal.

However, since then, American Girl has become so much more than just a doll company ­— with accessories fitted to each of the dolls personalities, matching clothes for both doll and owner and books and movies that delve deep into the backstories of the various dolls while simultaneously advertising add-on products.

For years I watched on as my sister and cousins received various American Girl dolls, along with the numerous necessary add-ons (what some may refer to as “accessories”). While I did not understand or share their excitement, I was nonetheless jealous of being left out of the fun.

I spent countless hours with them, watching from afar as they merrily played together with their dolls or watched the American Girl movies in an attempt to understand the American Girl Doll culture. But despite my inner longings for a doll like me, I never got one, because for 20 years, American Girl only offered female dolls.

However, in 2017, due to shifting gender norms since the company’s founding and an increasing demand for a doll for boys to identify with, the American Girl company released Logan, a drummer and the company’s first boy doll. Unfortunately, for some of us, this is too little, too late.

Nevertheless, American Girl continues to strive toward having a doll for everyone, a doll that can be more than just a toy, but also a friend and a role model for girls and boys around the world.

And with the holiday season just over the horizon, we can expect the American Girl store to be bustling with excited customers and gift givers.

Due to the wide selection of dolls, American Girl has a doll for almost everyone to identify with. For Mohapatra, the perfect doll is Nashville singer songwriter Tenney Grant. Mohapatra loves playing and listening to music, so with Tenney she can be herself and express her passions.

Despite the company’s mission of providing a doll for every child to identify, with a starting price of $115, they make it very difficult for many children to afford the base doll. And the doll is only the beginning.

On top of all the add-on expenses for the doll, the American Girl doll store in Stanford Shopping Center offers clothes for you to match with your doll, a bistro for you to eat with your doll and even a hair salon where you can get your doll a haircut.

As an outsider to the world of American Girl dolls, the entire business appears to be a pointlessly expensive scam. However, for someone like Mohapatra, the dolls are an outlet for self discovery, and the numerous accessories that come with the dolls are actually a selling point for the brand.

“They have great accessories and great features, and there are a lot of cool details.” Mohapatra says.

This capitalistic masterpiece of money making and massive markups seems to have marketed every aspect of the doll. However, while I may at first see it as a greedy, overpriced scheme to make money off of the young, the dolls have brought countless children joy and given kids a friend to express themselves with for decades. And to me that is priceless.