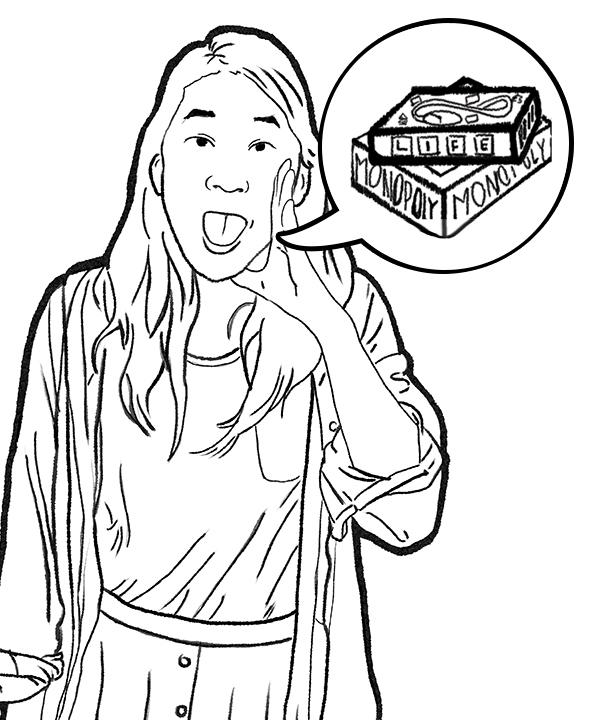 That’s What Shi Said: It’s okay to be unimpressive

About three months before my 18th birthday, I was struck by a terrifying revelation: “Oh my god,” I whispered to myself in horror. “I only have, like, 90 days to become a child prodigy.” Never mind that the cut-off age for child geniuses is actually 10 years old; I just wanted to be like the teens in the news. Malala Yousafzai won the Nobel Prize at age 17, eighth grader Shubham Banerjee in San Jose has his own startup company producing Braille printers and Kelly Shi . . . well, she’ll come up with something eventually.

Ever since I was little, I have always believed I would do “something great.” I wasn’t exactly sure what that something was, but I figured it would be more impressive if I somehow got it done before becoming a legal adult. Now, at the age of 18, I have yet to make an appearance in the national news. Even though my expectations for myself have become more realistic, they aren’t any easier to accomplish. My confidence in my ability to succeed in life has created self-expectations that I struggle to live up to.

This self-confidence first reared its overachieving head when I moved to Palo Alto in the third grade and walked around town with my mother, exploring the new neighborhood.

“When I grow up,” my eight-year-old self proclaimed, “I will buy a whole block of houses on Waverley St.” I planned to live in seven different mansions, one for each day of the week.

This overwhelming confidence in my future self’s financial security eventually translated into more realistic goals, such as “I will make lots of friends,” “I will get good grades” and “I will convince my parents to buy me a fish.”

But somewhere along my coming-of-age process, my confident “I will” statements transformed into expectant “I have to” assertions. The positive “I will get an A on this test” from freshman year morphed into the almost frantic junior year chant of “I have to get an A on this test.” And although the pressure to get accepted into a “good” college contributed to this sudden change in mindset, I found that the expectations I had for myself played the biggest role in trapping me into a constant state of overachievement.

My high self-standards even came to determine how I would spend my leisure time, and I’d find myself “having” to accomplish relatively unnecessary feats. Because I had read 100 books during my spare time in sophomore year, I also had to meet my reading goal of 100 books junior year, despite a significantly heavier workload. And since I had made my friends laugh with a funny anecdote, I had to come up with a funnier story for the next time I saw them.

I’m positive that as I realized it was impossible to juggle 100 books and Honors English readings, many other people were also failing to meet their own self-set goals. And I hope that they have also learned that dreaming big is not the problem. Although it has taken many hits over the years, my confidence is still strongly declaring that I will be rich enough to buy out a block of Waverley by the mere age of 30. The only change is that I have enough self-awareness to acknowledge the overachieving nature of my personal goals. My multimillion dollar purchase may not ever happen, nor is it even relatively important to my future happiness, but it’s still nice to dream while keeping my limitations in mind.

I’ve begun to check the unrealistic nature of my confident way of thinking, and accept that it’s okay if I don’t meet my extravagant self-expectations. It’s okay to not stand out from my peers, who already have set the bar defining what is “normal” very high. Even though I didn’t and never will earn the title of Child Prodigy, and even though my “something great” has yet to manifest, I still like to believe that I will graduate from Paly and accomplish a feat worthy of a Nobel Peace Prize. And on the off chance that I don’t — well, that’s OK too.