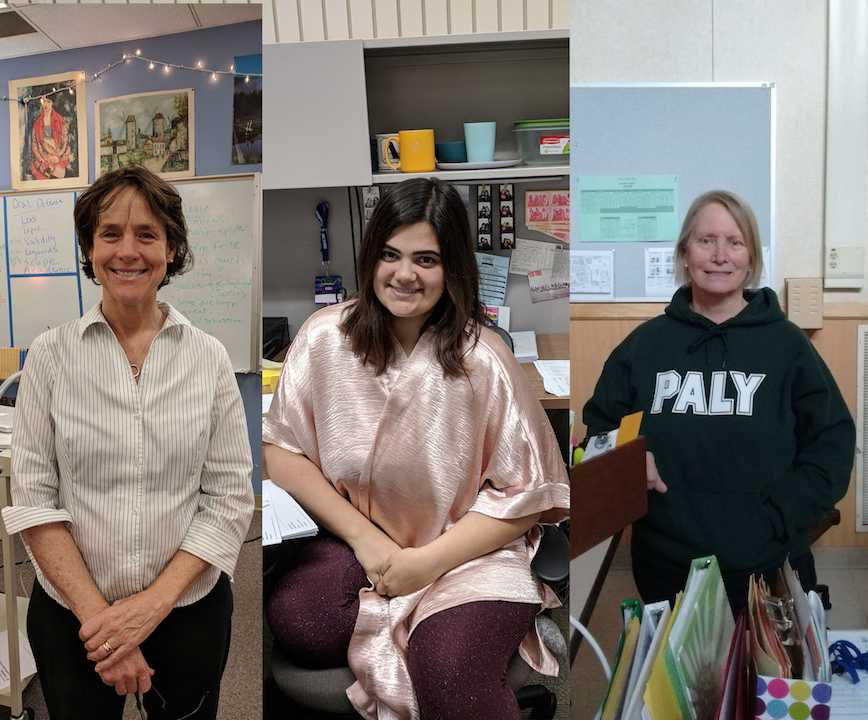 Through the blur of daily classroom activities, it’s often hard to find time to get to know a teacher aside from the small snippets of their outside life they share in or between lectures, leaving students curious to know more. Verde went from teacher to teacher seeking quirky, unusual stories. Here’s what we found.

Alanna Williamson was attending a national dance convention with the Paly dance team last year when she found herself in a predicament.

“At the very end, after the awards, we’re exhausted. And everybody’s in line for the bathroom — the girls bathroom,” Williamson says. “So I was like, whatever, I’m just going to go in the guys’. There’s no guys going in the bathroom right now. I don’t care.”

She entered the only stall in the mens restroom, forgetting about the urinal.

“I just didn’t think about it, because we don’t have those in our bathrooms,” Williamson says.

While she was inside the stall, a group of men entered the restroom.

She was about to exit the stall and apologize when one of the men began to use the urinal.

“The guy that’s going to the bathroom has a Starbucks [pastry] in his hand, … and he’s eating while he’s peeing,” Williamson says. “And then he puts it on top of the urinal, and then keeps eating it when he’s finished.”

When the men finally left, Williamson sprinted out of the restroom.

“I’m never using the boys bathroom ever again,” she says.

A member of her high school’s Associated Student Body, then-senior, now-English teacher Lucy Filppu had quite the knack for pulling fun pranks.

“So I and my rascal friends thought it would be a great idea to place a life size mannequin on top of the student center,” Filppu says.

The mannequin, named Faye, didn’t receive seniority treatment despite being decked all out in senior colors.

“The principal thought our mannequin, who looked fabulous by the way, was probably not the best choice for sitting on top of a building,” Filppu says. “Thankfully, the photo of Faye made it into the newspaper before being taken down.”

It all started with a potted plant in the office of library assistant Debbie Henry’s husband.

“We used to live in Sacramento, and my husband was really worried about a plant that was in the hallway of his office,” Henry says. “It was very, very hot during the summer.”

As summer got progressively more scalding, Henry noticed the declining condition of the plant and decided to take matters into her own hands by bringing the plant from the office back to their house.

“Because we had a new baby, and we had no air conditioning in the car, it was kind of a pain — we lived out, a little bit out — in the country,” Henry says.

After this discovery, her husband transported the plant back, making sure not to be noticed.

“He didn’t want to get in the elevator and get discovered, so he had to walk up five levels and put it back,” Henry says.