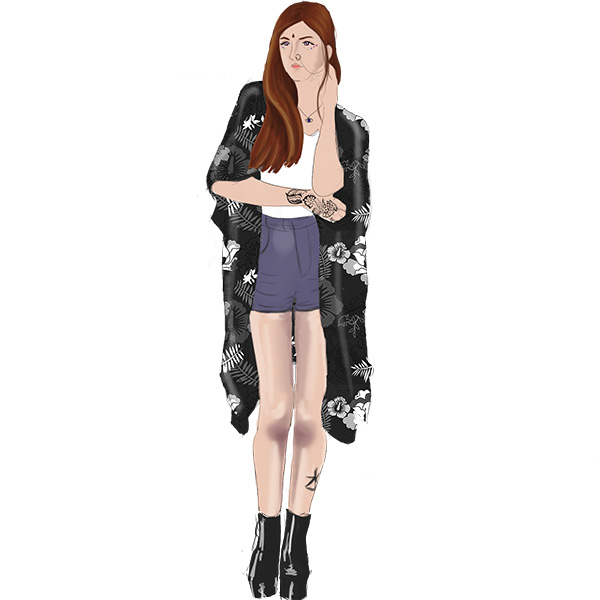 Taking Without Thinking: Cultural Appropriation in Our World Today

FASHION Cultural appropriation finds its way into many everyday aspects of our life, most commonly hidden in clothing.

You’ve seen it on the Internet, at sports games, in magazines and sometimes even on Palo Alto High School’s quad — girls wearing kimono “cardigans” and moccasins whilst twerking to the latest of Iggy. Or maybe when you are sprawled across your couch on game day, where spirited fans copy their mascot and don Native American headdresses. The term for  this insensitive use of traditional symbols is cultural appropriation.

Cultural appropriation is the adoption of elements from a culture.While this may seem innocent, those who appropriate typically ignore and dismiss the historical significance of the culture they are taking. Regrettably, this spreads a false image of a culture. If people want to emulate a culture, they should put forth the effort to learn about it.

Cultural appropriation pervades our everyday life because it is done unconsciously, and is simply a physical manifestation of ignorance.

“I see it everyday [at school]: students trying to pick up bits of other cultures without knowing much about them,” Paly junior Clare Kemmerer says.

Even at the seemingly affluent and  educated community we have created at Paly, people still ignorantly and thoughtlessly seize aspects of a culture. The issue of cultural appropriation has become relevant following the junior class’s fiery Spirit Week debate concerning the potential theme of “El Dorado.” The theme would have featured the “City of Gold” and South American-themed costumes. While some juniors argued that it would bring creative spirit to their class, others declared it ignorant to use the Mayan, Aztec and overall tribal cultures as a theme.

This seemingly large rift within our own community transpired because we live in a multicultural and ethnically diverse community, which causes an individual’s identity to be affected by cultures that are not their own.

The worst offenders when it comes to cultural appropriation often stage their attempts of worldliness on social media. When celebrities and icons take aspects of other cultures and do not appear to make any effort to learn about that culture or experience it, they thereby support this ignorant behavior. As a direct influence on the younger generation, they encourage the adoption of cultural appropriation even more.

Take, for instance, the “Harlem Shake,” a Youtube dance meme that starts with a masked person silently dancing in an ordinary environment. Once the music reaches its climax, the scene shifts to everyone present dancing in outrageously silly costumes.

Perceived as funny and entertaining, this dance sensation made its way across the Internet. Regretfully, those who participated in such videos did not seem to realize

the historical background of the Harlem Shake. Harlem Shake originated from an Ethiopian dance move called Eskista that was introduced to Harlem, New York in 1981 by city resident “Al B.” The “Harlem Shake” is just one of many examples of people’s ignorance leading to the deplorable exploitation of a culture.

In addition to social media, many popular artists incorporate cultural appropriation in their work, leading society to become more receptive towards this issue.

The “queen of cultural appropriation,” Katy Perry, has been slammed for her Japanese-inspired “geisha” performances and music videos. Musician Iggy Azalea has recently gained popularity and her dichotomy between her soft Australian voice she uses in interviews and her attempt at a rapper’s “black accent” has caused controversy.

This phenomenon of the “black accent” is so prevalent in our community that the term “blaccent” has been coined. 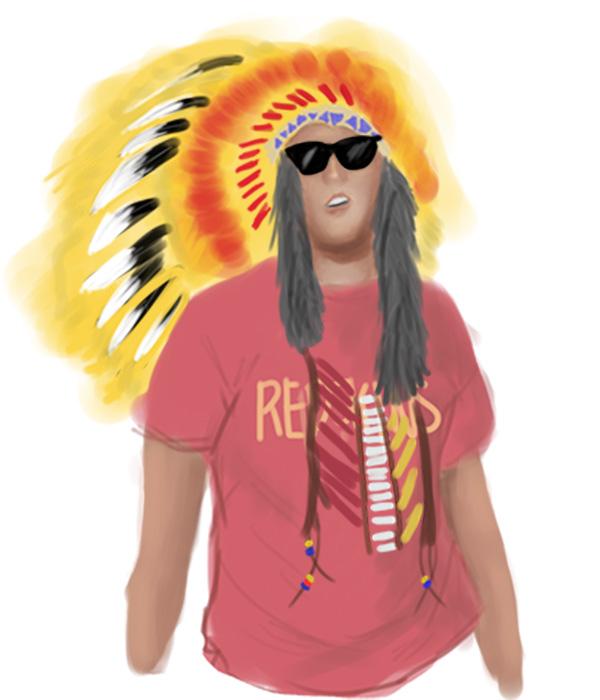 WASHINGTON REDSKINS Another area cultural appropriation can be found is in sports. The Washington Redskins are not only known for their football, but for their offensive team name and mascot, “Redskins”.

The term “Redskins” itself is a racial slur for Native Americans which dates back to English colonists settling in the New World. This was a brutal time for Natives because many colonists took over their land and forcibly pushed the Natives out of their territory, creating a tense relationship between the two communities. When “Redskin” fans dress up as their mascot, the football fans are perpetuating derogatory stereotypes about Native Americans and incorrect usages of Native American apparel.

However, a sliver of hope can be gleaned from cultural appropriation. Depending on the open-mindedness of those who appropriate, some can choose to learn from their ignorant mistakes.

Junior Ariya Momeny, who had previously advocated for the theme of “El Dorado,” believes that cultural appropriation can be a method used to discover insight into new cultures.

“The beauty of [cultural appropriation] is that it can be used as a learning opportunity — if you do not know something about a culture and you accidentally offend someone from the said culture, you can learn from it,” junior Ariya Momeny says.

We leave you with this final thought: ignorant cultural appropriation is an issue of insensitivity — it indirectly shows contempt for the other culture and is hurtful to the members of a culture who have their heritage ripped away from them. Everyone’s culture should be taken into consideration with deep respect before anyone takes anything from it. We only hope that all of us can realize this, learn from our mistakes and not repeat them.