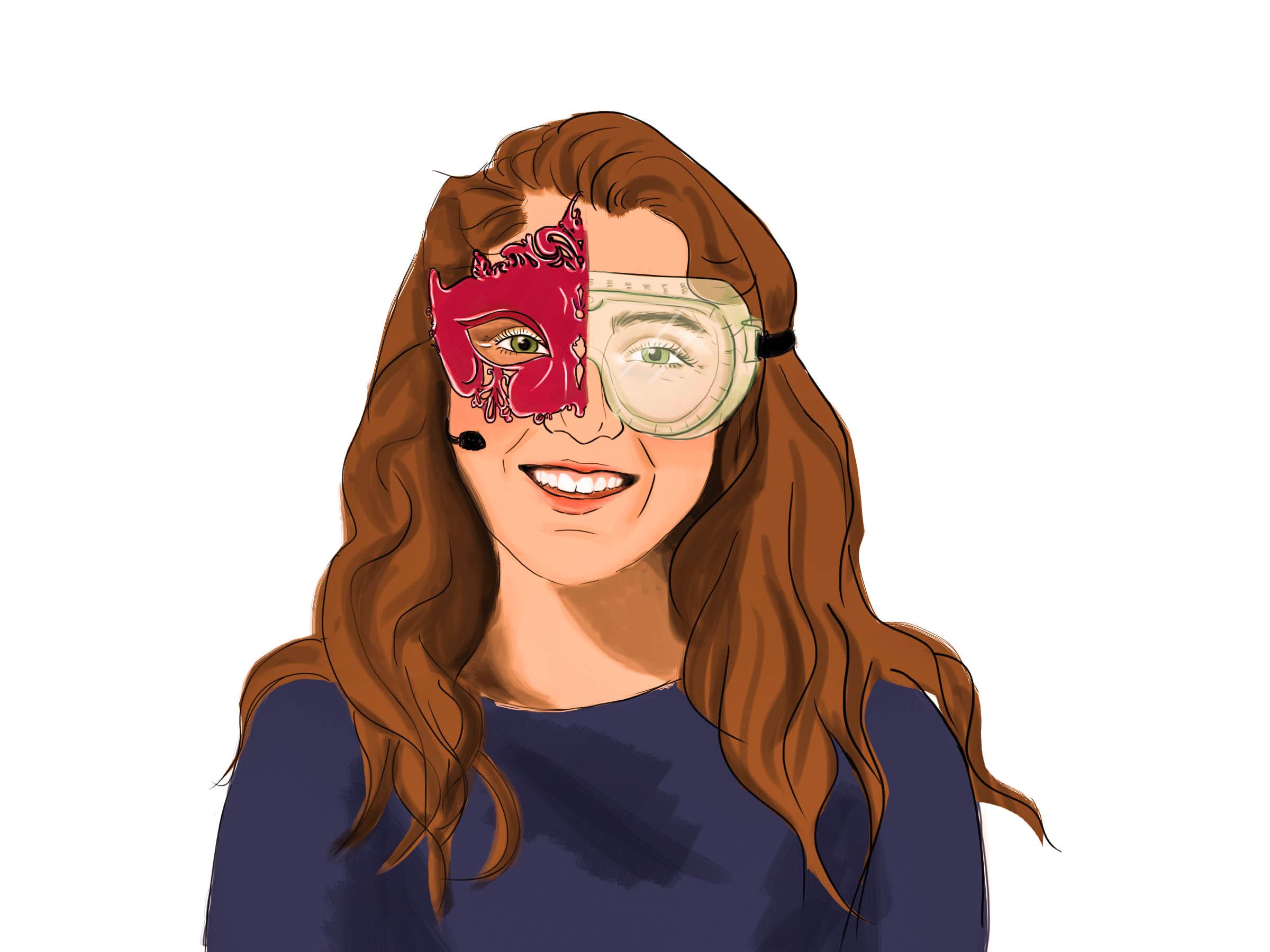 Success Is Not Always Spelled S-T-E-M

Since I was in fourth grade I knew I wanted to be a Broadway actress. I had my whole life planned: I would live in New York and attend shows every evening and become best friends with Sutton Foster, my personal Broadway idol. It was not until I entered high school that I began to have my doubts. I knew what I loved, but what if that wasn’t what I was meant to do? Maybe I was meant to educate women in impoverished countries or discover the next source of green fuel.

While I was taking the PSAT in October, I got my answer through an internal debate. When we were directed to bubble in the code for our college major, I bubbled in code 999 for Undecided instead of 535 for Drama and Theater Arts because I felt ashamed. It felt selfish to put down something that was not going to “help the world.” It seemed that if I put down musical theater, I was wasting my brain and any intelligence that came with it.

As is the case with many teenagers grappling with what they want to do after high school, there was one prominent question on my mind: What does it mean to be successful in life?

When I arrived home that afternoon, I realized that to me, success meant happiness and bubbling in the code 535.

However, as a high school student in Silicon Valley, I felt like success had already been defined for me. In the valley of technological innovation, success means achievement in Science, Technology, Engineering, or Math, and therefore being a certain kind of smart. With my passion in musical theater, I would say I do not exactly fit the mold of “successful” as defined by my community and school.

I know I’m not alone. A slew of Palo Alto High School students with arts and humanities related interests also feel like they are “out of the norm” in their fields because, in general, Paly encourages STEM fields as steady and more financially secure career options.

In Silicon Valley, success means achievement in STEM and being a certain kind of smart

With a lack of career-driven and college-level humanities and arts classes throughout all four years of high school, the task of understanding what you are supposed to do with a sociology or theater degree is comparable to finding your way through a maze blindfolded and with your hands tied. To exacerbate the problem, students are bombarded with attitudes and comments at Paly hinting at the ideas that there are no real career options in the fields of the arts and humanities.

“I feel like our culture has negative feelings towards pursuing those careers,” junior Atusa Assadi says. “There’s a perception that it’s impossible to succeed in the arts and humanities, that it’s not a viable career option to pursue. So people are often discouraged from pursuing their passions.”

As a result, two kinds of students surface: those who feel discouraged and try to find an interest in STEM fields, like the ones Assadi describes, and those who seek outside support. Paly senior Clare Kemmerer is one of the latter. This year, she joined the new humanities-based research project through the Palo Alto Unified School District Advanced Authentic Research program.

“I want to get a Ph.D, so research is an inherent part of that,” Kemmerer says. “Humanities research is not a skill that is taught at Paly and AAR is the closest thing to that. I really wanted to learn how to do that because a lot of kids going into research universities for the humanities do already have those skills.”

Since Palo Alto High School is No. 56 on Newsweek Magazine’s ranking of the nation’s top public high schools, students should be ahead of the game instead of feeling behind compared to students who “already have those skills.” In STEM, Paly students are ahead of the game at No. 19 in the entire country, according to U.S. News & World Report. In the arts and humanities, not so much. Out of the 27 percent of students who want to pursue humanities or arts related fields, 20 percent feel very well or well prepared to pursue their career, according to a survey administered by Verde. Compared to the 53 percent of students who feel prepared to pursue their STEM related interests, Paly is losing the game in the humanities and arts.

However, the issue of providing a well rounded education is more complicated than merely adding a few extra art classes. The imbalanced core curriculum stems from a greater national issue and attitude.

In the last few years, federal funding for the arts and humanities has been significantly reduced in an effort to focus on STEM fields, inciting little to no opposition, according to Think Progress: Education. On Oct. 28, Congress proposed a budget cut for science in a rewrite for the No Child Left Behind education law. Immediately, the proposal was bombarded with opposition from the media and government leaders proclaiming that STEM is the key to national success, according to the New York Times.

I agree that STEM is making palpable and immediate changes in the world. However, people are different and therefore contribute to the world with different kinds of intelligence. Your heart may beat with excitement as you solve a tricky calculus problem or wait for a chemical reaction to occur, but my heart beats in time with music.

To encourage all kinds of students in their passions and provide opportunities in all areas of study, I encourage Paly and PAUSD to keep administering programs like the humanities portion of AAR. Paly is a diverse community, and I hope the academics and enviornment can one day capture and support a broader range of interests. For the moment, each little choir concert or art exhibition by Paly students will appear as a nice side note to student achievements in STEM.

“I know there are pockets of things happening all over, but what I’d like to see is a culture that celebrated all of the little causes more loudly,” math teacher Deanna Chute says. “I’d like to see the school move in the direction of championing these efforts from the rooftops and not in the isolated places where they are happening.”

In the future, I envision a Paly community like the one Chute describes. A community where every kind of smart is valued and every students has the support to pursue their passion. A community where I don’t feel the need to mark 999 for Undecided on my PSAT. V

The student poll results collected for this issue are from a survey administered in Palo Alto High School English classes over the course of several days in November 2015. Eleven English classes were randomly selected, and 268 responses were collected. The surveys were completed online, and responses were anonymous. With 95 percent confidence, the results for the questions related to this story are accurate within a margin of error of 3.05 percent.