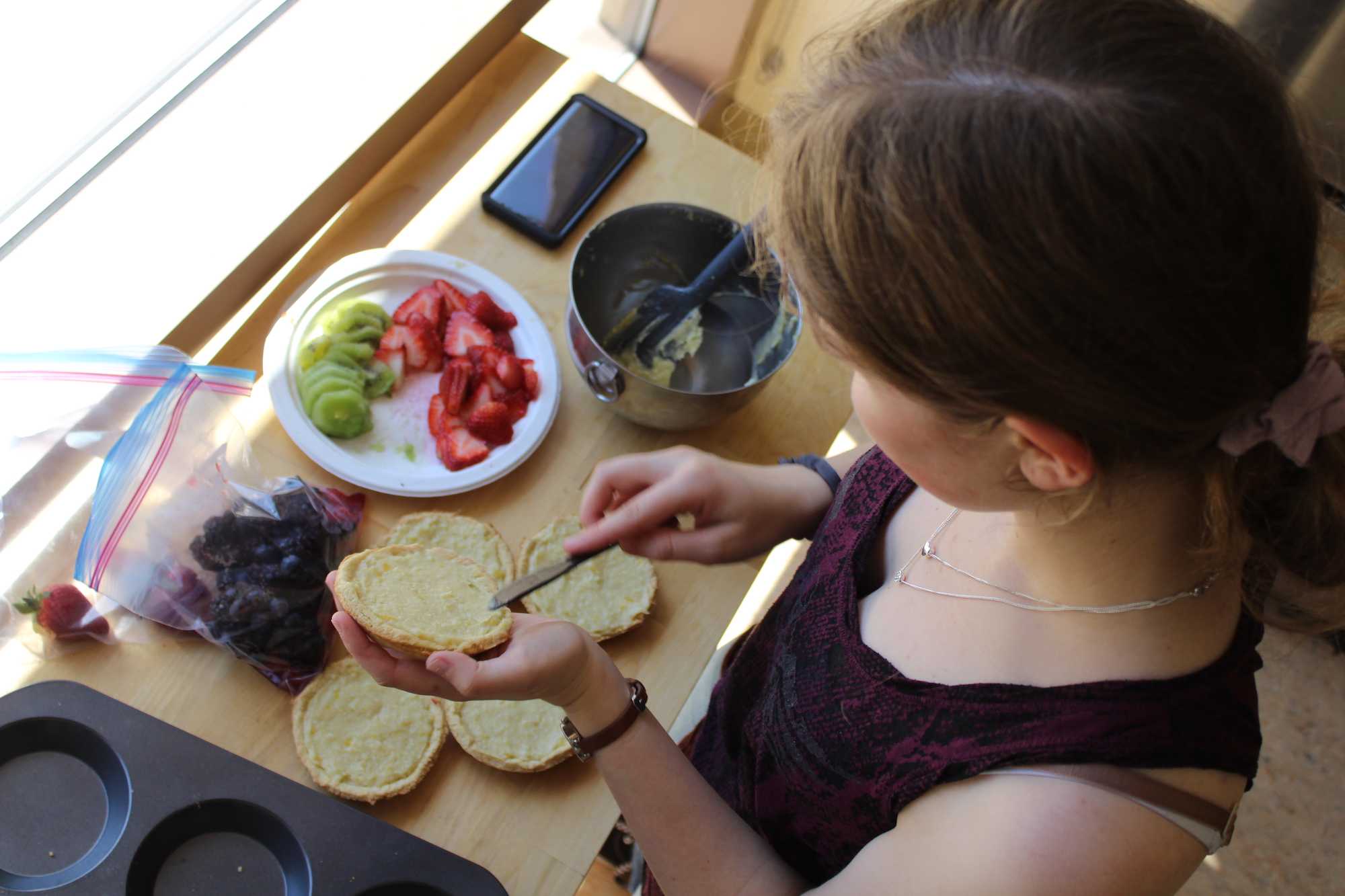 PRACTICALLY PERFECTIONIST Junior Lavender Ledgerwood smooths out the dough on her egg tartlets. "I like baking because I’m very precise and I want things done a certain way," she says. Photos by Zoë Wong-VanHaren

Culinary colors: Students in school and in the kitchen

A sugary sweet smell wafts through the room as Palo Alto High School junior Lavender Ledgerwood, with a steady hand and a determined look in her eyes, whips egg whites to the perfect consistency. This is Ledgerwood in her element.

“I didn’t decide this was the path I wanted to go down in life until middle school,” Ledgerwood says. “But I’ve always been in the kitchen working, trying to figure things out.”

Ledgerwood was inspired by her grandmothers, both of whom have taught her aspects of baking.

“My paternal grandmother, whenever I was down at her house on holidays, she’d ask me to help bake the pumpkin pie or make the cranberry sauce and I’d always be so happy and intrigued to go to the kitchen with her,” Ledgerwood says. “I even have a lot of recipes from her that she’s given me over the past couple of years.” 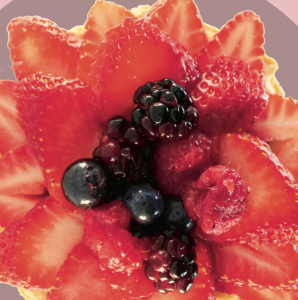 BERRIES GALORE Ledgerwood’s simple fruit tartlet looks like a blooming red flower. “I’ve always been in the kitchen working, trying to figure things out,” she says.

From her maternal grandmother, Ledgerwood says she has learned not to follow every rule in a cookbook.

“She doesn’t follow the recipes exactly per se,” Ledgerwood says. “She takes something like brownies and peanut butter cookies and tries to figure out a way to put them together.”

Ledgerwood and her dad always make dinners for their family. They plan each meal for the week ahead of time and start preparing the food from the moment they get home from school and work, respectively.

“I bake everything in my house,” Ledgerwood says. “I think I like baking because I’m very precise and I want things done a certain way.”

Baking is not the only creative art Ledgerwood has pursued. She has been acting at the Palo Alto Children’s Theatre since elementary school and continues to do so.

“Theatre has increased my confidence in me and my work,” Ledgerwood says. “When I make something, it’s easier to put it forward for people’s judgement. And there’s the creativity of it. Creativity is something really big that you have to have especially with baking and pastry.”

After finding Paly’s cooking classes unsuited for her level, Ledgerwood started taking classes at Mission College. She has completed a course in chocolates and confections, and is currently learning about baking and pastries. Ledgerwood hopes to attend the Culinary Institute of America before opening her own bakery.

For Ledgerwood, the culinary arts is a career path, but some Paly students use it as a way to bolster their other passions and connect with those around them.

Patwardhan hopes to continue this hobby in college, making treats for people in his dorm. 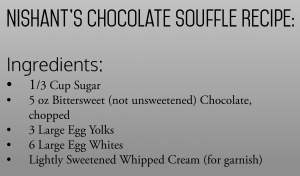 “I don’t really want to have to eat cafeteria food every day for four years, so being able to cook would be very, very nice,” Patwardhan says. “And then cooking for people is always fun.”

While most students see cooking as a foreign experience, it is one of Patwardhan’s main hobbies. Ever since he was young, Patwardhan has been helping his mom, a trained chef, in the kitchen.

Patwardhan has also brought his heritage into his cooking, combining Indian food culture into Western desserts. For his dad’s birthday, Patwardhan adapted rasmalai, an Indian sweet made from saffron milk and cottage cheese, into a cake.

“Every family has at least a bit of that food culture,” Patwardhan says. “It’s just really up to you to have the motivation to learn.”

Creating something for the first time can seem daunting, but Patwardhan has learned to dive in head first.

“Find something that you want to make, want to eat,” Patwardhan says. “Just find a recipe and just try it.”