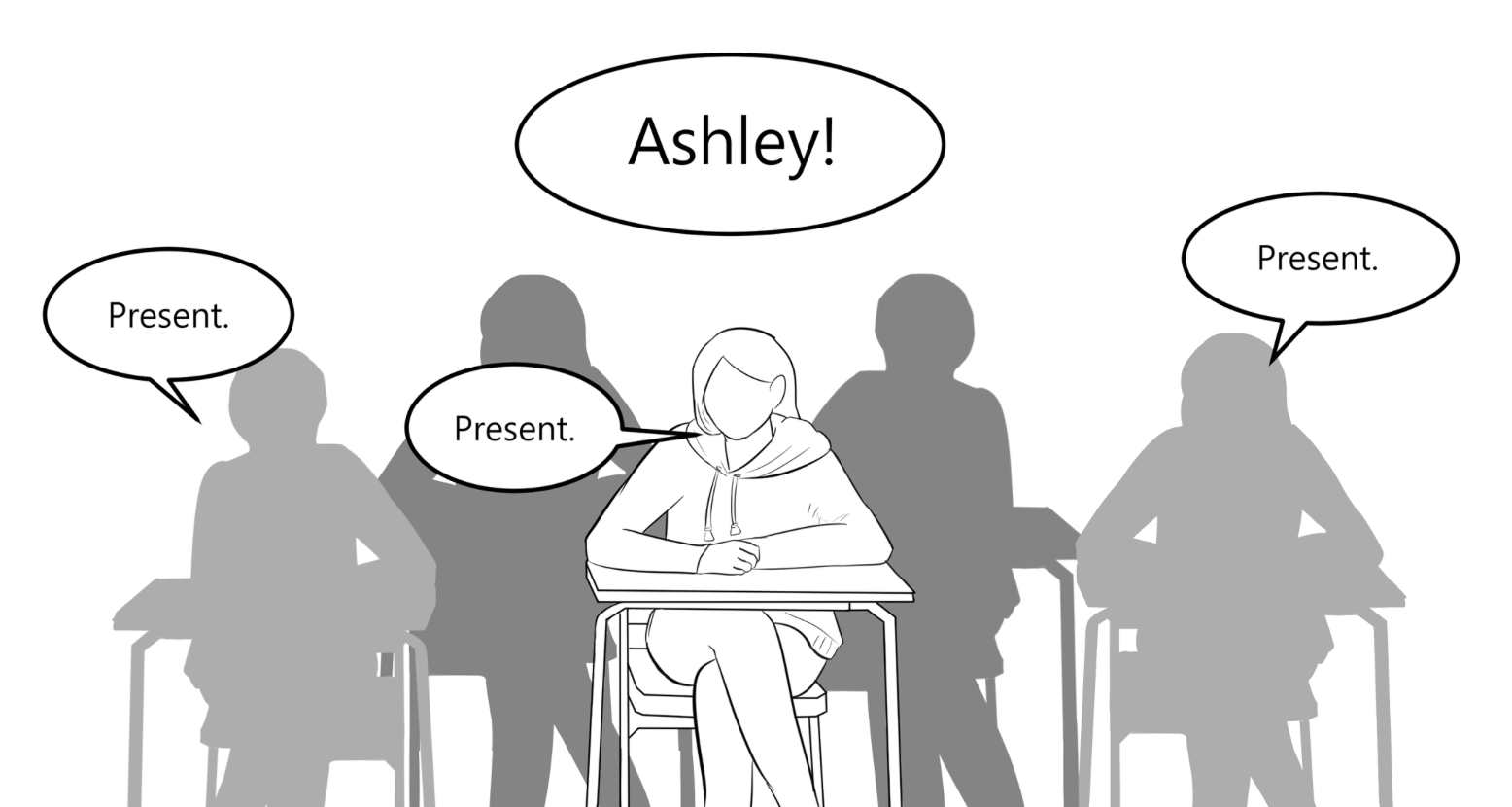 Struggles of Being an Ashley

If you’re anything like me, then you’ve learned to resist the itch of human instinct to turn around whenever someone yells your name from behind. Because “Ashley!” could mean Ashley Smith or Ashley Johnson or Ashley Jones; reducing the chance of someone actually calling “Ashley Wang” to a rather improbable scenario.

Well, that’s just how it is when your first name is on every “Most Common Baby Names” list on the Internet. But it’s even worse when you have a common last name, too. Sharing a surname like Wang with 100 million others in the world means people just assume you happen to be related to some random friend of theirs. No, Emily Wang is not my cousin, nor do I know which Emily Wang you are referring to because there are probably hundreds of them living in this immediate area.

Oh, and having a common name apparently means that you’re in danger of being identified by employers as a criminal. As Paul Strauss of the Chicago Lawyers Committee told NBC Chicago, “There is a significant risk that they’re going to get a background check that has nothing to do with them that shows a criminal record that doesn’t exist. And it is going to harm them when they are trying to get employment.” That’s fantastic. I’ve always wanted to put shoplifting on my resume.

Though in all seriousness, the expectations that come with having a common name suck. A couple of words strung together by the arbitrary whims of your parents shouldn’t have any real impact on your life, yet they can be the cause of excessively needless comparisons between you and others with the same name.

I first realized this a couple of years ago while competing at a local judo tournament. In the second round, I was matched up with a girl from my own club — also named Ashley. As we prepared to step onto the mat, nerves tightening unbearably in our throats and butterflies flittering about in our stomachs, our coach, too jovial to fit into this suspenseful situation, made a strange remark.

“Let’s see who the better Ashley is,” he jokingly said.

That was the point where I completely lost my focus. While the gym was already filled with an atmosphere of stifling high tension, that statement put even more emphasis on not only placing well in the tournament, but the personal aspect of having to do better than the other Ashley. And it’s never a good thing when competition gets personal. But why did it have to get personal? If it were anyone else, did my performance have to be marred with that high of an expectation? Because if we didn’t have the same name, we wouldn’t even have a single thread of connection between us. We would just be ordinary competitors.

Maya Rebitzer, one of the eleven Mayas that attend Paly and one of the six Mayas on the track and field team, has also experienced this sense of competition with her counterparts, though in a more joking sense. Because of the improbable number of Mayas, a competition for the title of “Alpha Maya” was started. In addition to a feigned rivalry on the track, even little details like having the “best seat” on the bus were turned into jokes.

“It was funny,” Rebitzer says. “But it also gets old.”

While sharing a common name with many others may create connections where there would ordinarily be none, Rebitzer doesn’t think that this is always a bad thing. In fact, her first conversation with her now closest friend, Maya Akkaraju, was about their same name.

“I’m sure we would have the same level of friendship if we didn’t have the same name,” Rebitzer says. “But it was just such an easy thing to bond over.”

So maybe having a common name isn’t the worst thing ever. Yeah it’s annoying when every single normal email address is taken, but it is an admittedly good conversation starter when you meet someone with the same name. And the next time someone calls “Ashley!”, I’ll just take it with a grain of salt without feeling like I’ve lost my identity.