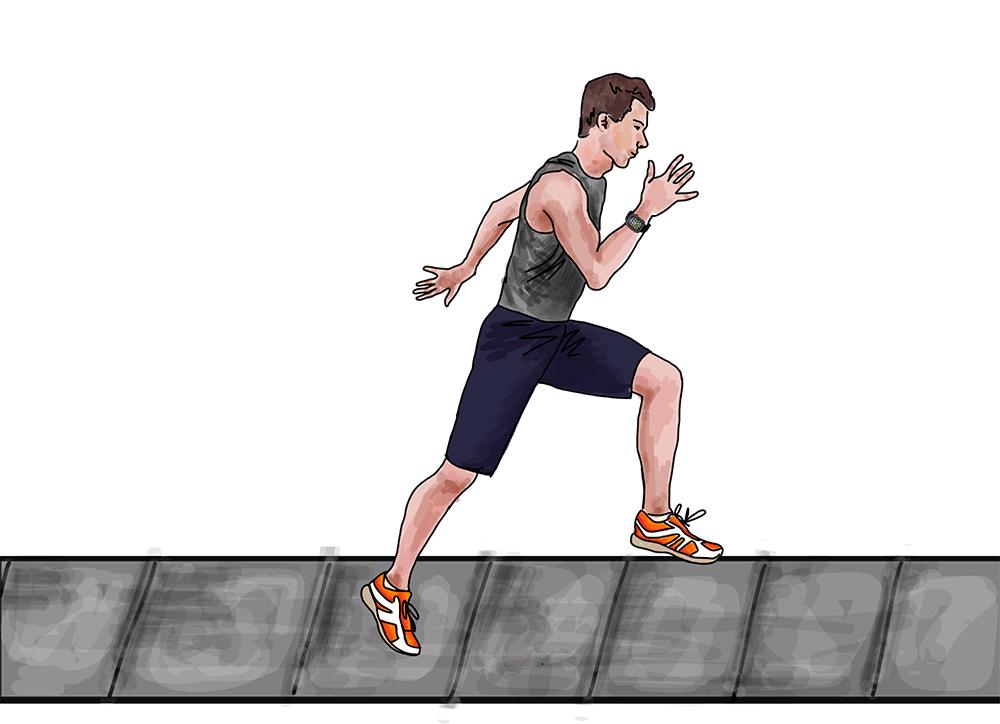 Has anyone ever run 2.7 miles to ask you to prom? That’s exactly what Palo Alto High School senior Reed Foster did to ask out his prom date. Foster planned and recorded a run on Strava spelling out the word “Prom?”

“I was trying to think of cool ways to do the asking, and since we both like running, it made sense to use something running-related,” Foster says.

Designed to track athletic activity, Strava allows users to view their run or bike route on a virtual map and provides data including time, distance and speed. But what makes Strava stand out from the multitude of other fitness apps is that it allows users to share their workouts with others.

“You can see your achievements and how you’re doing compared to yourself and compared to other people,” says junior Kevin Cox.

Strava, Swedish for “strive,” was developed by Michael Horvath and Mark Gainey in 2009. It aims to foster a community where athletes can connect with one another through their activities and accomplishments, according to Strava’s communications lead Andrew Vontz.

“We believe that if you’re striving to improve, no matter your goals or your ability, that you’re one of us and here in the Strava community,” Vontz says.

“You can look at other people’s routes … and that’s been a way that I try out new things.”

In the past two years, Strava has become popular among Paly’s cross country and track teams. Cox and Foster are just two of many students who use Strava for running and cycling. They record their runs using a GPS watch, which is then synced to the Strava app.

On Strava, athletes can comment on posts and give each other “kudos,” which are similar to “likes” on Facebook, and can also give their workouts interesting titles.

“It can be pretty fun because people have creative titles,” Cox says.

An example of a creative title was senior Maya Rebitzer’s “Oh, shoe-t … not this again.” Rebitzer named this run after doing a shoe-related activity at track practice. 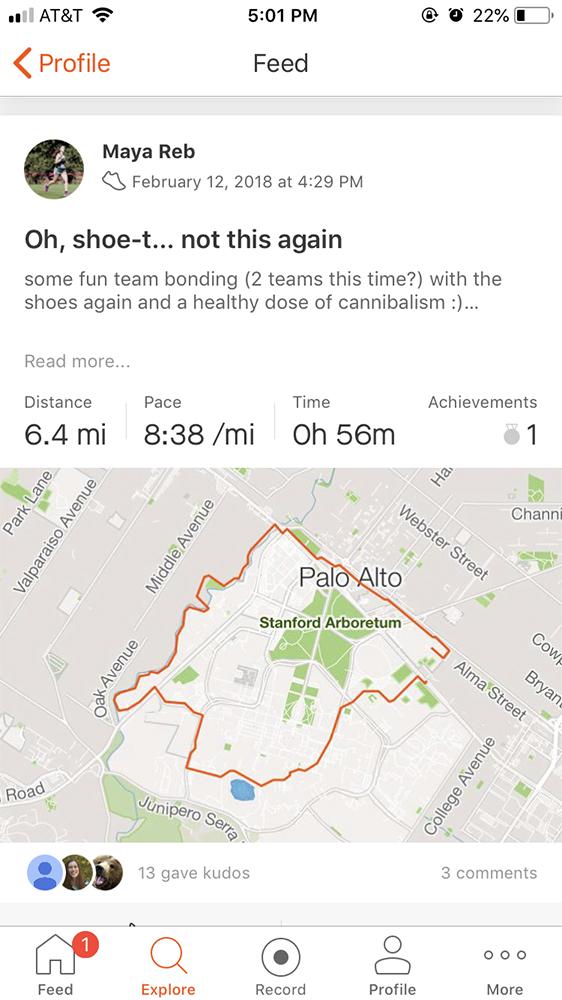 “Maya’s title made me laugh again at what happened during practice that day,” says senior Julia Doubson, who regularly checks her Strava feed after practice.

Foster also likes how the app creates a way to connect with other athletes, allowing him to keep up with former teammates’ runs on their college campuses.

“It’s fun to see what everyone else is doing, especially when they go off to college,” Foster says.

“You want to make your life look better than it might actually be,” Cox says. “So with Strava … you might want to appear faster than you actually are.”

As a result, sometimes Cox is hesitant to post “easy” runs.

“Sometimes I make stuff private, partly because I don’t think other people care to see it,” Cox says.

Nevertheless, seeing other people’s runs or rides can also provide inspiration for new routes to try.

“You can look at other people’s routes … and that’s been a way that I try out new things. I just go where other people go sometimes,” Cox says.

Despite the downsides associated with the social media aspect of Strava, it serves as a source of inspiration and motivation for users, encouraging people to challenge themselves and visit new places.

“[When] we see our friends and family out there having fun, being active, it generally does inspire you to do more yourself,” Vontz says.