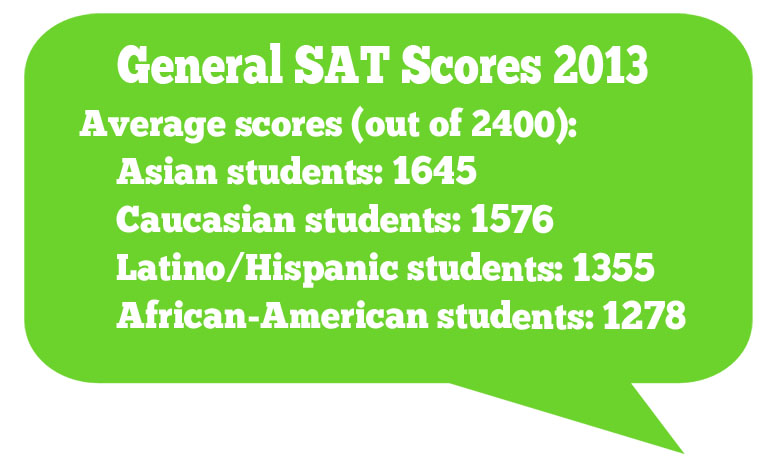 Stereotype Threat: The hidden biases in our standardized tests

On the SAT, the first couple of questions are always the easiest. No, not the the first test questions — I’m talking about the ones that ask you to bubble in your name, gender and race.

These questions should be asked after the exam, because they have an unintended effect — they “prime” test takers to have a certain mindset congruent with their ethnic or gender stereotypes. This effect targets minorities, widens the racial test score gap and creates a racially biased playing field for college.

Data gathering questions have been found to encourage test takers to think about themselves in accordance with their racial or gender stereotype according to studies by Stanford University. This phenomenon, known as “stereotype threat,” can impact test scores, widening an already severe racial gap by inducing feelings of self-doubt in minority students. Testing companies have an obligation to reduce stereotype threat, because it is one of the causes of the racial test score gap. A student’s test score should be reflective of their intellect, not their gender or skin color. 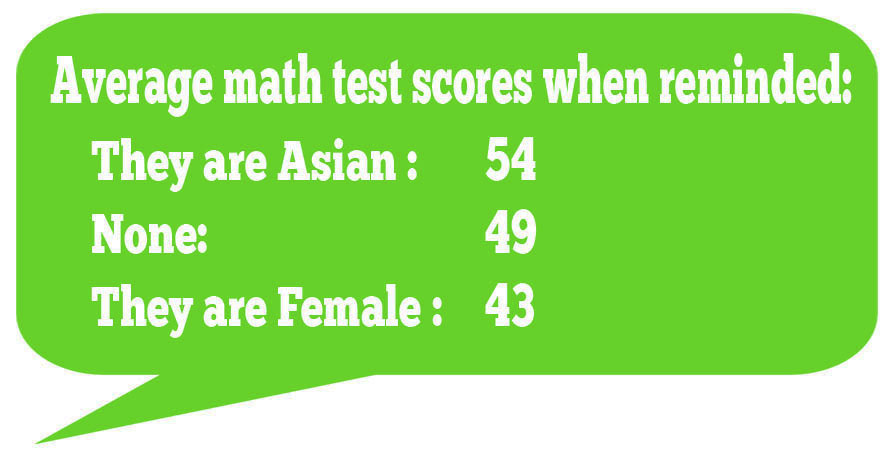 Stereotypes for Asian-Americans say that they excel at math, while stereotypes for women say that they do poorly in math. A study conducted by the Harvard Psychology Department tested Asian females by either asking them about race or gender before a test. Unsurprisingly, results showed that performance of Asian women increased on a math test when Asian identity was brought up, and decreased when their gender was brought up.

The impact of stereotype threat on our standardized tests is becoming increasingly prominent. On the 2013 SAT, average scores on Critical Reading, Math and Writing sections all displayed significant racial gaps. Male students averaged scores 14 points higher on the math section than female students. It is unfair of companies like the College Board to see the creation of these gaps and not take basic steps to correct them, simply because they want to gather data.

Simple solutions for stereotype threat have also been shown to work in real classrooms. When students aren’t asked priming questions, the disparity unsurprisingly decreases. We have a clear solution to a devastating problem, it is immoral of us not to implement the change right away, especially when the impacts of the problem can be so damaging for students.

Asking questions about race or gender might be important for data gathering, but that is not nearly as important as ensuring an equal playing field. The racial gap created by this threat can be devastating; test scores are a big part of the college application. As a result, stereotype threat is one of the reasons minorities have a significantly more difficult time getting into college than non-minority students. Asking data questions at the end of a test would actually ensure better, unbiased data. By not changing the format of the test, testing companies are contributing to the racial gap. They are letting students believe they are nothing more than what society thinks of them. Doing nothing isn’t an option; testing companies can’t afford to stand to the side. 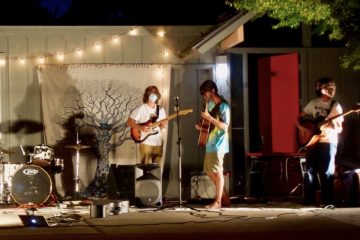 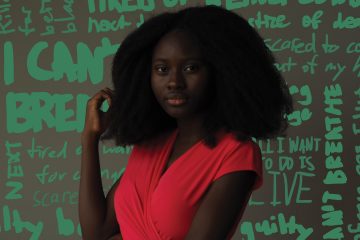 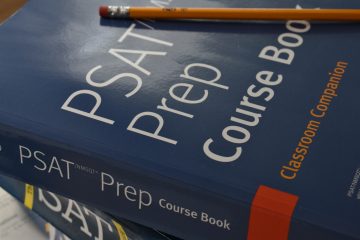