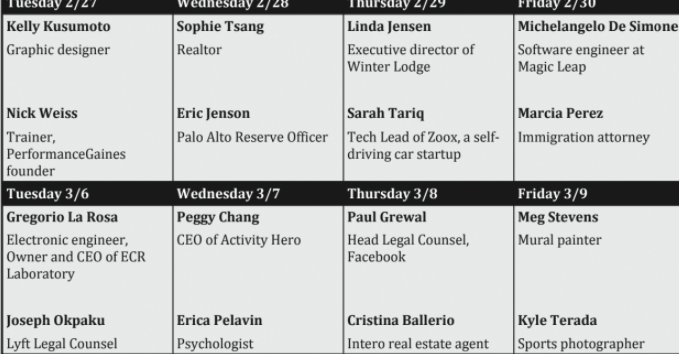 While the annual student-run speaker series has traditionally been hosted in the library, ongoing construction will move the event to the 400s building. Although there have been difficulties organizing the event as a result of the location change, Career Month has had a high turnout in previous years and committee president Stella Wan expects the trend to continue this year.

“We’ve had about 250 students per day show up each year,” Wan said. “It will probably have a similar turnout because we’ve been advertising the same way.”

The committee says it’s important to have a variety of speakers so students won’t feel discouraged pursuing jobs that aren’t STEM-based. Speakers this year include psychologists, entrepreneurs, muralists, legal counsels and more.

“Our goal is to encourage students to pursue what intrigues them, what they could be passionate about, and to give them an in-person connection to adults who have found fulfillment in their work,” junior committee member Yue Shi said. 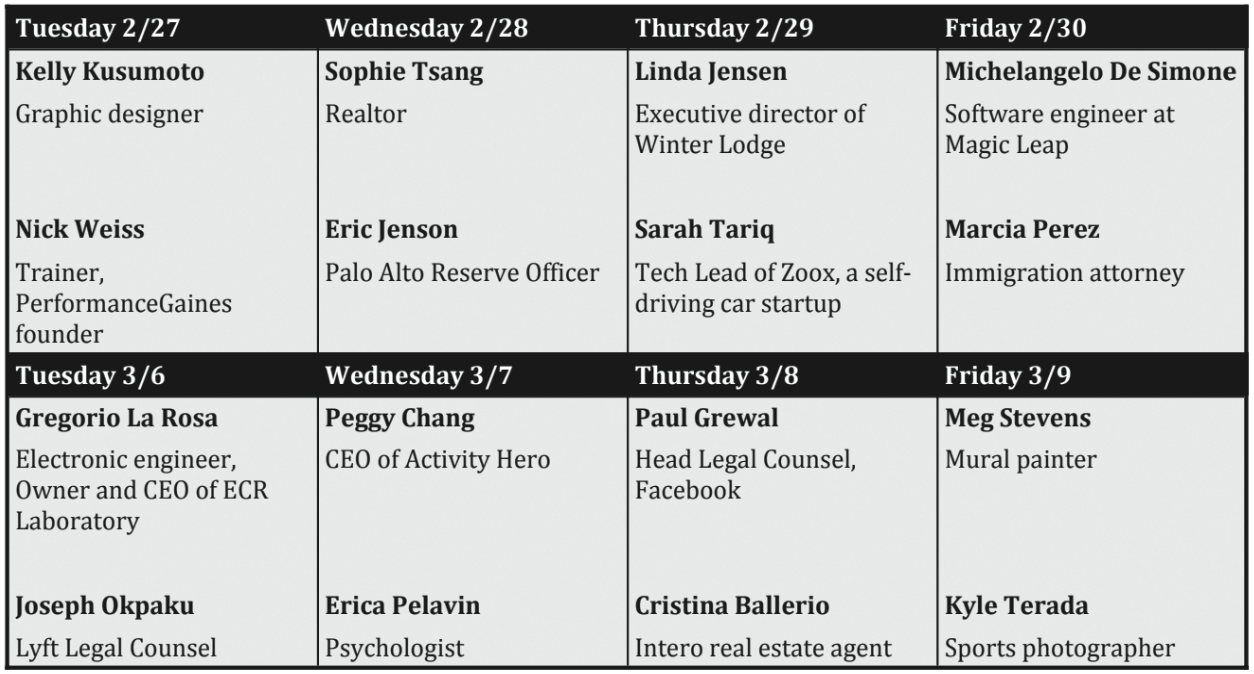