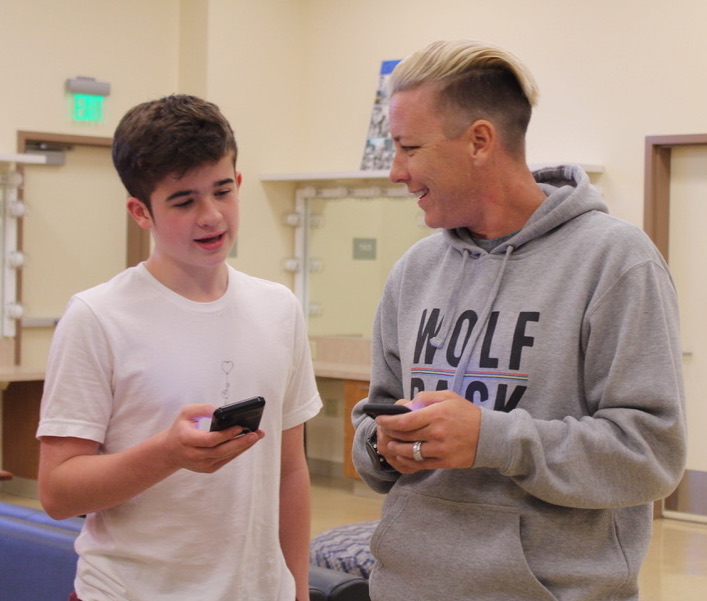 Two-time Olympian Abby Wambach answers Palo Alto High School student journalist Max Bonnstetter’s questions in a press conference before her “Wolfpack” book tour event last night in the Performing Arts Center. “I will be damned if we don’t have equality in my life time,” Wambach said. Photo by Ella Thomsen

“Figuring out how to make human beings seen as equals is my mission on this planet now.”  — Abby Wambach

As the highest scoring American soccer player, two time Olympic gold medalist and FIFA World Cup champion, Wambach said she has had extensive experience with the professional soccer industry and has grown to know the frustration that can arise from being a female athlete in a male-dominated world.

Chastain began the conversation by reminding Wambach that the first goal she ever scored for the United States soccer team was in San Jose. Upon remembering this, Wambach stood up from her seat and reenacted the goal for the audience. This light-hearted, back-and-forth style of conversation put audiences at ease despite the important themes of equality, freedom and empowerment being discussed.

Although most of Wambach’s experiences with obstacles and injustices have been within her sport, she made it abundantly clear that all women — especially marginalized groups of women —  struggle with gender-based social issues in nearly all aspects of life.

Prominent in her book are explorations and musings about microaggressions against women, backhanded compliments and, most importantly, how women and girls need to bond together to form their own respective “wolfpacks” to turn what Wambach claims to be the current male-dominated power system “on its head.”

“Often time the only emotion women are actually allowed to feel is grateful for being given something,” Wambach said. “That tells a women that she in fact has not earned something. Women have to embody and understand that everything they have done in their life has gotten them to a certain point. Nobody is giving you anything — you are earning it.” 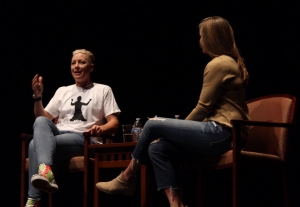 Abby Wambach responds to Brandi Chastain’s question regarding her new book, “Wolfpack.” Throughout the discussion Wambach relaid her experience as a female athlete, and what she plans to do post-soccer. A common message of Wambach’s was that “you can be grateful and also demand what you deserve.” Photo by Ella Thomsen