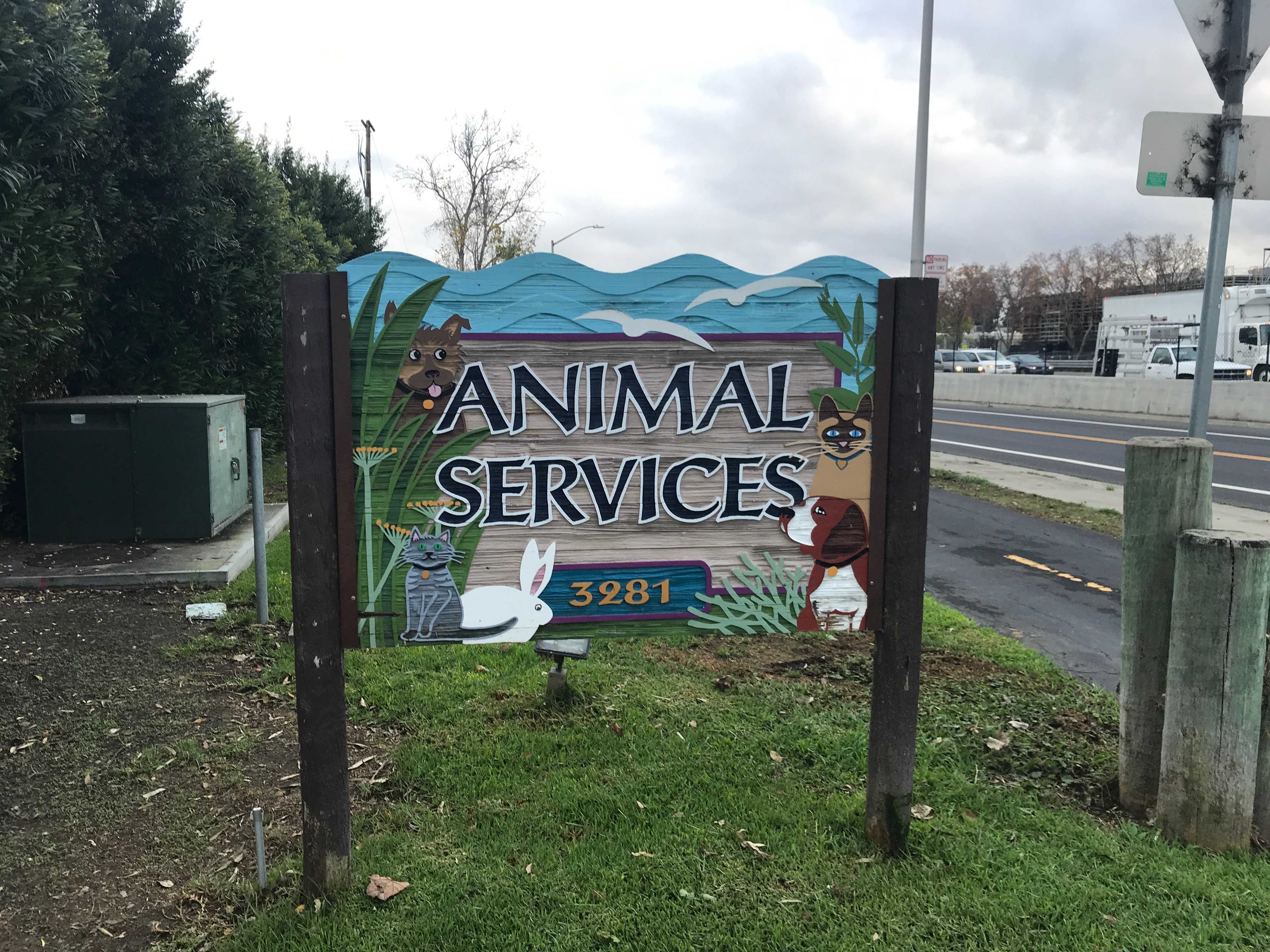 Editor’s note: In full disclosure of staff associations to the subject of their story according to Verde standards of transparency, staff writer Kate Milne volunteers for the Palo Alto Animal Services and works with the individuals who were interviewed.

Hidden behind a row of tall trees off of East Bayshore Road lies Palo Alto Animal Services, a humble building hosting up to dozens of animals at a time. From decorative paw prints painted on the cement to personality cards which hang on the front of every cage describing each pet in detail, there is plentiful evidence to show that a huge amount of care and consideration is invested into the aging shelter and every animal that comes through its doors. This uniquely tight-knit, considerate community is preparing to undergo some large changes, both to the physical appearance of the PAAS building and possibly a change in management in the years to come.

Currently, the City of Palo Alto is trying to find a less costly way to provide animal care services. Since the summer of 2016, PAAS, which serves Palo Alto, Los Altos and Los Altos Hills, has been planning a change in management and a partnership with Pets in Need, another animal shelter in Redwood City. 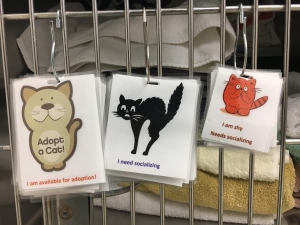 PET PROFILES Each cage at PAAS has a label describing the animal’s level of comfort around people and other animals. Some volunteers and employees have the job of merely socializing with cats and dogs to help them assimilate and become more friendly. “Because the shelter is smaller than others, we do really well working with the rescues and spending the time to help the animals,” says Cody MaCartney, lead animal control officer and interim superintendent.

Cody MaCartney, an employee of 16 years, has several positions and responsibilities at the shelter, from lead animal control officer to interim superintendent. According to MaCartney, Pets in Need is planning on joining forces with PAAS, leading to new hires, updated resources including renovations to the current PAAS shelter itself in the next few years, and an overall increased space for animal housing.

“There’s going to be temporary upgrades to this [PAAS] building, which are overdue and the plan would be … to fundraise in the next several years and then build the new facility,” MaCartney says. “Whether that’s here or on another section of land at the end of San Antonio road right over here … I don’t think it’s been determined where yet.”

“There’s going to be temporary upgrades to this [PAAS] building, which are overdue and the plan would be … to fundraise in the next several years and then build the new facility.”

Those who work at the shelter are often stretched quite thin between different tasks: in addition to housing animals, the shelter handles dog licensing, operates a low-cost spay and neuter clinic, vaccine clinic, and encourages adoption of available pets. MaCartney explains the necessary versatility each current staff member possesses in order for all these responsibilities to be completed.

“It’s been over two years [of negotiation] and because of the situation, they haven’t hired new people and people have left,” he says. “We all kind of do everything around here and we just make it work.”

Many volunteers, in addition to paid staff, help out with activities involving direct animal care at PAAS, like socializing and exercising the cats, dogs and other animals that are up for adoption at any given time. Tamar Ponte, a junior at Palo Alto High School, has volunteered at the shelter since January. Ponte’s favorite part of the work she does with the shelter is interacting with the dogs.

“I love being able to meet amazing dogs,” she says. “It feels really good to know that I’m helping to find great homes for them.”

“I love being able to meet amazing dogs. It feels really good to know that I’m helping to find great homes for them.” –Tamar Ponte

Ponte began volunteering with PAAS because she has always had a love for animals, and over the course of her time working at the shelter, she realizes she has become a part of something bigger than herself.

“I feel like part of a community there,” Ponte says. “Being at PAAS for almost a year has made me feel more welcome and known. I don’t think I will pursue a job with animals, but I definitely want to keep volunteering for as much of my life as I can.”

Although MaCartney did not anticipate a future career working with animals when he was in high school, he now shares similar reasons with Ponte for being passionate about his job.

“My favorite part of working here is the unpredictability, just because I never really wanted a desk job … and [I enjoy] working with the animals,” he says.

Although under future construction, relocation, and potential management changes, PAAS has many features which will continue to make it stand out from other shelters and adoption agencies, specifically their anti-euthanasia policy and “adopt don’t shop” mentality. PAAS’s uniquely small facility is also serving as a division of the Palo Alto Police Department. In 1894, the city appointed the police chief to take control of Palo Alto’s animal overpopulation situation, and PAAS has been under their jurisdiction ever since.

Admin member and volunteer coordinator, Sachi Hwangbo, shares why she chose to work in animal welfare and how PAAS is one of a kind in regards to its euthanasia policies.

“I was a college student and my interest grew from there,” she says. “Back then, the euthanasia rate was four times what it is now and I was blown away by the statistics. Some say they care too much about animals to work at a shelter. Too much is not enough.”

“Some say they care too much about animals to work at a shelter. Too much is not enough.” –Sachi Hwangbo

There are big changes on the horizon for this special shelter, and in the meantime everyone involved will be working hard to improve the lives of every animal under PAAS’s care. With enthusiastic employees and volunteers alike, there is no doubt that the small community at PAAS will continue to contribute this familial feel to their incredible amount of one-on-one protection of animals.

“We’re unique at what we can do because if you’re at a higher volume shelter, you just can’t spend that one-on-one time,” MaCartney says. “Because we’re small and our staff does everything, we are kind of like a little family.”

A photo collection of some of the animals housed at the Palo Alto Animal Shelter. For more information on who is available for adoption, see this link http://petharbor.com/search.asp?searchtype=ADOPT&start=3&friends=1&samaritans=1&nosuccess=0&rows=10&imght=120&imgres=thumb&view=sysadm.v_plal&bgcolor=ffffff&text=000000&link=387C2C&alink=709d36&vlink=551a8b&fontface=arial&fontsize=10&col_hdr_bg=d8d5ba&col_hdr_fg=387C2C&col_bg=FFFFFF&col_bg2=a6be86&col_fg=000000&SBG=d8d5ba&miles=200&shelterlist=%27PLAL%27&atype=&where=type_DOG