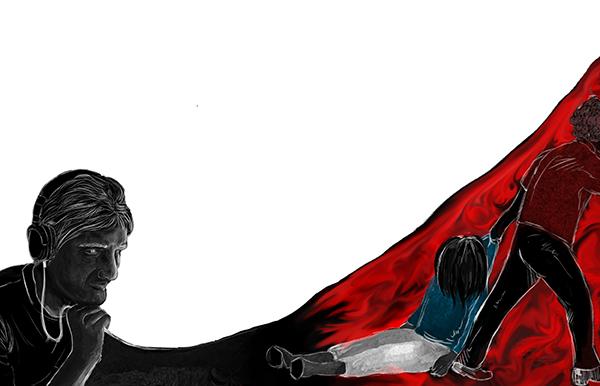 Serial: The podcast that captured the attention of millions

In 1999, a high school senior named Adnan Syed was arrested and sentenced to life in prison for murdering his ex-girlfriend, Hae Min Lee. While many of his family and friends never believed that he committed the crime, the jury pronounced him guilty, and Syed spent the next 15 years of his life behind bars.

In late 2014, Syed became the subject of international attention through the podcast “Serial.” Hosted by investigative journalist and “This American Life” producer Sarah Koenig, “Serial” examines every aspect of Syed’s case in an attempt to finally prove his innocence — or confirm his guilt.

The podcast’s 12 episodes, each between 30 and 60 minutes long, explore Syed’s relationship with his ex-girlfriend and other possible suspects as Koenig reexamines the facts of the murder.

The episodes are fast-paced and detail-heavy, but Koenig relays them conversationally, and she always ends on a cliffhanger.

The first episode of the podcast debuted on the popular radio program “This American Life” on National Public Radio. From there, word about the podcast spread like wildfire.

The details of this case make the story even more intriguing. Six weeks after Lee went missing, her body was discovered, and detectives began pressing high schoolers for evidence. Syed, who to this day maintains his innocence, claims that he cannot remember exactly what he was doing because it was an insignificant day to him.

The prosecution’s case hinged on Syed’s friend’s testimony. Jay, whose last name is not disclosed in the podcast, turned Syed in, but inconsistencies arise in his story with every retelling. Koenig presents both sides of the story, allowing listeners to draw their own conclusions.

The podcast can be addicting, something Palo Alto High School teacher Steven Foug experienced firsthand over Thanksgiving break, when his sister told him about “Serial.”

“I listened to seven episodes in a row,” Foug says. “I could only do things like fold laundry or something totally mindless in the background so I could focus [on the podcast].”

Foug wanted someone at work to talk with about “Serial,” so he introduced it to Paly psychology teacher Melinda Mattes.

Mattes finds the show’s relation to psychology fascinating. “Serial” opens with Koenig asking listeners to think back to what they were doing weeks ago. Because memory is imperfect, and it took so long to record official statements, nobody’s story is fully reliable.

“What I loved about it is you’ve got a reporter — not a psychologist — talking about memory in a very real way, ” Mattes says. “[It] is exactly what we talked about in AP Psych[ology].”

Because the story is so dramatic, it can be hard to remember that the case and people being studied are real, not works of fiction.

“I think if it were just a story, I’d have a real opinion, about like, he’s totally guilty or he’s totally innocent,” Mattes says. “[But] there are real emotions, and real events, and somebody’s really dead, and some guy has really spent 15 years in prison.”

One of the things that intrigues us most about “Serial” is that it feels like watching TV, yet it is told only through audio. So it is more flexible than TV — you can listen to it while multi-tasking. Koenig uses the audio format to investigate the separate pieces of the case and the trial.

“Something about it was built perfectly for that spoken word performance of it,” Foug says. “It was built for audio. I would not have watched it as intently on TV, I don’t think. Or read it as much. The way she [Koenig] delivered it was really good.”

“I love words conjuring up images instead of it being thrown at you,” Mattes says.

The second season is set to start sometime in 2015. This podcast format holds potential for future storytelling.

“The great gift of audio storytelling is that it does a wonderful job of creating intimacy,” says Josh Hoyt, a Stanford senior who works with the Stanford Storytelling project. “It can feel like your friend is talking just to you.”

Perhaps because of their ability to use each second of the podcast exactly as they choose, each episode remains fast-paced and enticing, even as they approach an hour long, and iTunes has stated that every episode has captivated upwards of a million listeners.

“Serial” has capitalized on the current transitional period of media in which people are turning away from television sets in favor of more portable forms. In an age where it seems like everybody only has the attention span for a six second vine, “Serial,” with its ability to fully captivate its audience, can act as a model for future media. Listeners can stream “Serial” for free on iTunes or on the podcast’s website.