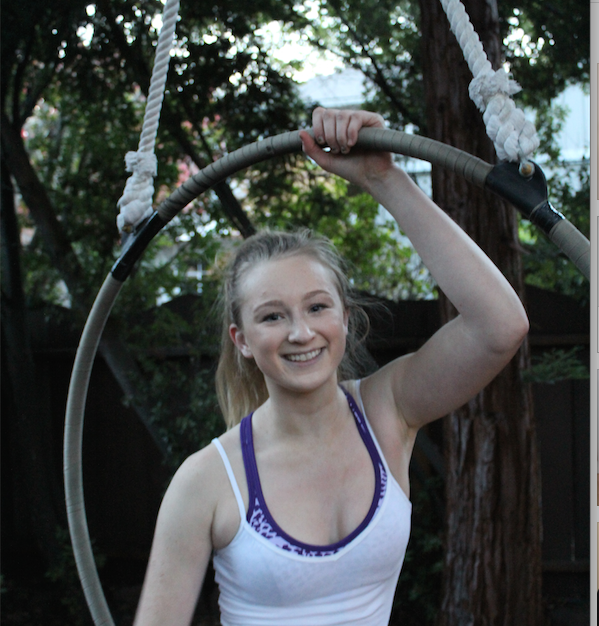 Palo Alto high school senior Maya McAuliffe has just recently been admitted to Les Aerielles, a professional aerialist team. Her passion started during a family trip to a ClubMed resort in Ixtapa, Mexico. Four-year-old McAuliffe enrolled in one of the flying trapeze programs for the younger kids staying at the resort. 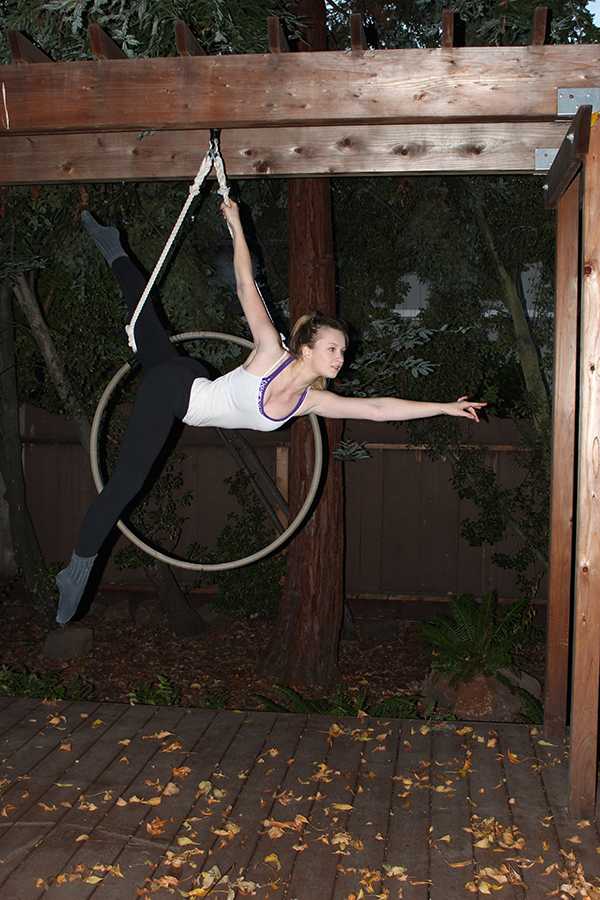 “I actually have memories of it, of being with all the little kids, and they were all crying,” McAuliffe says. “No one else wanted to go, so I would just go and kept going again and again, and I had the best time.”

After that, McAuliffe didn’t interact with any sort of circus apparatus until another trip to ClubMed at age 11.

“After that I just fell in love,” McAuliffe says. “I almost started crying because [the performance] was the most beautiful thing I had ever seen.”

She quit Irish dancing and put everything into becoming an aerialist. After being placed in two specialty acts for each of the programs she did over the course of two summers, McAuliffe felt ready to try out for Les Aerielles.

During the fall of eighth grade, she auditioned for the team and she was told by the coach, Janene Davis, that she was nowhere near the skill level of all the other girls on her team. McAuliffe was not defeated — she was determined. She took seven months of Chinese acrobatics and aerial classes in order to train herself for her second audition, but her efforts only led to another rejection.

“Again, I’m nowhere near,” McAuliffe says. “I just feel humiliated when I’m training with them. They’re just so much better than  me, and I’m just so insanely weak.”

The rejection turned into more motivation for her to continue with her training. However, during the training, she noticed a pain in her wrist, which turned out to be a ganglion cyst. After the minor surgery to remove the cyst, McAuliffe endured months of recovery and physical therapy.

Around a year and a half had passed since the injury when McAuliffe decided to go back into aerial training. Many of her friends and family were skeptical of her desire to continue, but McAuliffe’s mother, Janet Wiener, supported her throughout the journey.

“I’m pleased that she kept working,” Wiener says. “I was impressed that she didn’t give up and went back to training as soon as she could.”

McAuliffe did not want to continue to focus on whether or not she was good enough for Les Aerielles; she wanted to focus on regaining the confidence with aerial that she had once before.

After a few months time, she was told by one of her trainers that she should try out for Les Aerielles again. Skeptical, McAuliffe didn’t agree. Regardless, her trainer contacted Davis and convinced her to come watch one of McAuliffe’s trapeze classes. 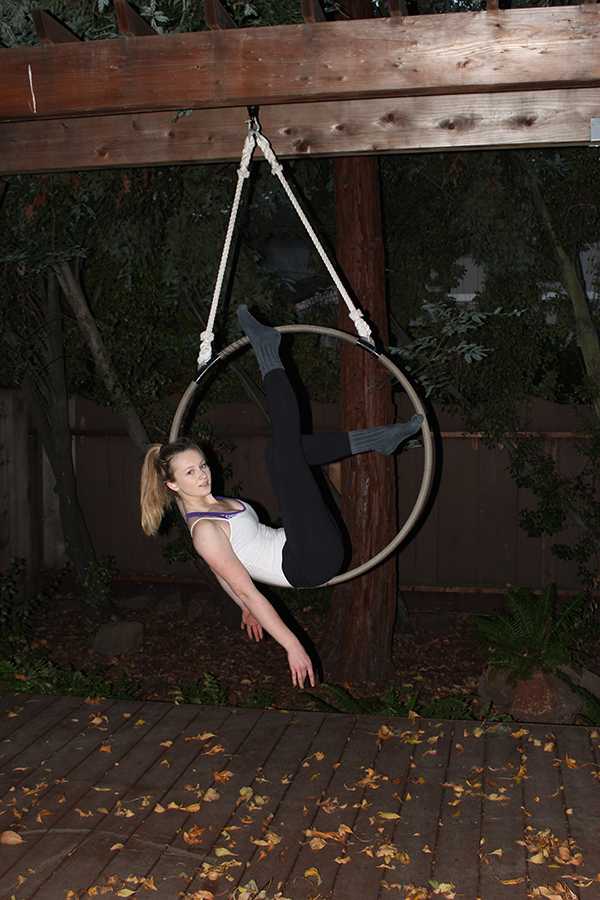 After the class ended, Davis called McAuliffe over and stated that she wanted to give her another shot.

McAuliffe began training with the team twice a month as a trial before officially making the team.

“By the end [of the first practice], I’m just like a soggy mess; I’m like a puddle,” McAuliffe says. “I was like, ‘I don’t care, I’m going to give this everything I’ve got.’”

Since the beginning of eighth grade, becoming a part of the team had been something McAuliffe dreamed of. By the end of junior year, McAuliffe no longer dreamt about it, she was there; she achieved her aerial dream.

“I got to perform for the first time with Les Aerielles,” McAuliffe says. “I couldn’t stop smiling when I was up there. It was one of the best moments of my life.”