Scared to speak up: are conservative voices in California being suppressed?

The day after Donald Trump was elected president, walking across the Quad at brunch was tense and uncomfortable for Sophia, a Palo Alto High School student whose name has been changed for privacy. Moving amid students with furrowed brows and teary eyes, Sophia looked down at her feet, worried they could all see right through her.

One of the relatively few politically conservative students at Paly, Sophia rarely speaks truthfully about her views. She fears backlash from her peers, the overwhelming majority of whom identify as liberal. While many residents of the Bay Area have reacted to Trump’s victory with open anger and dismay, other Californians such as Sophia are inwardly celebrating the victory of their favored candidate, while attempting to avoid the notice of their peers in fear of alienation and isolation. 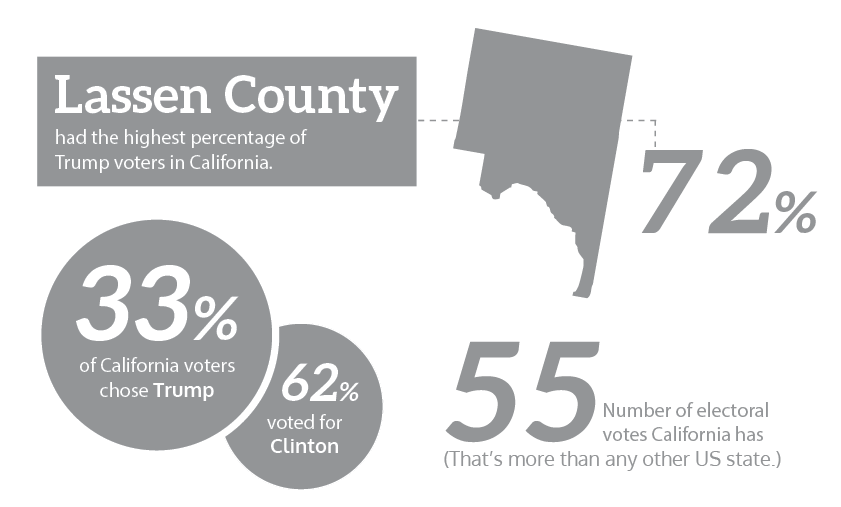 A Battlefield in the Classroom

Sophia’s distress did not end upon entering the classroom, where she felt just as out of place. During classes the week after Trump’s election, some teachers set aside time for students to talk about their views on the election results. According to Sophia, however, many of her classmates used the time to say insulting and unfounded things about Trump and conservatives in general, as opposed having civil and fact-based conversation about pivotal election issues. 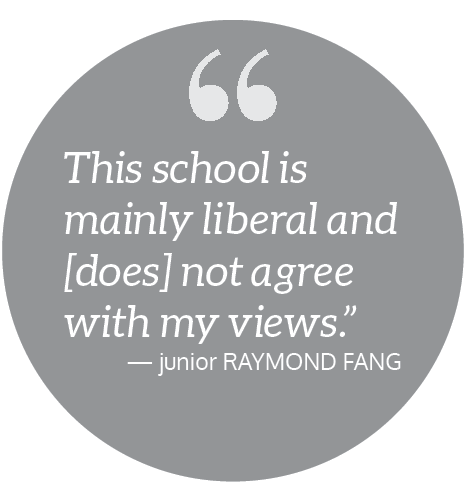 “I have not felt safe or comfortable sharing my conservative views in class and have struggled with being attacked all week,” Sophia says. “A student at a public school should not feel unsafe walking into class and sharing their views.”

Other Paly conservatives have gone through similar experiences while on school campus.

“This school is mainly liberal and [does] not agree with my views,” says junior Raymond Fang, a Trump supporter. “I have not received any violent physical threats, [but] I have heard verbal aggravations toward me and my peers who agree with my viewpoints.”

According to Fang, many students are dissuaded from voicing their opinions due to the strong anti-Trump sentiment which permeates the Bay Area. Trump supporters such as Fang, who do choose to speak up, say they are sometimes subject to both verbal and physical abuse.

“Being a Trump supporter at Paly, I have learned to always be on guard due to intolerant people who have spat on me, harassed me and attacked me,” junior Varun Dutta says. One of the more vocal Republicans in his grade, Dutta claims that his experiences of being shoved and choked by others on campus — due in part to his Trump sweater — force other Trump supporters to hide their true beliefs.

“I would never share my views outside of my family,” Sophia says. “I tried once and I was completely attacked by people I considered my close friends.”

Many conservatives at Paly feel that debating political topics is no longer worth the effort due to general hostility towards opposing opinions, a widespread problem among both liberals and conservatives.

“No matter what, in this game of politics, you take your own side and there’s no way you can convince someone else that they’re wrong,” Fang says. After many heated debates which amounted to nothing — both he and his opponent refusing to accept the other’s points — he is disillusioned about the benefits political discussion can actually have.

“To combat this problem, Amer 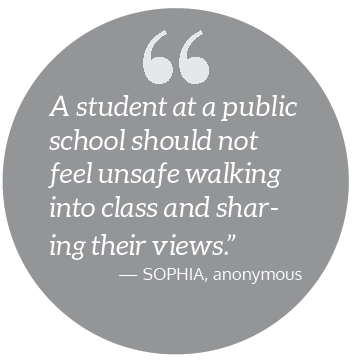 icans need to drop their assumptions about each other,” Dutta says. “According to Pew [Research Center], half of Americans, regardless of political affiliation, feel that talking to the other side is ‘stressful and frustrating’ rather than ‘interesting and informative.’”

In the current political climate, Dutta says people are motivated to discuss their opinions only with those they already agree with. Many students, both conservative and liberal, may unknowingly dwell in echo chambers: environments in which ideas and biases are enforced and never challenged. According to Dutta, this propagates misinformation and ignorance.

“I worry and think of the people who cannot voice their support [of Trump] because they are in fear,” sophomore Vivian Feng says. “I ask that no matter what your political background is, you allow and accept other people’s ideas that revolve around politics.”