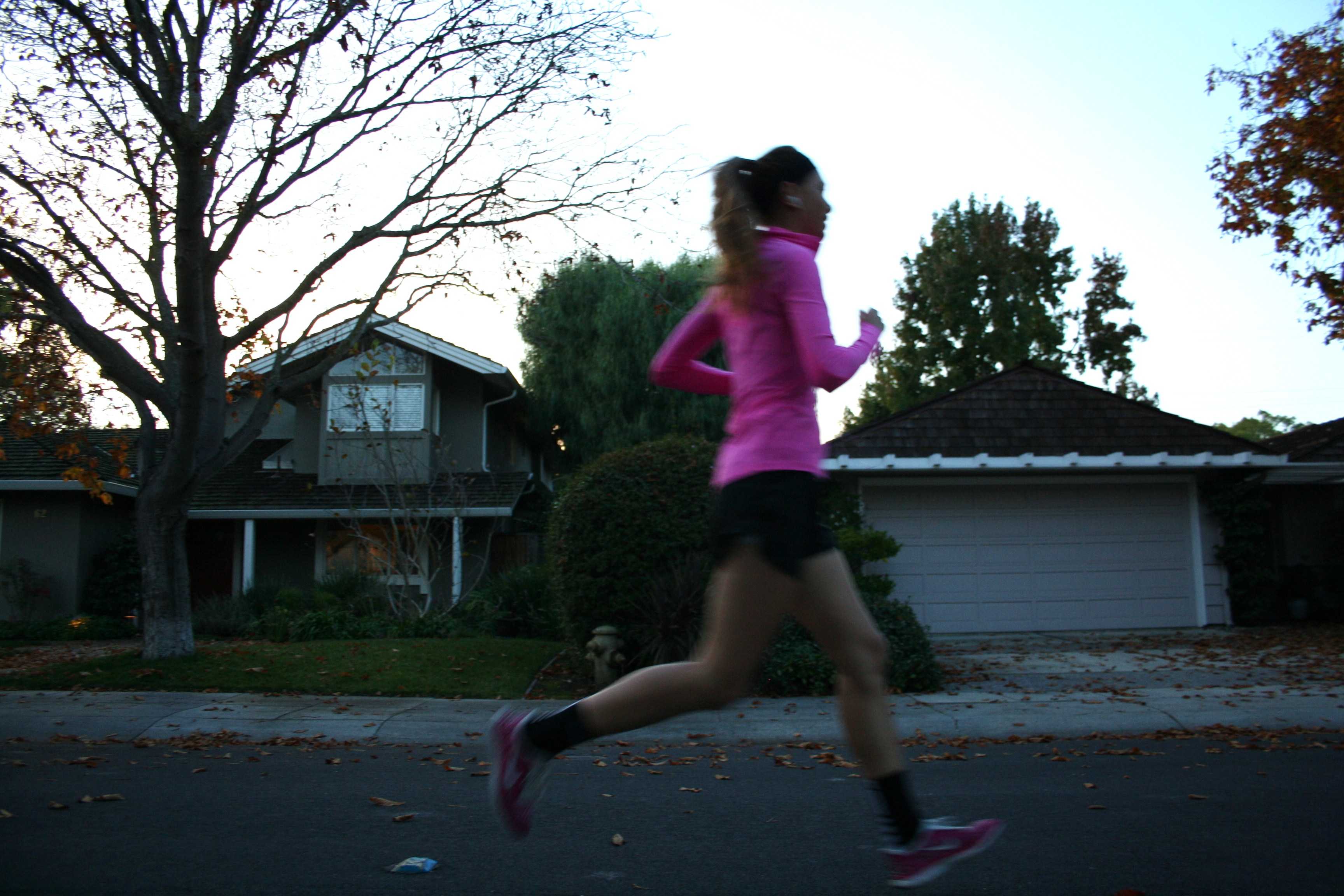 A Palo Alto resident runs through her neighborhood

Going out for a run on a nice, quiet, dark night? Think again. Even in a city as safe as Palo Alto, assault still exists. Knowing how to minimize your chances of being attacked and if the situation arises, how to increase your chances of escaping is important, especially for young women. Sergeant Rich Bullerjahn from the Palo Alto Police Department sat down with Verde and offered his take on how to stay safe and fit.

Bullerjahn warns against using excess force. You can pretty much use any reasonable weapon to actively defend yourself from harm whether it be using hairspray or a boot or fists, but it has to be reasonable.  Using excess force can result in major fines, and get you in serious trouble with the law. The misuse of pepper spray in California comes with state penalties of up to a $1000 fine and/or up to three years in prison, not to mention a possible felony conviction on record. This includes, but is not limited to using it out of anger, or spraying as a joke.

There IS a difference between black belt karate and self defense moves! Being an expert in martial arts doesn’t guarantee you will be able to get away from your assailant. Bullerjahn suggests finding a reputable class, which is not hard in Palo Alto.  Classes can range from less expensive basics, offered at places such as the YMCA, to pricier but more comprehensive full-on scenarios with mock assailant instructors, like IMPACT Bay Area.

Grab a buddy, or make it two! Running in groups of two or even three is ideal.  An assault is a one-on-one crime, so by being in a group, chances of you being attacked go down considerably.  This also allows you to be flexible about timing your run.  Running in larger groups at night may be even safer than running alone during the day. If you can’t find a friend, bring either your own, or a neighbor’s dog along with you: this will make you less susceptible to attacks.

The sun in December starts to set around 5 p.m. This is one of the drawbacks of winter; however, unless you plan on grabbing a buddy to tag along, the morning or before 5 p.m. are your safest options. If running past 5 p.m., and alone, find a safe place. Ideally, a location with multiple people doing the same activity as you will offer the most protection: a running track or a local park where you know many people will be running. If you can’t access these areas, at least make sure someone knows your location at all times, and your estimated time of departure and arrival.

A few seconds is all you need to distract any attacker and get away.  Pepper spray is available in retail stores in small 2.5 oz cans. iPhone cases with built-in pepper spray cans are also available in retail stores. Bullerjahn recommends carrying a can with you, as it is compact, and easy to carry. However, drawbacks lie in manufacturing and the effect of wind.  If not used for three to four years, there is no guarantee the spray will work, and if you are in a situation where the wind is blowing towards you, it could potentially backfire on you. The best recommendation is to know your pepper spray well, and replace it often.

If you’re running at night, and without a buddy, those ear buds can be a serious safety hazard. Being aware of your surroundings means being able to see and hear everything.  This includes, but is not limited to, headphones, earphones, cell phones, iPods or other listening devices. If unplugging is not a possibility, try turning your music down low enough to hear any footsteps within a 10 foot radius. If, for instance, someone walks or drives up behind you, you want to be prepared should you have to defend yourself. Any listening device could get in the way of your safety, a risk not worth taking.