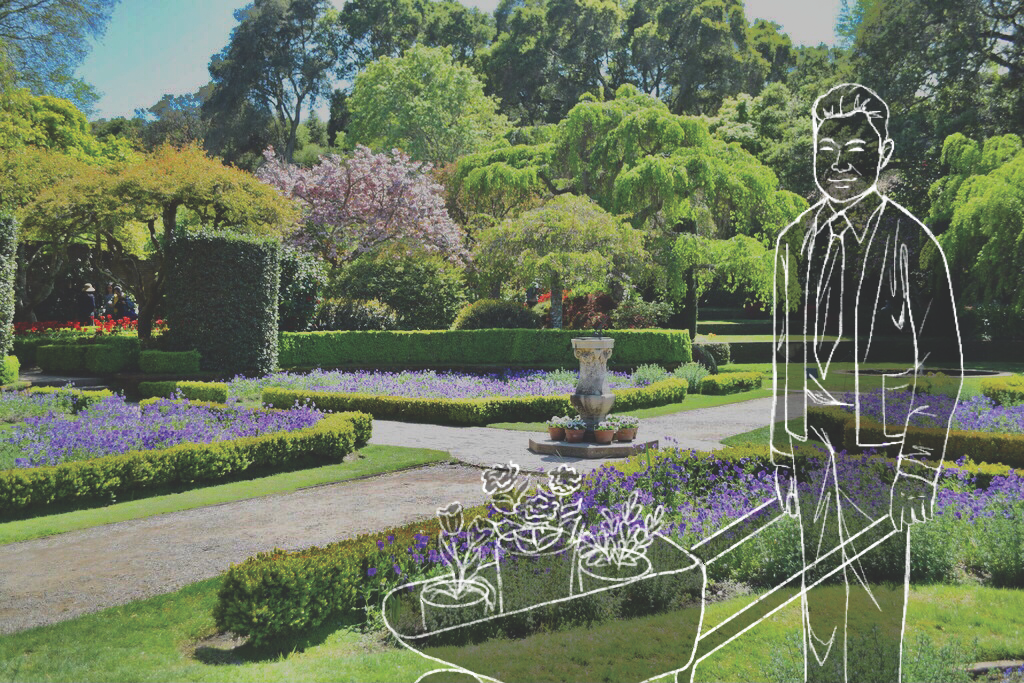 THE DOMOTO LEGACY — This photo illustration depicts Toichi Domoto, one of Filoli’s original horticulturalists, standing before Filoli’s garden. Despite extreme hardship, such as Japanese internment, the Domoto family became some of the first to commercially grow Japanese plants in Northern California. “I walked through Filoli’s garden and I see every day ... their [the Domoto’s] impact in the horticultural industry, with the wisterias that are blooming here in the garden, the camellias that are blooming nonstop and all of the other plants that they helped make popular here and bring here,” said Erika Frank, Filoli’s director of education and interpretation. Photo illustration: Avery Hanna and Samantha Ho

Across a glistening pond and a field of bright tulips, lush wisteria climbs its way up a brick wall. A couple poses for a photo, a young girl dances across a pristinely pruned lawn and small groups of visitors stroll through the gardens, taking in another beautiful day at the Filoli Historic House and Garden in Woodside. At first glance, Filoli appears to be the epitome of peace and harmony — a picture-perfect paradise.

However, Filoli’s latest exhibit, “Stories of Resilience,” acknowledged the estate’s history of racial exclusion and highlighted stories of minority groups that helped make Filoli what it is today. Throughout the house and garden, several signs were placed on display until May 23, addressing individuals of various roles and discussing excluded racial groups.

The historic landmark has long been a favorite photo-op destination for Palo Alto High School students, but the recent exhibit has prompted them and the wider community to look deeper and explore the stories of those who left their mark on Filoli — and those who never had the chance. The exhibit is one of a variety of efforts Filoli has implemented to expand beyond its aesthetic value into the educational, according to Erika Frank, Filoli’s director of education and interpretation.

“This place, it’s just a building, it’s just a garden until we start sharing the narratives of the people who created it, and stewarded it and continue working here.”

In 1917, Filoli was created by William Bowers Bourn and Agnes Moody as a self-sustaining country estate. After they died in 1936, the Roth family purchased Filoli and worked to add to the garden’s beauty until they donated the house and garden to the National Trust for Historic Preservation. The house and garden opened to the public in 1977.

The house now serves as a portal to the past, memorializing the story of the Bourns and Roths. Signs throughout the house provide snippets of insight into their world and their lives, but the house and the gardens encompassing it are built on the legacy of many more.

“This place, it’s just a building, it’s just a garden until we start sharing the narratives of the people who created it, and stewarded it and continue working here,” Frank said.

The heavy, sweet scent of wisteria and its cascading purple flowers are defining elements of spring at Filoli. On our recent visit, a sign in the garden house shone light on their little-known history, introducing the stories of some of Filoli’s first horticulturists.

The placard featured Toichi Domoto, whose family was one of the first in Northern California to commercially cultivate Japanese plants including wisteria, azaleas and camellias. In addition to highlighting their accomplishments, Filoli’s “Stories of Resilience” exhibit also recognizes the Domoto family’s plight as Japanese Americans during WWII. Domoto’s placard is the only one featured in the gardens, with the rest residing indoors.

“I thought the exhibit was actually really interesting, because it’s always different … learning about personal stories from history, rather than just learning about the historical events themselves.”

Upon entering the house, yellow arrows on the ground direct visitors into a short hallway where light turquoise walls and gold leaf ornamentation come into view. Stepping into the ballroom, guests are greeted with ornate chandeliers, intricate floor-to-ceiling murals and echoing jazz music. This room added an auditory element to the largely visual exhibit, inviting visitors to imagine what Filoli could have been with more contributions from the Black community.

Filoli’s history of racial exclusion is prominent, as Black and Latinx people were absent from Filoli during its time as a private house, according to census records. As a result, the displays dedicated to these communities were more generalized. For example, Filoli devoted a placard to Duke Ellington, a famous Black jazz artist, whose energetic compositions were overlooked by the Bourn family.

Other placards described previous staff members at Filoli who demonstrated resilience despite living in a society that rejected them. These ranged from Bella Worn, who owned a florist shop in a time where women were employed less frequently, to Teikichi Taga, the Roth’s butler, who was forced into a Japanese internment camp.

“I thought the exhibit was actually really interesting, because it’s always different … learning about personal stories from history, rather than just learning about the historical events themselves,” Paly junior Xiaohan Li said. 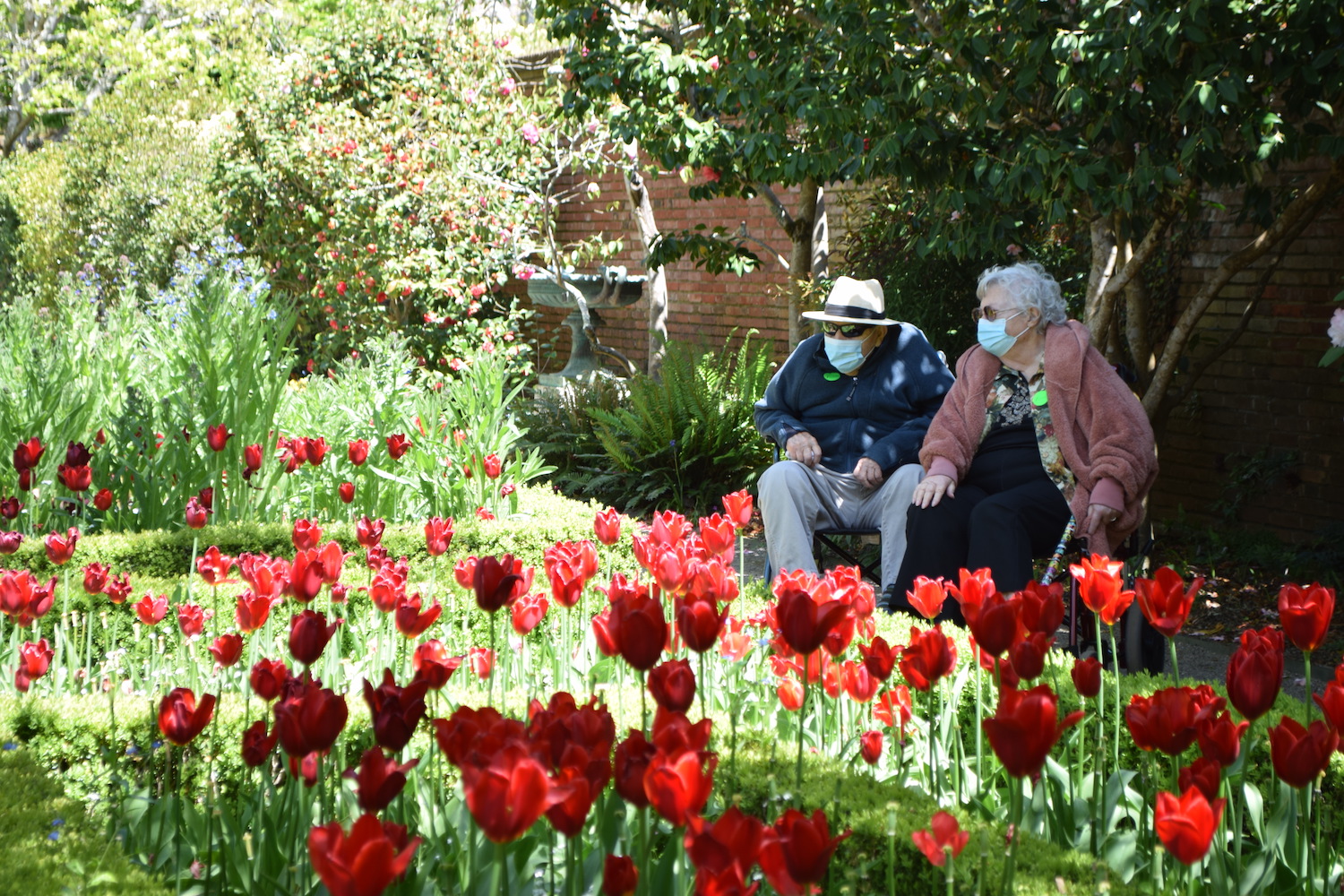 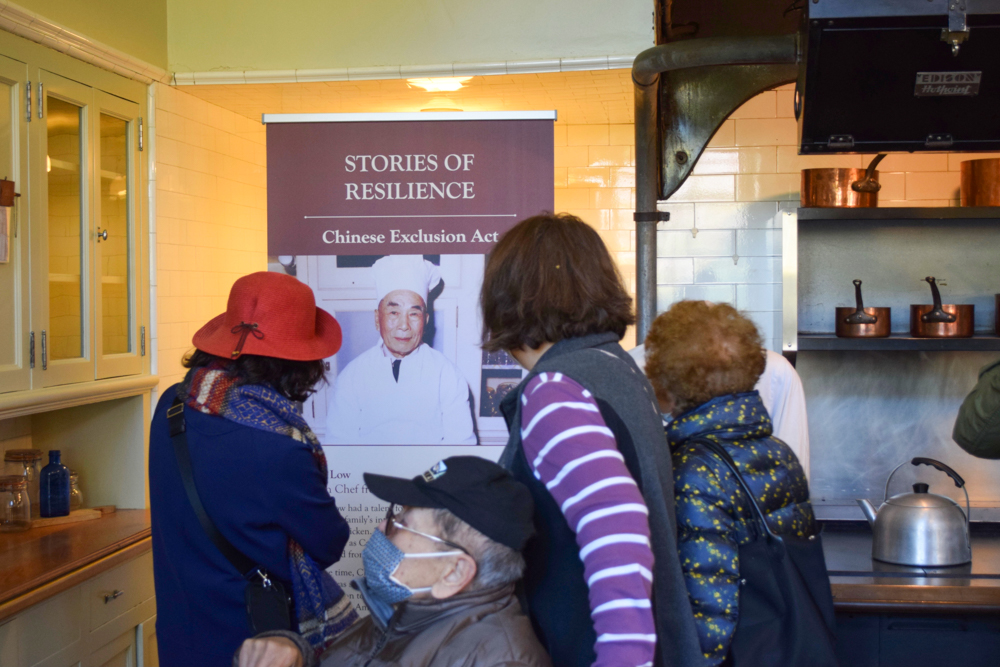 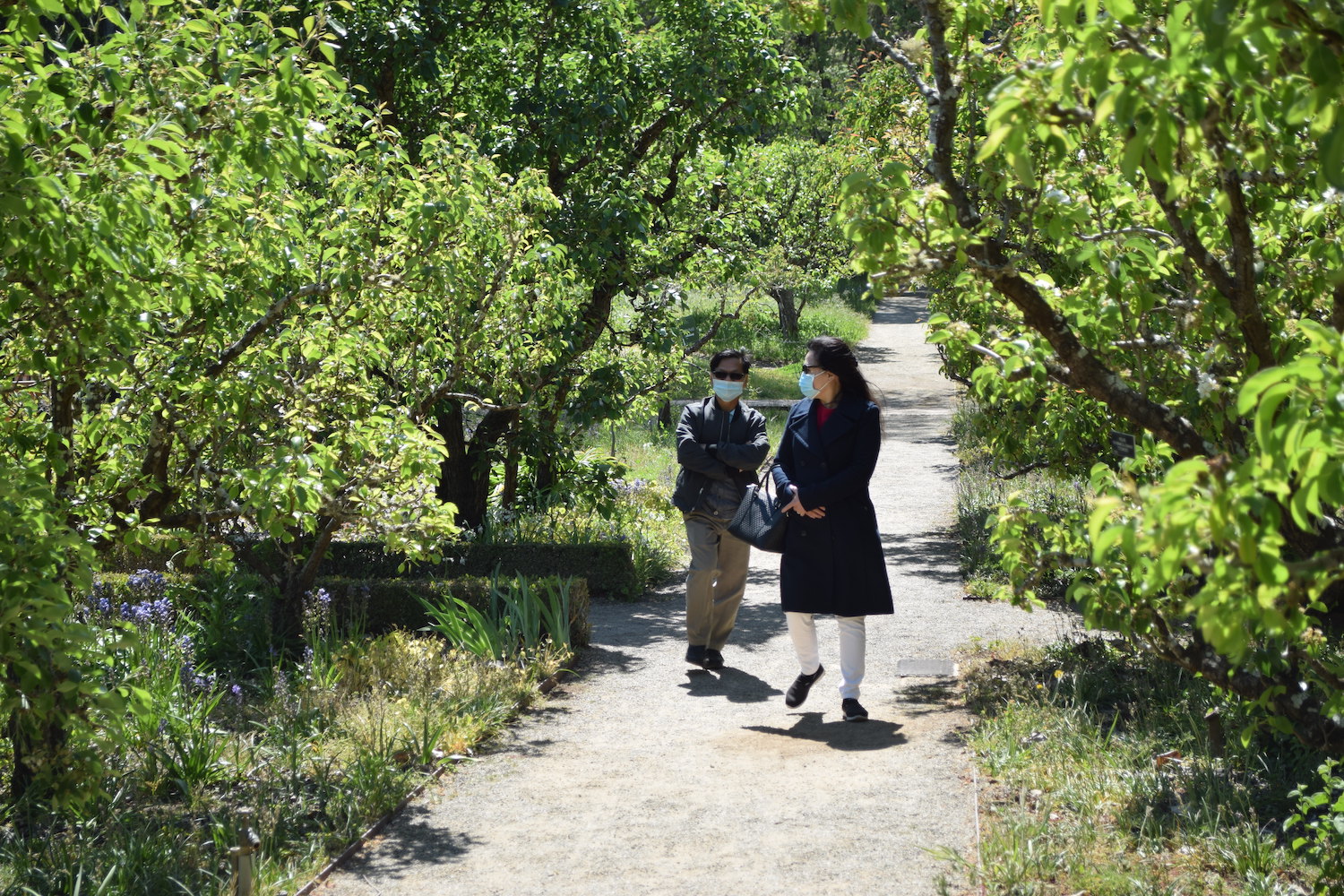 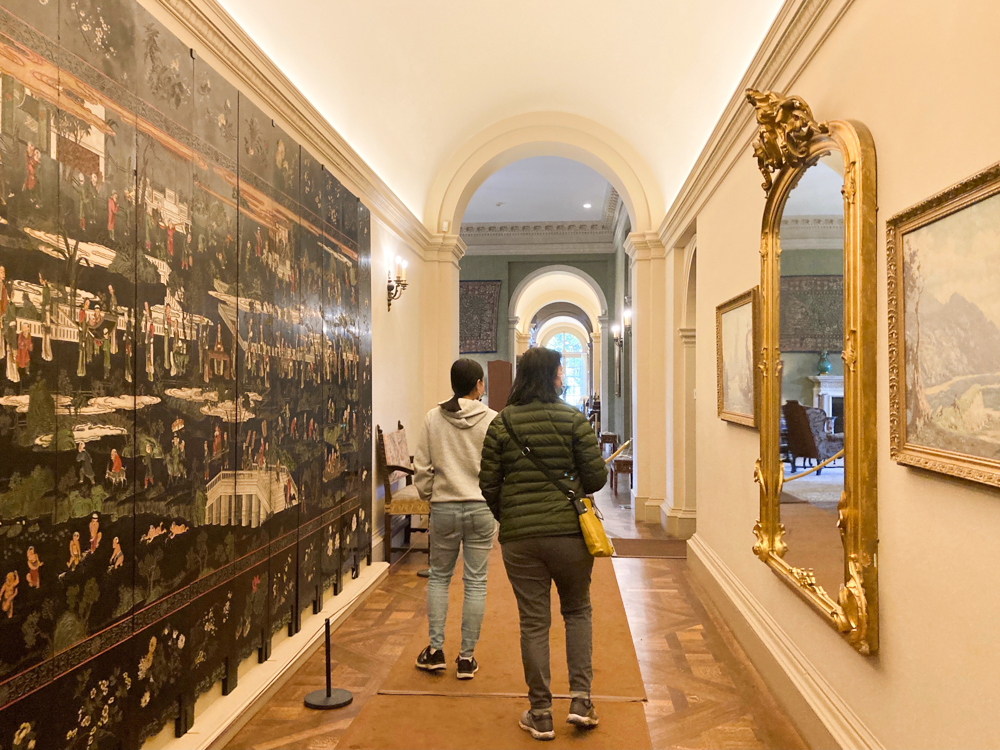 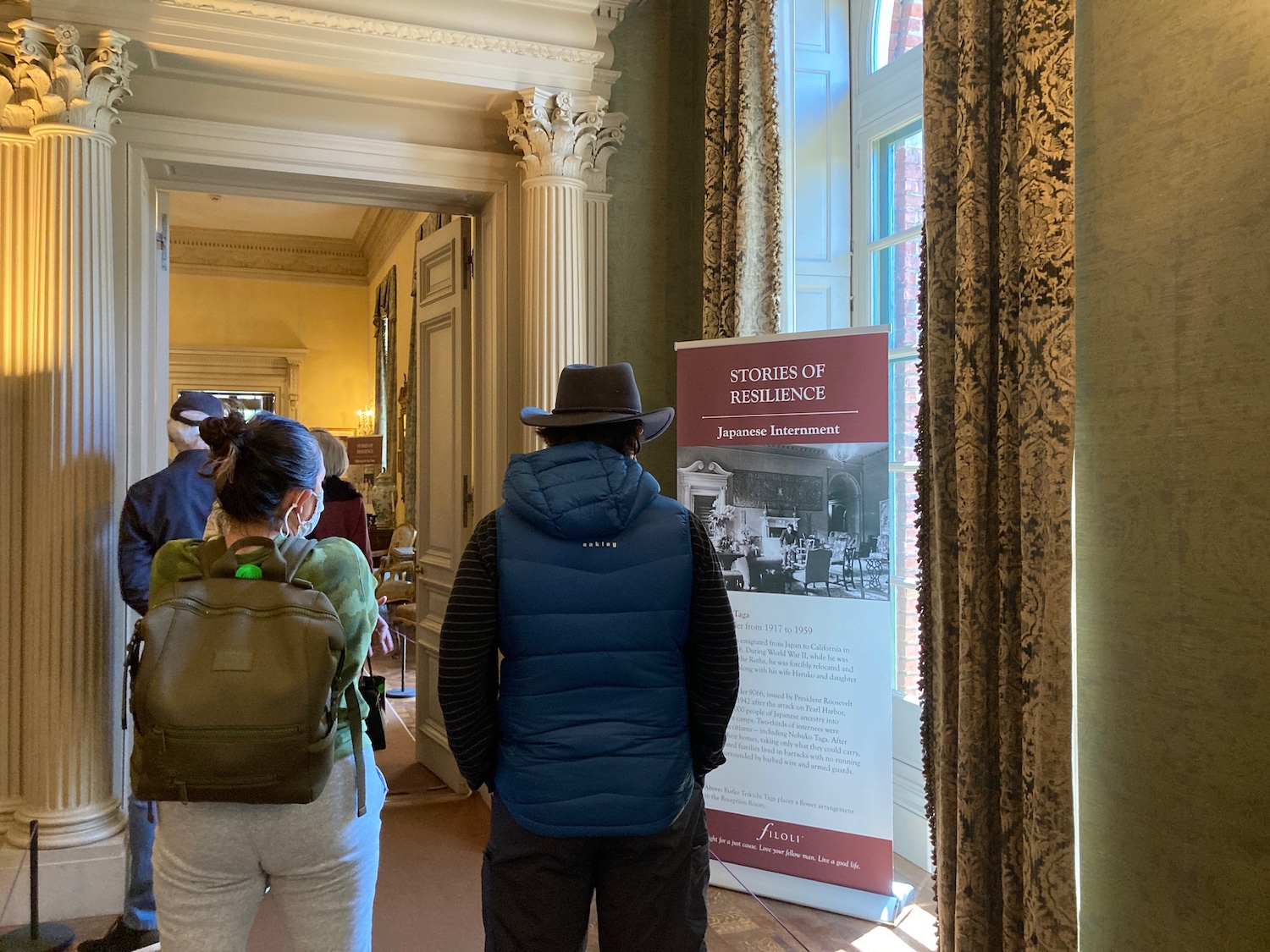 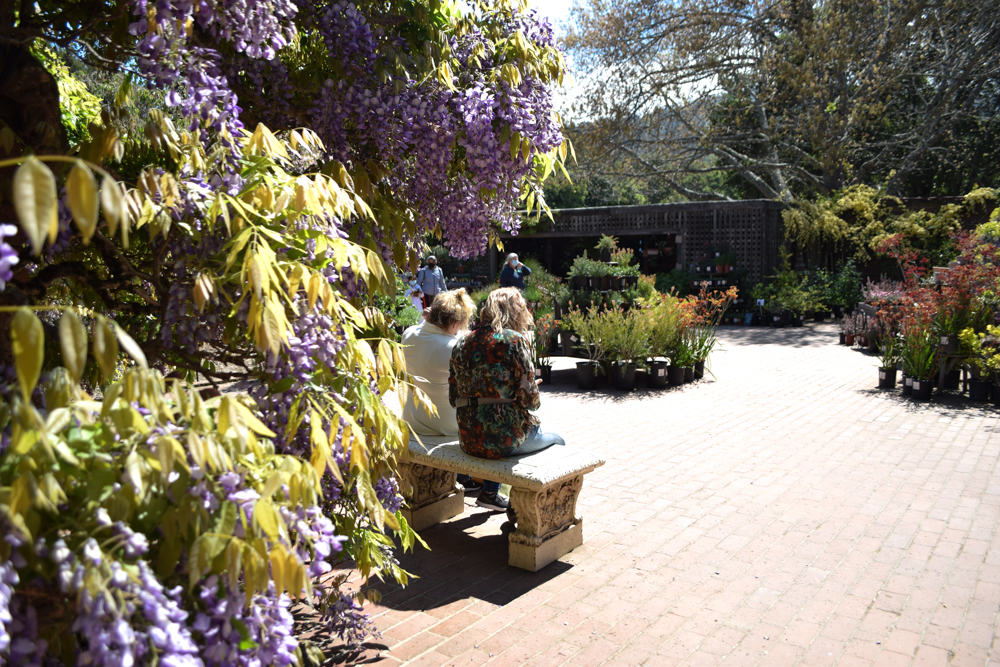 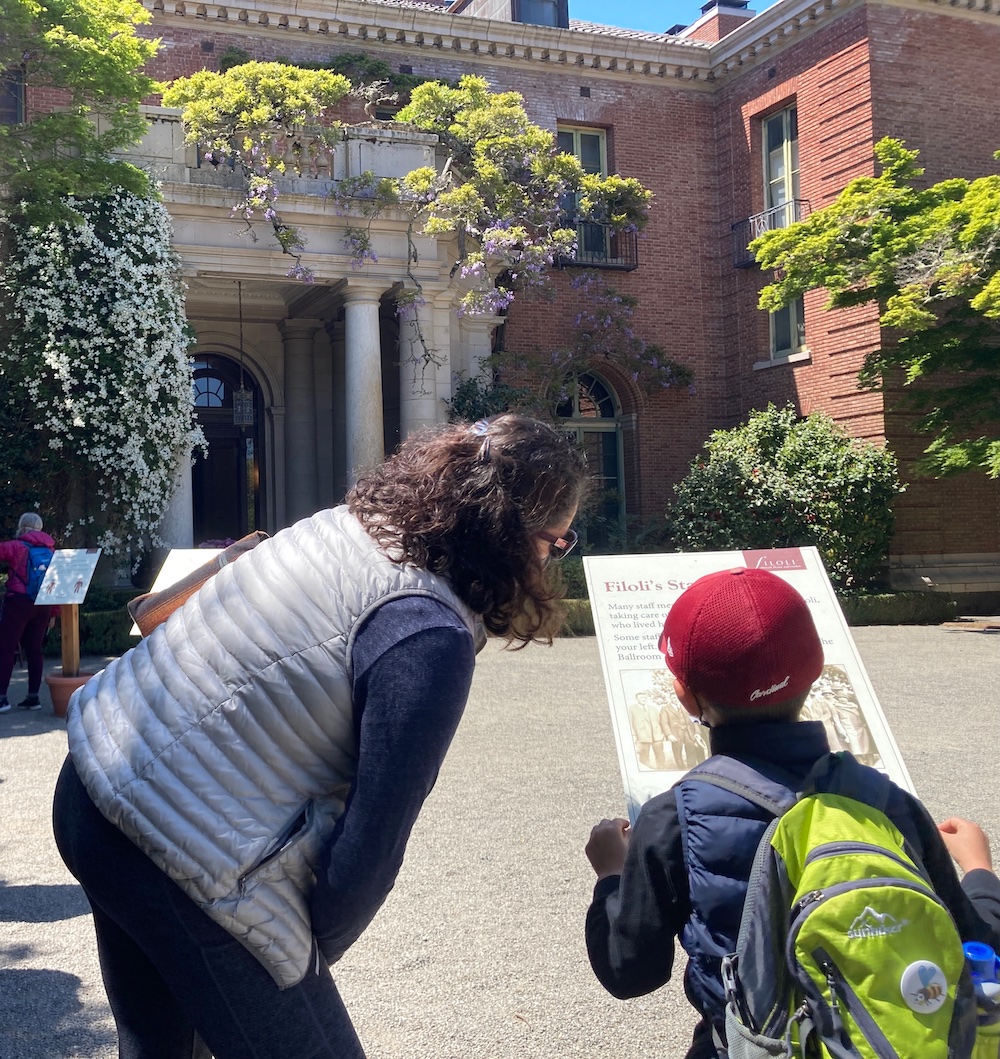 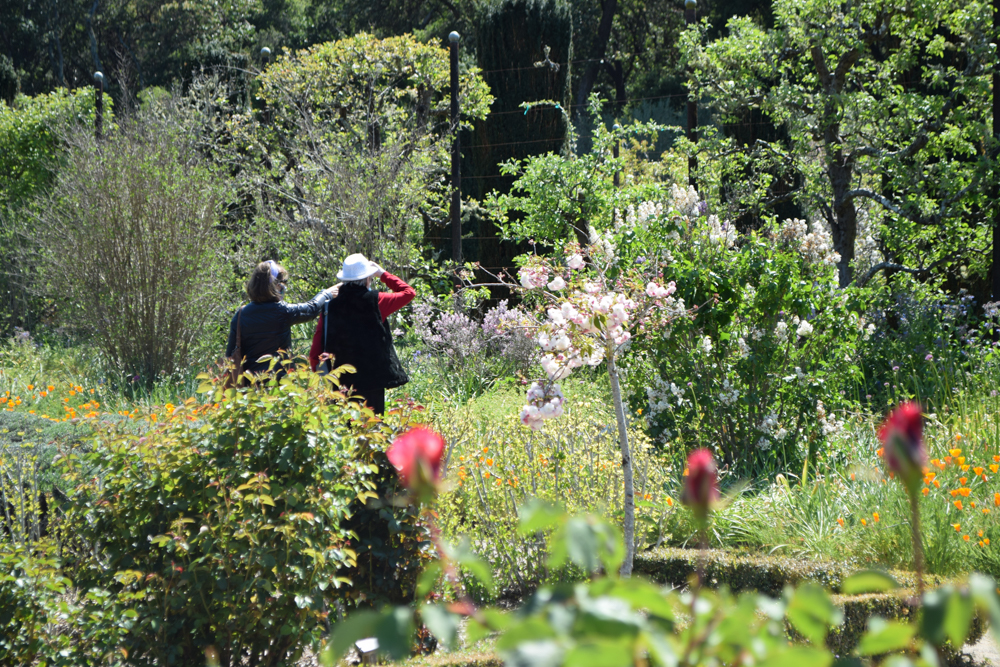 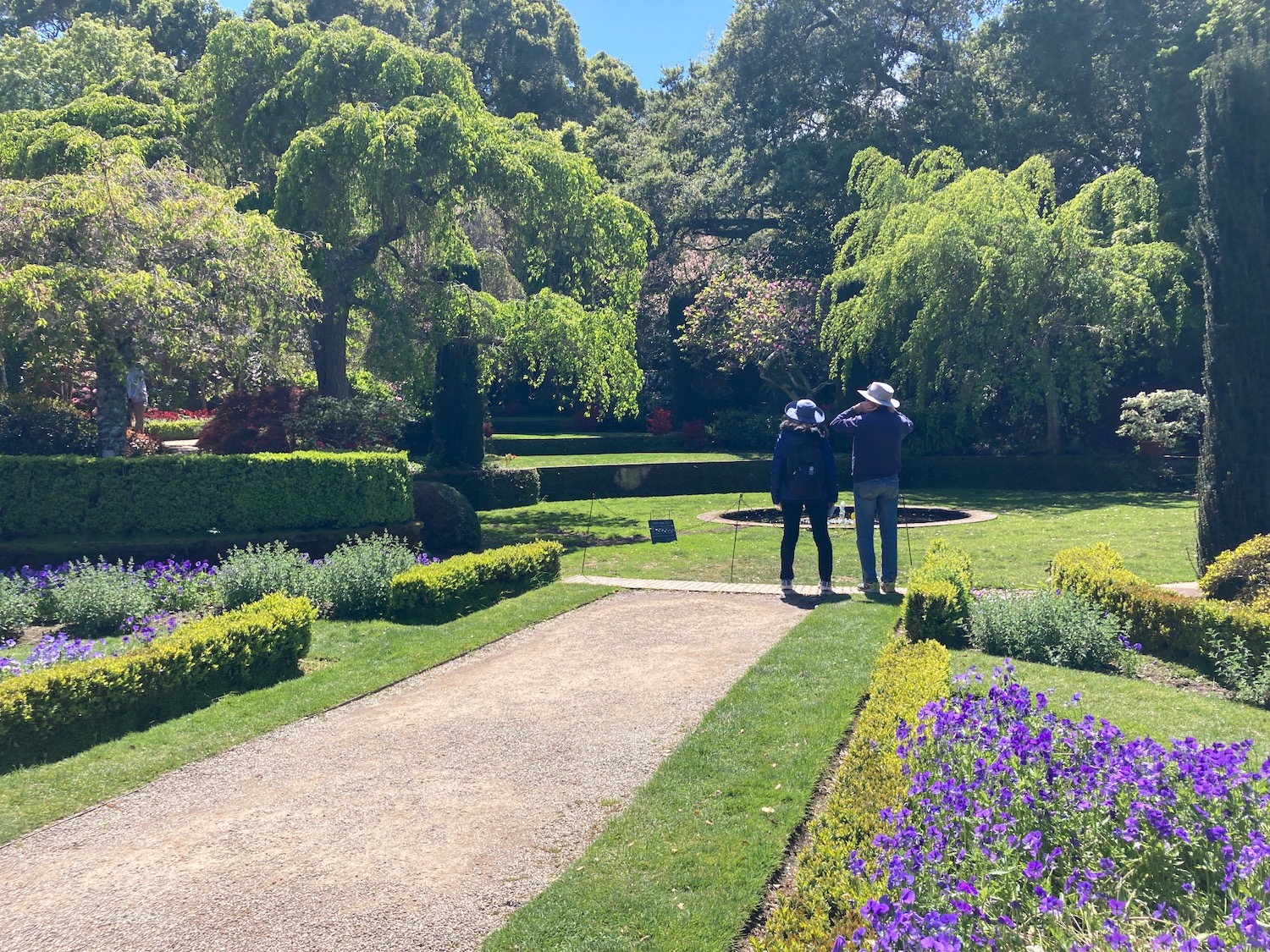 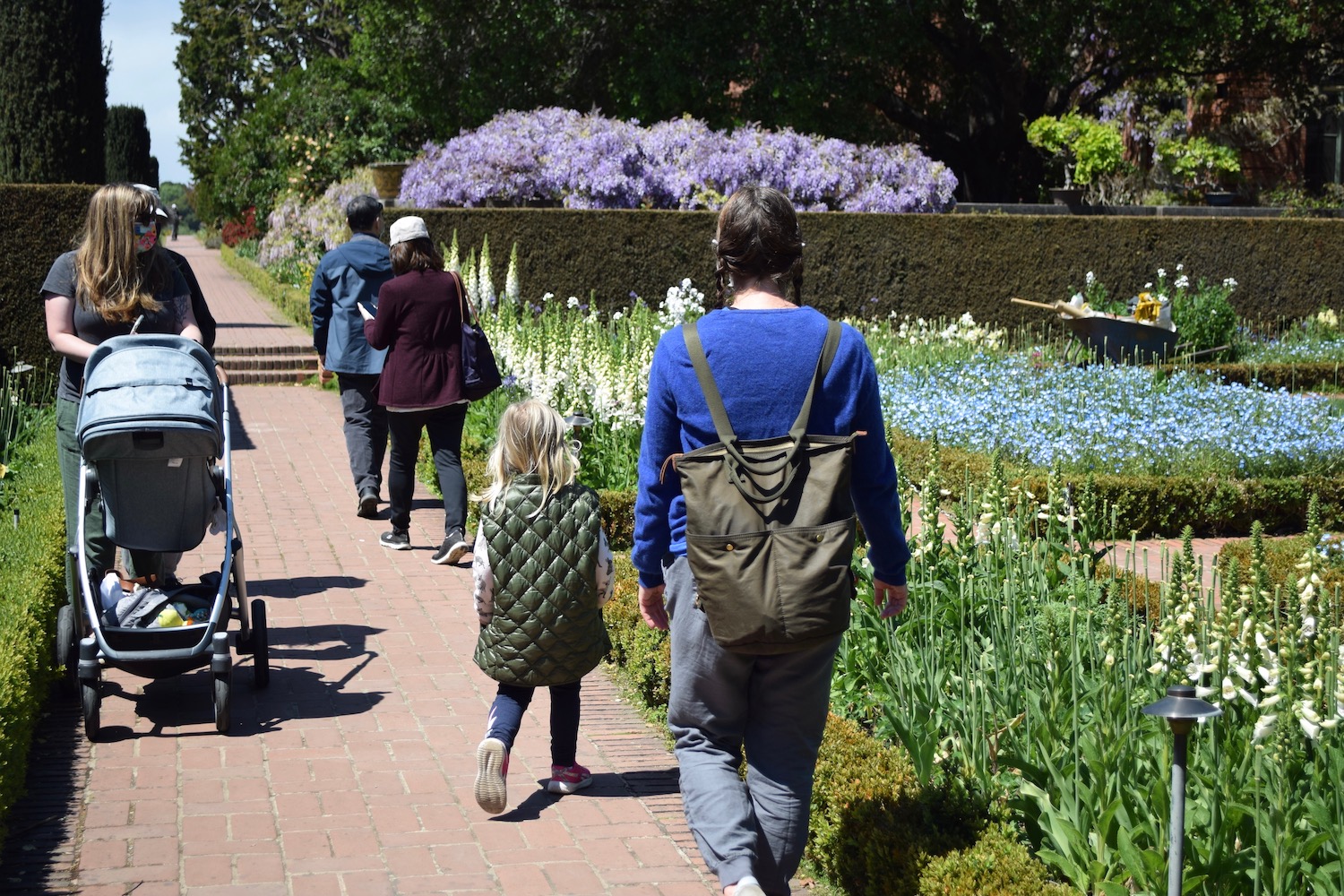 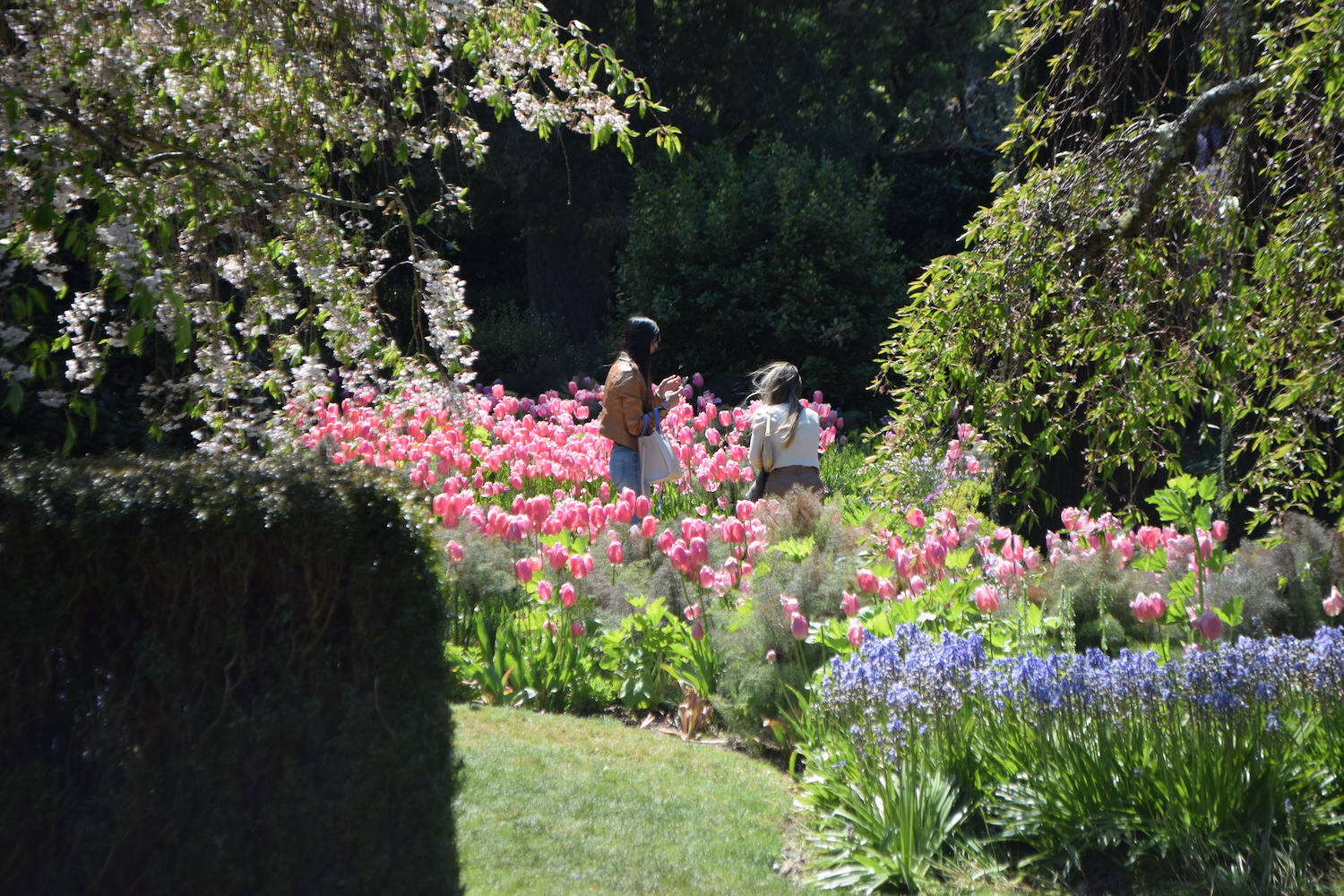 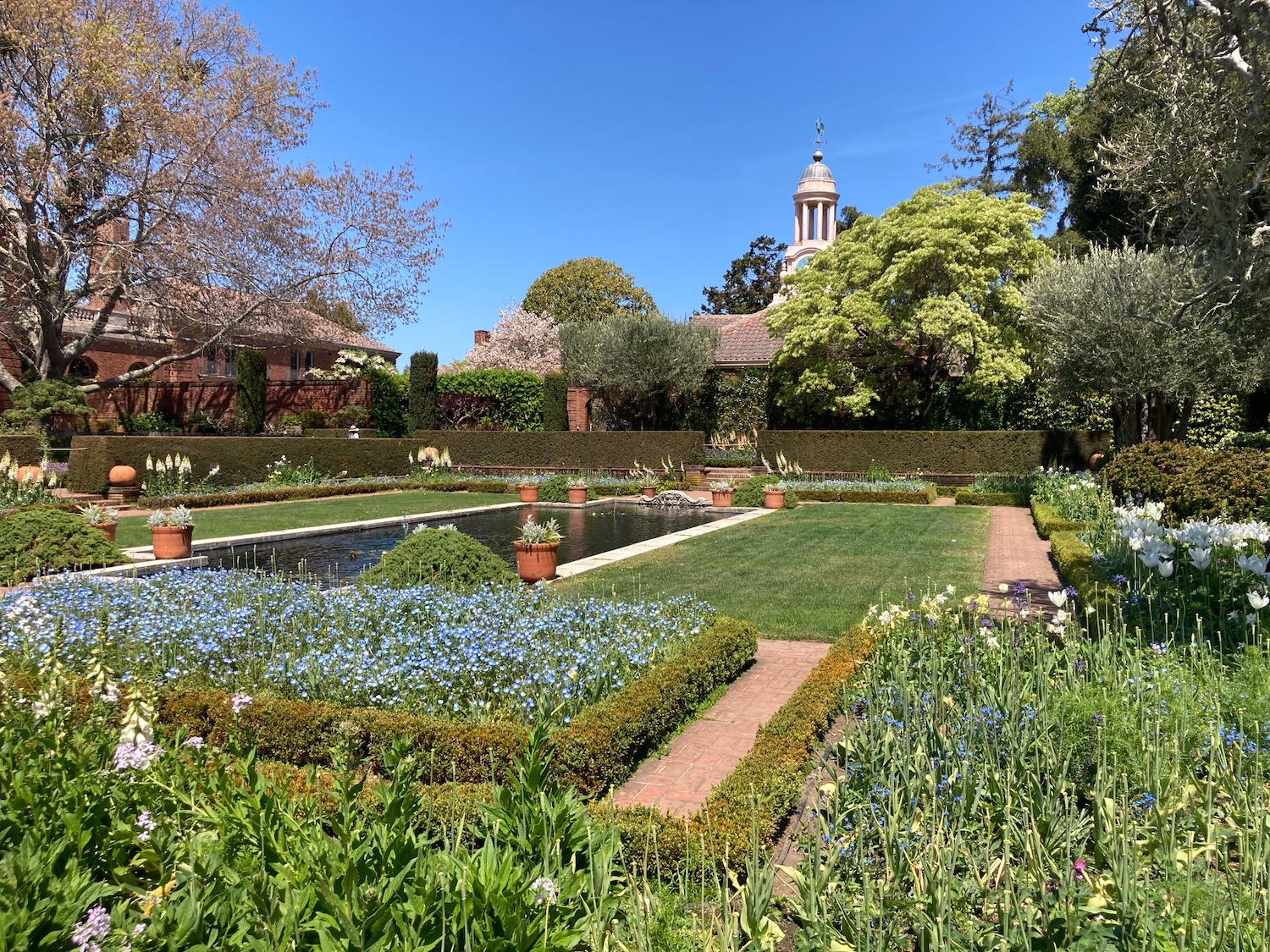 In “Stories of Resilience” and beyond, Filoli is working to increase education on the history of the estate, recognizing contributions and challenges beyond the central families that owned the land.

Filoli has also been working to improve its diversity by participating in the American Alliance of Museum’s Facing Change program, in an effort to create a more diverse board of directors and make the site a more welcoming place for all Bay Area residents.

“We believe in diversity, we believe in inclusion, but defining what that means for us as an organization is important.”

Filoli plans to celebrate LGBTQ+ Pride month this year with events like a walk on the estate trail with stations to explain the meaning behind the pride flag, along with events to recognize Filoli’s role as abackdrop for scenes from “Dynasty” — a show that highlighted gender inequality and featured prime time’s first openly gay character and first Black female lead.

In the future, Filoli plans to work with historians to tell stories of agricultural workers and highlight the social inequities within their field, especially in the context of Filoli’s families and staff.

“We believe in diversity, we believe in inclusion, but defining what that means for us as an organization is important,” Frank said. “We have action items that we are taking to help us get to that point, and honestly, this is not just a ‘we check things off our list.’ This is an ongoing process of inclusion. For us it’s about continuing to work to be an inclusive place.”