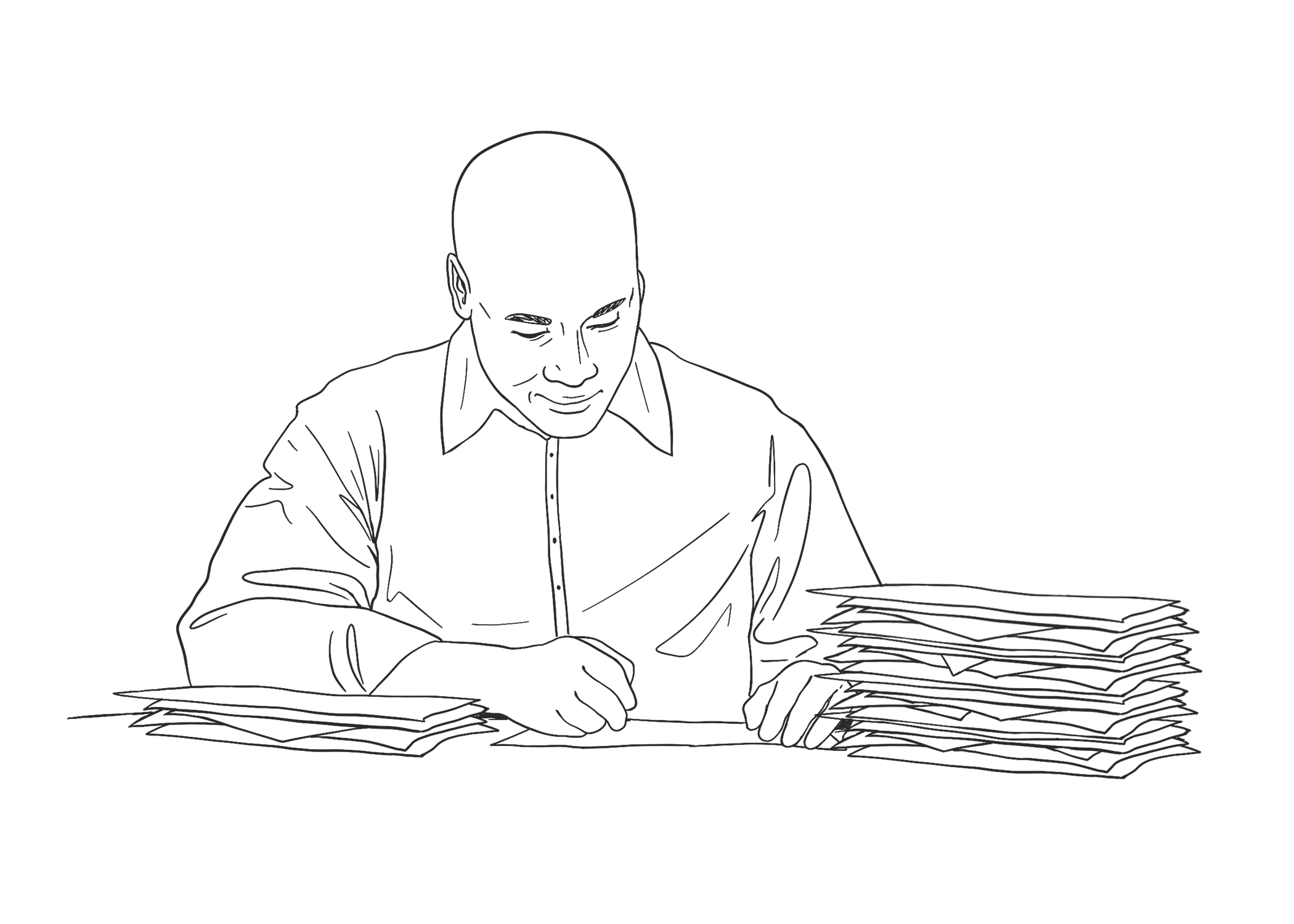 Reading the rubric: Pivotal parts of the AP grading process

“You can tell if someone is an experienced AP reader by what they are wearing,” Palo Alto High School math teacher and AP Calculus grader Steve Marsheck says. “The temperature is always kept really cold to keep the people awake.”

Each June, thousands of teachers from across America gather together to score Advanced Placement examinations in huge convention centers rented out by the College Board. Described by Marsheck as reminiscent of a Costco, these convention centers run like factories. Every couple of hours, someone comes by to signal break time, and AP readers shuffle out like frenzied ants to make the most of their short break before returning to grade.

The College Board sets up four convention centers at the beginning of each summer, with two one-week grading sessions at each center. Within each center, the College Board separates AP readers into sections based on subjects, which are then broken down into individual rooms of approximately 20 graders.

“There were around 800 people — and that’s just the people grading calculus.” Marsheck says. “Where I was, calculus was probably the biggest group. Down the hall, there was bio, which was smaller. They had maybe 300 to 400 people.”

According to College Board, as AP readers grade free-response questions, table leaders check and verify their scores to ensure fairness and accuracy. Each question is read by two readers, and if there is a discrepancy between the scores, the table leaders can override the scores. This method of backreading, where tests are scored multiple times, helps maintain consistency and ensure that the score a student receives does not depend on who grades their test.

“At the scoring table, you grade in pairs,” Paly AP Spanish teacher and grader Kevin Duffy says. “You get to have really great conversations about the responses and how they fit in with the rubric.”

“When you see so many samples of student responses… it helps you, as a teacher, to know what to help students aim for.”

With more than four million AP tests taken every year and over 25 subjects graded by hand, several thousand teachers work from 8 a.m. to 5 p.m., only stopping for lunch and short breaks, for seven consecutive days, according to the College Board.

“You have this big giant box of tests and inside this box you will have 50 folders,” Marsheck says. “Each folder has 25 tests in it. So you go up and you grab a folder, you sit back down. You grade that folder. You put that folder back, and then you grade another folder. You are just cranking through a big pile of papers, hours after hours.”

While grading can be exhausting, Marsheck says the camaraderie with other teachers from across the country helps him enjoy the monotonous, labor-intensive process.

“Each room has a number and you start identifying with your number and the people you’re grading with,” Marsheck says. “For a week straight, you’re eating meals with them and you are taking breaks with them, so you develop friendships with people from all over the country. It’s so interesting to talk to people during lunch and learn what it’s like teaching in the middle of rural Tennessee.”

Most of the AP test grading remains the same year after year, but accumulating the experience of being an AP reader significantly helps AP teachers adjust their own curricula, Duffy says.

“When you see so many samples of student responses, evaluate them and measure them to the rubric, it helps you, as a teacher, to know what to help students aim for,” Duffy says. “You can point students in the direction and be like ‘Focus on this, ignore this.’”

Although the AP test grading system can be harsh and grading these tests is very time-consuming, ultimately the core of being an AP grader is to better understand the course and help their students reach success.

“There is no other way of having the chance to sample that many responses, and you get a really good idea of what quality responses are versus responses that are below the standard,” Duffy says. “It helps you develop a backward plan and think, ‘I know what the endpoint is. Now I have a much better idea of how to help my students meet that standard or exceed it.’”