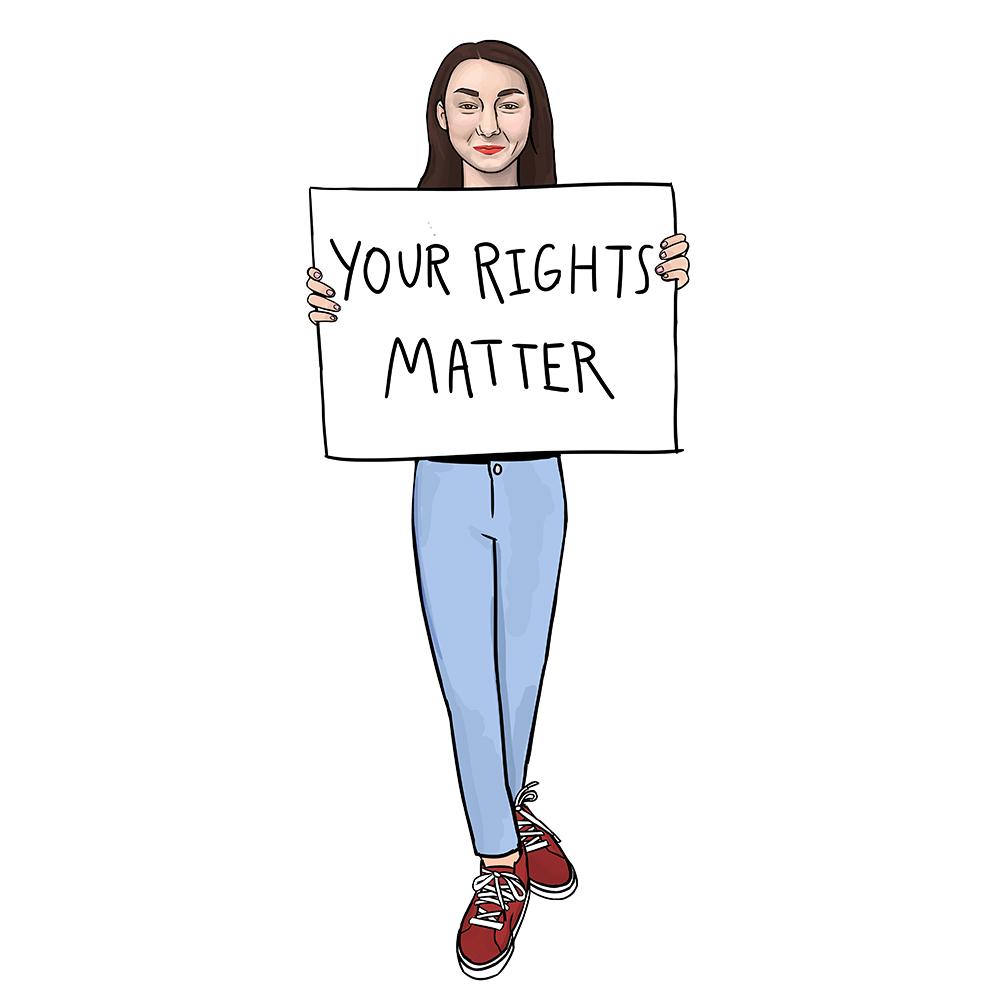 Pro-Choice, Anti-Action?: Why You Should Care About Abortion

Earlier this month, the Senate voted on a bill that would ban almost all abortions after 20 weeks of pregnancy. The country’s attention was caught up in bigger things — the ongoing immigration debate, the House memo, the stock market — and the bill received relatively little airtime.
I heard very little about the bill at school, even among my more politically minded and pro-choice friends. And what I did hear was dismissive: the bill failed. It was only a 20-week ban, not a total prohibition. And with everything else that’s going on in our country, who has time to care about abortion, of all things?
This episode, though only a small blip in the history of women’s rights in this country, is indicative of a bigger problem. Though young Americans are as pro-choice as ever, the movement suffers from what some call an “intensity gap” between the levels of support and commitment espoused by each side of the debate. Compared with those who oppose the right to abortion, pro-choice millennials simply don’t care as much.
According to polling done in 2010 by NARAL, a leading pro-choice organization, only 26 percent of voters under 30 who favored abortion rights considered it a “very important” issue, as opposed to 51 percent of anti-abortion millennials. And in every year between 2001 and 2015 (the most recent polling year), Gallup found that self-identified pro-lifers were more likely than pro-choicers to say they’d only vote for a candidate who shared their views on abortion, a problem that seems likely to worsen as the next generation of voters becomes increasingly dismissive of abortion rights.
In some ways, this makes sense. The pro-choice cause is hardly glamorous. Arguing for bodily autonomy can come off as cold and clinical in a debate that is so often waged in emotional terms. And it’s harder to galvanize a crowd, to make people angry enough to take action, by talking about privacy rights and women’s health than by talking about murder.

“The common belief is that while women’s equality may not have been completely achieved yet, the right to an abortion is secure. That battle was fought and won in the 1970s, by women old enough to be our grandmothers.”

But the apathy I see among people my age runs deeper than that. It seems, to me, to stem from a feeling of complacency. The common belief is that while women’s equality may not have been completely achieved yet, the right to an abortion is secure. That battle was fought and won in the 1970s, by women old enough to be our grandmothers. We worry about parental leave and campus sexual assault, but the days of limited access to abortion and birth control are so distant — especially in a pro-choice state like California — as to seem hardly worth remembering.
But as the Senate’s vote shows, abortion is hardly a settled issue. Across the country, states continue to enact burdensome regulations and restrictions on abortion, which have had the effect of shutting down dozens of women’s health clinics. Though some of these laws have been overturned by the Supreme Court, many remain unchallenged. It may be hard to imagine as Palo Altans, but for poor and rural women in much of the country, getting an abortion is already close to impossible.
Of course, this sort of complacency isn’t limited to reproductive rights. We’re all prone to thinking that the rights we enjoy will be here forever, with little or no action on our part to conserve them. But when we take our liberties for granted, we’re less likely to hold our leaders accountable when they encroach on those freedoms.
And though the Trump administration seems to have instilled a renewed sense of fear and vigilance in many Americans (if surging ACLU donations and memberships are anything to go by), reproductive rights have still fallen by the wayside.
As with all our other rights, we must be vigilant in protecting our bodily autonomy or risk losing it. The prospect of going back to the days before abortion was readily accessible is more than a vaguely uncomfortable thought. It’s a highly possible reality, and for women, it would mean the end of our ability to control our bodies and our family planning.
Something so serious should never be relegated to the sidelines. We all need to be informed, active and passionate about a topic that holds so much sway over our (and others’) daily lives.