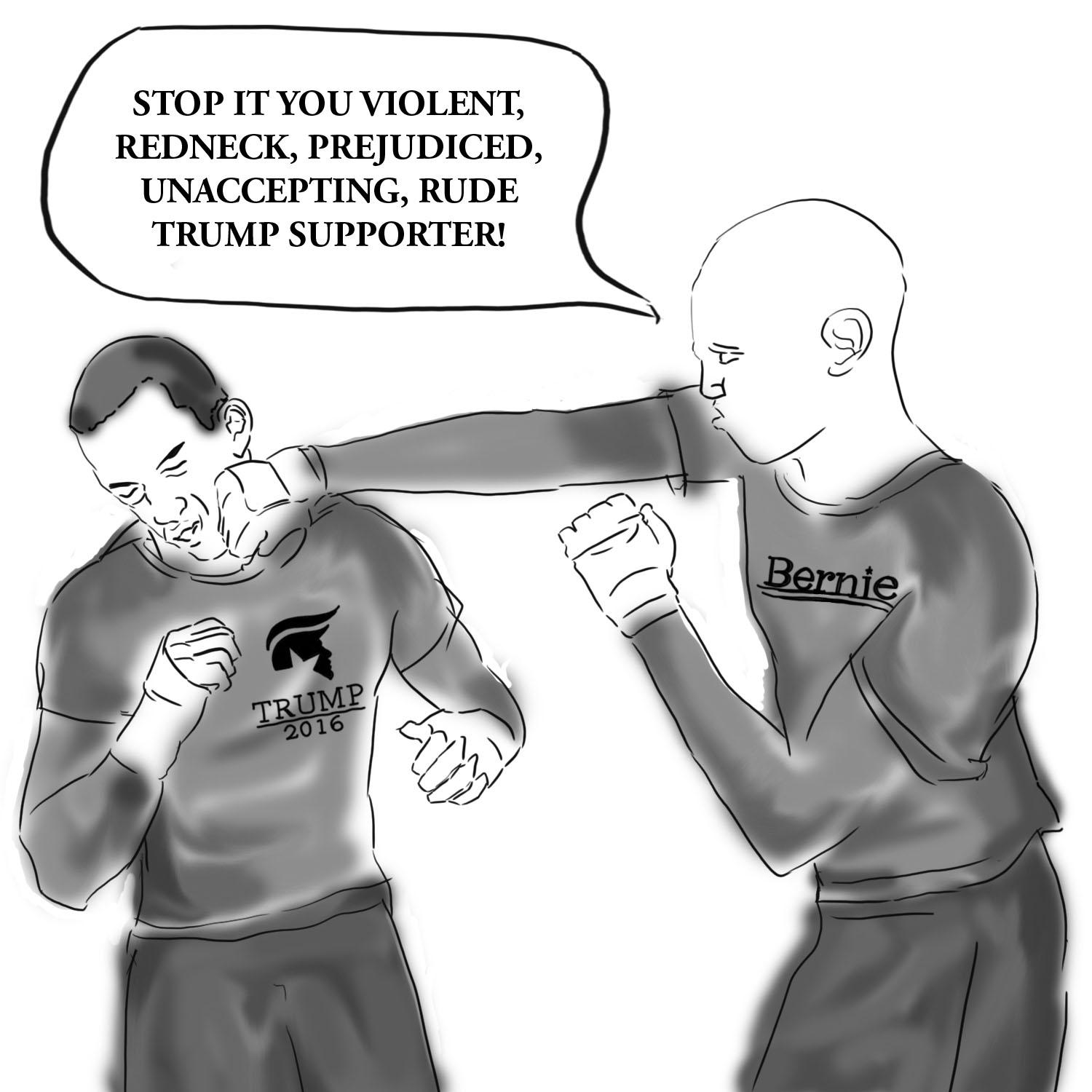 It’s safe to say that the 2016 election will go down in history as one of the most polarizing elections of the 21st century. Both the Democrat and Republican parties have produced candidates farther and farther away from the “happy” median of the political spectrum, committing to statements that scare the moderates of America. Even more interesting is how their supporters are changing the political landscape — the idea of listening to all candidates and making an educated decision, a central part of the democratic process, is disappearing. When voters refuse to listen to candidates who even mildly disagree with their opinion, it is impossible for America to grow as a nation, because we are, in essence, refusing to update our political views.

The first group which comes to mind for a lot of people when thinking of “uncompromising voters” are, of course, the supporters of Republican presidential nominee and business mogul Donald Trump. And yes, many of his supporters are uncompromising and unwilling to listen to anyone who disagrees with them, often threatening violence towards online opponents, but his supporters are not the only ones at fault. The supporters of both Secretary of State Hillary Clinton and Sen. Bernie Sanders, candidates for the Democratic party nomination, have also fallen victim to this idea that they, and only they, can be right, so everyone else must be wrong. When feminist activist Gloria Steinem made her controversial statement that females only support Bernie Sanders so that they can meet men at his rallies, she showed a complete lack of respect for Sanders’ female supporters. Unfortunately, Sanders’ supporters often do the same thing.

At one of Clinton’s events, a young Black Lives Matter activist interrupted Secretary Clinton’s speech to try and draw attention to one of the secretary’s remarks from 1996, when Clinton called at-risk, minority youth “superpredators,” and said, “We have to bring them to heel.” The remark is problematic, and the activist was correct in trying to bring attention to it, but a video of the event clearly shows that instead of trying to start a dialogue, the activist was more interested in calling Clinton out and trying to get people to listen to her own opinion rather than Clinton’s opinion on the matter. After the activist was escorted from the venue, many people claimed the Clinton campaign was “silencing their voice.” But Clinton was completely justified in asking the activist to leave; if the activist was actually interested in reducing systemic racism, she would have allowed Clinton to speak and explain her position on the issue.

Proclaiming your own candidates’ views as the only correct ones and blatantly attacking any other candidates’ political statements undermines a fair and democratic system that should be open to any discussion. If we want to have constructive dialogue, we have to let all sides speak.

Many supporters often find it acceptable to introduce violence into an otherwise healthy political discussion. Trump’s supporters are most often accused of inciting violence at rallies, but Sanders and Clinton supporters have been found to verbally and physically attacking those who support Trump.  Using violence against violence is never acceptable, and not only that, it’s ineffective.

The entire point of the Democratic campaign is to promote tolerance, and if that’s true, we should start practicing what we preach. It might be difficult to listen to Trump promote racism, sexism, ableism — all the bad isms, really, but we have to recognize that he is bringing to light the opinions of many Americans. After all, that is what democracy is about.