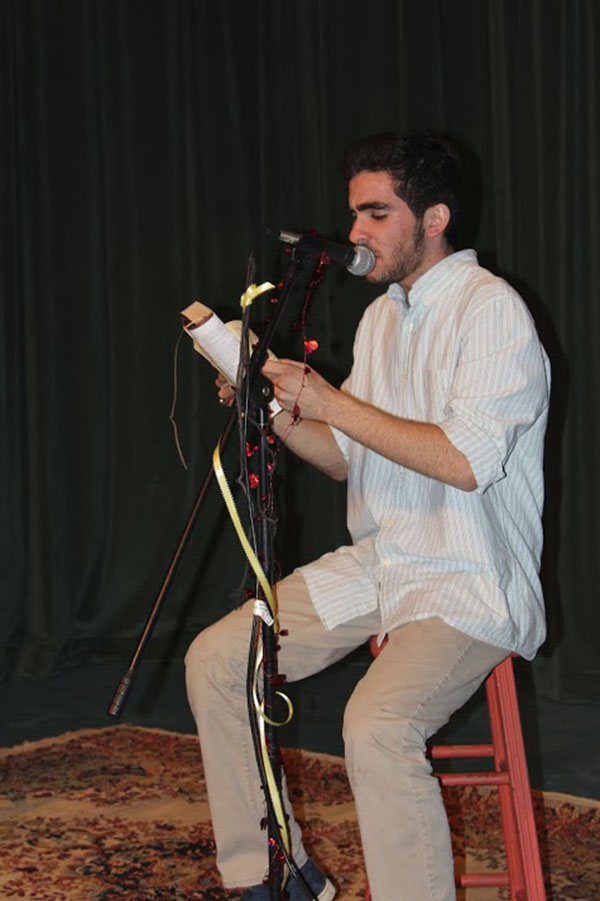 At the Lucie Stern Center in Palo Alto, finger snaps emanate through the small space as Palo Alto high school sophomore Claire Eberhart walks up to one of the two microphones standing at the front of the room and begins to speak. The twinkly lights that hang from the ceiling set a dim lighting as students begin to settle into their seats on the floor or on a comfy bean bag. Soft music plays in the background, providing a calm ambiance in the room.

“Point B” is the name of the teen poetry slam that Eberhart and fellow Paly sophomore Teddie Stewart started together. Their inspiration for the name came from a poem titled “Point B,” by Sarah Kay.

“You find poetry in really weird places,” Eberhart says. “People you never expected to write poetry, they just write these amazing things, and no one really had an outlet in Palo Alto where they could share their poetry.”

Having noticed this absence of places where local teens could go to express themselves through spoken word poetry, Eberhart created the event through the Teen Arts Council. Inspired by her own love for poetry, Eberhart only hoped that inspiration could carry out to more of her peers and other students around the area.

“When I read a poem, I just want to say it to other people,” Eberhart says. “I’m so excited that I just want other people to feel the way that I do about the words on the page.” 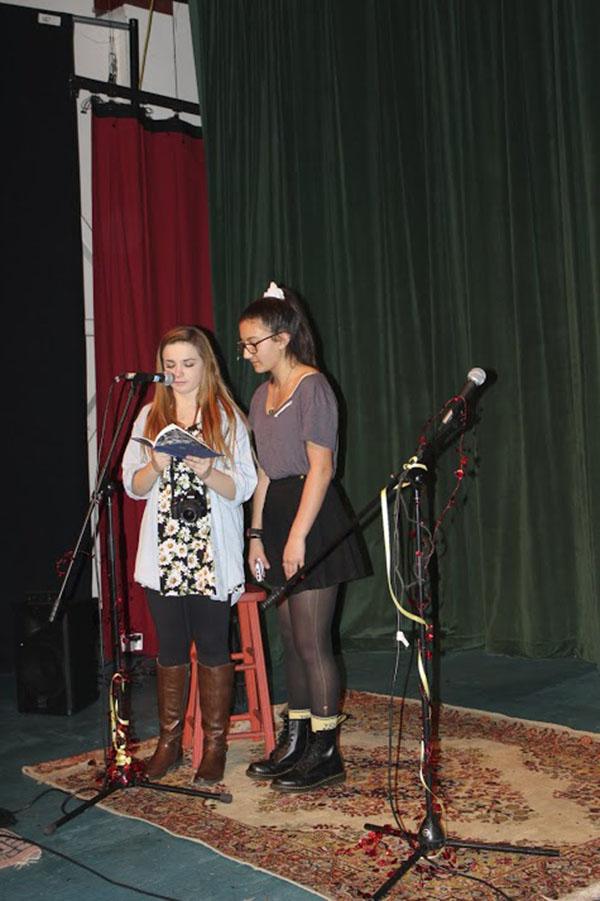 Eberhart and Stewart read the poem that inspired the name of the event.

As the event carried on, more hands rose into the air as more students became inspired by the words and people around them. To lighten the mood, Eberhart and Stewart would tell poetry puns between acts. Many students decided to read on the spot using the big book of poems that Eberhart and Stewart provided for the event. A range of poems were read, in additon to several songs that were spoken. Shel Silverstein was a popular choice, and many were inspired when Bruce Springsteen’s “Born in the USA” was spoken instead of sung. Some people became very emotional while reading their work , and a few audience members even fell to tears. There was nothing but support that night when many of the teens went up to read some of their own original pieces.

“I was a little nervous [to perform] but because the atmosphere was so calm, everyone was very respectful and appreciative,” Baker says. “I wasn’t as nervous as I could’ve been.”

The night ended with a round of snapping as Eberhart and Stewart closed the event. The next Point B is expected to happen sometime in March with hopes of even more to come.

“Every single person affected me that night,” Eberhart says. “Every single individual. It was just happiness and passion and love.”