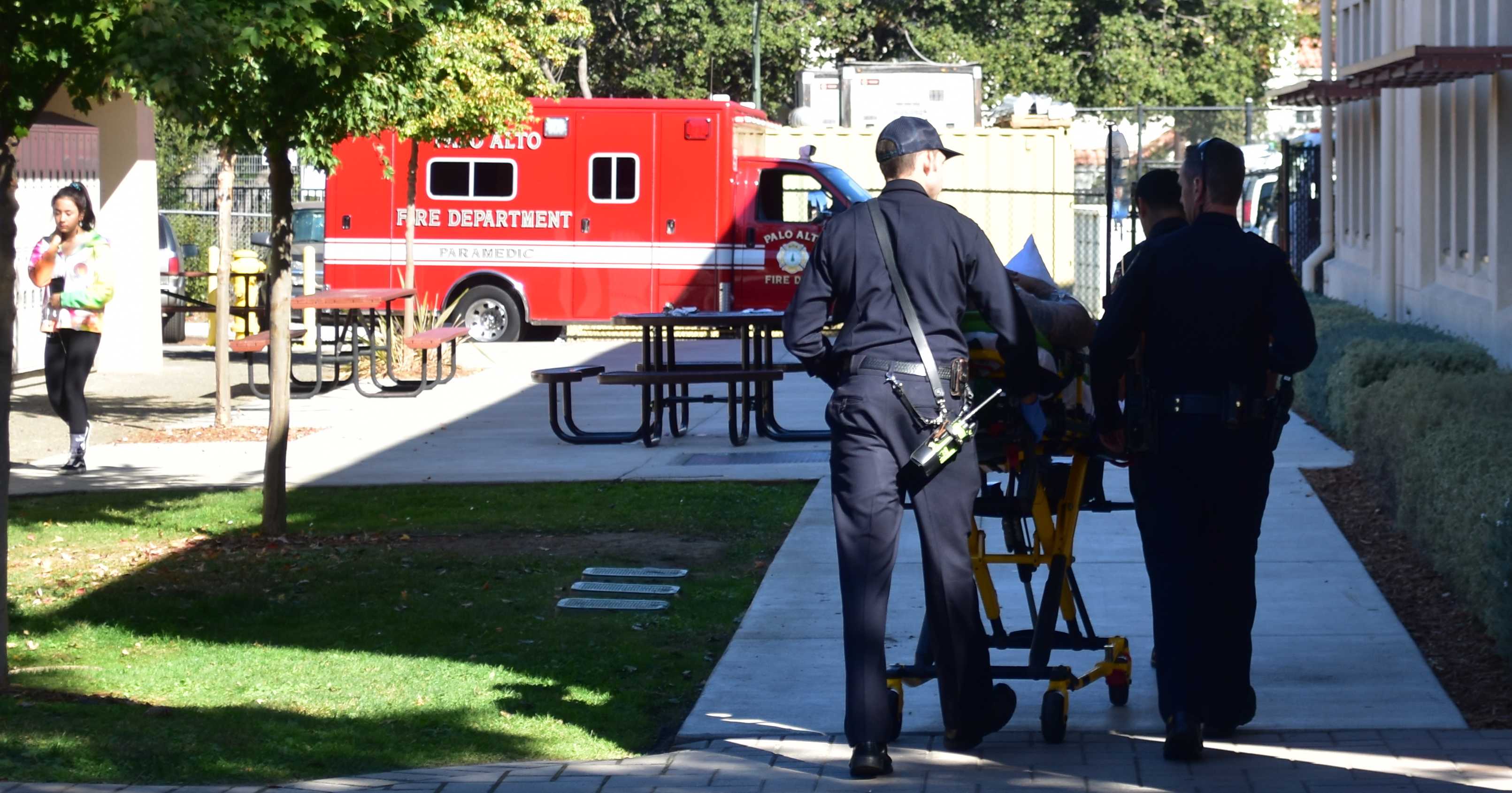 Paramedics and Palo Alto Police Officers escorted an injured officer to an ambulance today during fifth period following an altercation with a robbery suspect. Photo by Emma Donelly-Higgins

A Palo Alto Police Department officer was injured just before fifth period today between the Palo Alto High School library and 800s building during an altercation with a robbery suspect.

“He was taken into custody by police on the bike path behind campus,” PAPD stated in a tweet at 12:33 p.m. 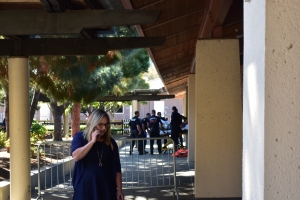 Principal Adam Paulson said in an email to the Paly community that no students or staff were injured.

A few minutes before the 12:15 p.m. bell marking the start of fifth period, students heard yelling and many fled across Embarcadero Road toward Town and Country Shopping Center.

Junior Perla Barron was part of the group that fled to Town and Country when she heard of the incident.

Before the all clear, rumors spread quickly across campus, and some teachers locked down their classrooms in fear of an active shooter.

“We were locked out of the classroom,” senior Kaitlin Meyer stated in a text message. “The whole class thought there was a shooter and we were running down the hall like crazy people.”

Guidance counselors have offered their services in the Wellness Center for students who may have been traumatized or otherwise affected by today’s incidents. 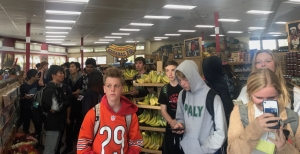 Students crowd into Trader Joe’s to stay safe from the unknown threat, less than two years after a hoax shooter in March 2018. “So we were at [Trader Joe’s]. And there was a worker or employee who’s like, ‘You guys can stay in here, it’s fine. Don’t stay by the door,’” junior Perla Barron said. Photo by Myra Xu