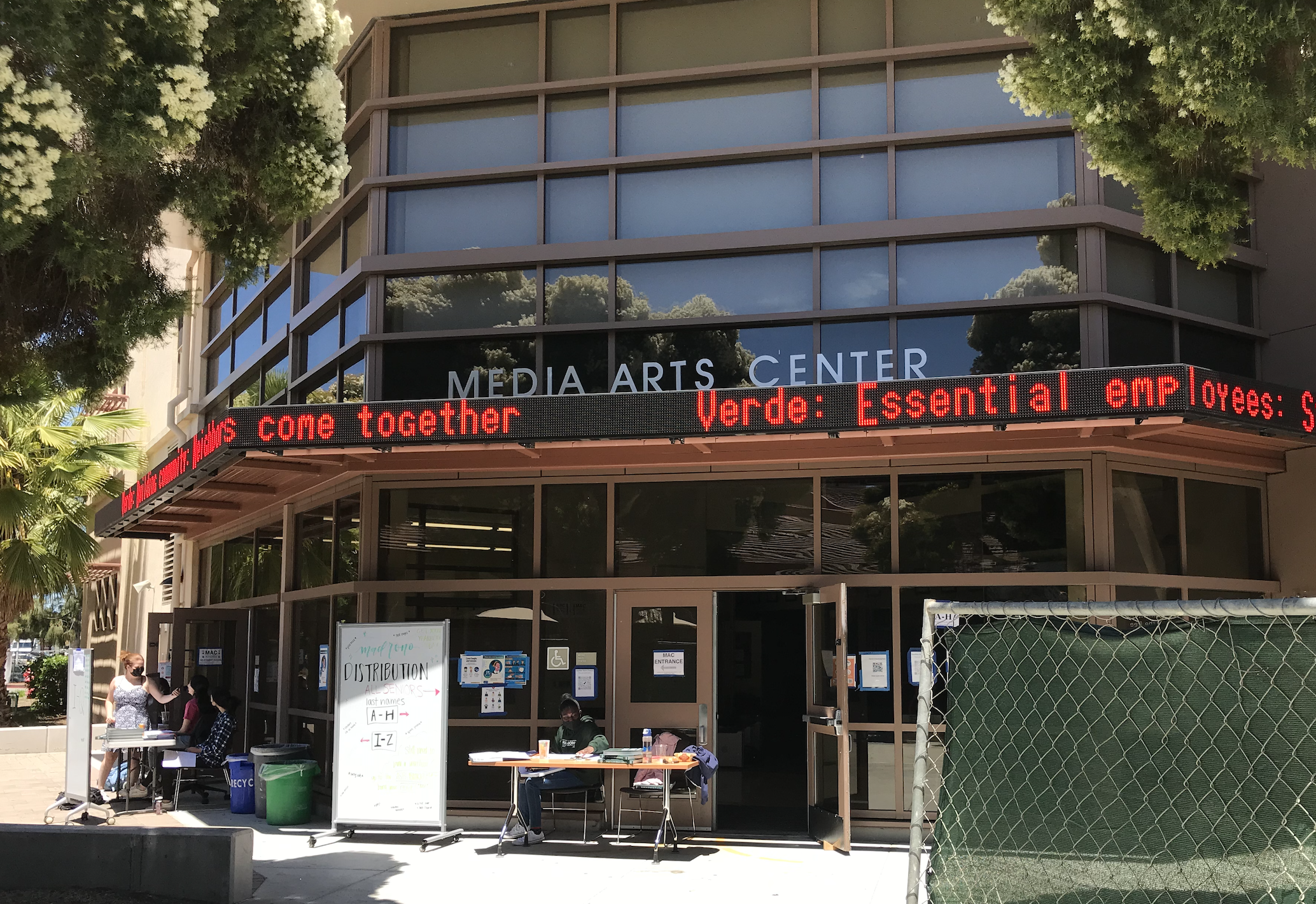 OLD NEWS — The Media Arts Center, which houses all of the Palo Alto High School journalism publications, displays a Verde news story in red letters. This news story and many others will be included in the Paly Journalism Archive which just received a $22,000 donation from the Troper Wojcicki foundation. “I thought this was a very good way to spend money,” retired Paly journalism teacher Esther Wojcicki said. “Helping people remember the fun times they had at the school.” Photo: Jonas Pao

The Palo Alto High School Journalism archive will be increasing the content and publicity of the archive after it received $22,000 from the Troper Wojcicki Foundation.

“They [student journalists] learn a lot by looking back and seeing what other students did before them,” Wojcicki said. “It’s not only a way to perpetuate memories, it’s a way for students to learn, and also to feel connected to the students who were part of the program, and past years.”

The past 20 years of Paly journalism have been some of the most influential for the program. These years hold the beginnings of many of the major Paly publications including The Paly Voice, Viking Sports Magazine, and InFocus News, and continue to show the legacy of Wojcicki, widely considered a pioneer of Paly’s journalism program.

“I devoted my life to the journalism program at Paly,” Wojcicki said. “I spent 40 years there, and I would like to have this legacy live on.”

Wojcicki says one of the most influential stories currently in the archive is an editorial by The Campanile titled ‘Sex survey reveals surprising statistics‘ published in December of 1993.

“One of the most important historical moments that The Campanile really impacted was in 1990 when we did a survey of students’ sexual behavior,” Wojcicki said. “Just doing that survey alone was considered shocking for most people, but what we discovered is that kids were not using condoms, … as a result of that, the ‘skills for living’ class was started quickly to try to help students understand the consequences of not having safe sex.”

This story and many other historical Paly stories can be found at palyjournalismarchive.pausd.org.