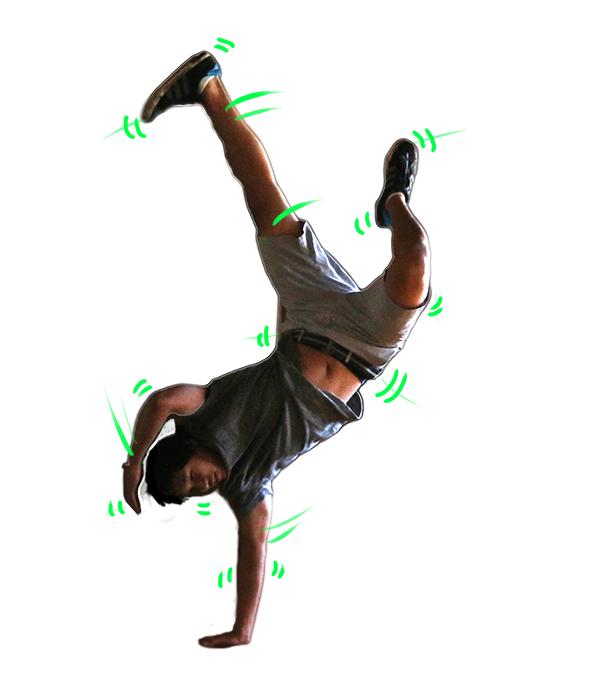 After a rigid evaluation process involving meticulous scoping of Palo Alto High School’s club list, Verde chose three of Paly’s most unique clubs to investigate. To uncover this intelligence, we infiltrated the inner circle of Paly’s greatest assassins, observed the unending battle of man versus gravity through dance and witnessed the astonishing methods of training monsters to the level of fearsome battle gods. 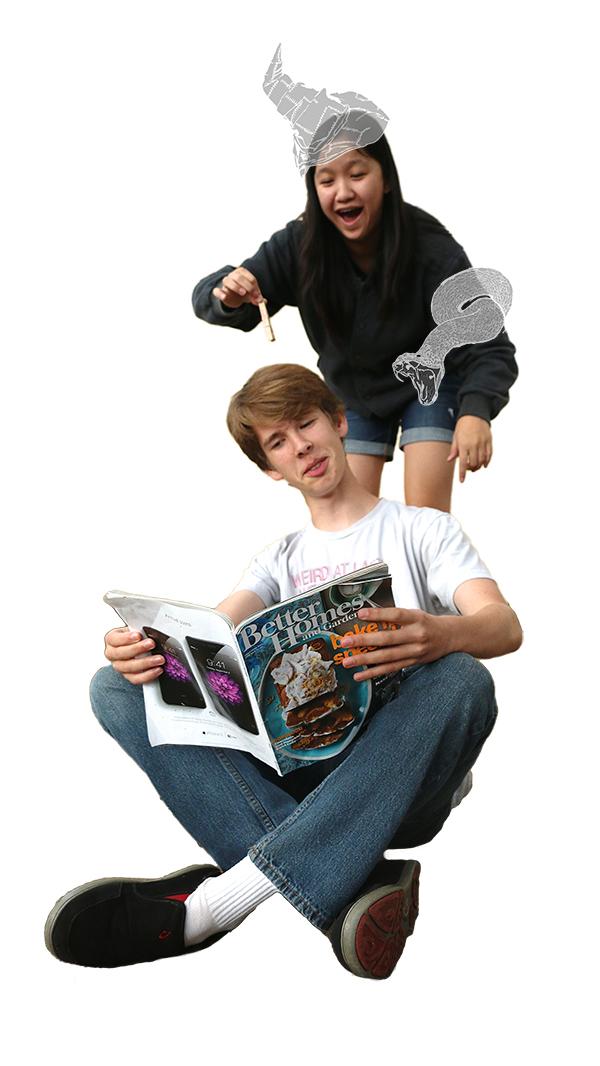 “That’s a great question, Joey,” says club member and recent champion Laura ‘Wizard’ Sieh. “This is how the ‘Wizard’ does it. She is like a snake, and she slowly creeps towards her target, and then when the target least expects it — hiss, rattle, pow — then she attacks!”

The Assassin’s Guild, founded last year by Kellison-Linn after he heard about the idea on the Internet, already contains 28 members; Kellison-Linn believes that these numbers will continue to grow. Using a self-created computer program, Kellison-Linn assigns each participant a specific target — another member — to “assassinate” in the game. The weapon? Clothespins.

“You have to clip [your target] … with a clothespin somewhere on their clothing without them noticing,” Kellison-Linn says. “[Then] they’re out of the game, and then who their target was becomes your target.”

Although the club technically has Wednesday meetings, it does not usually meet as a collective group. Instead, members participate through the game, relying on their assassin stealth to strike and stay alive. Games typically last for a week or two, and continue until only one player remains “alive,” or if the final two participants either do not know each other or take too long to attack. When a game is in play, the only safe time is during class.

“Before school, after school, at lunch, at brunch, [during] passing periods, even — anytime, anywhere, it’s fair game,” Kellison-Linn says.

This leads to many opportunities for members to dispose of their targets, although targets are not left without defenses.

“You can defend yourself by just putting your hands up defensively, and then that blocks a kill,” Kellison-Linn says.

Sieh adds that this is why anonymity to the target is necessary for survivial.

The anonymous, ongoing nature of the game and the frequently switching targets require members to think quickly and always stay on their guard. Kellison-Linn recalls a typical game.

The distinctive kicks and snares of boom bap hip hop tracks reverberate around the spacious dance studio while five figures follow the beckoning call of the beats — moving their feet, arms, and bodies in unison with the music.

Founded earlier this year by sophomore Xander Koo, the Hip Hop Dance Club meets every Wednesday and also coordinates meetings outside of school. Koo and the other members (about 10) have been working hard to expand their club and solidify its place in Paly’s culture. The club hopes to make its presence known on campus and is already  planning to perform on the quad in addition to  working on a collaborative project with Paly Bhangra Club.

However, at this point, Koo and the other members are still focusing on their foundational dance skills. During meetings, members meet in the dance studio to practice, and  Koo patiently coaches the others through specific moves.

“Left elbow here,” Koo says, as he attempts to guide senior Alex Hsu through a hip hop move known as ‘the baby freeze.’ “And then right elbow here on your side. And then lean into it.”
Koo bends his arms to lower himself to the ground, putting his weight on his hands and the right side of his face. Hsu watches before attempting again.

One of Koo’s close friends introduced Koo to hip hop when he was in sixth grade. Afterwards, Koo began to teach himself via Youtube videos, starting with “popping,” or what some people may call “robot dance.” Around eighth grade, Koo transitioned into b-boying and breakdance, which require more floorwork than other types of dance.

Although dancing incorperates many parts of the body, Koo says that the forearm muscle is one of the most important to build up since it increases stability and decreases the chance of falling. Though he has a slight build, Koo has been working to bulk up so as to improve his hip hop stamina.

“My entire family is the bookworm type,” Koo says. “So because of that my genes aren’t really optimal for anything athletic, so just keeping myself physically fit is sort of an issue. I’ve been trying to improve my physical state so I can do more things and I guess just be able to have more fun. I do a lot of bodyweight things, like I do a lot of pushups and situps, and sometimes I go to the park and do pull-ups at the bars.”

Koo had to train extensively to learn one of the hardest moves for him, the “air baby.”

“Basically, you have one hand on the ground, you balance one knee on your elbow and then you just like suspend it in the air,” Koo says. “[It] took me around six months to learn, like actively trying it every day, and then when I got it I felt really happy.”

Koo can still do the move, which he credits to constant practice, and encourages other members of the club to also work on their moves at home.

“I feel like it’s just building up … the key to everything is just practice,” Koo says. “I mean, you won’t be able to reach your max potential unless you practice your hardest.” 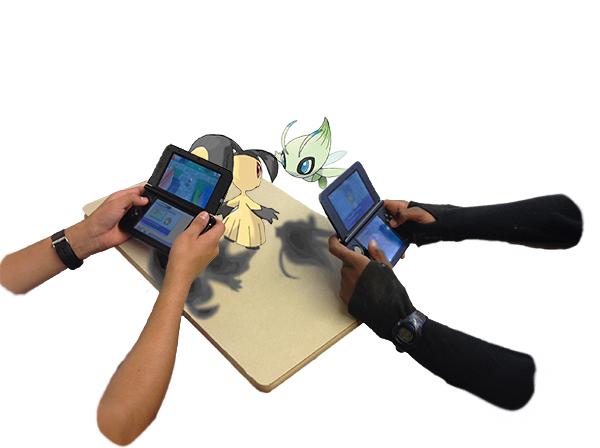 Nueman and Malagrino fall into a frenzied display of excitement and unadulterated gleefulness as the realization hits that new Pokémon gameplay is within their grasp.

“How did you get these? ” Nueman asks. “You deserved more than an Izzie.”

“You deserved a win against Eric in a battle,” Malagrino says.

Founded by Nueman and Malagrino, the Pokémon Club serves as a hub for fellow Pokémon aficionados to meet and take on their peers in competitive matches during Thursday lunches in Media Arts Center room 103.

There are currently around 30 active members, and on average around 15 members attend club meetings each Thursday. Members are welcome to bring Pokémon cards, but the club mainly focuses on digital fights. Players bring their own electronic games to play on handheld consoles, or use laptops if they do not have their own, pitting their virtual Pokémon against each other in high-level combat. For prospective members, fear not — most experienced players are willing to offer wisdom,  sometimes even trading Pokémon and offering each other tips and advice.

Gibson is one such seasoned veteran — his Pokémon journey started back when he still had training wheels on his bike.

“I’ve been learning the ways of Pokémon since I was five,” Gibson says. “Pokémon is a way of bonding with the game — you bond with the characters. You bond with your Pokémon, and if you see them faint, then it’s kind of heartbreaking sometimes. It’s very sickening. It’s hard not to be emotional.”

Sophomore Nicholas Campen, another avid member, remarks how his favorite part of the club involves strategizing and then fighting against Nueman.

“I always end up losing,” Campen says. “You’ve got to study his team, figure out a way to beat it, but then still end up losing.”

Nueman goes more in depth on the precise and often time consuming practice of conditioning one’s Pokémon to be fit for competitive battle.

The Pokémon Club holds tournaments occasionally, giving members who invest the time and effort into creating their perfect dream teams a chance to show off their hard work. Nueman recalls a particularly close matchup during a tournament.

“I think there was one [tournament matchup] last year,” Nueman says. “It was a double battle, which is two people versus two people — each person brings three Pokémon to the team, and then they join together to make six, and you have two out on the field. That brought a lot of suspense because it was just back and forth on who was doing the most damage to who, and it went pretty much down to the wire on that match.”

“One of the things Pokémon Club can do [is] you meet with some others, you trade Pokémon [and] battle them if you want — it’s really fun”  Campen says.