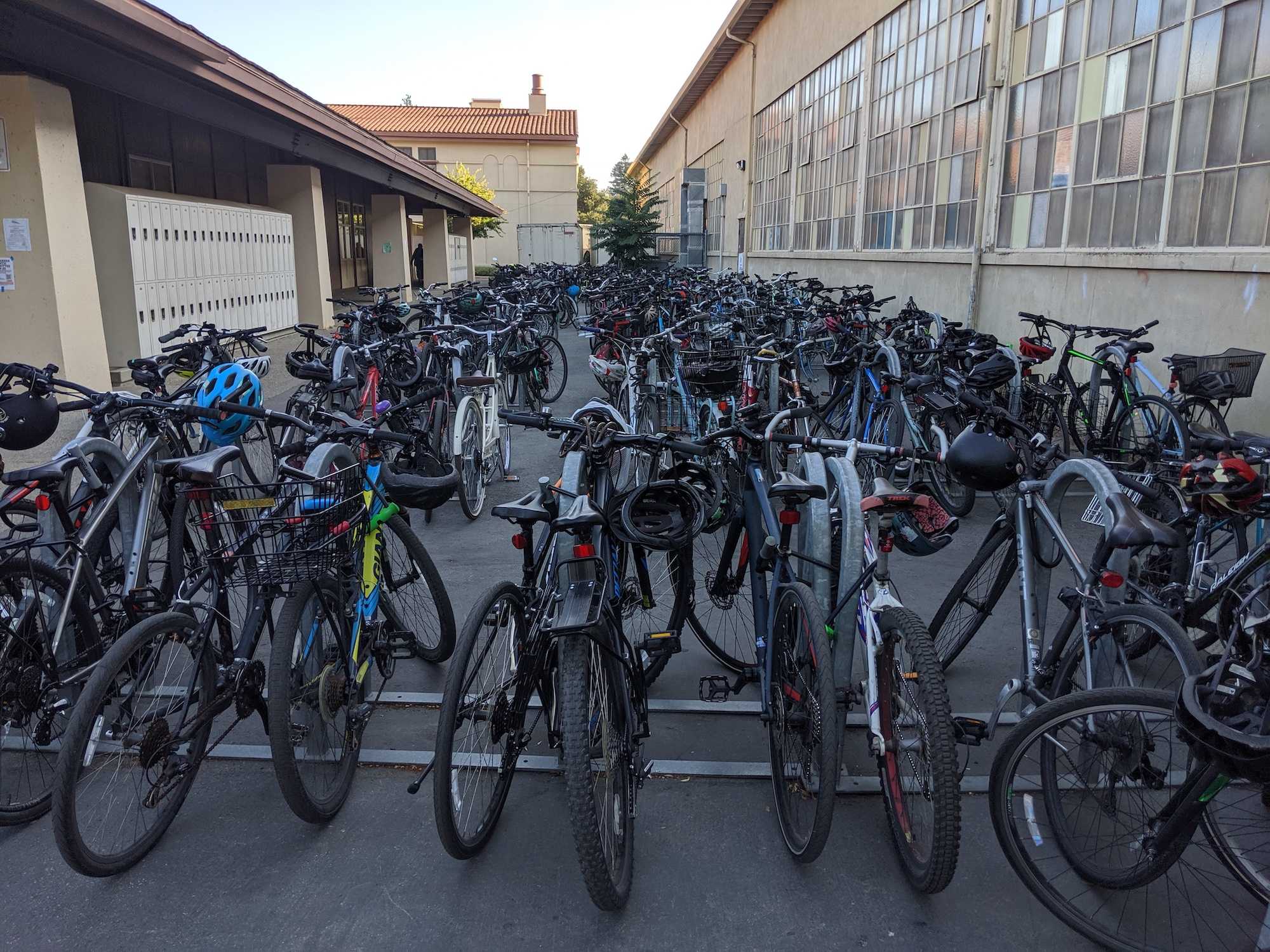 NO FREE SPOTS All of the bike racks at Palo Alto High School are used during the school day. Photo by Naomi Boneh

Police officers waiting along the border of Palo Alto High School’s campus have pulled over numerous student bikers since the start of the 2019-2020 school year, primarily for not wearing their helmets but also for failing to stop at stop signs.

The officers require pulled over students to give their personal information, in order to have them later receive a citation in the mail to attend a Juvenile Traffic Safety class at Palo Alto City Hall. To avoid a fine of $100 minimum, the student and their parent or guardian must both be present at the 2.5-hour class, which will cover bike safety.

As student bikers have been pulled over less by police in past years, many are confused by the increasing presence of police parked along their daily bike route to school.

“We have a traffic team again, so that may be why it seems new,” Young stated.

Paly junior Miranda, whose name has been changed to protect her identity, was already late biking to school when she was pulled over on Churchill Avenue for not wearing her helmet, which she had physically outgrown since middle school.

“The police were there waiting … It took like 10 minutes because he was talking to some other kids, and he wrote me up the ticket. I was like half an hour late to school, which felt unfair to me,” Miranda said. “They should stop at a certain time, because then they’re just making so many kids late, but I understand that there’s a lesson to be learned there.”

As stated on the Paly website along with bike safety tips, the PAPD reinforces bike traffic laws around Paly.

“Traffic enforcement is a critical component of law enforcement. It will always be part of the job,” Young stated, adding that he hopes that this increased enforcement will emphasize to students the importance of traffic rules and bike safety.

Police duty manuals: The disconnect between the public and police conduct rulebooks