Painting a Picture of the Past

Approximately 18 years ago, while many current Palo Alto High School seniors were in their cradles, the members of the class of 1999 were donning their graduation caps.  As we say farewell to the class of 2017, Verde traveled back in time to get a glimpse of student life with former Best Artist, Sylvana Kolaczkowska. 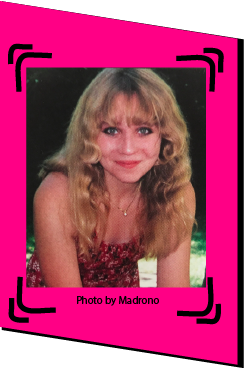 V: In what areas do you think you have changed the most since high school?

SK: I was more introverted in high school. I also had a long attention span, which I sometimes fear I have lost. I blame the internet. And parenthood. Otherwise, I don’t know that I have changed in essentials. My character formed early. But I do like myself far more than I did back then. And I take myself less seriously, thank God.

V: When you were in high school, what profession/field did you think you would go into? Does it have anything to do with your senior poll nomination?

SK: The poll nomination was “best artist” but what I really loved was drawing people, real or imaginary —trying to separate them from their surroundings and understand them better as individuals. That interest in the emotional lives of others has played an enormous role in my intellectual and professional pursuits, even if painting and drawing have not. I took art classes throughout college, but I was always fairly set upon being either a historian or a journalist. I ended up doing variations of both in academia and the NGO sector, and each brought me great satisfaction. We’ll see what is next.

SK: It was nice to win something, of course, and validating. I had a wonderful group of friends in high 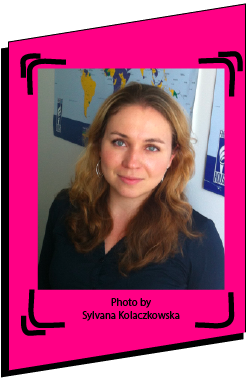 school so I never had any complexes about popularity, but it was still a pleasant surprise to discover that my artwork and I had been noticed by a broader circle of my peers. Polls are a lighthearted, silly way to recognize when a classmate has a special talent or personality trait. The ones about physical appearance feel a little anachronistic to me, but I suppose it’s all in good fun. The important (perhaps obvious) thing is not to take any of it seriously, as it is all about perception/visibility. There were a number of talented artists in my graduating class; I just happened to do a lot of my sketching in plain sight.

V: What advice do you have for current high school seniors?

SK: I’ve only recently moved back to the Bay Area after a brief lifetime on the other coast, but I gather the pressures on students here have grown exponentially, and that the type of “impostor syndrome” from which I suffered as a young person is rampant. That breaks my heart. My advice, which is easy to give and difficult to follow, is to remember that everything that happens from this point on in your education and life should be less about chasing accolades or approval and more about growing intellectually and spiritually, becoming a citizen of the world and a person of substance. Don’t expect to be that person by 25, either; it’s a lifelong journey.

Following her nomination as best artist, Sylvana Kolaczkowska, class of ‘99, went on to major in political science at U.C. Berkeley before earning a masters in Russia, East Europe and Central Asia studies at Harvard University. In the 18 years since her graduation, Kolaczkowska has held positions relating to foreign affairs, working as a global policy research assistant, serving as managing editor of Harvard’s Journal of Cold War Studies and being director of Freedom House’s Nations in Transit publication before her current job as a independent political analyst.