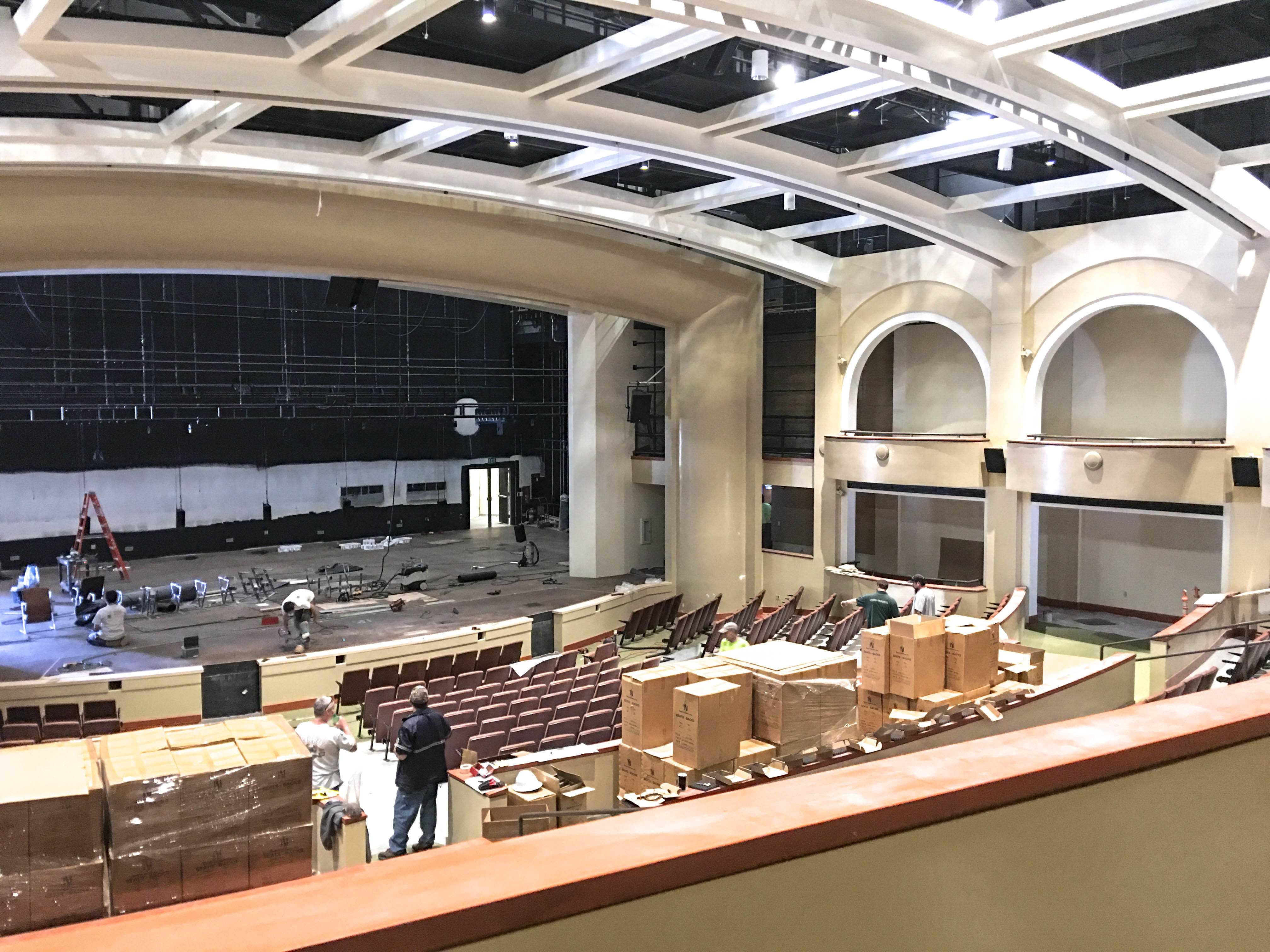 PAC to reach completion this month

Palo Alto High School’s $29 million Performing Arts Center is expected to reach completion mid-April, but will not officially open until Fall 2016 because of the technical training needed for staff to operate new stage technician equipment. Assistant Vice Principal Jerry Berkson, responsible for overseeing construction projects, said that the construction team has been on track since the start of the construction process.

Although it is not yet fully planned, there will be an opening ceremony for the PAC next school year, according to Paly’s Visual and Performing Arts teacher Kathleen Woods.

Once opened, the PAC will be home a multitude of classes including the new Comedy Literature and Performance class, which will be taught by Woods and Lucy Filppu. Woods said she hopes that the course will allow more students to use the PAC’s resources, such as the new lighting and sound system.

“It’s just going to be such a beautiful environment to present shows in,” Woods said. “The students, the technical theater students, and the acting students are going to have an opportunity to work with contemporary equipment, technology, and learn to be creative with all of those things. It just gives a very different platform for performing and for creating in a way that’s just incredibly exciting.”