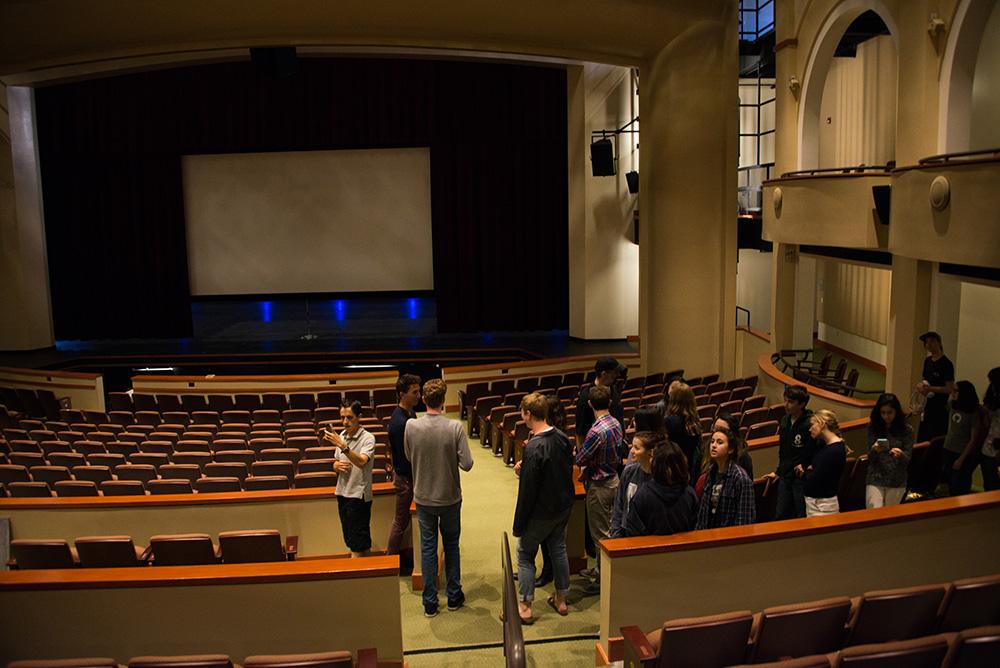 Palo Alto High School’s recently completed Performing Arts Center is debuting soft openings throughout the rest of the 2015-2016 school year after its completion in early May.

After almost 100 years of performing in the Haymarket theater, Paly’s performing arts programs are receving a state of the art, 570–seat theater.

“The technology in the Haymarket has not been updated,” theater teacher Kathleen Woods said. “It is not big enough to accommodate the size and needs of the programs and the district understood that the campus needed a building that matches the size of our programs and the talents of our students.”

The theater has a mechanized orchestra pit, a mechanized trap room beneath the stage, and Meyer’s electronic acoustic system which allow the building to be tuned to what performances require. With the electronic tuning system, the PAC can be transformed in seconds.

Paly’s theater progam, choirs, bands, and orchestra will hold their end of year performances in the PAC as part of the building’s “soft opening.”

“Really we’re just trying to get the seniors an opportunity to perform in there,” said Jerry Berkson, assistant principal of operations. “It’s not 100 percent finished, but it’s finished enough to give it a go. It’s pretty cool. No problems so far. We have really good support. Things might come up, that’s just one more reason we’re doing a soft opening. ”

On Oct. 1, there will be an opening gala that all students are invited to attend. This will mark the opening of the new facility and the celebration of students’ talents.

“I’m excited for the students to have the opportunity to work in a really beautiful, fantastic space that will allow their talents to shine,” Woods said.

“It will allow them to learn a lot of skills in addition to the ones they were already learning and for the community to come in and just be in this beautiful space where they will be able to enjoy all kinds of performances,” Woods added.