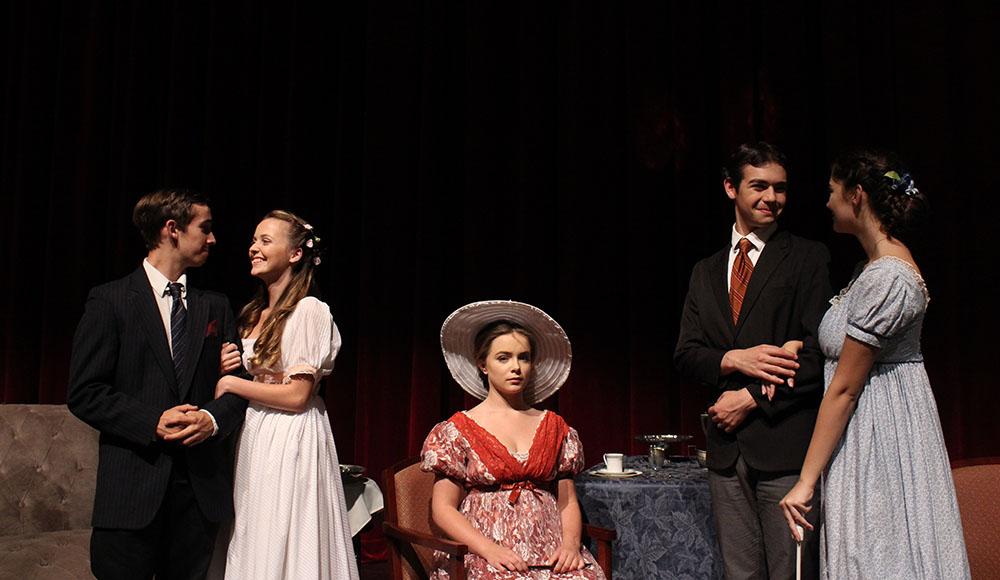 Theater students will perform “The Importance of Being Earnest” as the first production in Palo Alto High School’s new Performing Art Center, opening on Nov. 4.

Highlights of the show include an intricately designed set, which takes full advantage of the PAC’s innovative features. “It’s state-of-the-art, it’s beautiful, and it’s part of the reason I chose this show,” director Kathleen Woods said. “This should be a beautiful elegant show, which it takes place in the residences and gardens of upper class British people at the turn of the 20th century.”

The play, written by Oscar Wilde, is one of the most famous comedies in the English language. “The intent of the play is to make fun of the upper class lifestyle of the British,” Woods said. “It really makes fun of a class of people that are pretentious and have so much money and time on their hands.”

According to Woods, the show will be performed using a British accent. Claire Geber, a former Paly parent from Britain, will come back to assist the theater students with dialect training.

“Most of the students who have speaking parts in the show have studied the British dialect, some of them for two or three years,” Woods said.

Junior Mia Trubelja, who plays one of the lead roles, looks forward to performing in the PAC for the first time.

“It’s a huge performing space,” Trubelja said. “You could say, Broadway-level. It’s very updated. We have so much new equipment and technology. The theater is so comfortable and fun to be in.”