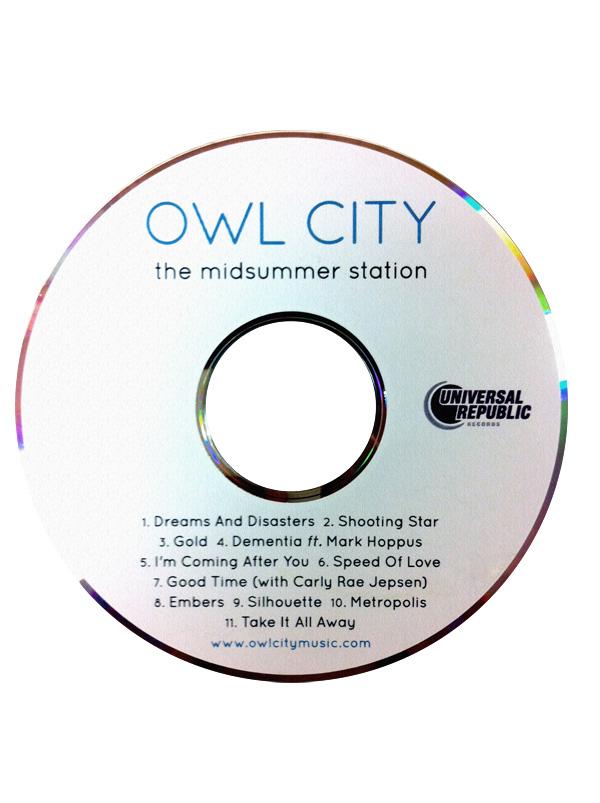 When Adam Young, also known as Owl City, released his third long-play album, “The Midsummer Station,” through the label Universal Republic on Aug. 21, he strayed from his previously solo style and worked with other musicians, such as Blink-182, +44 bassist Mark Hoppus and “Call Me Maybe” pop-star Carly Ray Jepsen. “The Midsummer Station” got some things right, but lacks a substantial message or tone to the songs. Music should have a meaning to it, not be noises coming together.

Although the 40:46-minute album is too short, the real problem with the album is that it lacks the unity an album should have. (That’s the result of the digital age. Nobody buys albums as a whole anymore.)

However, “The Midsummer Station” does do a lot of things well. I commend Young for moving away from his older albums, which sounded like average music coming out of Young’s garage. (I am not a fan of mallet tones for an entire song.) Still, I crave a deep end to the sound, which is lacking in this album. I happily accept the bassline added to some of the songs in “The Midsummer Station.”

“Dreams and Disasters” is an example of a song missing a bassline. Although I’m not really digging the auto-tuning, that’s Young’s signature, most apparent in his 2009 hit “Fireflies.” The chorus is pretty catchy, but that is rather expected of a pop song.

“The Midsummer Station” has a lot of songs that sound quite similar. Fortunately, the fourth song, “Dementia,” has a fresh, new taste. The pop-punk energy and tempo should be Young’s new sound for Owl City. The drums in this are spot on. Bullseye. Bingo. Nail on the head. The best song of this album. The other songs in the album lack the same finesse and depth of “Dementia.”

The featured single, “Good Time” is catchy. With Carly Ray Jepsen and Young, I’m pretty sure that this was the production process: have catchy tune with notoriously catchy artists and then make a lot of profit. “Good Time” peaked at No. 1 in the “Hot 100” Billboard chart. A good song for pop, but not the best in the album. Besides its catchy melody, though it doesn’t feel refined. I’m not the biggest fan of repetitive choruses.

Fortunately, we go to the next song, “Embers.” “Dementia” must’ve inspired Young to do more songs in this genre. This song veers away from traditional pop, creating a deeper, enriched sound.

The final song of the album is “Take It All Away.” Imagine a full stadium of people swaying their lighters at a Bon Jovi concert. That’s the tone of “Take it All Away.” A 80s song trapped in the wrong album. Oh boy. A somewhat mediocre end to an otherwise decent album.

“The Midsummer Station” makes me feel like Young threw a bunch of songs to the wall to see what would stick. But he still kept those songs that didn’t stick and put them into the album. Next time, I hope Young will write more songs in the pop punk genre with other musicians as those were the winners of “The Midsummer Station.”