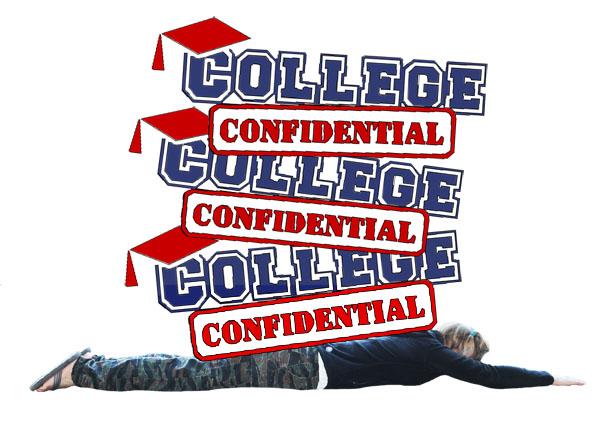 College Confidential, which started in 2001 to offer more accessible information to anxious teenagers, claims on its homepage to have “the world’s largest college forum.” [Photo by Charu Srivastava]

“I received a 2400 on the SAT the first time I took it. I helped a team of researchers find the cure for the AIDS virus,  was nominated by President Barack Obama for a Nobel Peace Prize and have accumulated 10,000 community service hours. But I’m still not sure if I’m going to get into my top schools, what with college being so competitive. What are my chances?”

If a comment like this appeared in a normal conversation, I’d probably have trouble coping with the realization that I haven’t even met Obama (although that doesn’t stop him from trying to hit me up for money via email) and  might give up on college all together.
But if the exact same question shows up on College Confidential, the college-advice-based site, suddenly every reader becomes an eager beaver, willing to offer “legitimate” advice, and the response to that “chance me” post looks more like this:

“I guess your stats are pretty good, but your extracurriculars look a little bit weak. I would say that Super-selective University is a reach — but don’t worry! I’m sure you’ll get in somewhere!”

College Confidential, which started in 2001 to offer more accessible information to anxious teenagers, claims on its homepage to have “the world’s largest college forum.” It provides everything from advice on how to ace the SAT to the horror story of the poor schmuck who forgot which school was interviewing him.

Log on to any discussion board and you’ll find genuinely helpful answers lurking among the trolls and wannabe experts. But these accurate responses can be difficult to find on College Confidential. The competitiveness and general insecurity of many users make them more inclined to judge others in compensation for their own perceived flaws, contributing to a misinformed, needy environment in which bad news and inaccuracies spread faster than the Ebola virus.

The average CC user claims to have more competitive scores and extracurriculars than the typical student. This inflates the statistics posted on College Confidential, making readers worry that they may not get into college because they do not seem to match up with other users, even though those applicants do not truly represent the norm.

As user “koala717” says in CC’s College Admissions forum, “Keep in mind that our perspective is quite distorted since this forum is filled with overachievers.”

Additionally, many posts come from parents wishing to brag about their children or soothe their hurt egos. They boast about the scores or acceptances that their dd (code for “darling daughter”) receive, prideful comments which discourage students who feel they do not measure up to these wunderkinds.

One particularly disturbing trend comes in the form of the “Successful AP rescore stories” thread, in which students post about spending $25 on a multiple choice rescore. When one user asked if she should rescore because she received a four, someone pointed out that College Board, as incompetent as it can be, doesn’t make the kind of mistakes that turns a five into a four. But one rational comment in a sea of misleading posts, most of which urge students to go for the rescore and report on their experience, makes for a pretty poor track record.

These rescore stories are, in fact, rarely successful. But such is the power of the College Confidential community: Commenters can convince others to shell out five Lincolns because of the dubious advice of someone claiming to be their “ally.”

To assume that College Confidential provides community support is misguided; other users do not always have your best interests at heart. And as much as the site may seem  to be an anxiety-reliever, it often compounds the college-search stress.

We should focus instead on using the reputable materials available, like college counselors, parents and other sources, rather than trying to soothe our egos by asking every user with a pulse what they think of our chances at a particular college.

At the very least, we should receive online advice with plenty of skepticism, knowing that the advice we get will probably be less helpful than suggestions solicited from one’s great-great-grandmother or a stranger on the street.