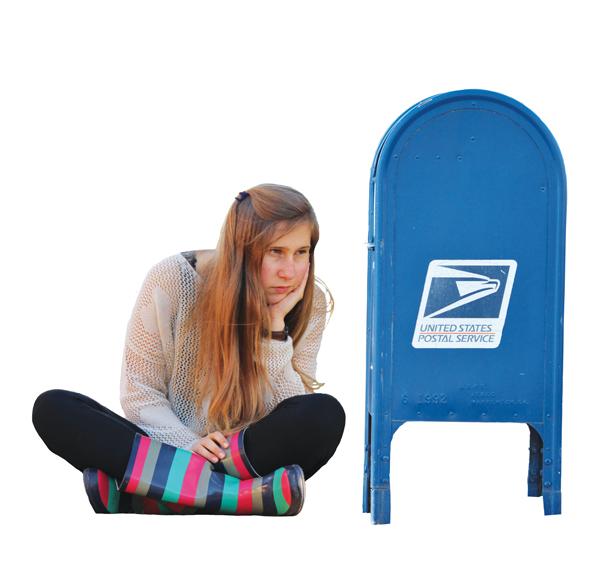 Opinion: It’s time to learn how to wait, not hate the delay

It’s healthier to admit our limitations and treat our efforts to battle impatience as ongoing self-improvement, rather than an unending battle. [Charu Srivastava]

My palms began to sweat almost as soon as I submitted the last of my college applications. Prior to the final submission, I had entertained visions of racing outdoors and running through the street in a state of delirious joy, grateful for my newfound freedom. Instead, I received a shock of stress that served only to encourage the frazzled tendencies of my already neurotic self.

My anxiety was driven primarily by the certainty that I would be spending the next three months in a state of limbo, entirely unsure of my future. And my understanding of admissions officers, whom I imagined as shadowy figures in a dark room rejecting applicants just because they could, didn’t help.

But college decisions aren’t the only thing that I have trouble waiting for. When it comes to packages in the mail, music downloads or any one of the thousand or more things that don’t adhere to my schedule, I’m a neurotic mess, furious with the idea that I can’t have everything that I want when I want it. And I’m not alone.

Life essentially boils down into a never-ending wait in line. Not surprisingly, we have come to develop a fascination with the process.  It’s reflected in our songs and literature (“Waiting for Godot,” anyone?), and it has quickly crept into our tweets and blog posts as well. As happy as we may tell ourselves we are, we have the sense that there’s something bigger and better just around the corner.

Clearly, we as a culture — and a species — have a problem with patience. We like everything, from our fad diets to our communication, as fast and convenient as possible.

Technology makes it worse. According to a 2012 New York Times article, people are more likely to visit a website that loads faster, even if that difference is less than 250 milliseconds. In a 2012 Pew Internet & American Life Project study, technology experts anticipated that “the impact of networked living on today’s young will drive them to thirst for instant gratification … and lack patience.”

One might think that online advice, which has exacerbated the problem by leading us to expect instant answers, might at least have a few good solutions. So I gave into Google’s temptations and tried looking up tips for “how to wait,” hoping it would do just as much good as practicing it myself.

According to WikiHow, the ever trustworthy bastion of good advice, “If you do something that makes you think hard, it helps!” Sounds like a plan! I’ll just pull out the list of differential equations I’ve always wanted to solve. Maybe if I have a little time, I’ll research the history of the Large Hadron Collider or read a little “Paradise Lost”!

HerCampus.com, a website dedicated to guiding women through the collegiate experience, suggests I “organize my room,” something that hasn’t been done since the invention of the microchip.

After quickly exhausting the Internet’s resources, it was time for a real-life consult. And why not turn to Buddhism, a religion that so exalts patience it has immortalized the trait as one of the six practices of perfection, or paramitas?

The goal of the paramitas is to help reach a state of enlightenment, says the Rev. Dean Koyama of the Mountain View Buddhist Temple. He approaches patience as a skill to be practiced, not as a prize to be won.

“Patience is based along the whole idea of understanding life with wisdom and compassion,” Koyama says. “The whole idea with patience is being able to see the situation is just as it is, not with the sense of how we would want it to be, or how we hope it to be.”

So instead of attempting to discover the secret to time travel so that you can teleport into the future, try accepting that the laws of physics are in place for a reason. You don’t have to “live in the moment,” or tell everyone else about what a little patient snowflake you are, but don’t think that whining will help.

“Worrying about it or wishing it were here isn’t going to help it get here any quicker,” Koyama says.

As hard as it may be for us to forget about impending college decisions or the results of the SAT that you know you bombed, it’s healthier to admit our limitations and treat our efforts to battle impatience as ongoing self-improvement, rather than an unending battle.

I may never be able to banish my impatience at will, but I can, as Koyama suggests, try to feel compassion toward the process. And anything’s better than spending days sitting by the mailbox, ready to ambush the mailman as soon as he comes down the street.