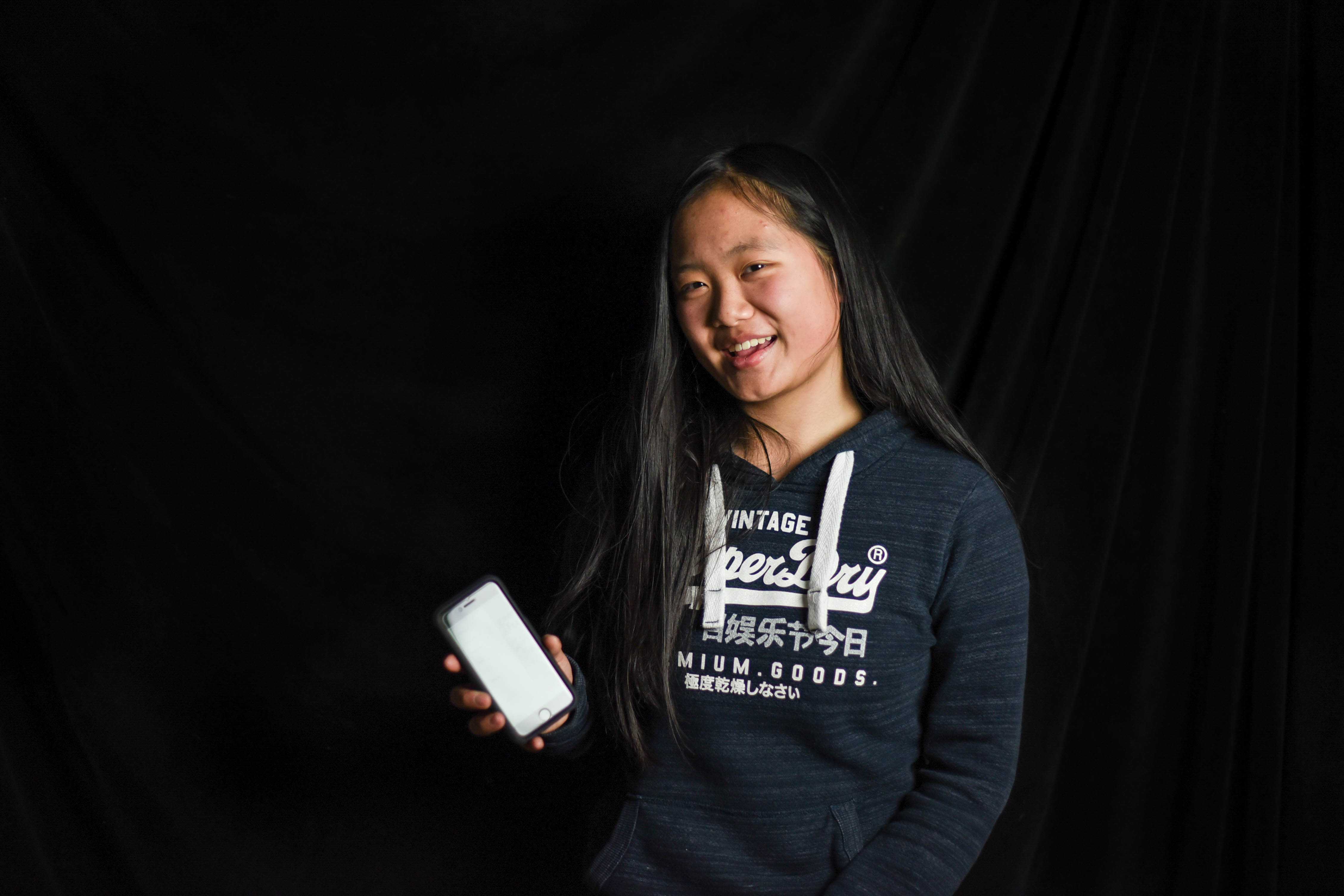 Not MERE-ly an app: A coder’s winning digital journalism creation

It was 6 a.m. when Olivia Chang’s ringing phone startled her from her slumber. The Palo Alto High School sophomore groggily answered the call in a confused haze. Congresswoman Anna Eshoo was on the other end of the line.

“[It] was exciting,” Chang says. “But also I had no idea what was going on or who I was talking to.”

Eshoo had called Chang to notify her of a special achievement: Chang had won the 2017 Congressional App Challenge for California’s 18th District. Students from each participating district submit an original application to their representatives for an opportunity to win prizes and have their work displayed in the nation’s Capitol Building.

Chang doesn’t quite know why she called it Mere. The name came randomly — literally — to the sophomore.

“I think I was going through a random word generator and the word popped up and I thought it suited the app well enough that I kept it,” Chang says. “It also works because it’s quick and simple, as you’re merely answering three questions a day.”

Mere is a journaling app where users can write about their day, rate their overall mood and upload photos. Users are greeted with either “good morning,” “good afternoon” or “good evening” based on the time of day. Next, users can select an emoji depicting their mood from a selection of five faces, ranging from sad to happy. Afterward, users answer three questions. The first two ask what the best and worst part of their day were. The third question varies from day to day — users may get a question such as “What did you accomplish today?” or “What was the funniest part of your day?” Mere also allows users to add photos and tag locations to their journals.

“I thought an app which was more structured would also help you reflect on your day more,” Chang says.

In the left hand toolbar, a drop-down menu allows users to navigate between today’s log, a calendar of journal entries, an archive of photos, a map depicting the tagged locations and the lifetime statistics of the user’s entries.

The app’s minimalistic and simple design contributes to a modern, user-friendly interface.

“It’s something that most people know how to use,” Chang says. “It’s not a good idea to have it too complex.”

The sophomore is no stranger to computer creations and digital design — she began her coding journey in third grade. Her mother introduced her to elementary programs such as Scratch, a visual programming application designed to expose and educate younger children to code.

“I’ve pretty much liked it ever since,” Chang says.

Her love for coding drove her ambition to self-learn through other online programs. Chang moved on to Codecademy, a free, self-teaching, online course. Despite never taking formal coding courses, which Chang defines as a paid course from an institution or an in-person class, she was able to craft full websites and apps.

“I never took formal courses because they were not enjoyable to me,” Chang says. “So it was a lot of self-learning.”

Though Chang has roughly seven years of coding experience and has made two other apps, she hadn’t previously entered in any coding competitions. She learned of the Congressional App Challenge a mere two months before entries were due but decided to apply anyway.

“I was just doing it for the experience,” Chang says.

It was time to get to work. Chang searched for inspiration for an app, and finally found it in her grandmother.

According to Chang, her grandmother used to call her and ask the same three questions every day, as Mere does.

And thus, the foundational idea of Mere was born. Chang sketched out the design on paper before transferring it to a computer illustrator program. She then coded the app herself before adding final touches.

“Usually I would have done a lot of revisions,” Chang says. “Since I didn’t have much time, it was a pretty straightforward process.”

Eshoo commended Chang for her creativity and the possible functions of her app when she announced the winner of the competition on her website.

“Her app is innovative and will help users daily as they document their thoughts and emotions,” Eshoo stated while announcing the winner of the award.

Chang plans to continue work on the app to improve its quality and expand her audience.

“There are some bugs that would probably go unnoticed by most people, so I definitely need to smooth that out,” Chang says. “I still have a lot of stuff to work on.”

She also hopes to enter the 2018 Congressional App Competition with a new app idea, and aspires to get a head start within the next few years on a career involving website or app design.

“I’d like to go into tech and work on apps,” Chang says. “I’d love to be able to have the time to do that.” 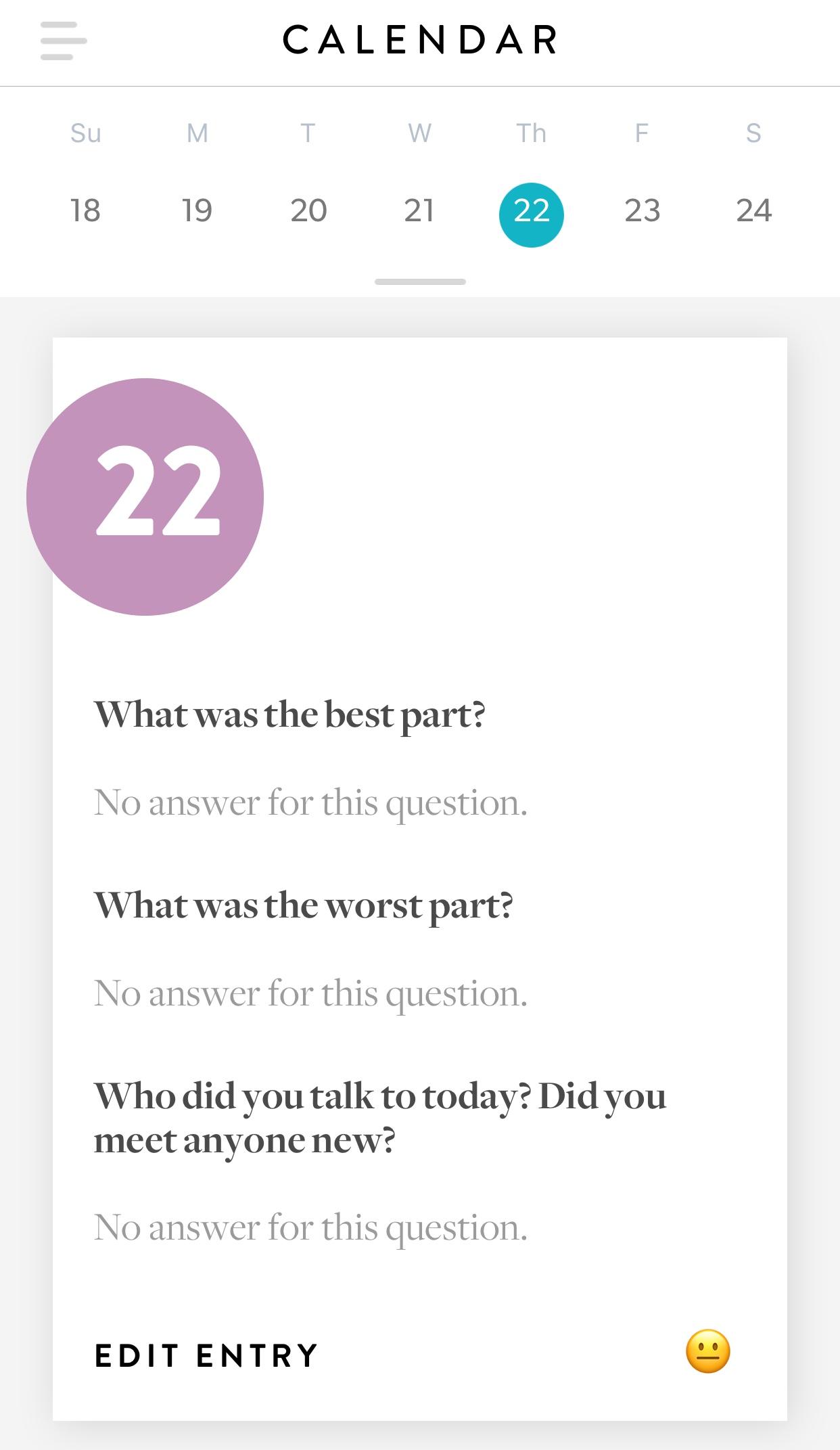 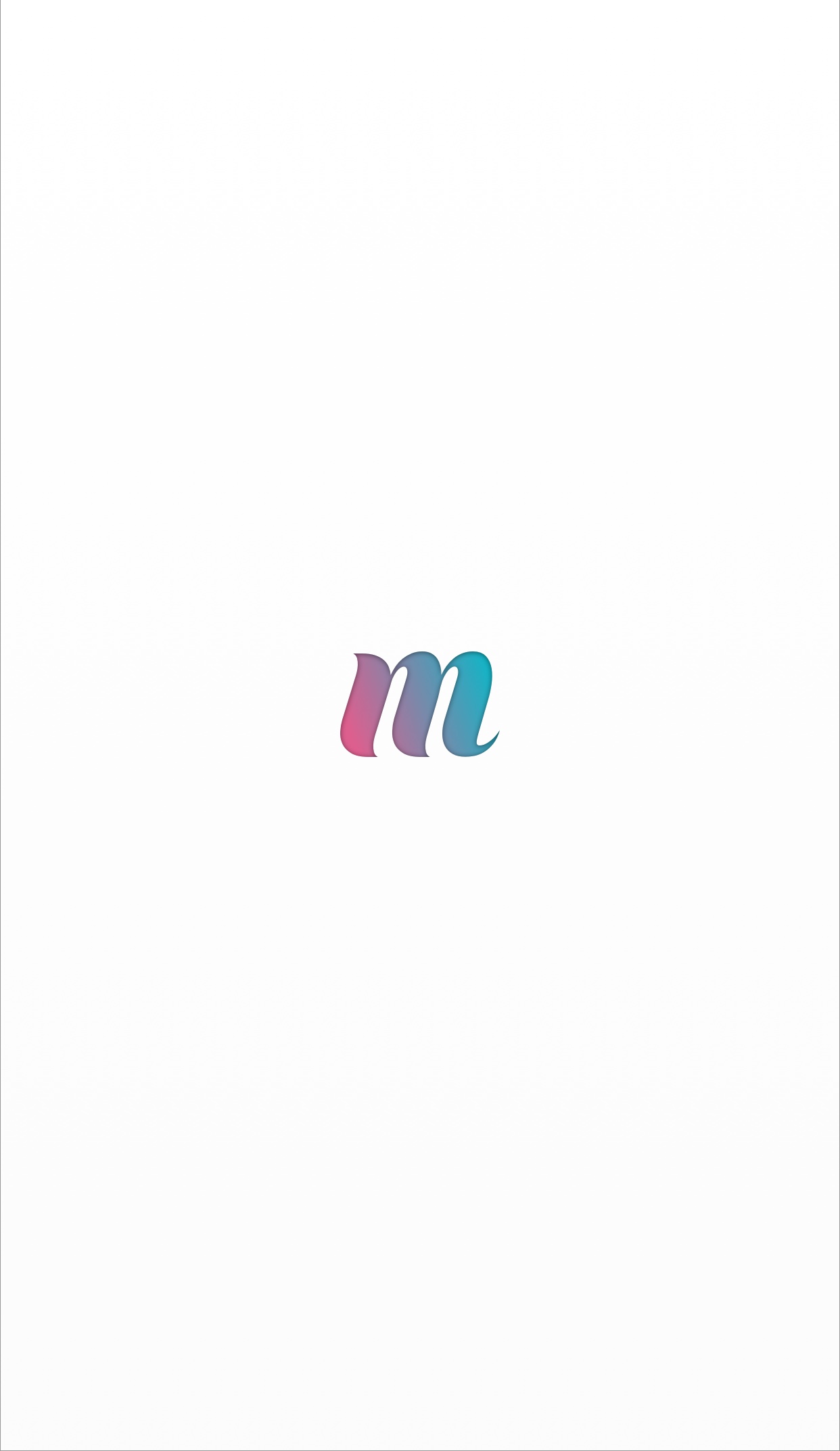 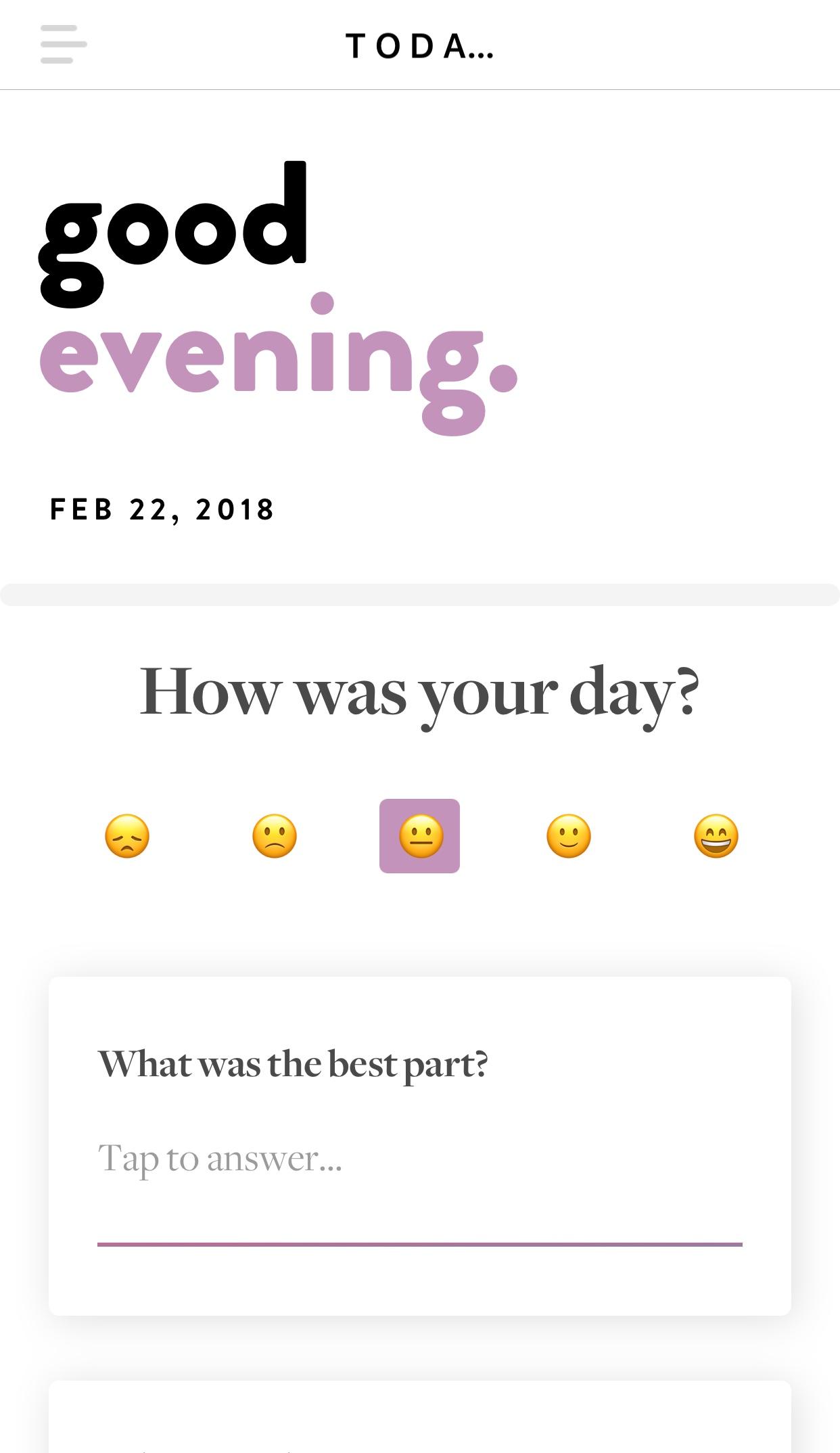 (above) The app’s minimalistic and simple design contributes to a modern, user-friendly interface.