Types of Families at Paly

Nikki Merkle-Raymond is a sophomore at Palo Alto High School. She enjoys rowing crew, and she has an older sister and a dog. She also has two moms.

[su_pullquote align=”right”]“I kind of have to prove that we’re normal.”–Merkle Raymond [/su_pullquote]

This summer, a study by Pew Research Center revealed that over half of American families are, like Merkle-Raymond’s, nontraditional, meaning that they do not include two heterosexual parents who are in their first marriage. Yet, at Paly, only 17.5 percent of families are nontraditional (anything other than two heterosexual married parents living together) suggesting that Paly remains far more “traditional” than the national average. However, while same-sex households, like the Merkle-Raymond’s, make up 2.2 percent of Paly families, same-sex households amount to under one percent of families across America. At Paly, where same-sex families are more common than in the rest of America, Merkle-Raymond says she hasn’t experienced any prejudice, although she has been made well aware that it is not the norm. “People are surprised when they find out,” Merkle-Raymond says. “I’m just like any other kid at Paly.” While she hasn’t faced outright hostility, the unspoken preconceptions of what family means have affected her. “I kind of have to prove that we’re normal,” Merkle-Raymond says. “It’s the exact same as having a mom and a dad.” 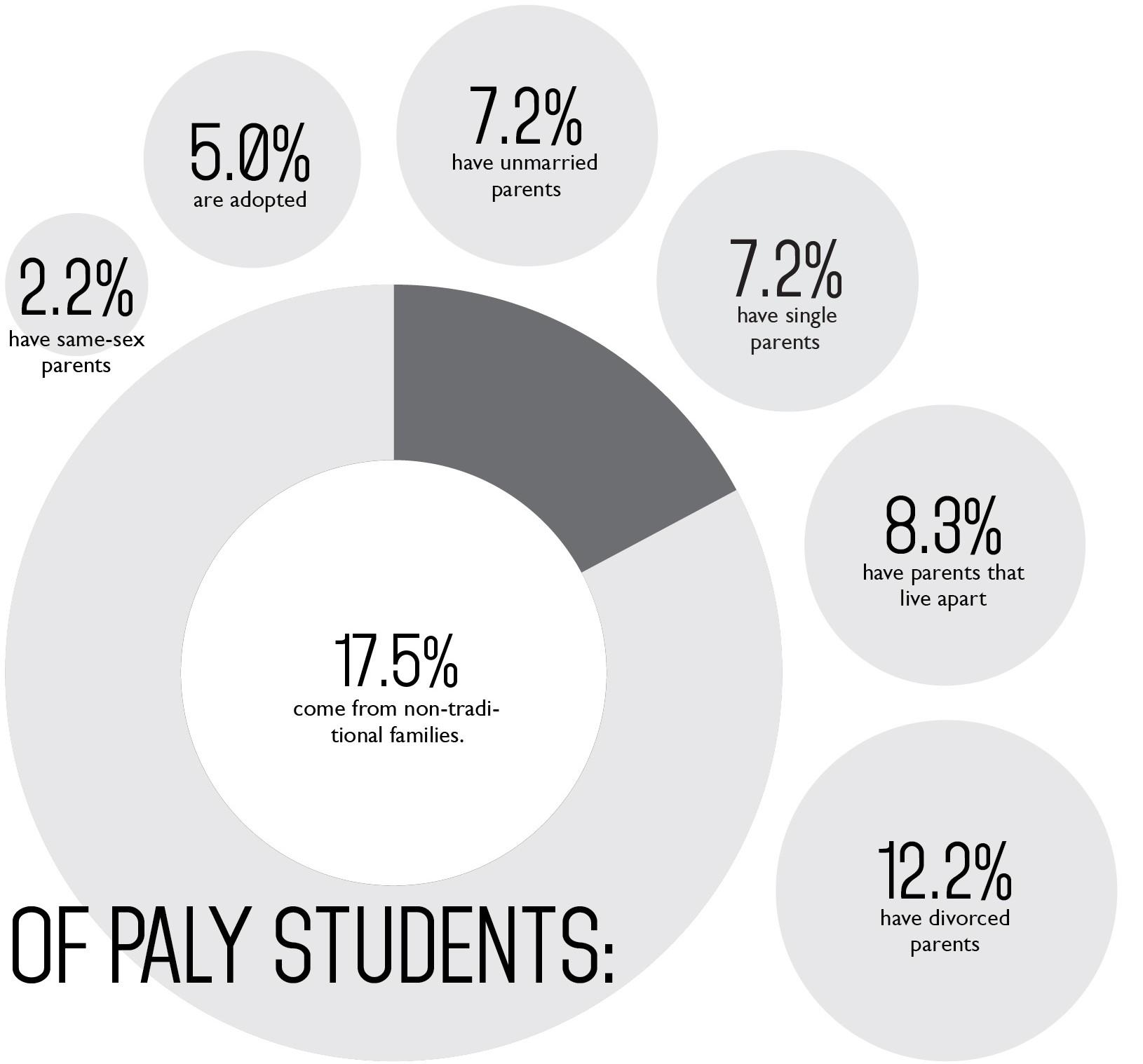