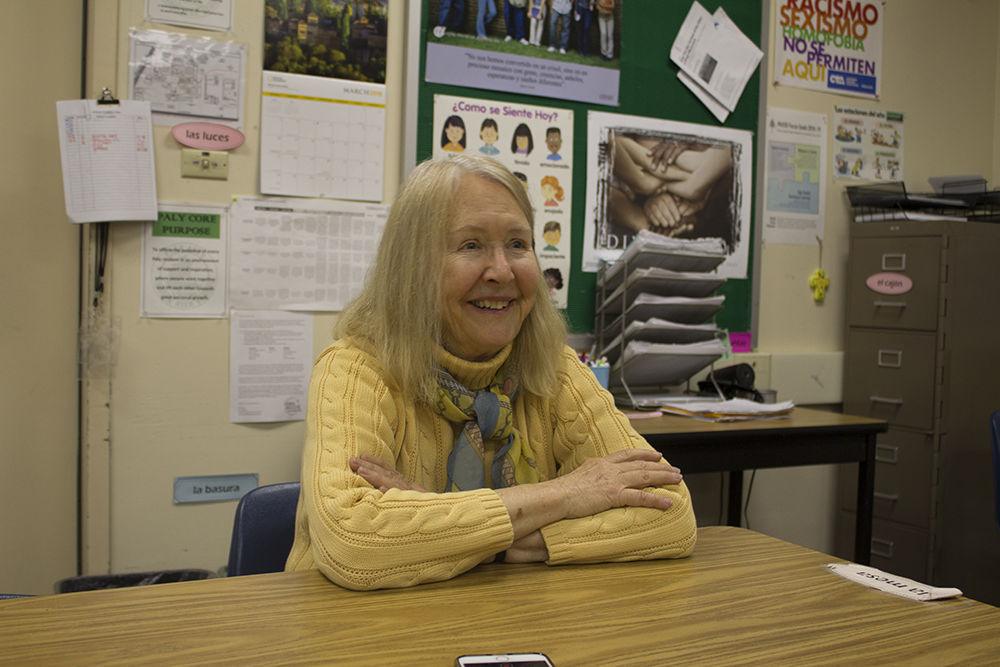 Substitutes. We’ve all had them — some are more eccentric than others, but each is unique in their own way. With teachers frequently away at conferences or meetings, it seems as though the demand for substitute teachers is higher than ever, and in Palo Alto High School’s time of need, our dedicated substitute teachers are always ready to answer the call.

According to Jenny Gardiner, the main office receptionist in charge of coordinating substitutes, there has been a dramatic drop in substitute teachers over the past couple years, with full time teachers temporarily watching over other classes or regularly doubling up on classes.

In light of these recent shortages, substitute teachers have been hard at work. Yet many students know little about them. Who are they? Where do they come from? What lives do they lead outside the walls of Paly?

To find out more about the lives of these temporary teachers, Verde interviewed several substitutes, each one offering a glimpse into their personalities both outside and inside the classroom.   v 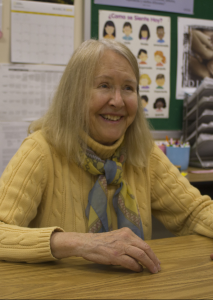 TEACHER TO SUB Cynthia Costell sometimes misses being a full time teacher. However, she also recognizes that as a sub, she does not need to carry the same burdens as she once did as a teacher. “I always felt as a real teacher that if I came home from school and I wasn’t exhausted, it probably meant I hadn’t really done my best that day,” says Costell.

As Cynthia Costell takes a seat, she leans back and puts her feet on the desk. Joking about getting ready for her big interview, she makes sure to say goodbye to every student before they walk out the doors of the Spanish class she is substituting for that day.

Costell has been a teacher at Palo Alto Unified School District since 1964, when she began as a full-time Spanish teacher at Fletcher Middle School.

In 2001, Costell decided to become a substitute teacher instead of retiring in order to support her family and carry on her passion.

The most difficult parts of her transition were the loss of classroom authority, as well as lower pay, decreased health benefits and lack of union representation as a sub, Costell says.

According to Costell, substitute teachers are often not granted the same respect as other teachers and may not be well-versed in the subject they are supervising. However, Costell, who primarily substitutes for foreign language classes, is anything but under qualified.

The veteran sub speaks English, German, Spanish, French and Czech and has traveled the world, teaching English to students in the Czech Republic and visiting every Spanish speaking country in the world, apart from Uruguay. She even once “snuck” into Cuba illegally, which she described as “just a kick.”

“I think it’s in my blood,” Costell says. “My mom was a French teacher and one of my grandparents was a teacher.”

For Costell, the most challenging part of being a substitute teacher is not dealing with the occasional disruptive student, but rather the end of the day, when she has to go home knowing she will not be able to continue teaching the students she has just grown close to.

“It’s always kind of nostalgic to walk out of a classroom, especially if it’s a school that I know pretty well and kind of say ‘Well, hope to see you again,’” Costell says. 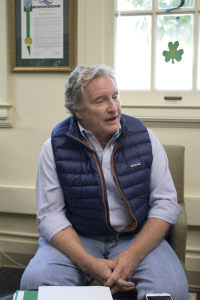 STUDENT CONNECTIONS Over the years, Mason Hersey has formed a bond with many students. “I find it very impressive how much kids can learn within a short amount of time and really how they’re character develops,” says Hersey.

Like many other substitutes at Paly, Mason Hersey did not originally begin his professional career frequenting the halls of a high school. Rather, he says he spent the majority of his life in the film industry, working first as a camera assistant and then as a camera operator for various features and commercials.

When his time in the film industry came to an end, Hersey and his wife decided to move their family to Palo Alto. From there, his wife recommended he start substituting for various schools in the area, Hersey says. This is how, 12 years ago with no prior teaching experience whatsoever, Hersey began his journey as a substitute.

Hersey’s ability to teach seems to come naturally ­— he approaches all his classes with a sense of humor, usually already familiar with a couple of kids in his classes. In fact, Hersey says one of his favorite parts of substituting is watching former students develop over time. 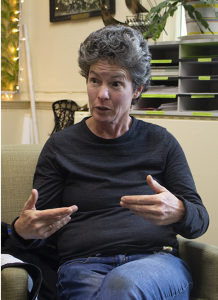 SUB STRUGGLES Katherine Talbot understands the struggles of being a substitute, but has learned never to jump to conclusions about her students.“Treat everybody with respect and don’t ever assume that you know what’s going on,” says Talbot.

Before becoming a sub, Talbot used to be a science teacher and still loves to substitute for science classes; now, though, her favorite class to sub for is history.

“In science, the questions seem to be fairly black and white and there’s not a lot of opinion that goes into it,” Talbot says. “But in history you can have these fabulous, complex discussions.”

As a seasoned substitute, her secret to success has always been to treat her students with respect.

“Treat the kids like grown ups because [they] are,” Talbot says. “Treat everybody with respect and don’t ever assume that you know what’s going on.”

Talbot loves teaching, so for her, one of the biggest challenges of substitute teaching is when a class is too well-prepared, and all she has to do is watch the kids work on Schoology. She particularly enjoys leading class discussions and interacting with students.

After many years as a substitute, Talbot has grown to appreciate how organized both Paly students and teachers are, making her job easier and more enjoyable.

“The teachers leave just awesome lesson plans so that things are very well-prepared and the students are well-prepared,” Talbot says. “So if you’re going to do a job, this is about the best job you can do.”