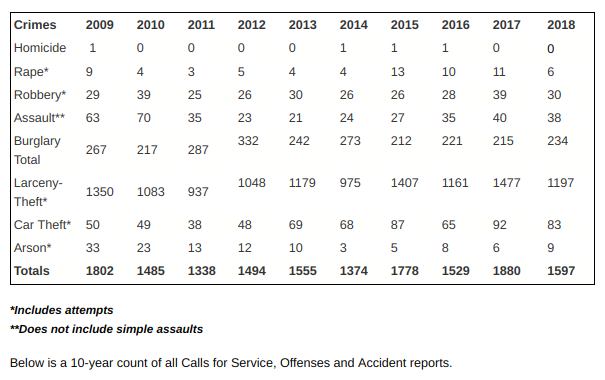 Despite the high publicity of recent crimes across Palo Alto, the police department has reported a lower crime rate compared to the same time frame in 2017.

Palo Alto Online reported on multiple pedestrian assaults and robberies as well as the robbery of downtown’s Wells Fargo. According to the Palo Alto Police Department’s website, however, recorded crimes dropped from by almost 300 instances from 2017 to 2018.

The only increase in crime Palo Alto experienced this past year was in commercial and residential burglaries by 14 and 15 percent, respectively. Crime rate totals have fluctuated each year with 1597 recorded in 2018, slightly below the recorded year before 1881.