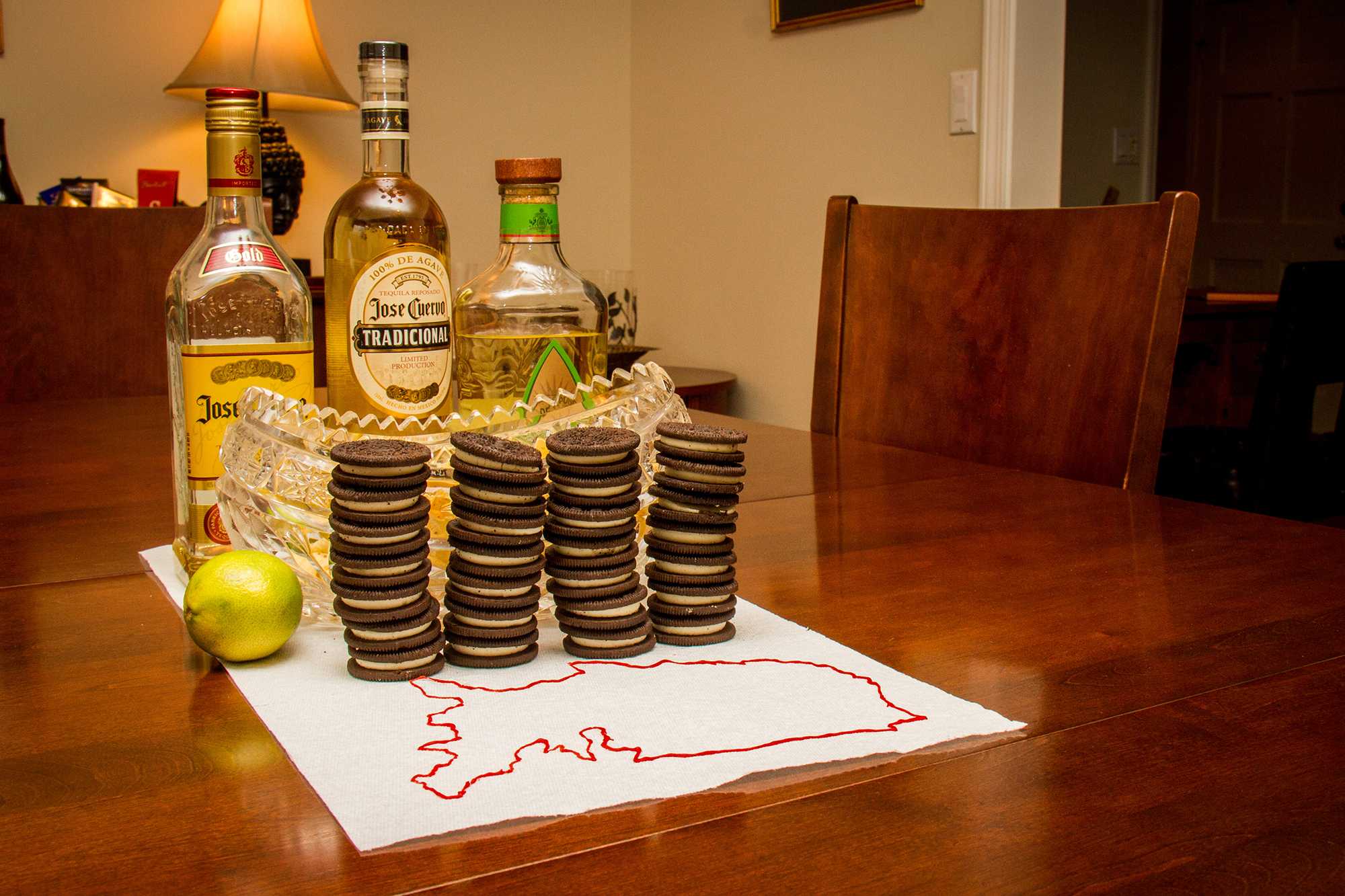 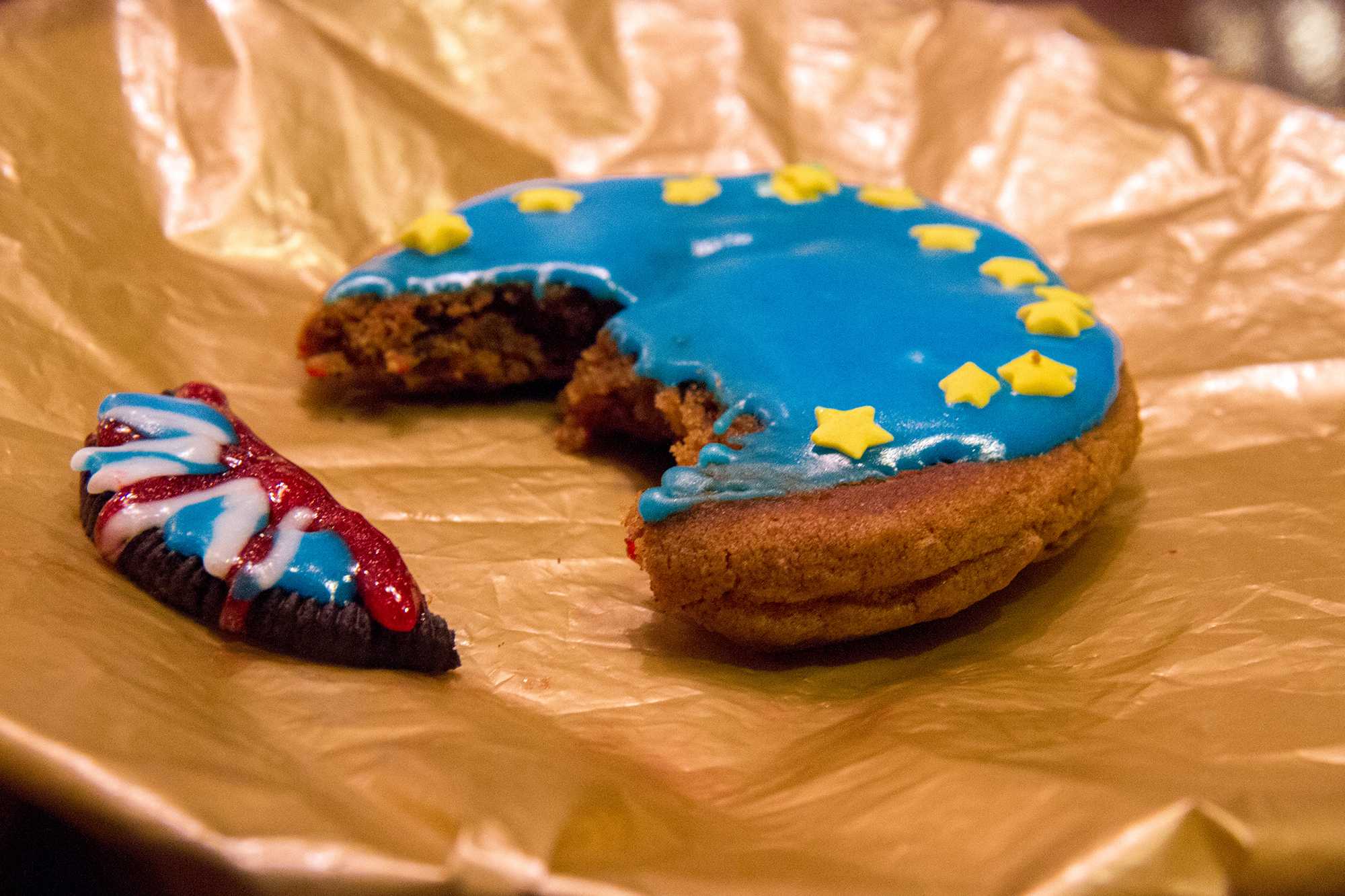 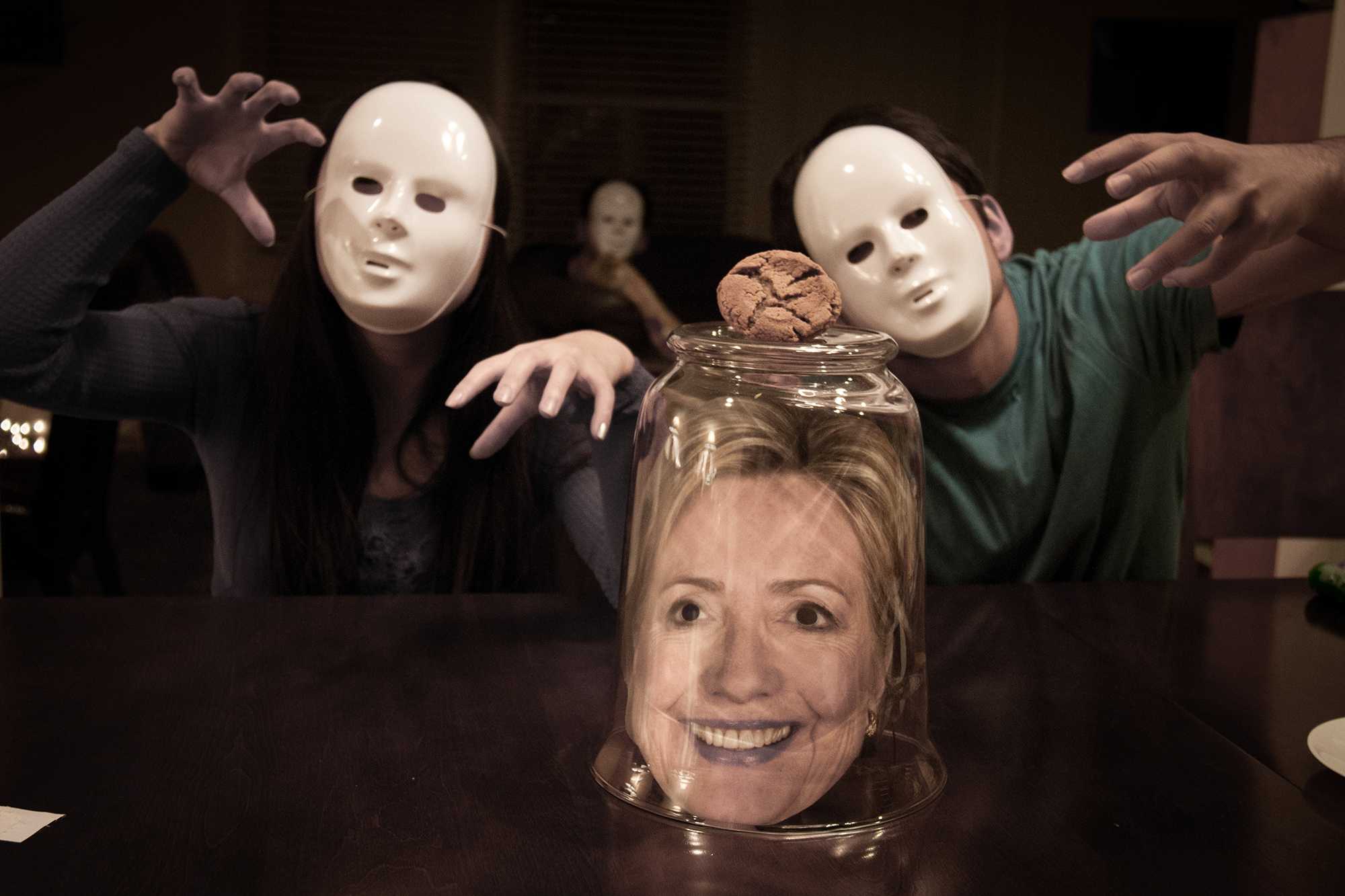 2. The Glass Ceiling: Trump’s nomination as president-elect extends the stretch of male-only presidents to 227 years. During her campaign, Hillary Clinton voiced her desire to break the symbolic “glass ceiling” and become the nation’s first female president, which now remains but a dream. Historians and presidential analysts attribute her defeat partially to the corrupt image she acquired during her campaign (certain unidentified hackers exposed her usage of a private server during her term as Secretary of State).

3. The Wall: One of the most controversial and defining policies of president-elect Donald Trump’s campaign was his promise to battle illegal immigration by building a wall along the Mexican border. Trump’s words have elicited outrage from various ethnic groups, including Hispanic Americans, a population of 55 million individuals that constitute 17.6% of the nation’s total population. 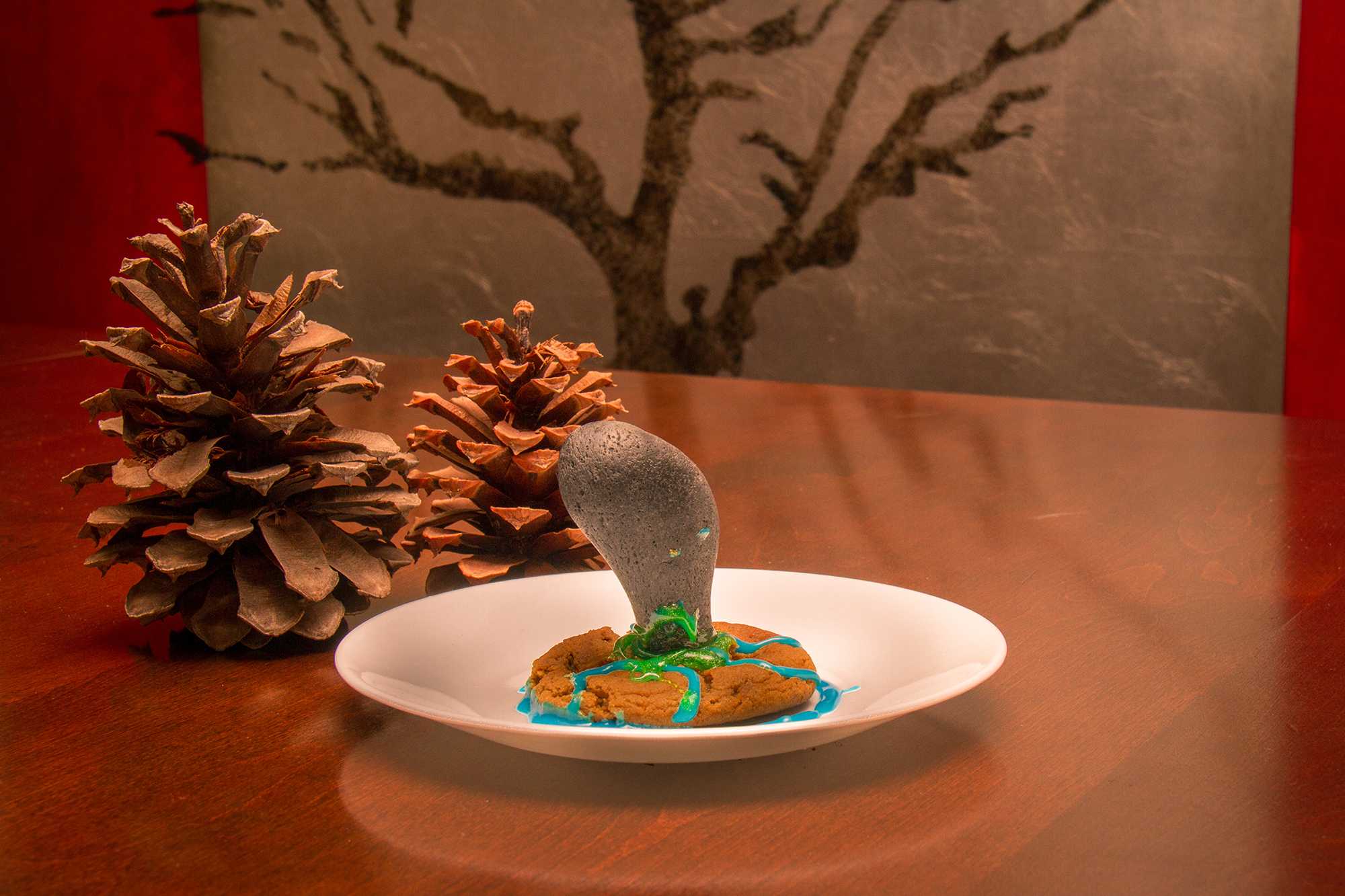 4. DAPL: The Dakota Access Pipeline was set to be built through Standing Rock, a Native American Reservation. On this path, it would cross underneath the Missouri River. This garnered much protest due to cultural and safety reasons – should the pipeline burst, the reservation’s vital water supply would be contaminated. The protests, initiated by locals, rapidly gained support, and the effort appears to have paid off; on December 4, the Army Corps of Engineers took measures to halt the construction of the pipeline while they search for alternate routes. An ultimate resolution has not yet been reached, but for now the protests appear to have been successful. 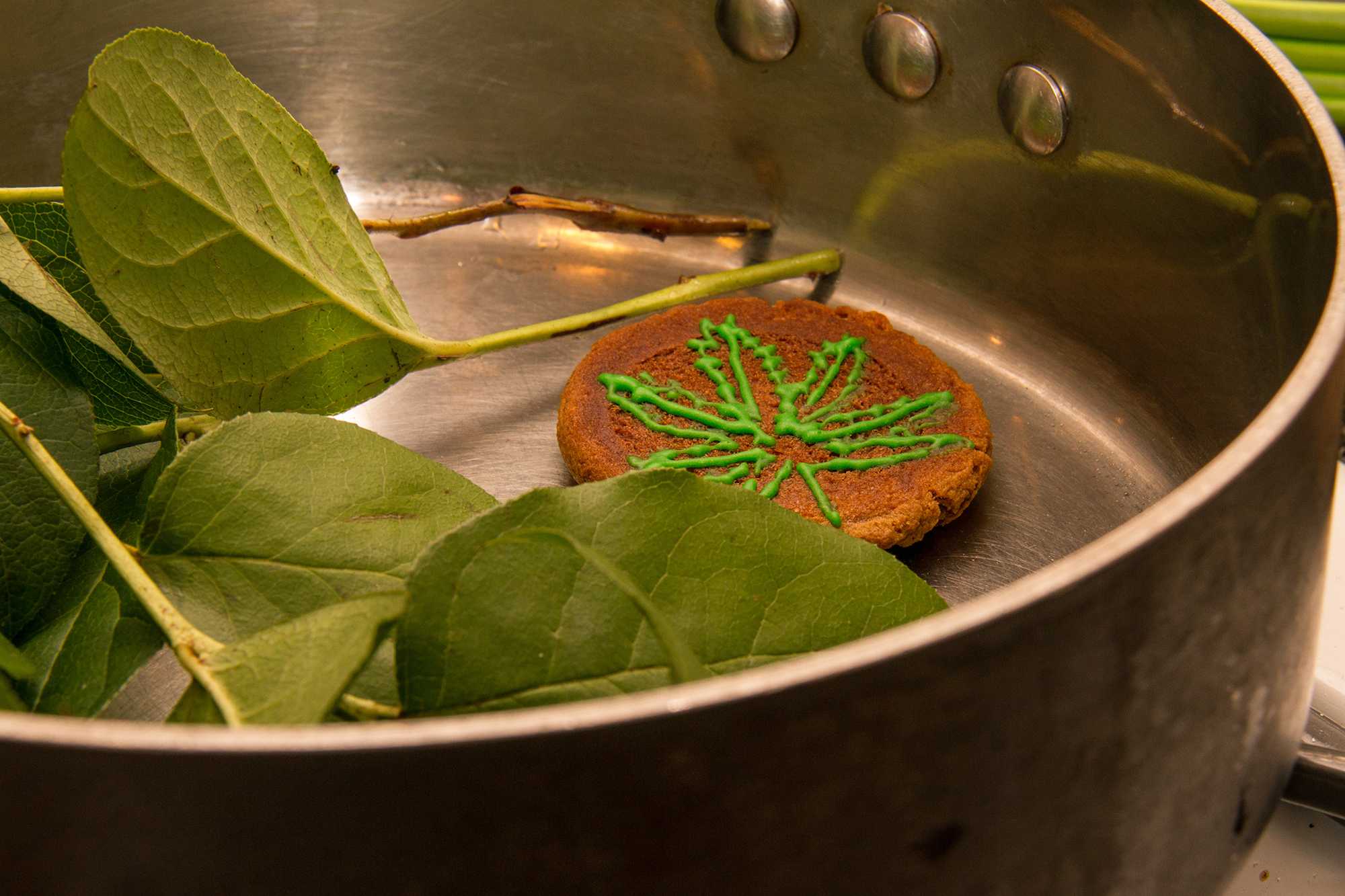 5. Marijuana Legalization: On November 8, 2016, Proposition 64 was passed in California, legalizing the recreational use of marijuana for individuals 21 and older. The “yes” vote, which will go into effect on January 1, 2018, foreshadows underlying complications for the cannabis industry. Thousands of dispensaries are contemplating remaining in the gray market to avoid government regulation and local taxes. 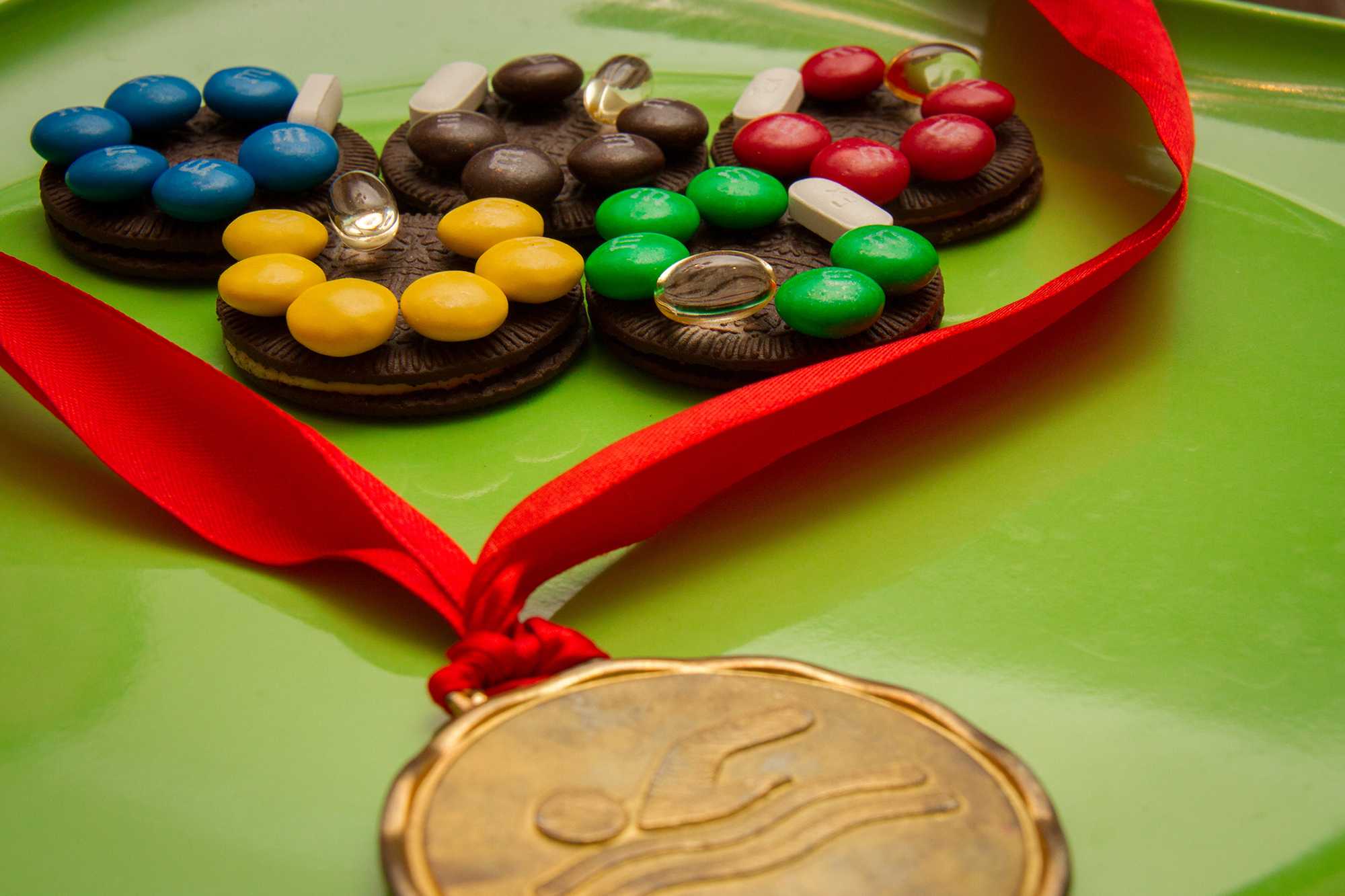 6. Olympics: The 2016 Olympics will be recorded in history as one of the most memorable Games of the recent past, but perhaps not for the reasons anyone would anticipate. Aside from the near-bankrupt state of the Rio government and absence of many of the world’s best athletes (due to the health concerns posed by the widespread Zika Virus), this year’s Olympics marked yet another doping scandal by the Russian government. 111 of the 389 athletes submitted by Russia were prohibited from participating in the Olympics as a result of unauthorized drug administration. 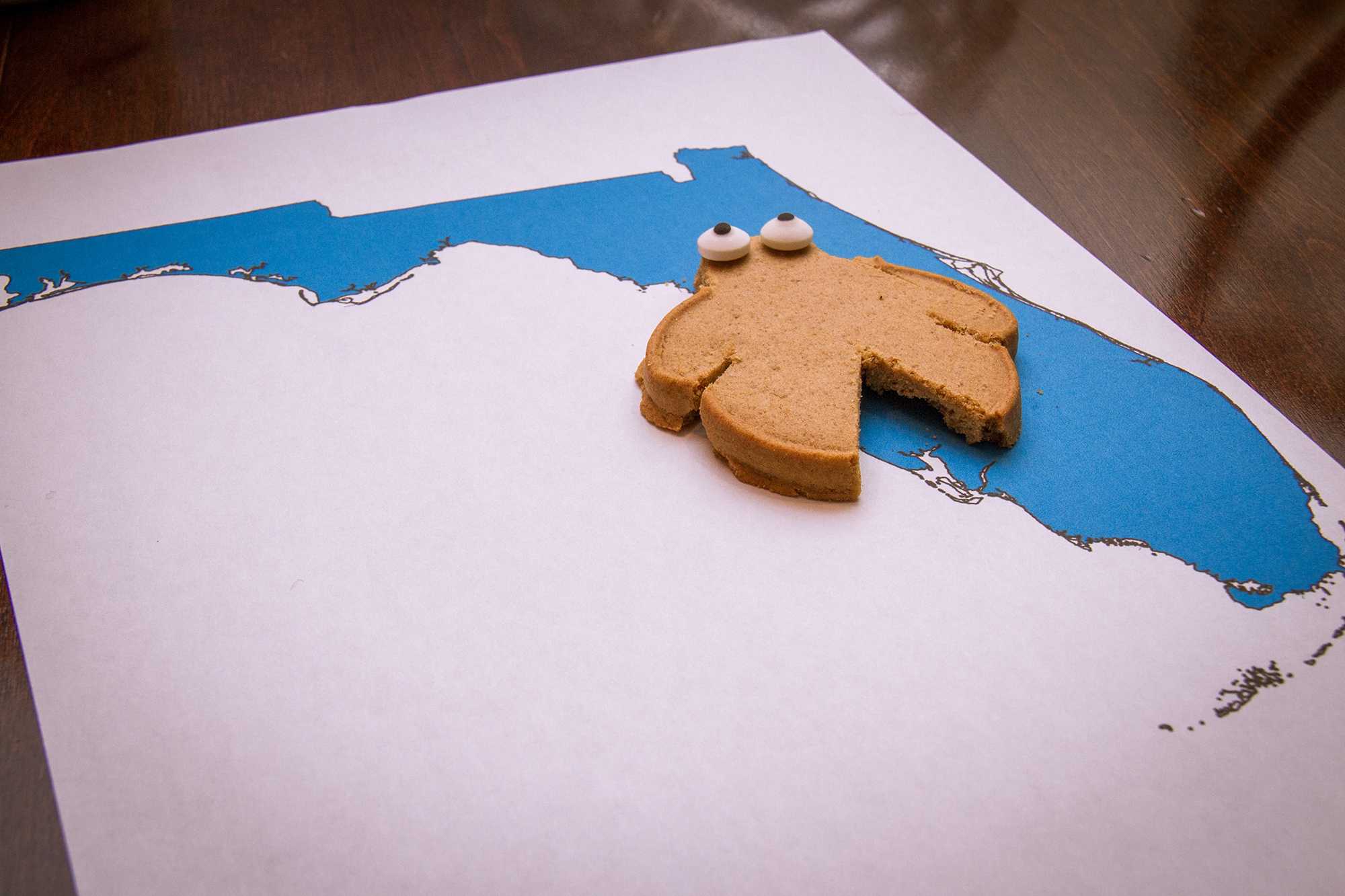 7. Zika: Beginning with the 2015 outbreak in Brazil, the Zika virus – spread primarily through infected mosquitoes – has been active in Central and South America as well as select U.S. states, especially Florida. Zika can induce microcephaly, a serious birth defect that causes babies to be born with shrunken heads, impeding brain development. Its prevalence in Rio caused many athletes to forfeit their opportunities to participate in the Olympics. 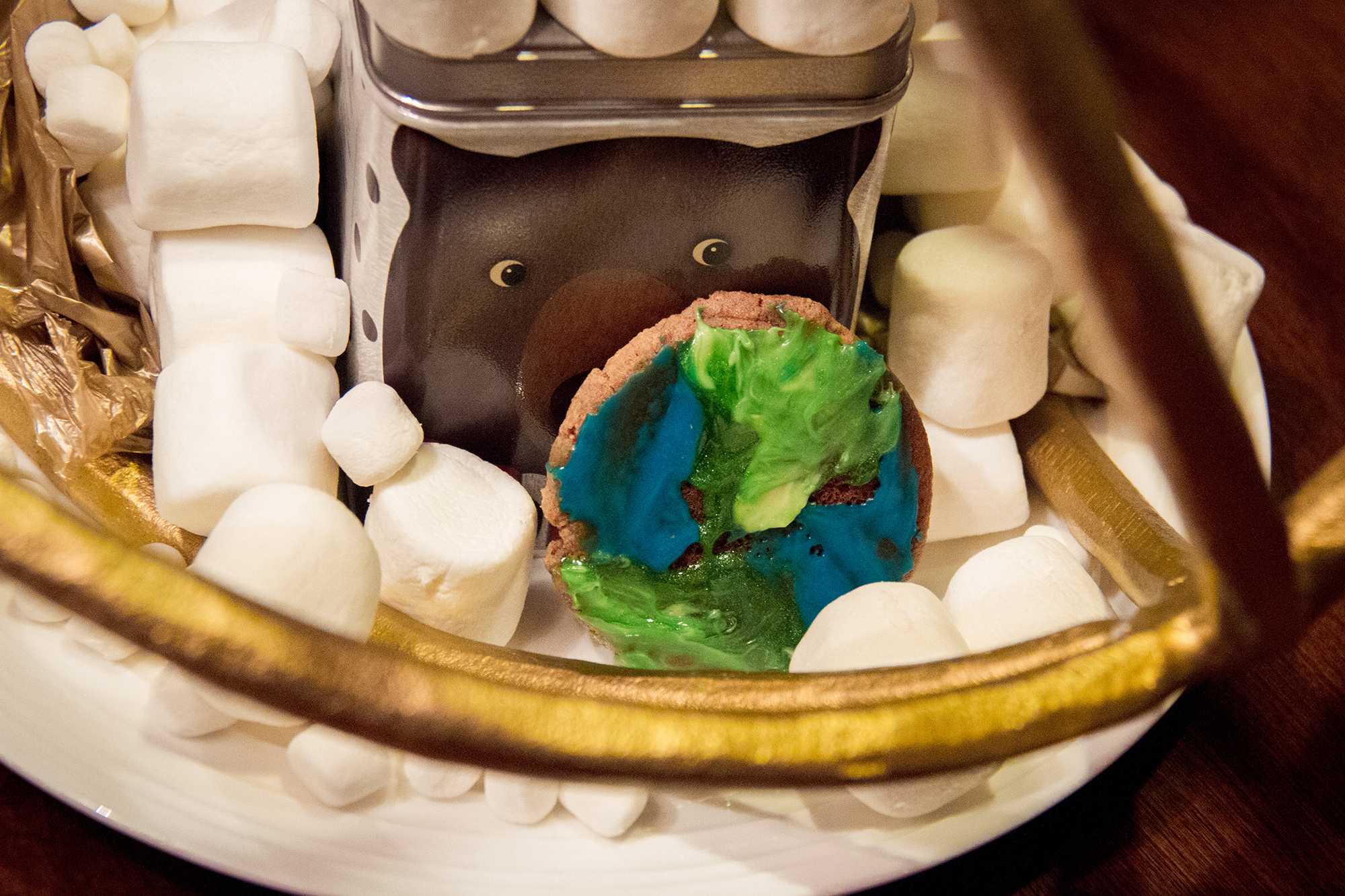 8. Climate Change: Although scientific research and analysis has proved that human-induced climate change is a real and pressing issue, with potential ramifications for ecosystems, infrastructure and transportation, Donald Trump does not accept environmental issues as a reality. His policies on climate change and desire to dismantle the Paris agreement (a legally binding deal signed by 195 countries acknowledging the dangers of climate change and pledging to limit global warming) create an uncertain environmental future for the United States. 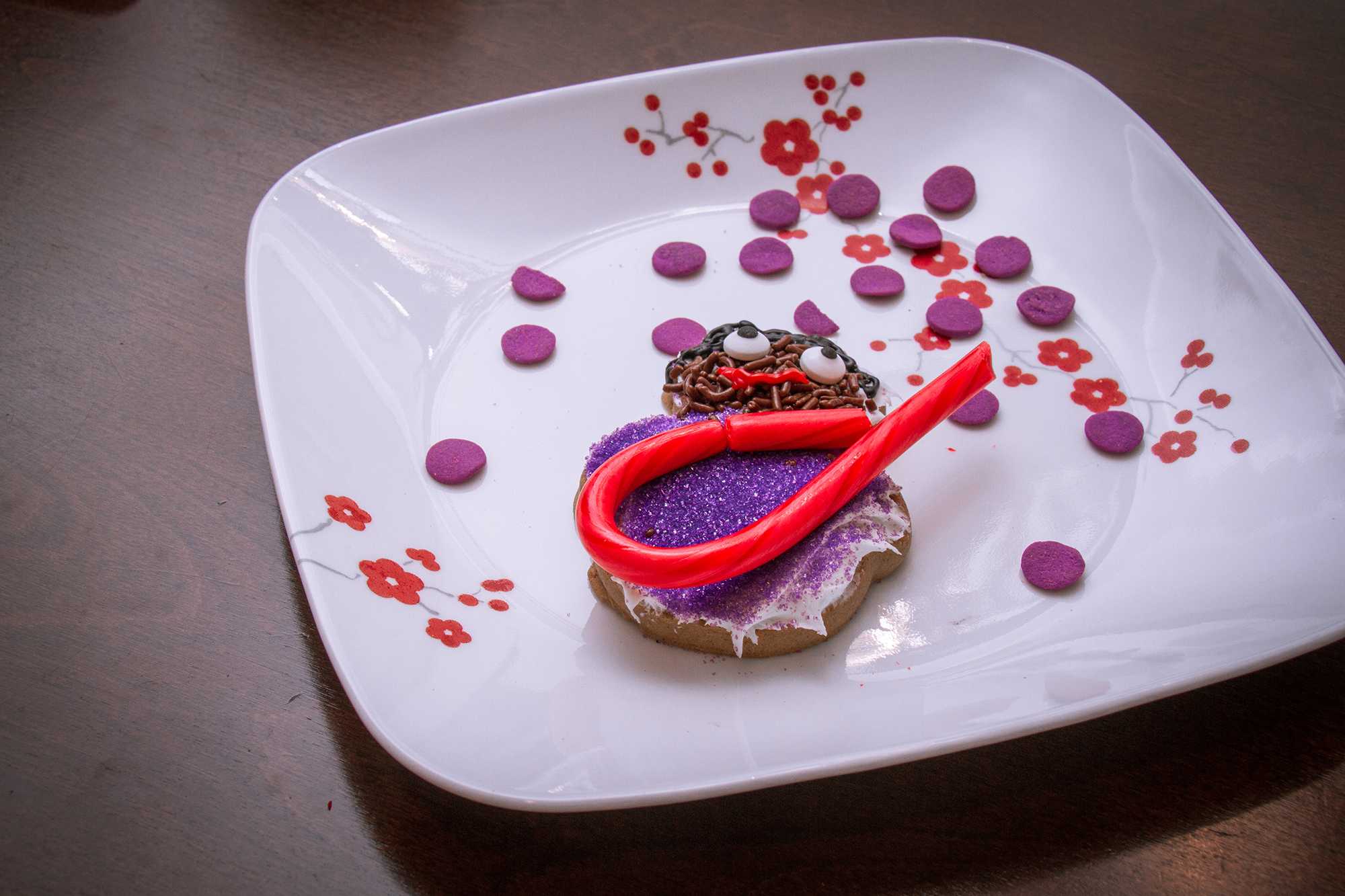 9. Prince: Prince, an American musician who incorporated rock, soul wave, funk, R&B, pop, and psychedelia to sell more than 100 million records and win seven Grammys, was found dead in his home on April 21 due to an opioid overdose. His endless achievements, including an induction into the Rock and Roll Hall of Fame and unprecedented contributions to modern-day music, have established him as an iconic figure that music fans will forever be indebted to. Between the deaths of distinguished artists such as Prince and David Bowie, the music world has recently suffered the loss of two of its greatest musicians. 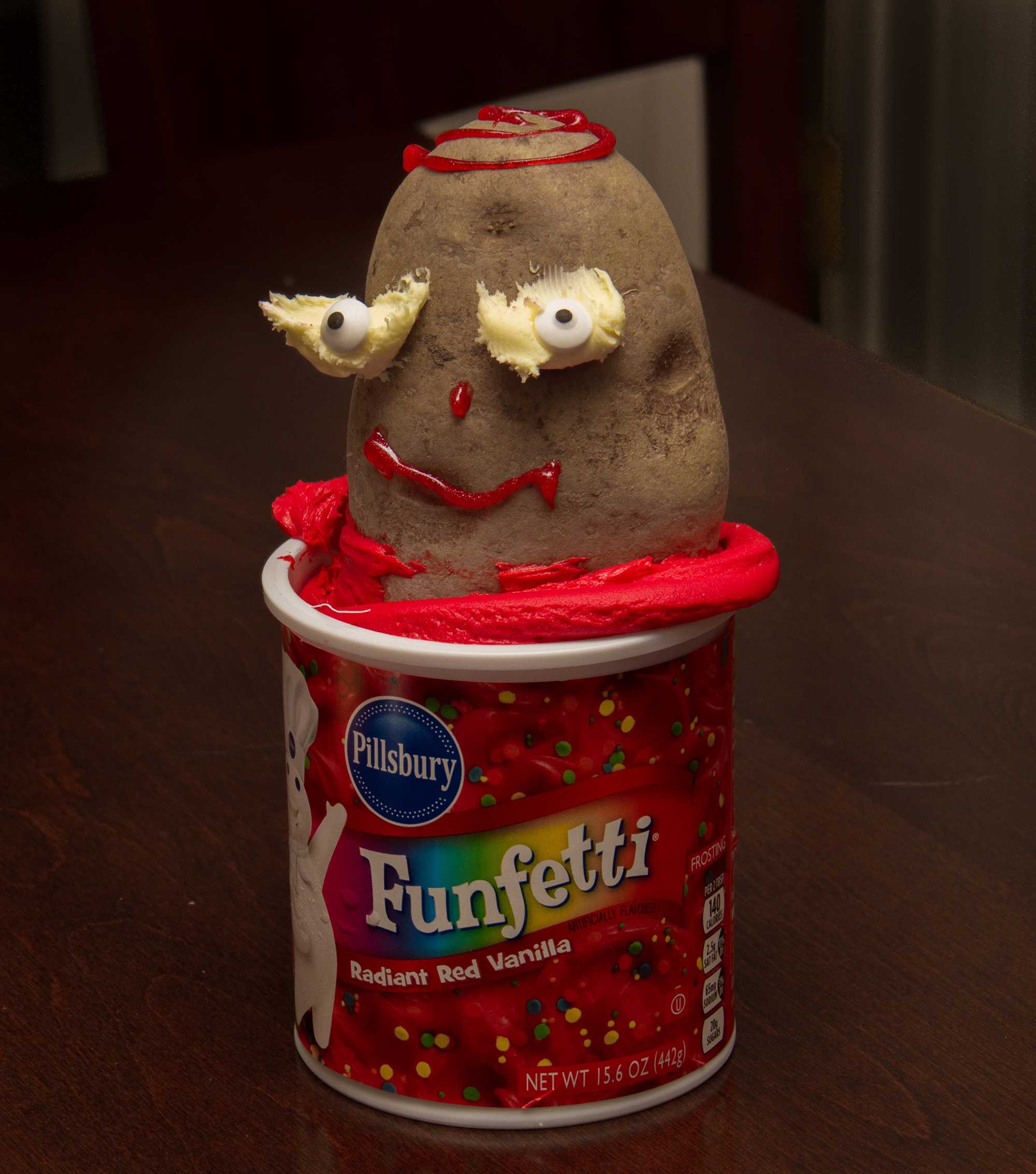 10. Fake News: Fake news has played an increasingly large, and negative, role in recent events. An example of widespread fake news is the supposed “undercover” footage of a Planned Parenthood abortion, which went viral and led to a shooting in a Planned Parenthood facility. Additionally, the news is now often used as a tool of attack; for example, FBI director James Comey released a statement saying the Hillary Clinton email investigation was to be reopened just a few days before the election, creating speculation that this was intended to persuade people from voting for her in the final hours – a claim validated by the fact that no new evidence had actually come to light. More recently, a fake news conspiracy that Comet Ping Pong (a pizza joint in DC) practiced pedophilia inspired one man to investigate, which he did by entering the establishment with a gun. This conspiracy, which started during the election as an attack on Clinton, accused her of being involved with a child sex ring run through Comet Ping Pong. Despite the clearly outlandish claims, some people are inclined to believe it. These examples show that fake news can create false realities, which not only damage the credibility of the real press but also lead to dangerous, and often tragic, conclusions. 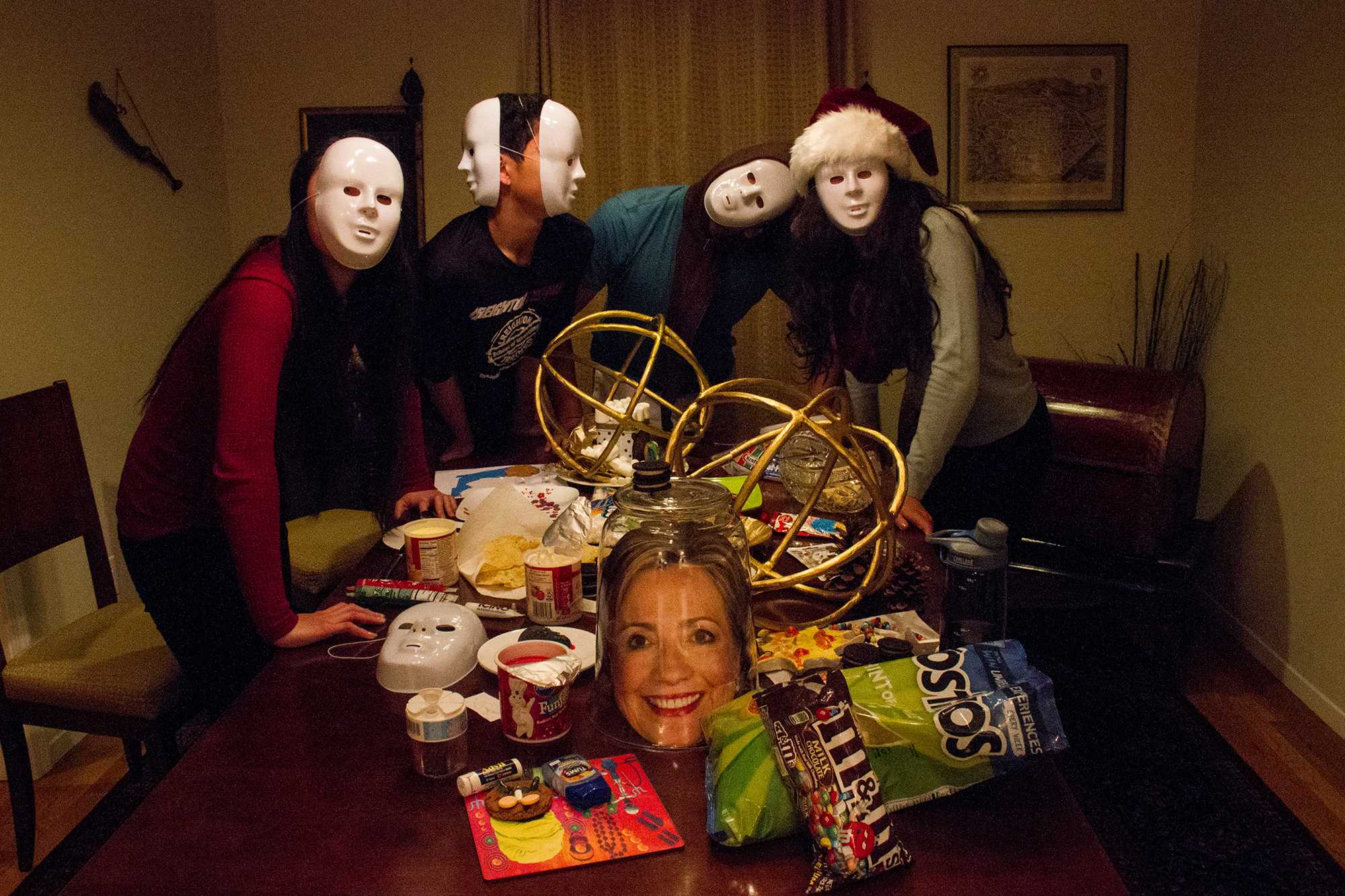 11. Hackers: Hackers are playing an increasingly large role in manipulating the events of today’s world. Recently, hackers from Russia meddled with the American election by hacking the Democratic National Convention’s server and leaking information. This highlights not only the terrifying issue of an increase in the power of malicious hackers, but also brings up the issue of foreign involvement in domestic procedures. In an increasingly connected world, sabotage is easier, more unpredictable, and more dangerous than ever. 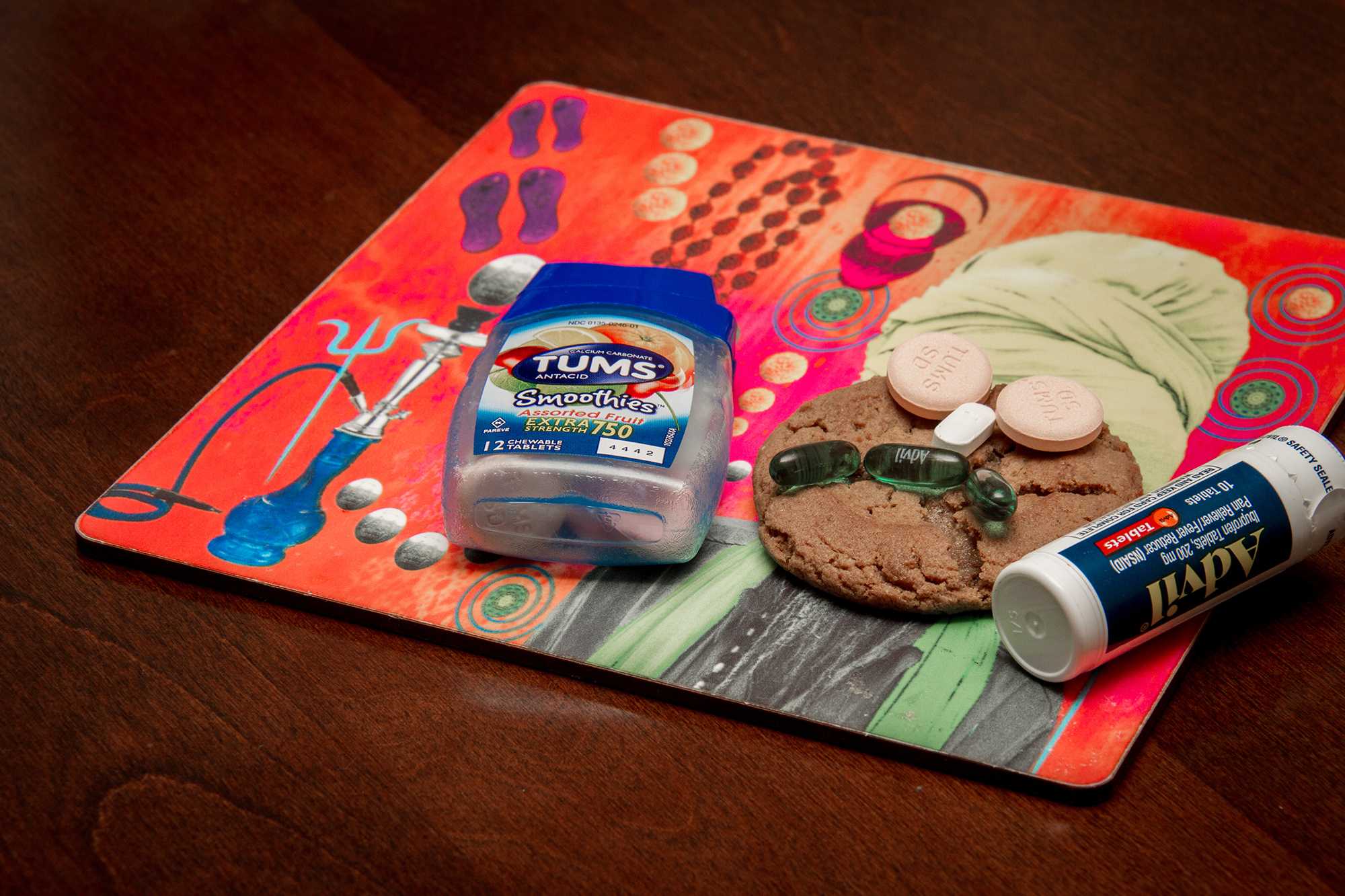 12. 2016: When examining 2016 as a whole, most of us can name multiple tragic events that have occurred, whether it be the Zika epidemic, the deaths of beloved music stars, the breakdown of the EU, or the election of who many consider to be a demagogue. The abundance of adversities faced by the American population have caused many to look towards 2017 with hope that the new year will make up for 2016’s many pitfalls.