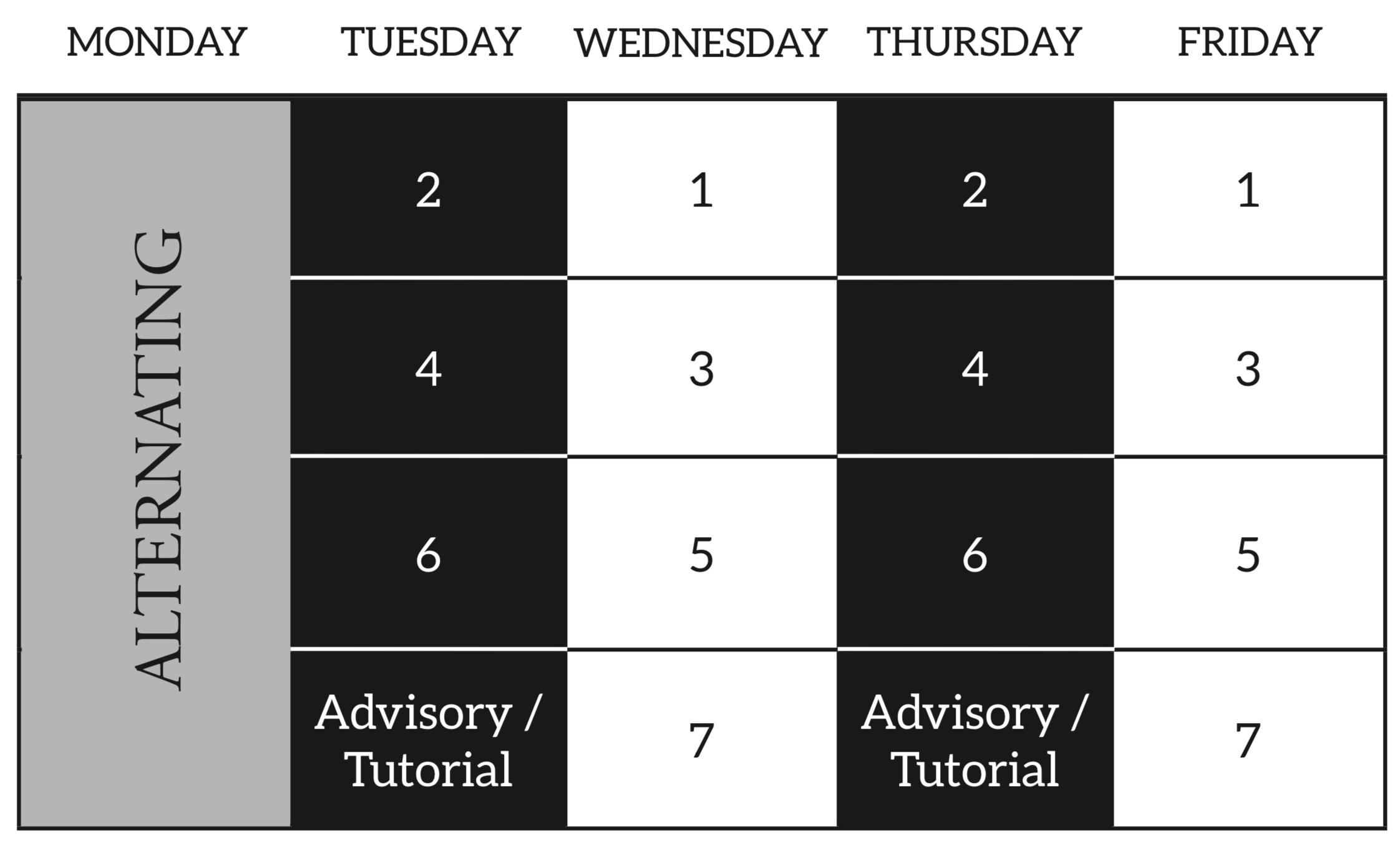 OUT WITH THE OLD Starting in the 2019-2020 school year, Palo Alto High School will implement a new bell schedule consisting of alternating Mondays between odd and even days every week, while other days of the week remain fixed as either an odd or even day. Chart by Myra Xu

New schedule for next year: Mondays to rotate instead of whole week

After two years of debate and unforeseen changes, Palo Alto High School is implementing a new bell schedule that consists of fixed odd or even days of the week while alternating Mondays.

“According to our surveys, all stake- holders wanted more consistency [in our schedule],” Principal Adam Paulson said.

To incorporate student opinions into the creation of the new schedule, Paulson had students and parents fill out a survey earlier the 2018-19 school year, regarding class start times.

Despite this effort, senior class President David Foster, who was a member of the Innovative Schedule Committee, says there was not enough student input in the process.

“Anyone can do research, anyone can send a survey to the student body, but the place where students should have a voice is at the end,” Foster said.

According to Foster, students are the ones who will be most affected by the schedule, and thus have a unique perspective into the parts that matter most.

“When people don’t pay attention to something that really does matter to students, it is frustrating,” Foster says.

Last year, the ISC was formed to develop a new bell schedule based on the preferences of students, parents and teachers. After a schedule was created and confirmed, the state auditor rejected it due to conflicts with instructional minutes requirements, forcing Paulson to quickly adopt a new schedule. This sudden change led to frustration among students, who felt as though their choices were not incorporated into the decision.

Foster thought the schedule the ISC had come up with integrated student preferences as well as consistency. “If you actually look at the schedule we came up with … these things are so different,” Foster said. “It was really consistent, if you look. Classes were a bit shorter, and then of course you had your late start.”

“There are going to be pros and cons. You can never please 100% of the people. From a student’s perspective those Mondays might take a little getting used to, but using scheduled emails as reminders [is one way] to help … You guys are resilient, you’ll figure it out.”