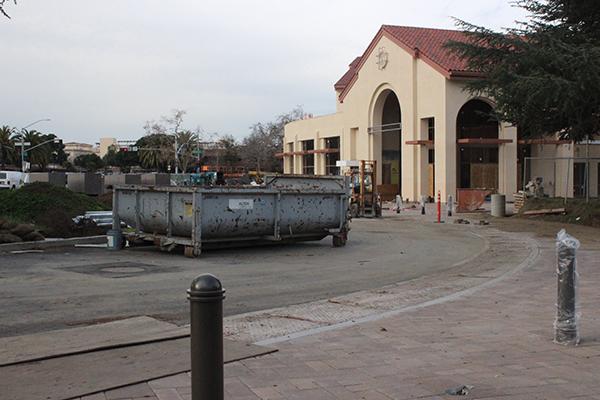 The construction of the Palo Alto High School Performing Arts Center is nearing completion, according to Assistant Principal Jerry Berkson. The new building will house theater, choir, orchestra, and band classes and performances.

Although the construction is set to finish in April, the building will not officially open until October. According to Berkson, the administration wants to make sure everything functions correctly before allowing people to use the building.

“We want to work out the kinks,” Berkson said.

According to Berkson, the construction has stayed on schedule.

Berkson says all of the performing arts classes have special performances planned for the grand opening.