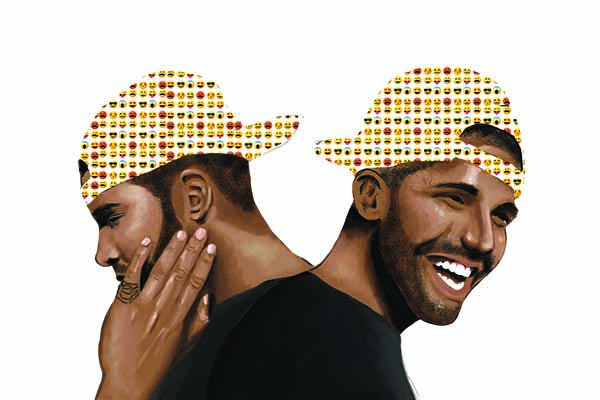 Music Review: Drake — If You’re Reading This It’s Too Late

As much as I would like to hope “If You’re Reading This It’s Too Late” is (by extension of the title) a death note for Aubrey Drake Graham’s career as a rapper, unfortunately it appears this is only the beginning for the 28-year-old Toronto superstar.

In reality, the title of this newest tape can most easily be derived from the recent heated tension between the Young Money artists (Drake, Lil Wayne, Nicki Minaj) and Cash Money Records’ co-founder, Bryan “Baby” Williams. By releasing what should have been a free mixtape as a retail album, Drake finally freed himself from his contractual agreement with Cash Money and therefore no longer has to deal with Baby.

But politics aside, let’s get into the music — or at least what’s left of it on “If You’re Reading This.”

One of Drake’s greatest offenses on this record is his uncanny ability to contradict himself on nearly everything. Right off the bat on the song “Legend,” Drake sings, “I’m too good with these words” but ironically nearly the entirety of the album is littered with wholly uninteresting verses and storytelling, sparse wordplay and (as is paradoxically shown in this very line) undeserving brags. With his drawn out, headache-inducing, auto tuned rap-singing throughout “Legend” and the rest of the album, Drake makes the vapid nature of his lyrics more discernable. From the start it becomes clear that he has almost nothing of importance to offer to his audience. If Drake wants to be considered one of the greats, he at least has to be better, lyrically, than his contemporaries, first and foremost Kendrick Lamar who Drake even beefed with after Lamar’s iconic “Control” verse.

Drake contradicts himself again on the track “You and the 6,” when he says in a monologue to his mother, “They cloning me, mama / Them n****s wannabes, mama / It’s like — I’m the one they wanna be, mama,” yet on a number of tracks he copies Young Thug’s lyrical delivery. Also, let’s not forget to point out the absolutely terrible attempt at word play here when Drake practically repeats himself (and I’m not talking about “mama”).

Another problem present in “If You’re Reading This” is that Drake really doesn’t have much to say most of the time. He tries to make up for this apparent deficit by attempting to create pop-culture trends, a very Drake-like thing to do. The most obvious of these attempts is Drake’s obsession with renaming Toronto “The 6,” and calling himself the “6 God” (“The 6” is derived from the Toronto area codes 416 and 647). On a number of the song titles Drake inserts his precious “6” (ex: “6 God,” “Star67,” “6 man,” “You & The 6,” and “6PM in New York), and on a majority of the tracks he incessantly references it, as though him saying it is going to make it true. Not only is this incredibly annoying, but it seems to dominate the whole concept of his album. On the bright side, at least he has a concept, right?

Well, to my combined horror and amazement, “If You’re Reading this” has become one of Drake’s most popular albums to date, and only seems to increase Drake’s longevity in the rap game. As Drake mentioned on his song “Star67,” he and his crew are “blowing up” as in they’re gaining massive popularity. I just wish he were blowing up in the way celestial stars do — indicating their imminent downfall and destruction.